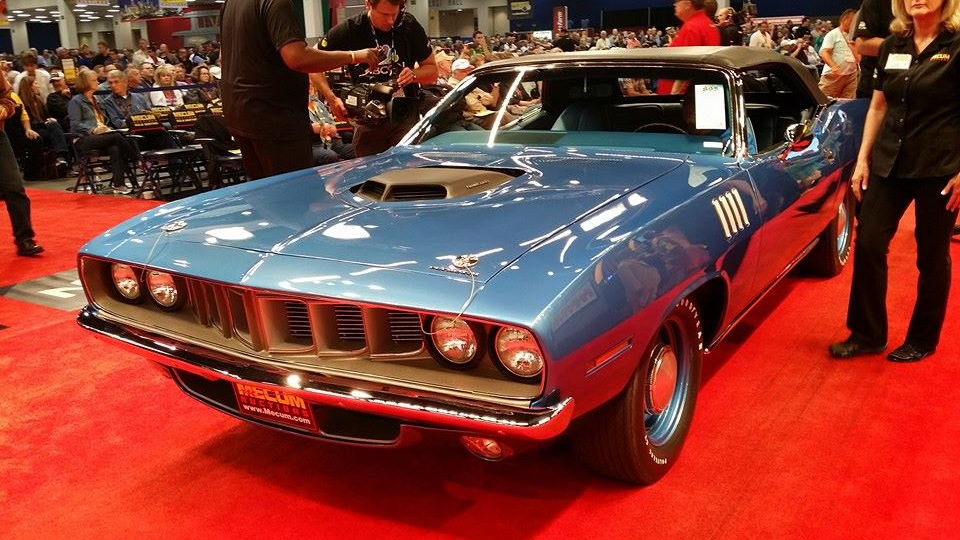 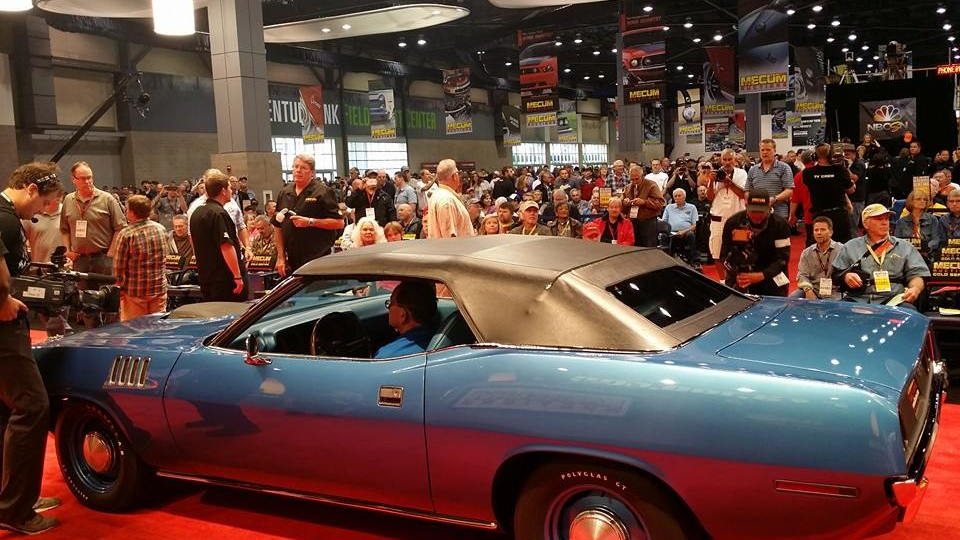 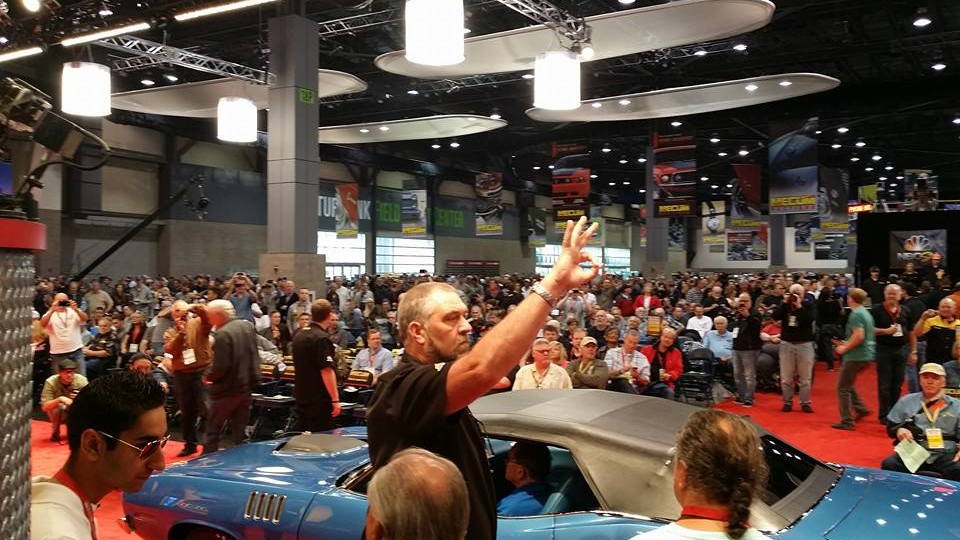 3
photos
If further proof were needed of the growing value of America's iconic muscle cars, the sale price of a 1971 Plymouth Hemi 'Cuda convertible sold at a recent Mecum auction in Seattle should do the trick. Wearing the correct shade of Bright Blue paintwork and matching painted steel wheels, the '71 Barracuda—lot S95—hammered at $3.5 million, the highest price ever achieved for one of Detroit's "Golden Age" muscle cars, and a rare price for any car in general to reach.

What's under the hood is important too, of course—the standard 426/425 HP Hemi, and a four-speed manual transmission—making the model one of just two four-speed cars delivered in the U.S. The other, while still in existence, no longer runs its original engine and transmission, making the Mecum example truly unique and going some way to justify its staggering auction price. The price is fitting too, in that it was a Hemi 'Cuda convertible that became the first muscle car to cross the million-dollar mark at auction, back in 2002.