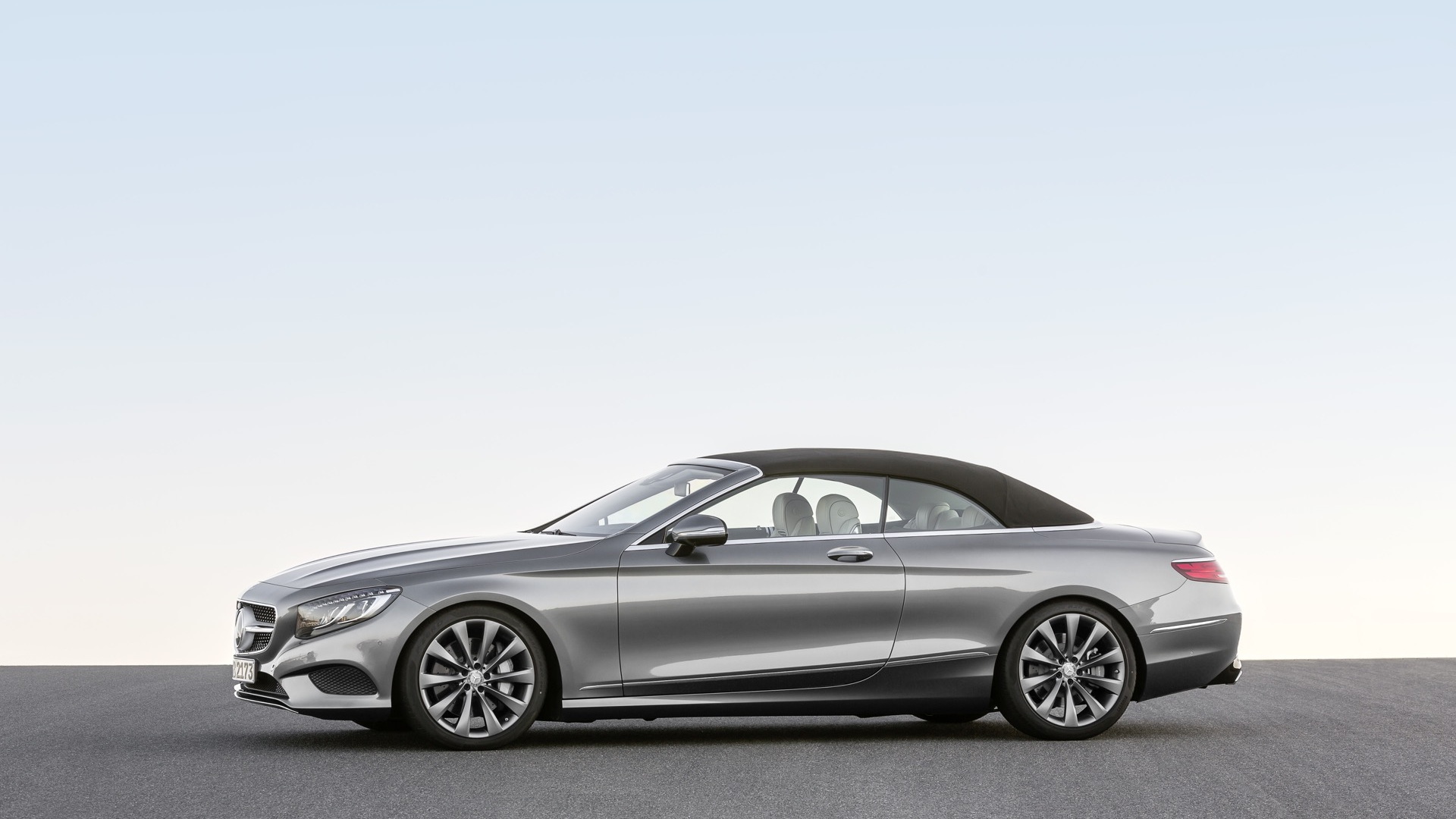 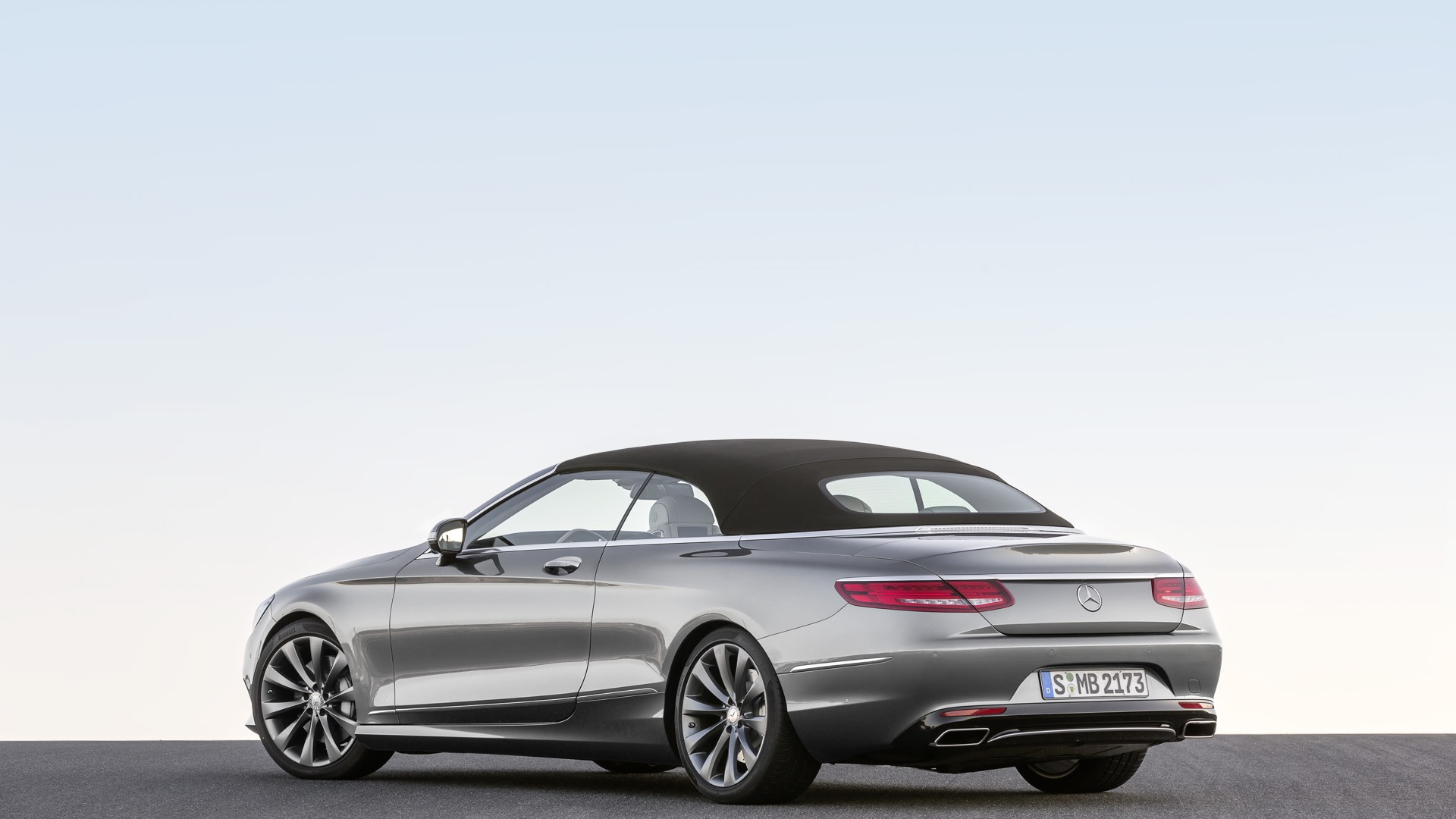 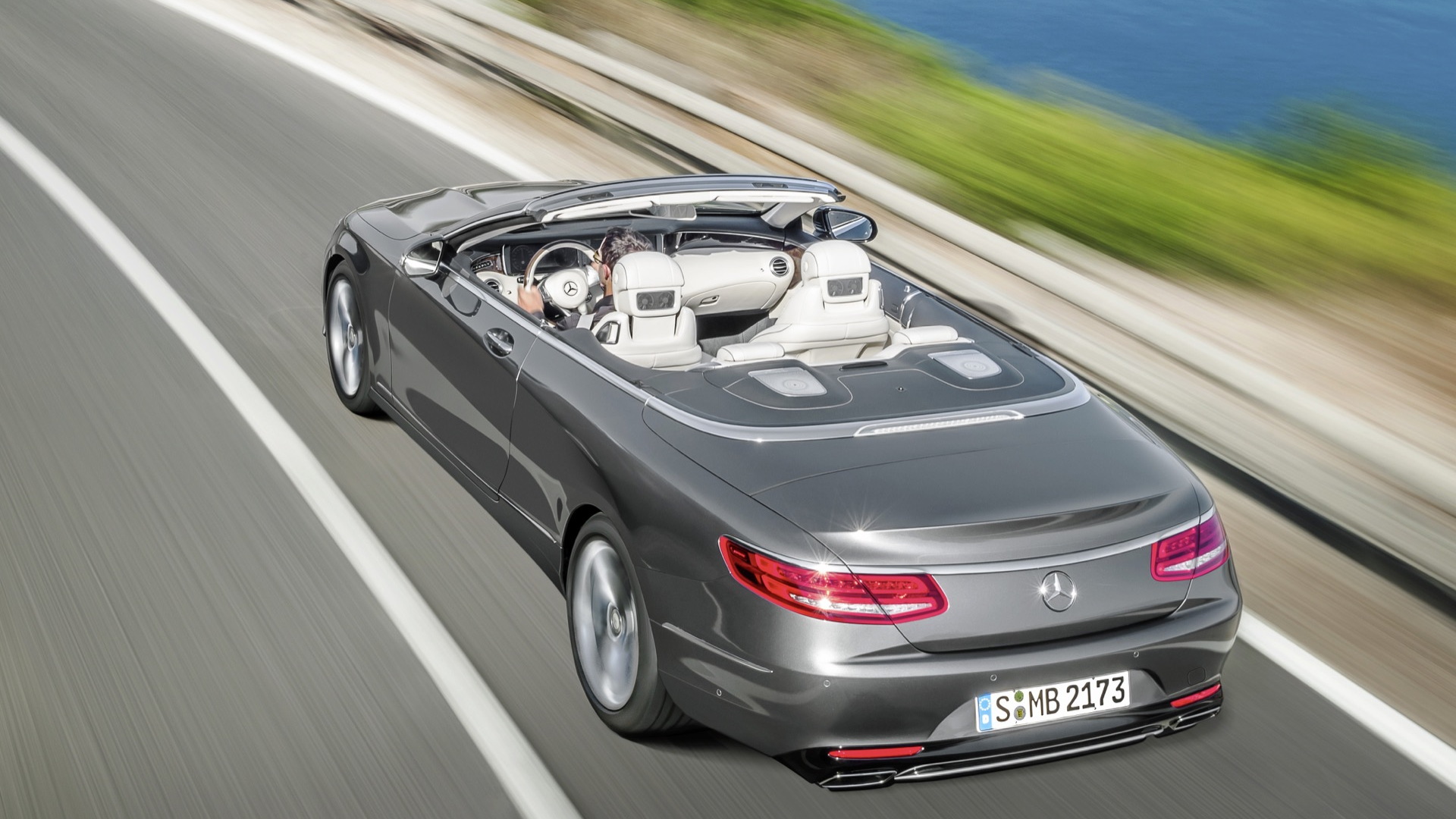 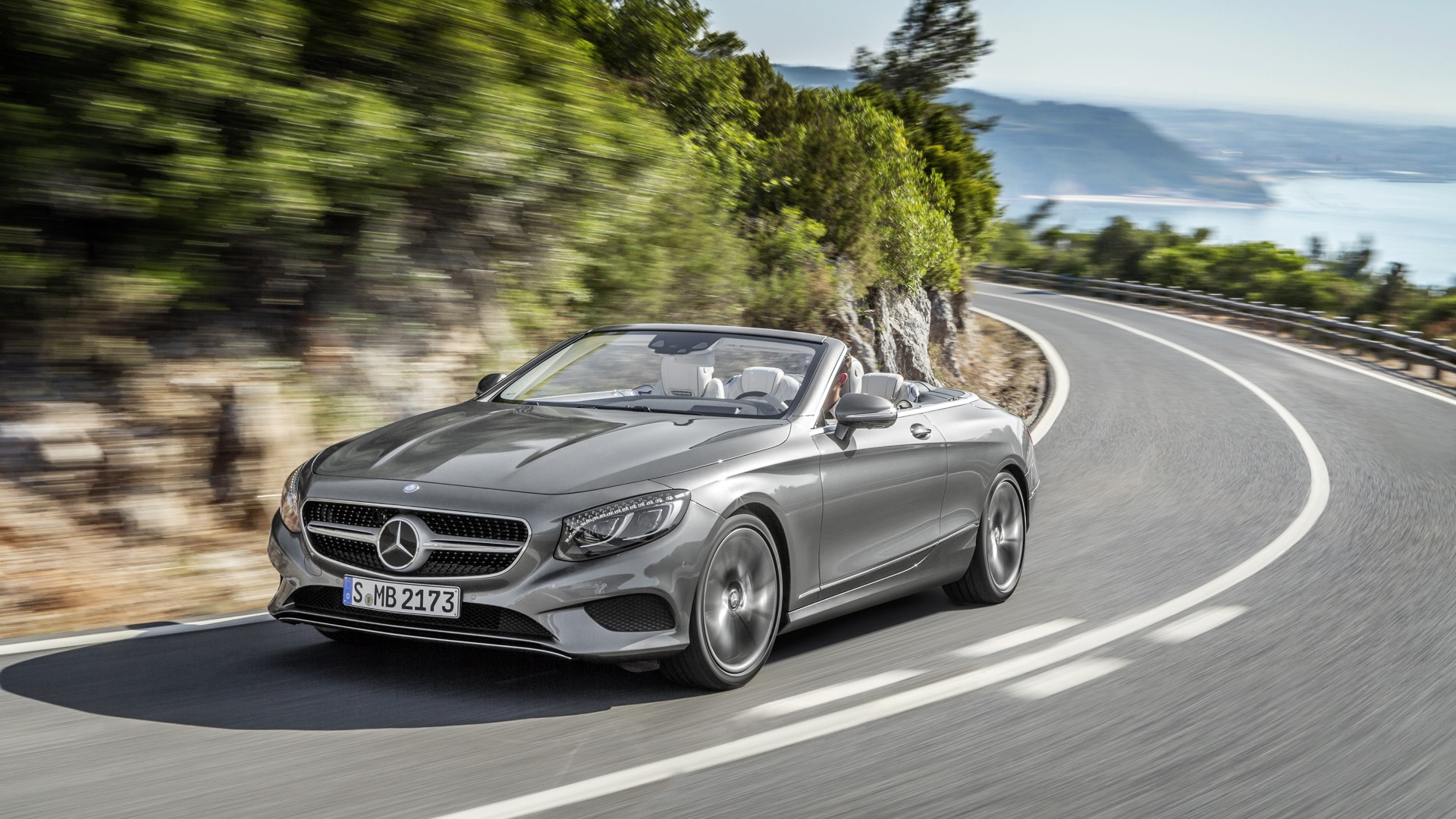 There’s a changing of the guard happening at the most exclusive end of the luxury market—and a ratcheting-up of expectations—yet the Mercedes-Benz S-Class is staying at the heart of it.

With the 2017 Mercedes-Benz S-Class Cabriolet, the esteemed nameplate adds an open-air version of the S-Class Coupe introduced this past year—with a soft-top setup—that could prove an interesting and entertaining alternative to the Bentley Continental GTC and BMW 6-Series

Slated to make its official bow later this month at the Frankfurt Auto Show, it’s the first flagship four-seat convertible, as Mercedes-Benz sees it, since 1971, as well as the fourth variant of the current-generation S-Class lineup.

A soft top, but one without any comfort overlooked

At about 198 inches long, the S-Class Cabriolet will be one of the longest convertibles on the market—and that should translate to some very usable back-seat and trunk space. Also, Mercedes-Benz claims to have a vehicle with “exemplary low wind noise”—thanks to a low coefficient of drag, underbody paneling, rear axle cladding, and wheel spoilers.

The top itself is a three-layer acoustic soft top, including an insulating layer that actually does double duty—in also assuring that the convertible structure’s bows aren’t seen from the outside.

The well-proven and much-loved Airscarf system, which helps provide some warm air to you neck during open-top driving, is standard here, and it makes driving on cool, sunny days considerably more enjoyable. There’s also an Aircap wind-deflector system that helps cut turbulence, and a Thermotronic automated climate control system that takes into account inputs from a dozen different sensors, helping to keep cabin comfort ideal for everyone on board.

A 449-horsepower twin-turbo V-8 powers the S550 Cabriolet, making 449 hp and 516 pound-feet of torque from just 1,800 rpm. It’s hooked up to a nine-speed automatic transmission, and can get this big drop-top to 60 mph in just 4.5 seconds. For those seeking more power, there's the model from the Mercedes-AMG skunkworks.

AMG performance on offer, of course

The higher-performance Mercedes-AMG S63 4Matic Cabriolet gets an AMG-built engine of the same size making 577 horsepower and 664 lb-ft, fitted with the AMG Speedshift MCT 7-speed automatic—a far quicker, more performance-oriented transmission—and a 4Matic all-wheel drive system defaulting to the rear wheels in its torque split. It can blast to 60 mph in just 3.9 seconds, and reach an electronically limited 186 mph.

Other upgrades for the S63 Cabriolet include high-performance composite brakes, and special weight-saving measures that include magnesium for the luggage-compartment bulkhead, special light-alloy wheels, and a lithium-ion battery.

The S550 rides on Mercedes-Benz’s familiar Airmatic air suspension, which can provide a wide range of settings, from comfort-oriented to most performance-tuned; AMG S63 models get an added

Inside, the S63 Cabriolet gets AMG sport seats for more lateral support, and an exclusive AMG gauge layout, on a high-resolution TFT color display. And on the outside, the AMG model stands out with its silver-chrome front splitter, ‘A-wing’ feature below the grille, and three-dimensional silver inserts for the side-sill panels—as well as a high-gloss black diffuser in back. Chromed twin tailpipes are a visual cue of this model’s performance exhaust system with sports flaps.

Building on a heritage of four-seat drop-tops

Design-wise, the S-Class Cabriolet lineup gets some of its inspiration from the ‘Ponton’ cabriolets of 1956 to 1961, and the 1961 220 SE Cabriolet four-seater.

You’ll find all the leading-edge safety features in the Cabriolet that you would in the sedan, including the Collision Prevention Assist Plus system that can autonomously brake at speeds of up to 65 mph and completely avoid rear-end collisions at up to 25 mph. Night View Assist Plus (night vision) and Active Lane Keeping Assist are also included. Plus pyrotechnically extending roll bars give the Cabriolet added rollover protection.

Other standard equipment will include Burmester Surround Sound, the touchpad COMAND infotainment system, full LED lamps with Adaptive Highbeam Assist, and a system that charcoal-filters, ionizes, and adds fragrance to your cabin air.

The S-Class Cabriolet lineup goes on sale in spring 2016, at prices to be announced at a later date. And check back for an up-close look in our coverage of this new model following its September 15 Frankfurt Auto Show debut. For more from the show, head to our dedicated hub.