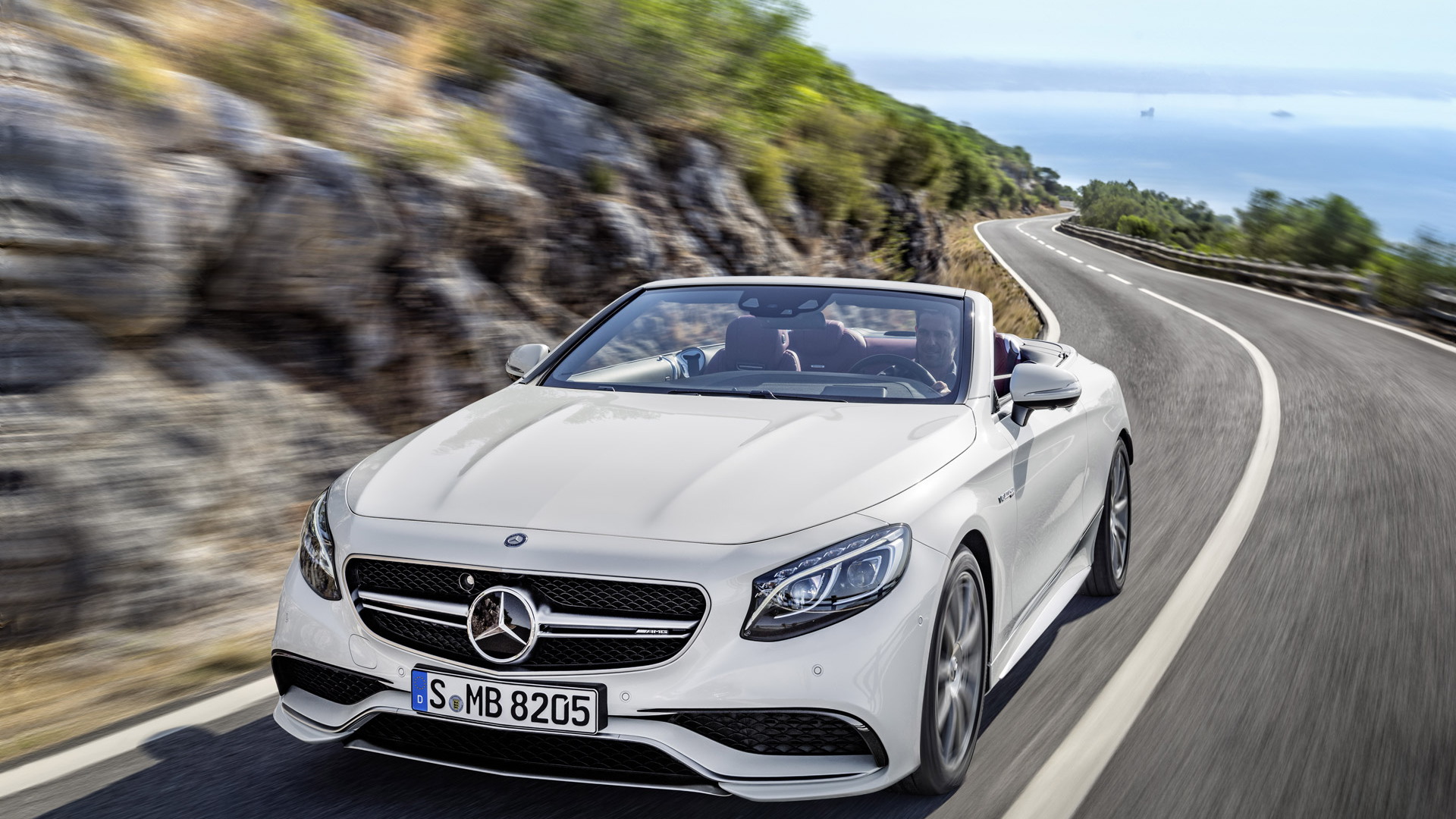 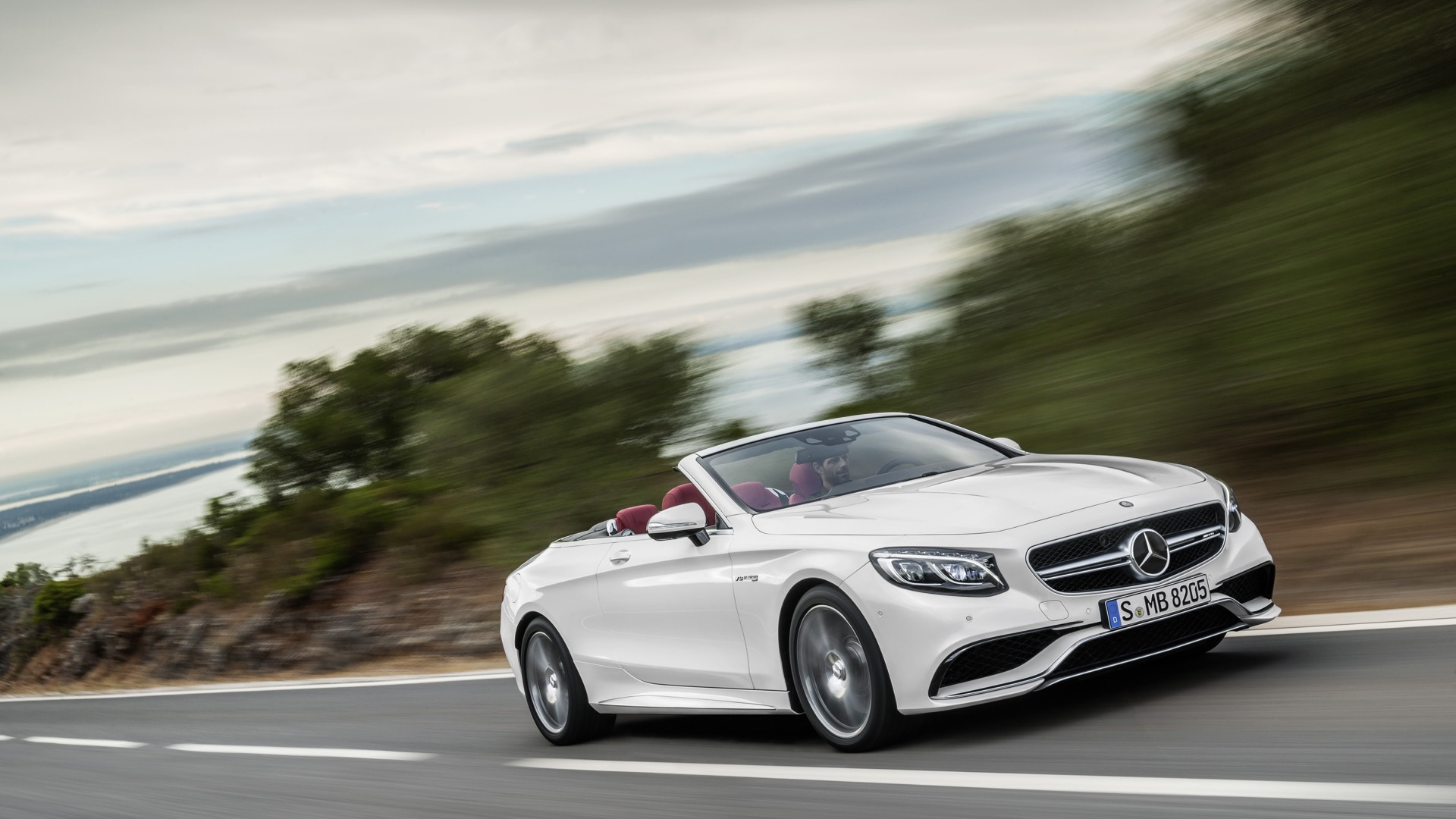 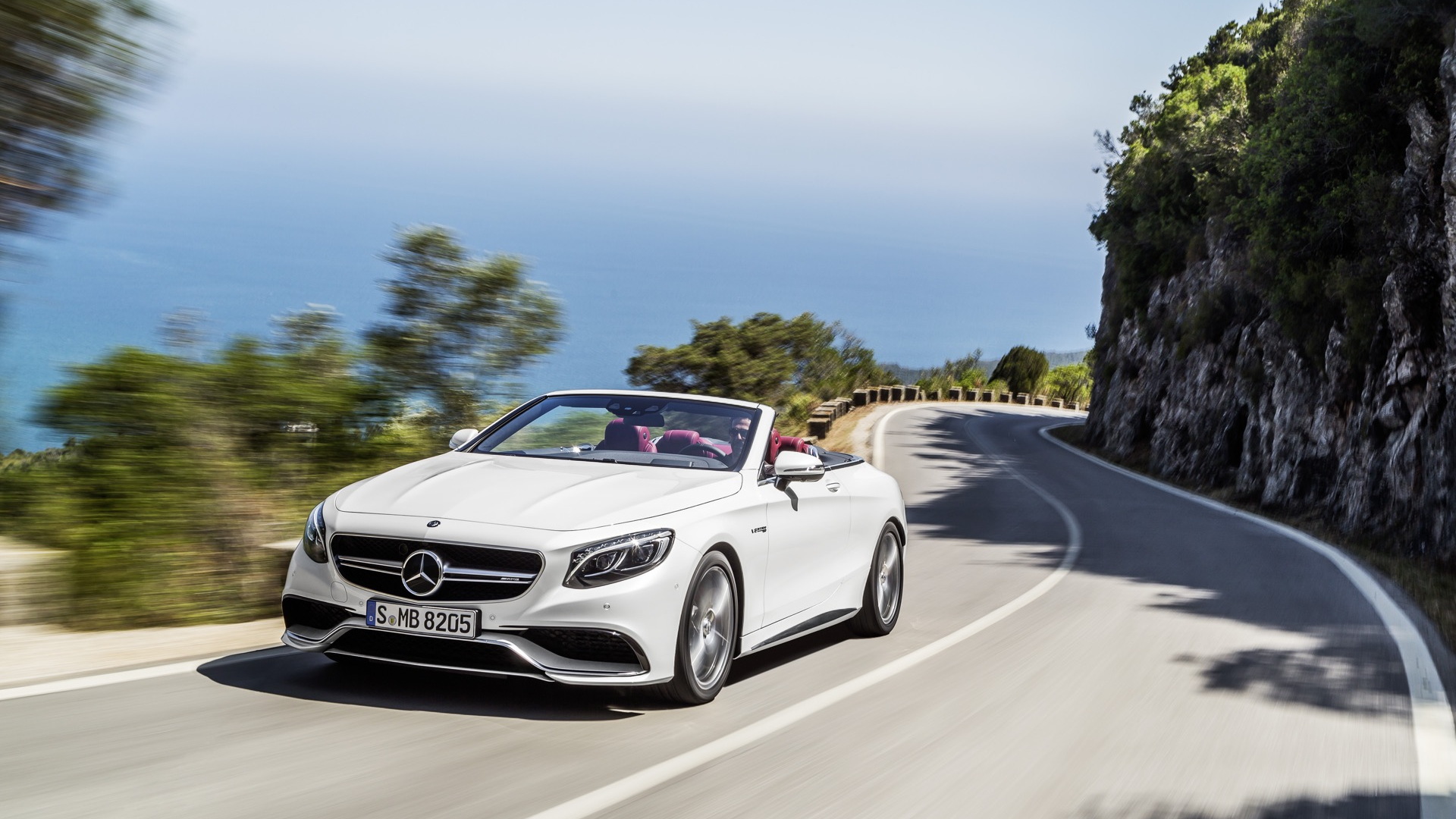 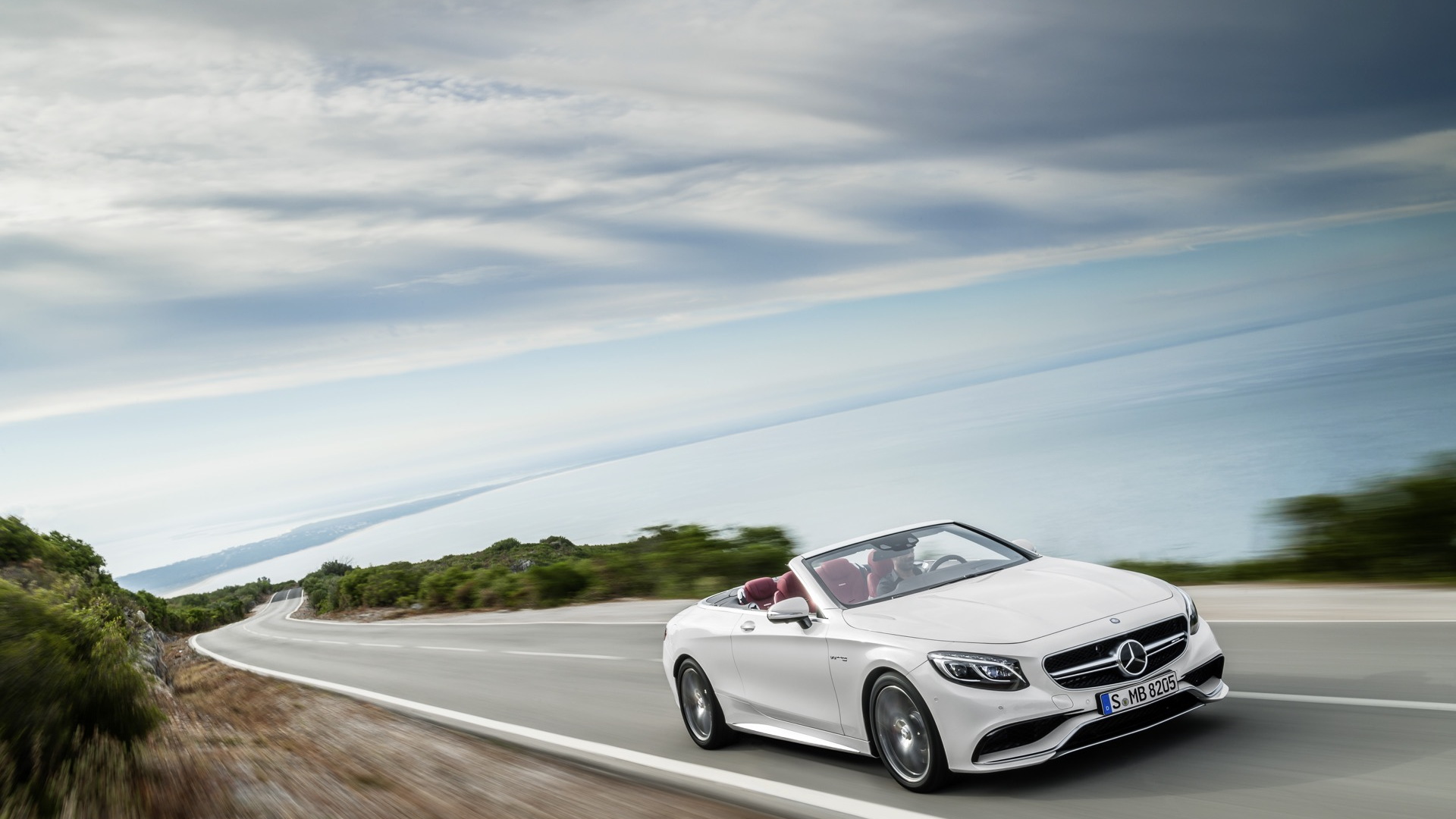 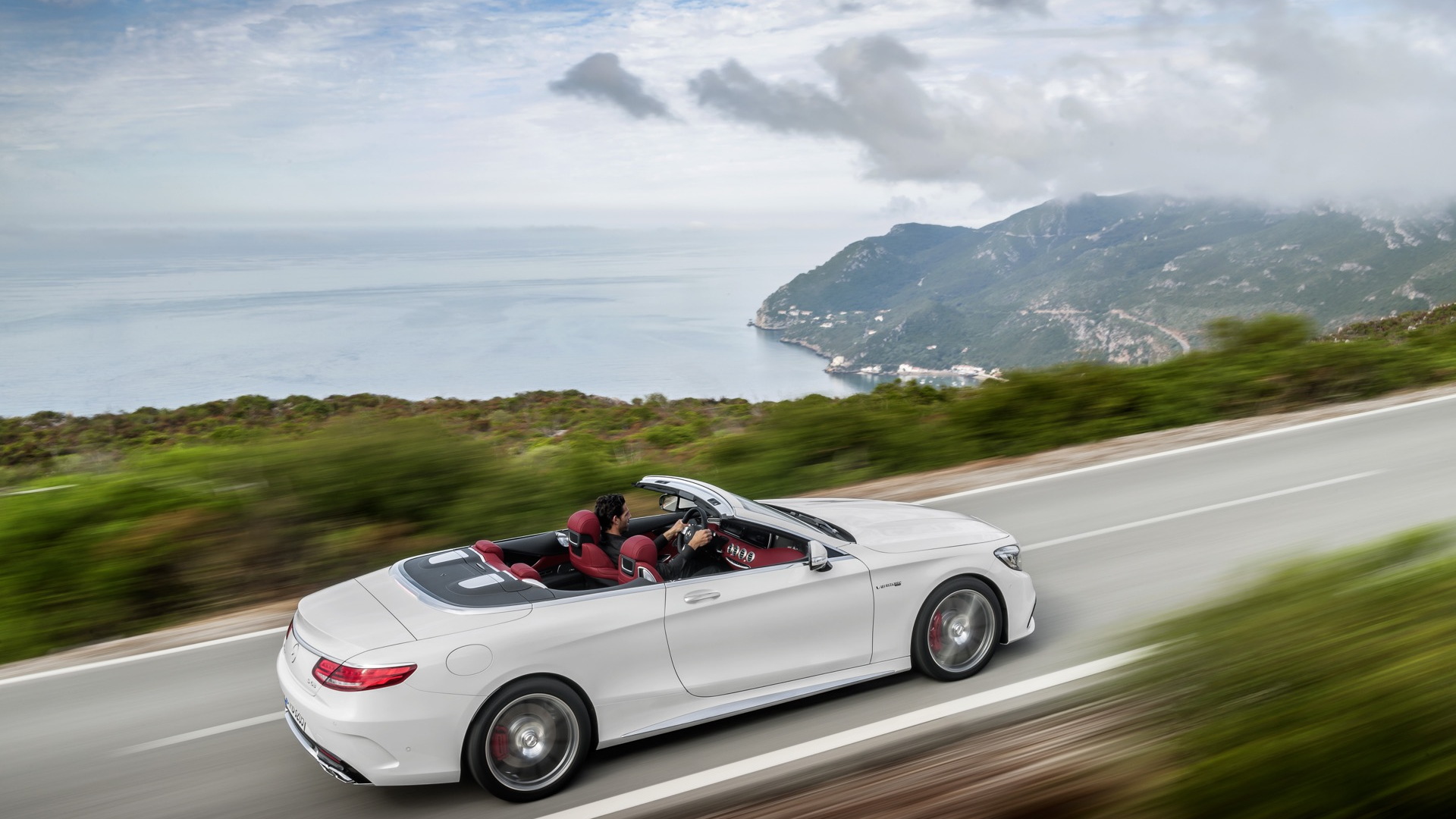 Mercedes-Benz has finally unveiled its new S-Class Cabriolet, the open-top version of the S-Class Coupe that went on sale last year as the replacement for the CL. For performance fans, there’s the S63 Cabriolet developed by Mercedes-AMG. This one packs a hand-built 5.5-liter V-8 engine which thanks to a twin-turbocharging system spits out 577 horsepower and 664 pound-feet of torque.

To help get that power to the ground, Mercedes-AMG is equipping the S63 Cabrio with 4Matic all-wheel drive as standard. This helps to deliver the car’s brisk acceleration time of 3.9 seconds for the 0-60 mph run. Top speed is electronically limited to 186 mph.

Mercedes-AMG concedes that weight has increased due to additional structural reinforcements compensating for a lack of a fixed roof, though the extra weight has been limited through the use of a lightweight lithium-ion battery, light alloy wheels (8.5x20 inches at the front and 9.5x20 at the rear) and composite brakes. Buyers looking for optimal stopping power can also opt for carbon ceramic brakes.

The transmission is Mercedes-AMG’s familiar seven-speed Speedshift automatic, which comes with three selectable modes—Comfort, Sport and Manual—that allows the driver to select their ideal shift style. Also adjustable is the standard Airmatic air suspension system. Modifications made to the suspension over the standard S-Class Cabrio ensure that there’s less roll and pitch when cornering.

Though it’s yet to be confirmed, we may still see an even more potent S65 Cabriolet. This model would essentially be an open-top version of the awesome S65 Coupe which comes with a twin-turbocharged 6.0-liter V-12. The engine is good for a staggering 621 hp and 738 lb-ft of torque.

The S63 Cabrio makes its debut alongside the rest of the S-Class Cabriolet range on September 15 at the 2015 Frankfurt Auto Show. The cars reach showrooms in the second quarter of 2016, as 2017 models.