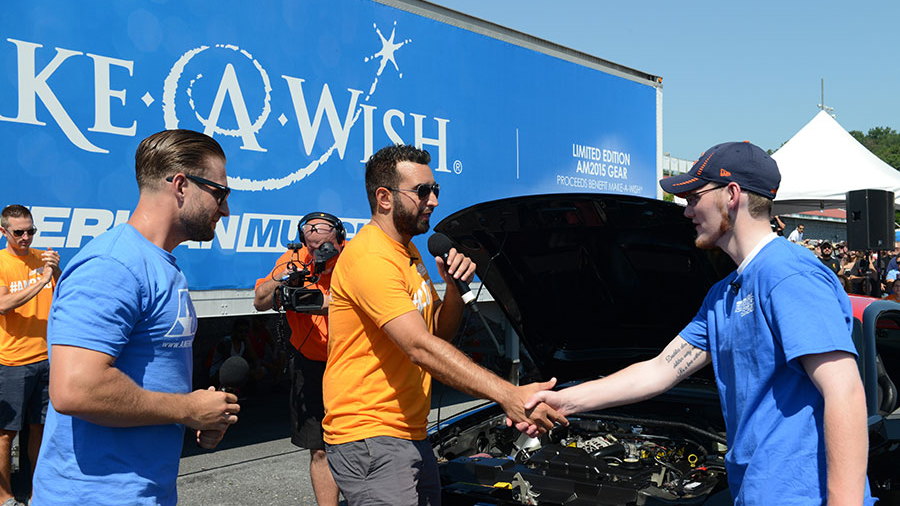 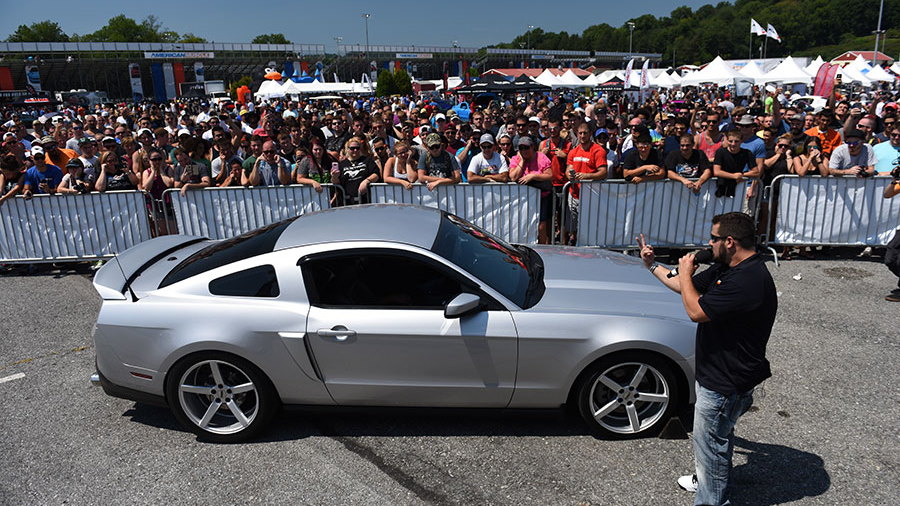 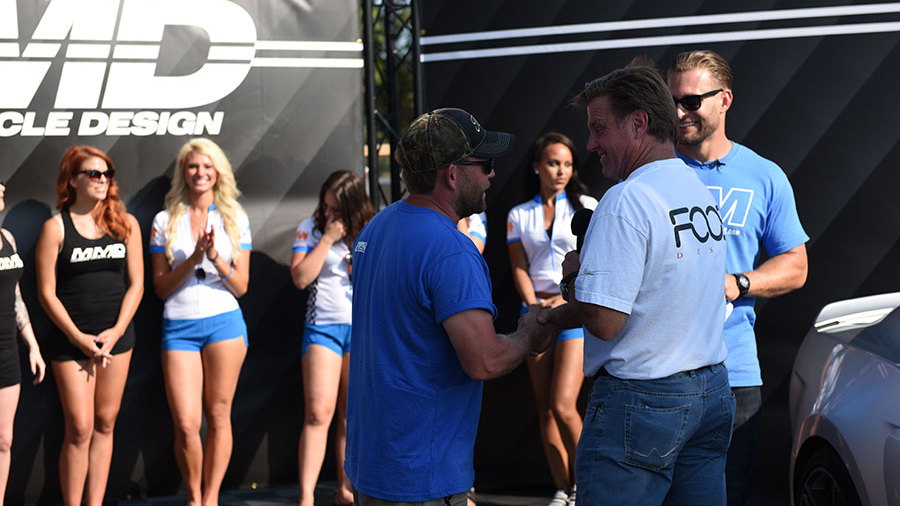 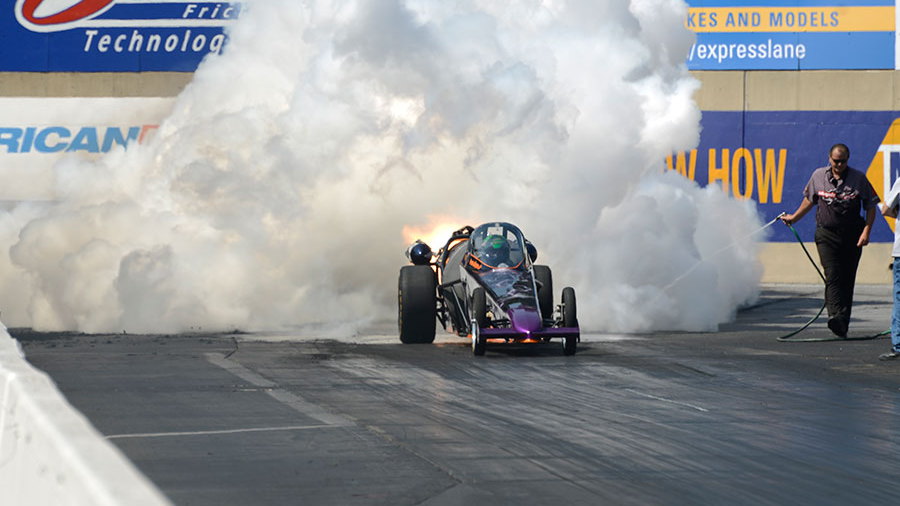 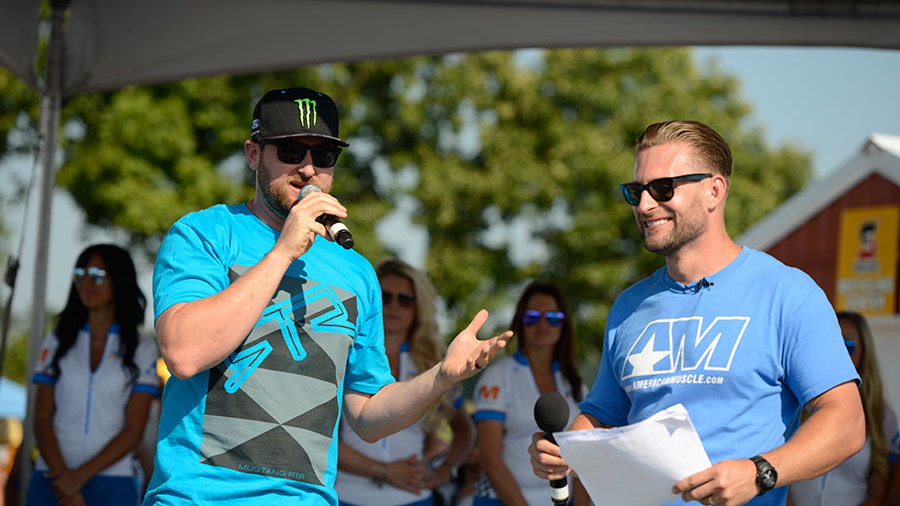 More than 3,000 examples of the Ford Motor Company [NYSE:F] pony car descended on Pennsylvania's Maple Grove Raceway, where, along with the huge show field, fans were treated to an afternoon of drag races, revving contests, and dyno pulls. But more importantly, the meet was a great showcase for the giving spirit so prominent in the enthusiast community.

The highlight of the event was unquestionably the reveal of a fourth-generation Mustang AmericanMuscle built for an 18-year-old Make-A-Wish kid named Jonathan. He wanted nothing more than to see how the company's ace wrenches could take his car from stock to superb, and his reaction in the video here makes his feelings about the transformation pretty clear.

In addition, the event raised more than $55,000 for the inspirational foundation, saw the giveaway of a custom Mustang designed by Chip Foose, and featured appearances by luminaries like tuner extraordinaire Steve Saleen as well as Formula Drift Champ Vaughn Gittin, Jr.

In 2016, the AmericanMuscle crew hopes to go even bigger, so if you're a Mustang fan and anywhere near Reading, Pennsylvania, aim to be there next year.

Check out the photos and video to see what you missed, and for more of the action head over to the AmericanMuscle website.