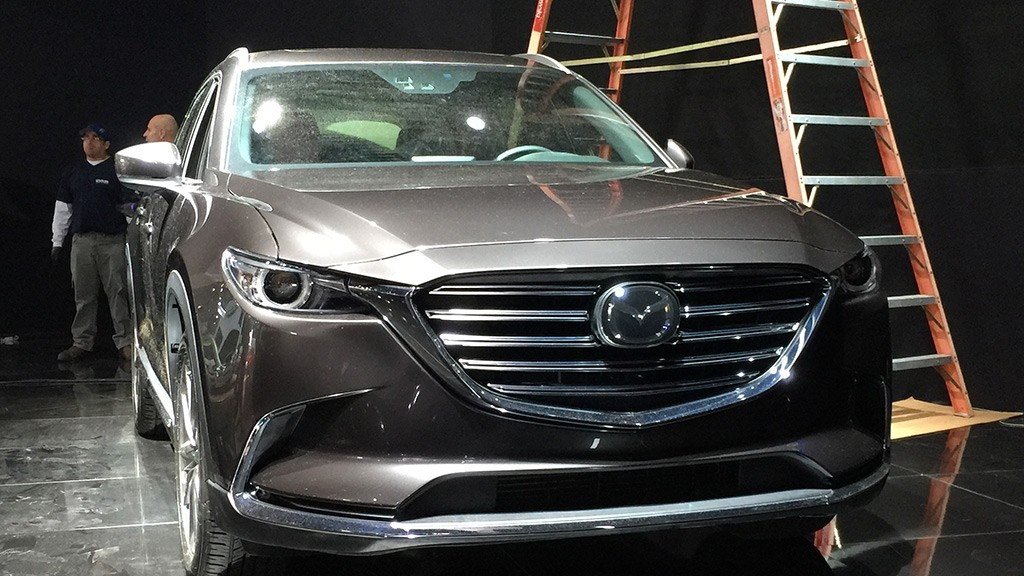 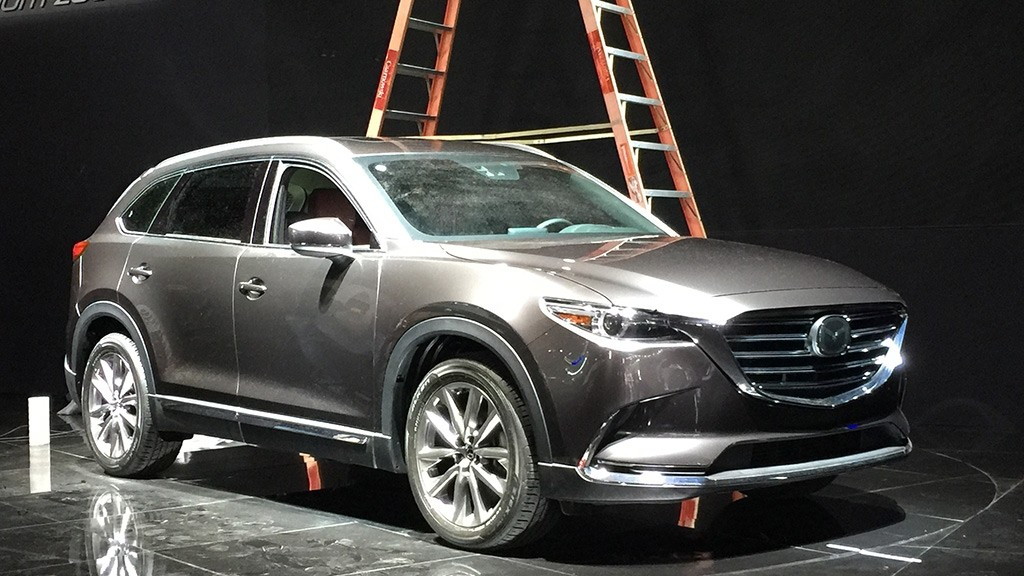 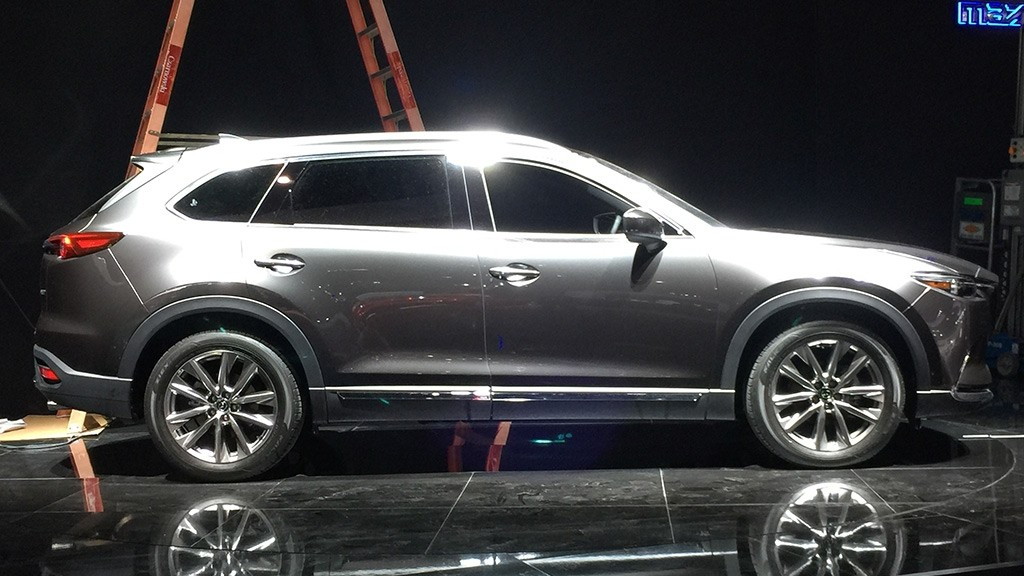 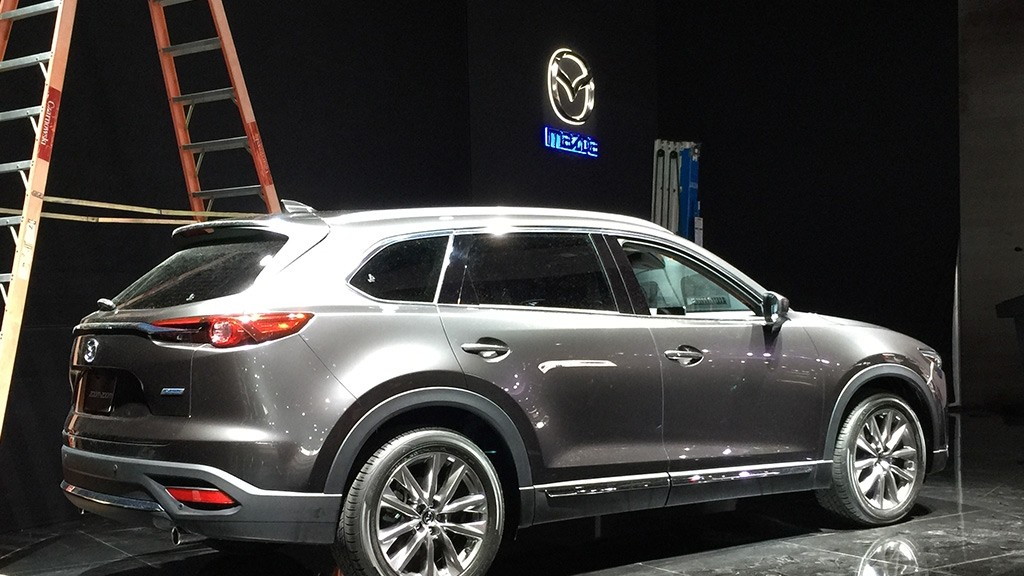 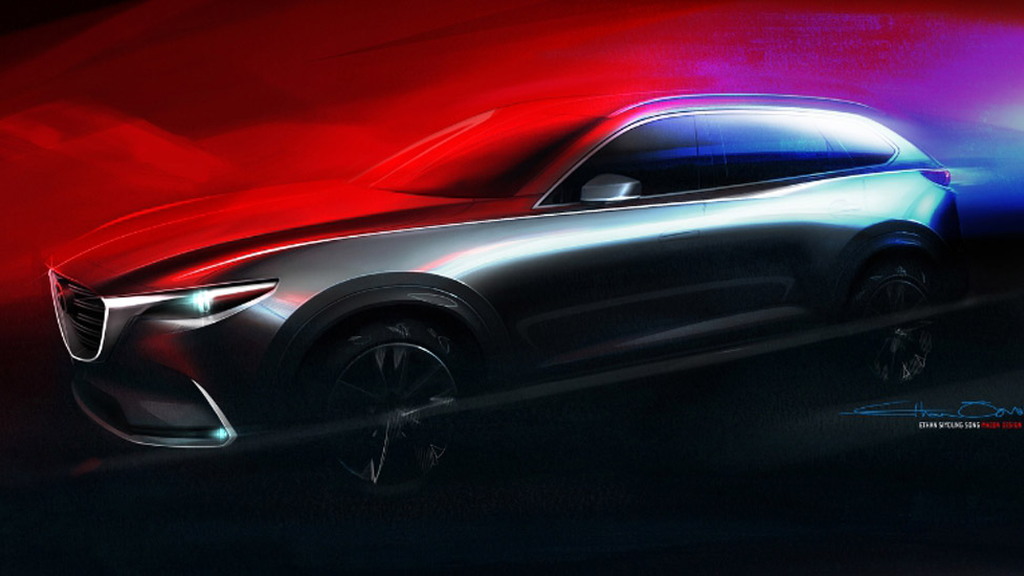 A new generation of Mazda’s CX-9 crossover will debut tomorrow at the 2015 Los Angeles Auto Show. In the lead up, Mazda released a single teaser image but now there's no need for guess work as some photos of the car have leaked onto the web.

The photos, which first appeared on Chinese website Autohome, reveal the exterior of the new CX-9 in full. They show that the mid-size crossover is shaping up to be a very handsome vehicle, especially among those with third-row seats.

There’s a clear resemblance to Mazda’s Koeru concept unveiled at September’s Frankfurt Auto Show. We can also see some hints of the smaller CX-5’s styling, which is a good thing as Mazda’s compact crossover also sports a pleasant design.

Unfortunately, there are few solid details on the new CX-9 but it’s rumored the current model’s thirsty V-6 will be replaced by a downsized turbocharged four-cylinder. The engine will likely be based on the latest SkyActiv-G 2.5-liter four-cylinder found in other Mazdas.

Stay tuned for the full reveal of the 2016 Mazda CX-9 at the L.A. Auto Show later today. In the meantime, see what else is set to appear via our dedicated hub.