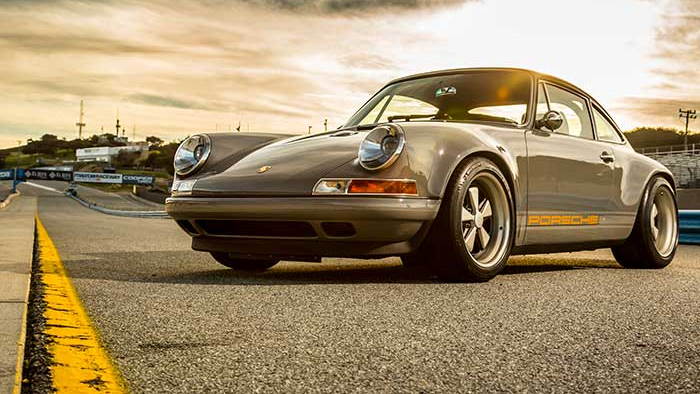 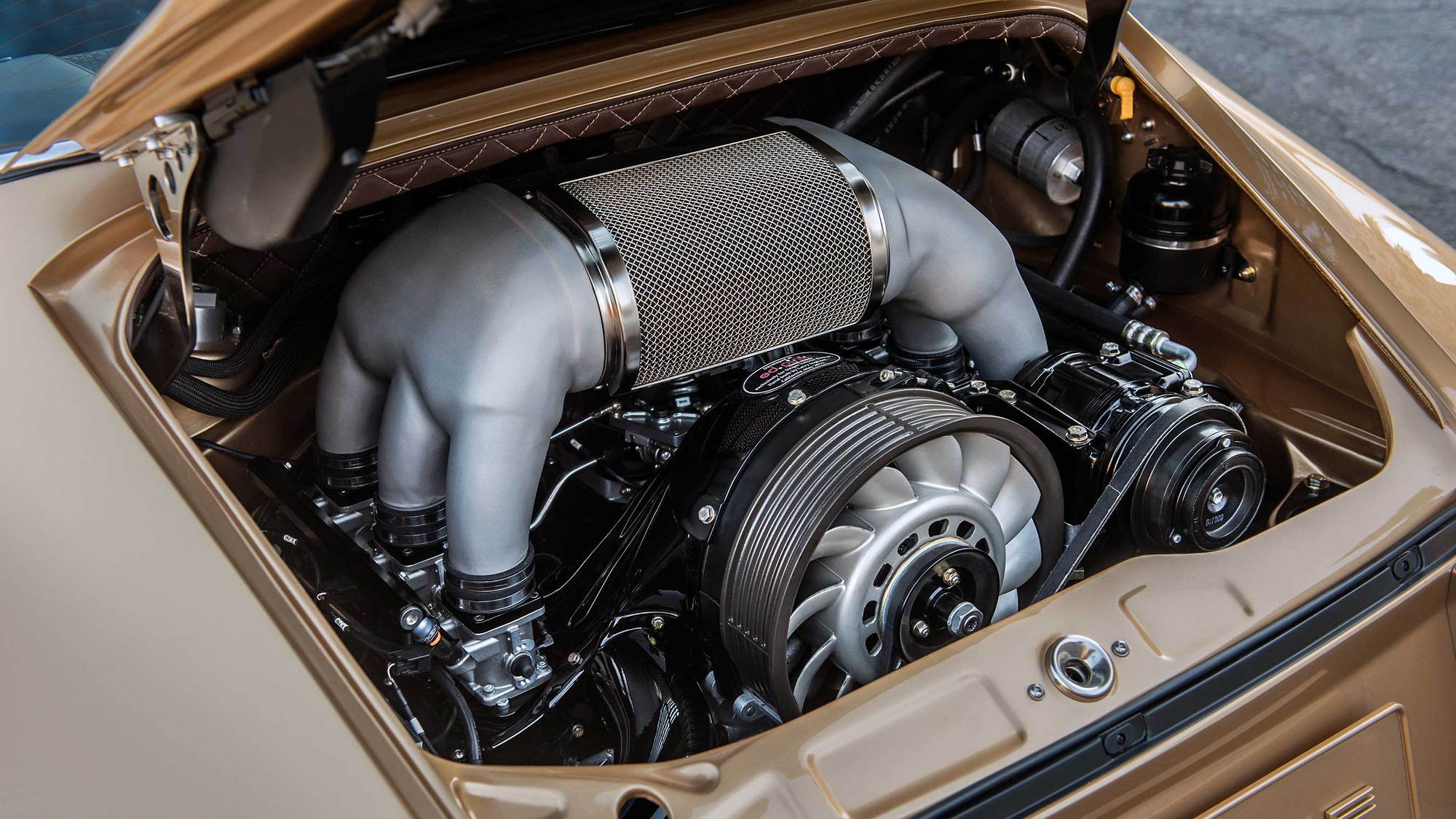 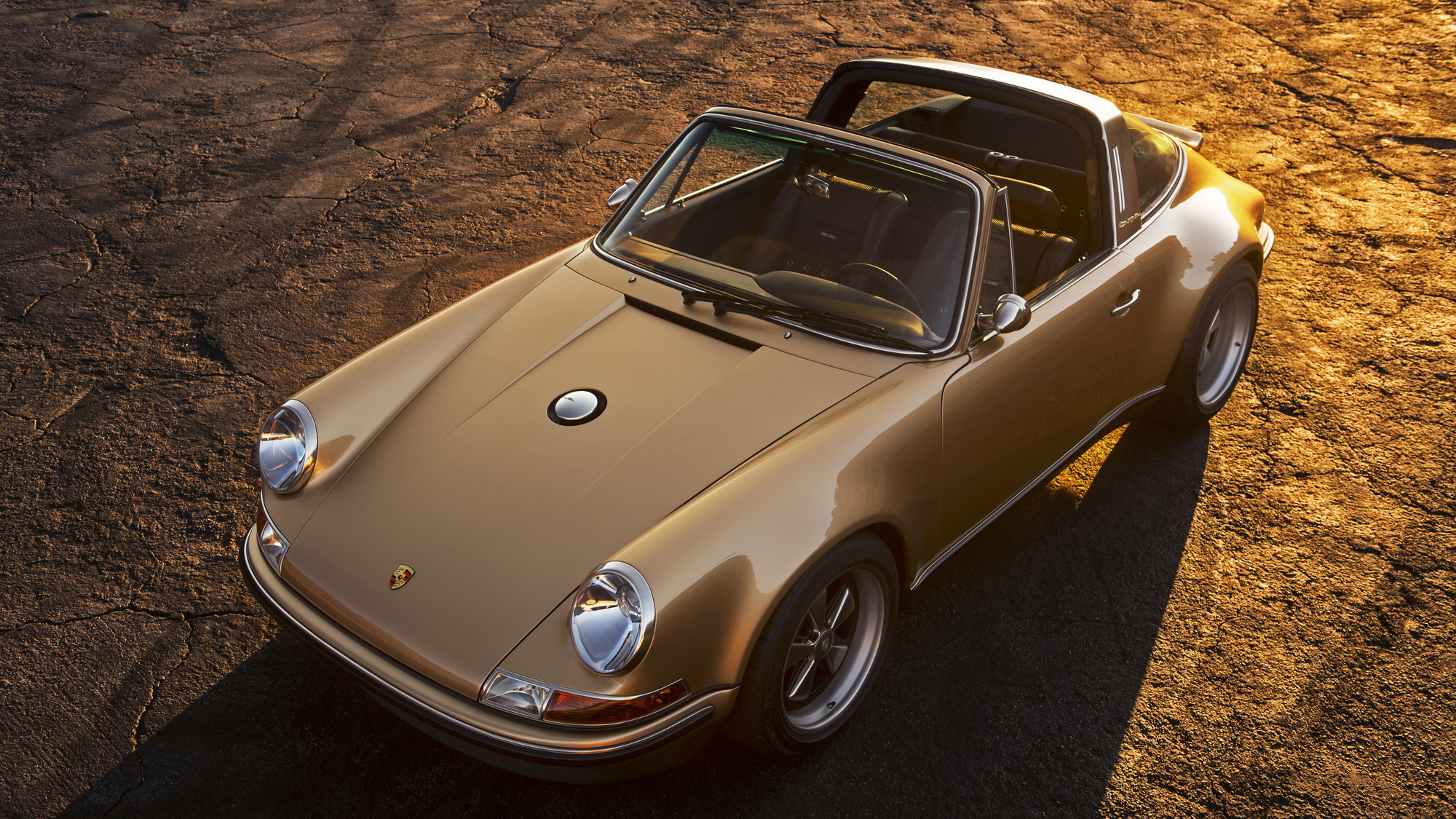 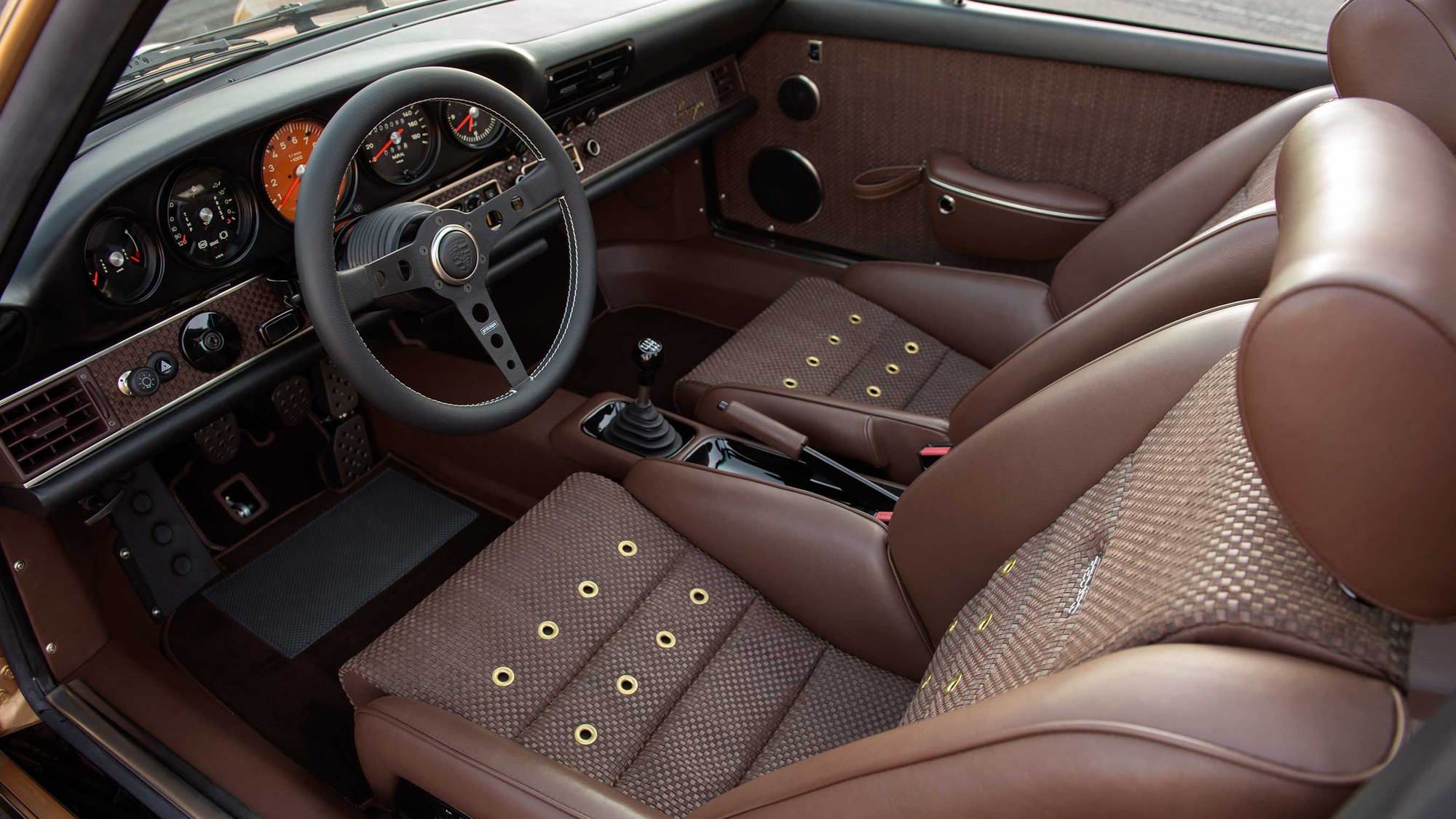 If you're a fan of fantastically fussed over air-cooled Porsche 911s, then you should probably make your way to Monterey this weekend. Singer will be on hand displaying a number of its "reimagined" Porsche cars. That reimagined bit is thrown in there basically so they can make the cars without getting sued by Stuttgart's best lawyers. It's a bit hokey, but if it allows Singer to keep restoring the insanely gorgeous products it churns out then we'll keep using that term. Regardless, there's some sweet examples of iconic car heading to Northern California and they're going to shine brightly under the hot sun. 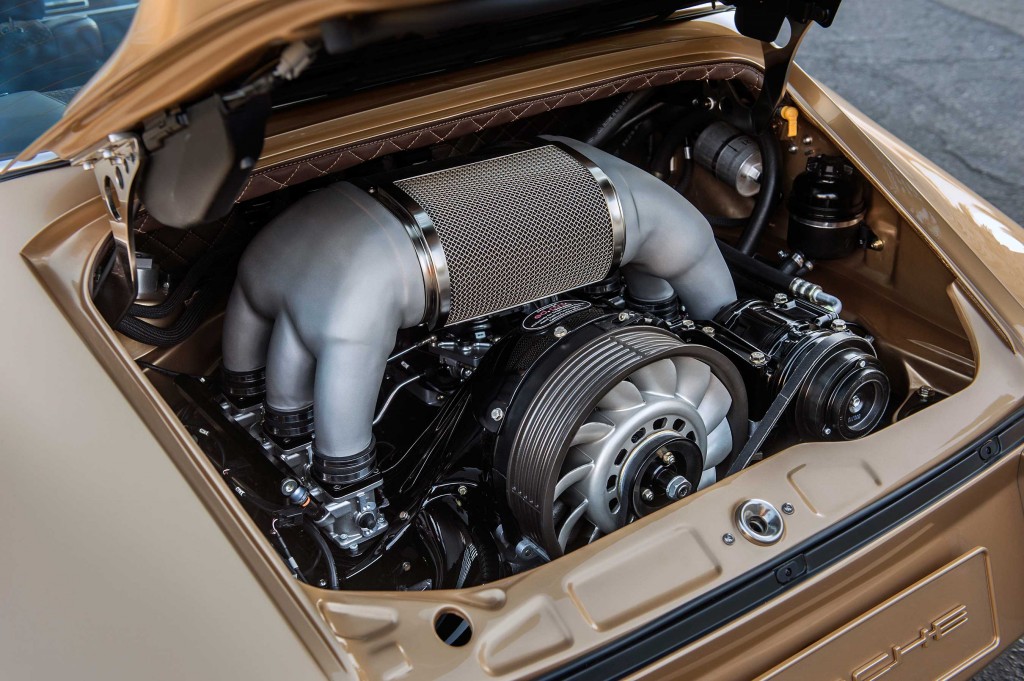 One of our favorite examples is known as Chicago. Singer names the cars after the town where the client will be garaging the car. Chicago hides a 4.0-liter engine under its rear leather-lined deck lid. This unit was developed by Ed Pink Racing specifically for the this customer and this car. It makes 390 horsepower and 315 pound-feet of torque, and all of that go is accompanied by a six-speed manual gearbox, one-piece racing seats, an Öhlins suspension setup, and a big brake kit. It might just be one of the prettiest machines we've seen set up for the track. 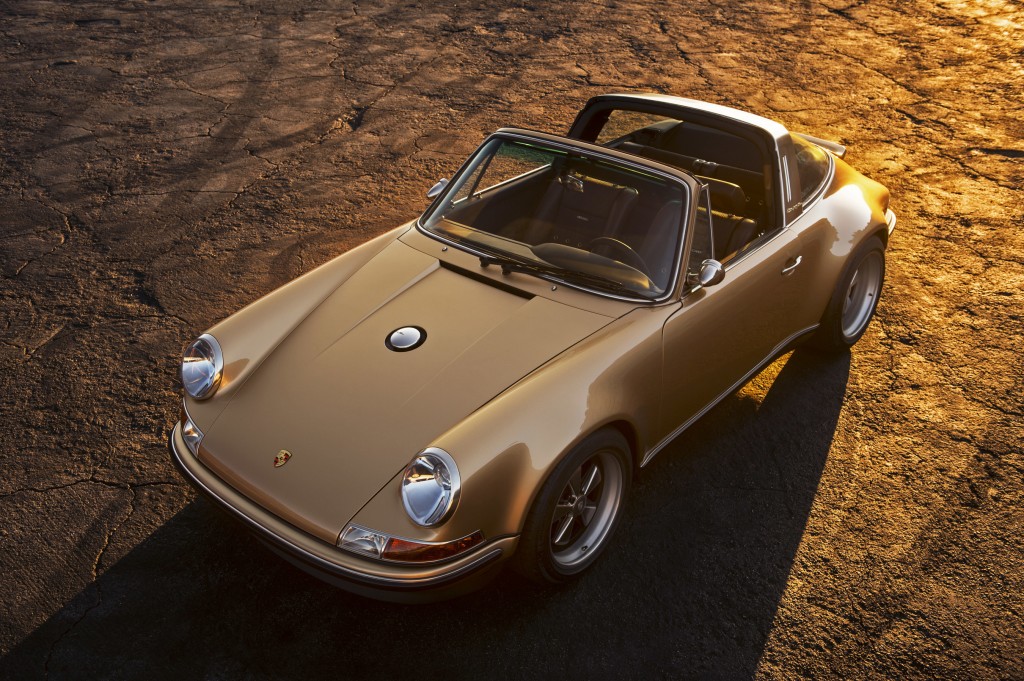 Also stealing our hearts is the company's first Targa build. The car is called Cupertino, and it's just as gorgeous as anything else Singer has produced. Founder Rob Dickinson added a ton of special touches to this car that make it stand out amongst true Porsche nerds. The targa hoop has two louvers instead of three, for example. The car also features a downright tasty interior that's finished in a tobacco brown leather.

If you think your average air-cooled 911 is a sight to see, then maybe it's time to head to Monterey to see what Singer can "reimagine" for these beloved machines.