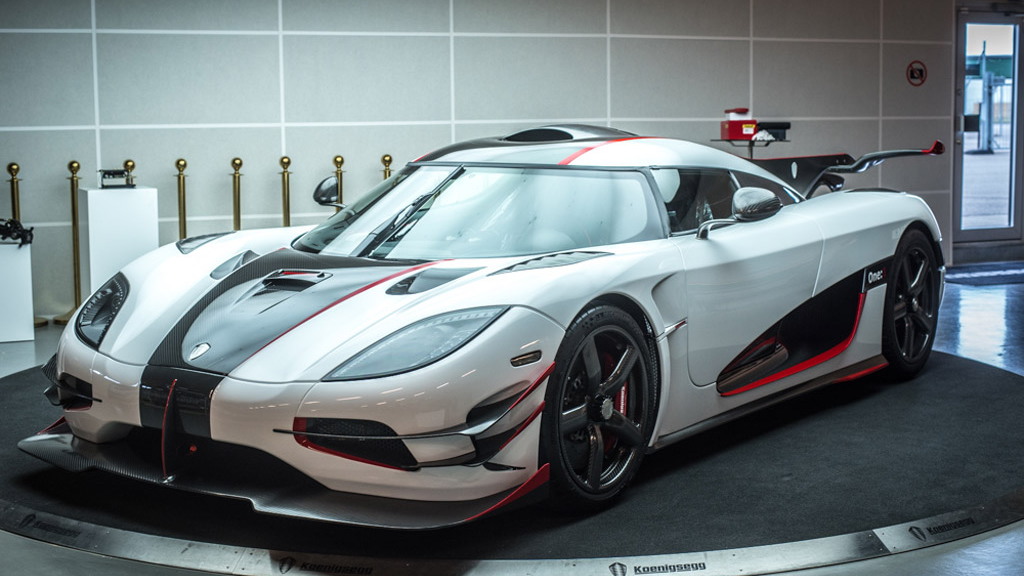 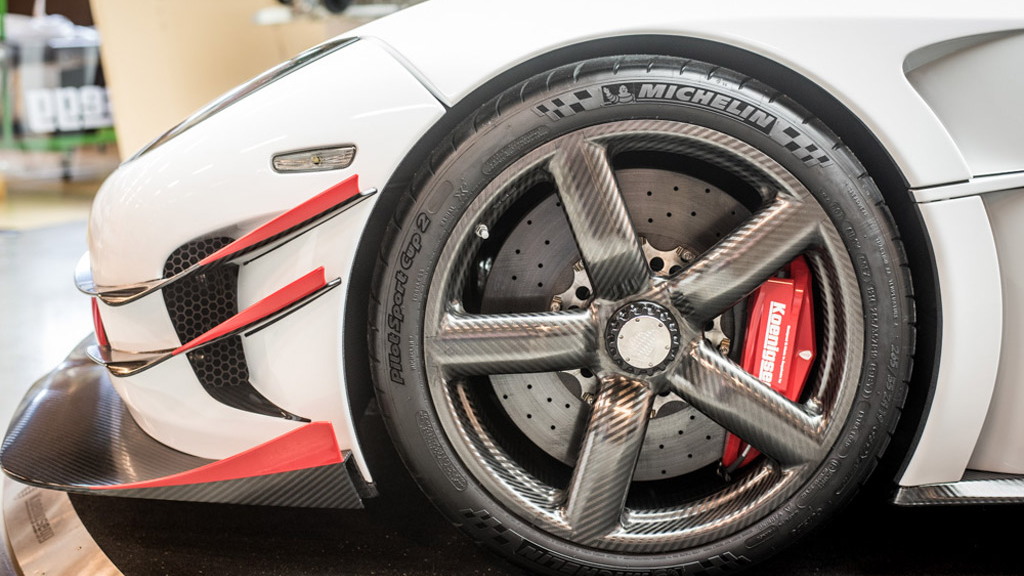 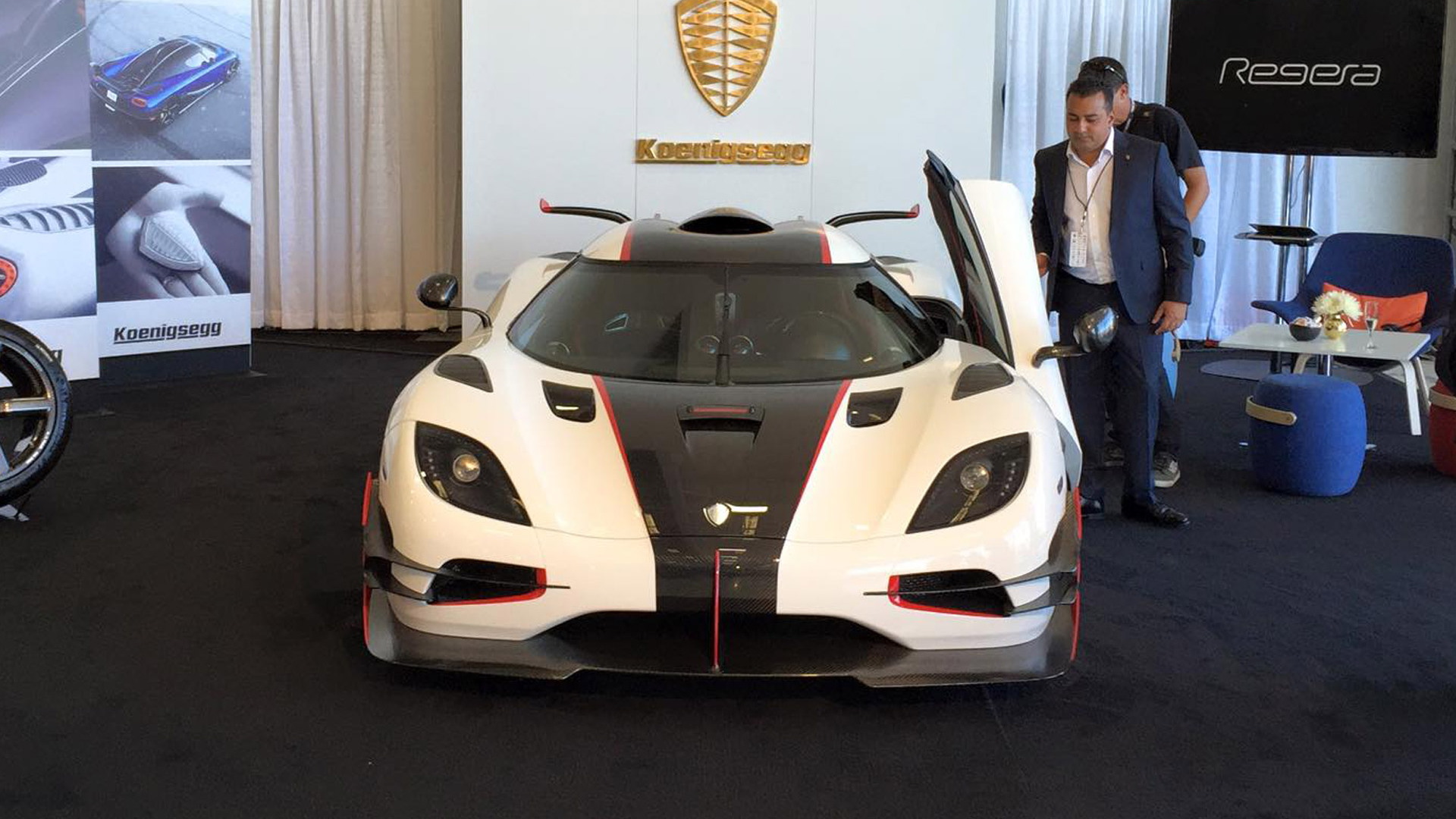 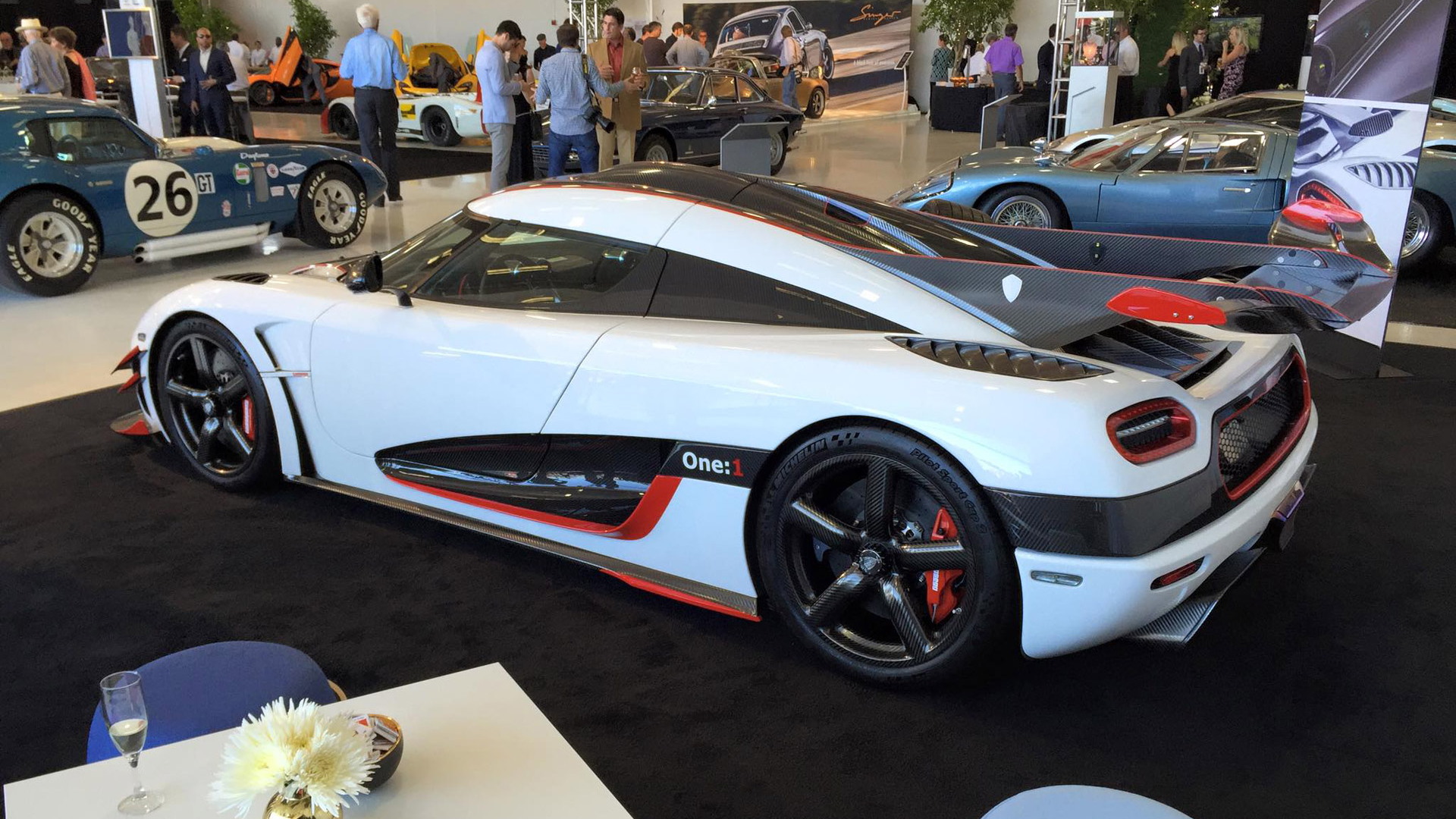 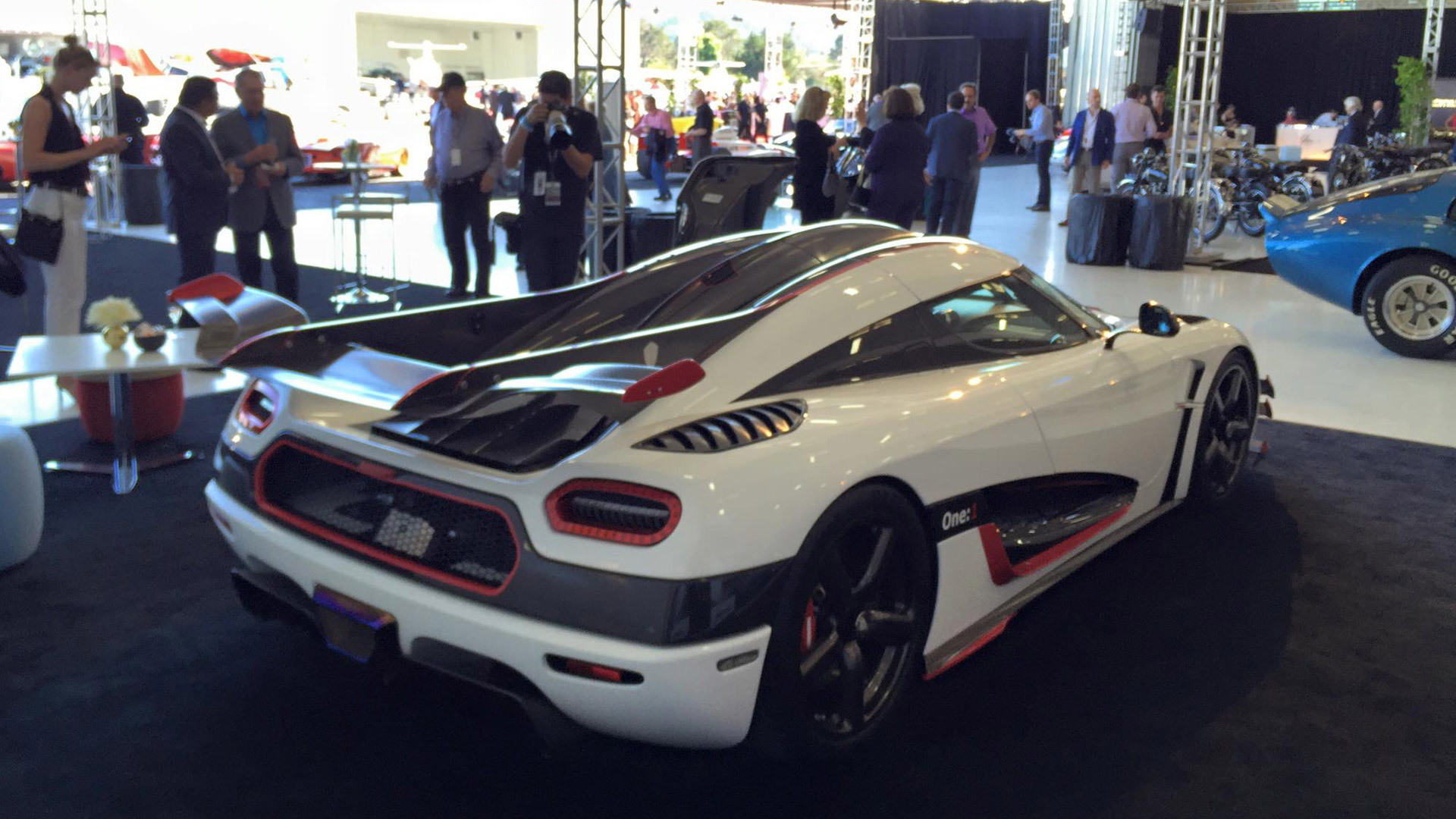 Koenigsegg has brought a trio of supercars to the automotive festivities taking place this week in Monterey, California, and one of them is the awesome One:1, the most powerful car in production thanks to a 1,341-horsepower rating. The others are the Agera R and Agera S, the latter being the same blue example Formula One World Champion Lewis Hamilton drove in this year’s Gumball 3000 rally.

The One:1 in Monterey is the sole example destined for the United States. It features a white exterior that’s accented by some pure carbon elements and other sections painted red. Inside, the buyer has selected a black theme, which once again is accented by carbon and red elements.

Koenigsegg tells us the car is the last member of the seven-car run of One:1s. The seven cars include the six original customer cars plus the prototype version, which Koenigsegg says has also been sold.

If you’re not completely up to date on the One:1, the car draws its name from the fact that it delivers one horsepower, measured in metric hp, for every kilogram of weight including with the driver on board and the tank filled halfway. That’s 1,360 metric hp combined with 1,360 kg of weight. For American readers, that’s 1,341 hp and 2,998 lbs. 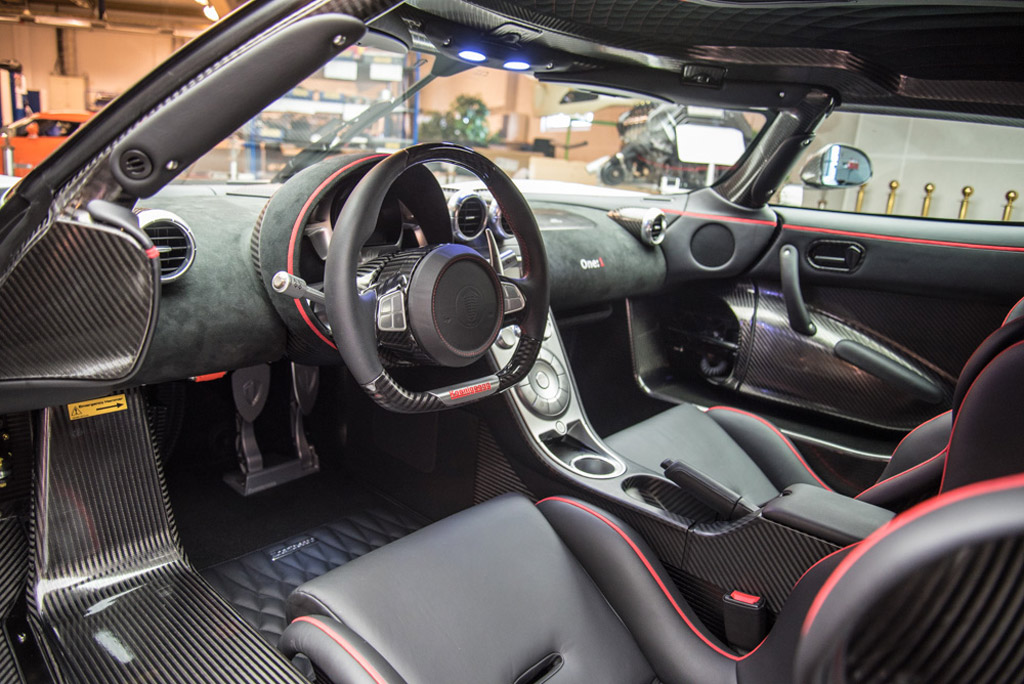 Koenigsegg One:1 destined for customer in the United States

With such impressive numbers, it’s not surprising that the car has been smashing records since launching on the market. The most recent was a new record time of just 17.95 seconds for the 0-300-0 kmh (0-186-0 mph) acceleration and brake test.

“Monterey is the highlight of the classic and enthusiast motorist's calendar in the United States and it is a pleasure for Koenigsegg to be part of such a prestigious week,” Koenigsegg CEO and founder Christian von Koenigsegg said in a statement. “To be able to present the One:1 at Monterey is extremely satisfying—a great chance to introduce Koenigsegg's pinnacle performance car to the American market.”

Depending on the day, you’ll see the One:1 at either Gordon McCall's Motorworks Revival, The Quail - A Motorsports Gathering or the Rolex Monterey Motorsports Reunion. For complete coverage of this week’s action, head to our dedicated hub.