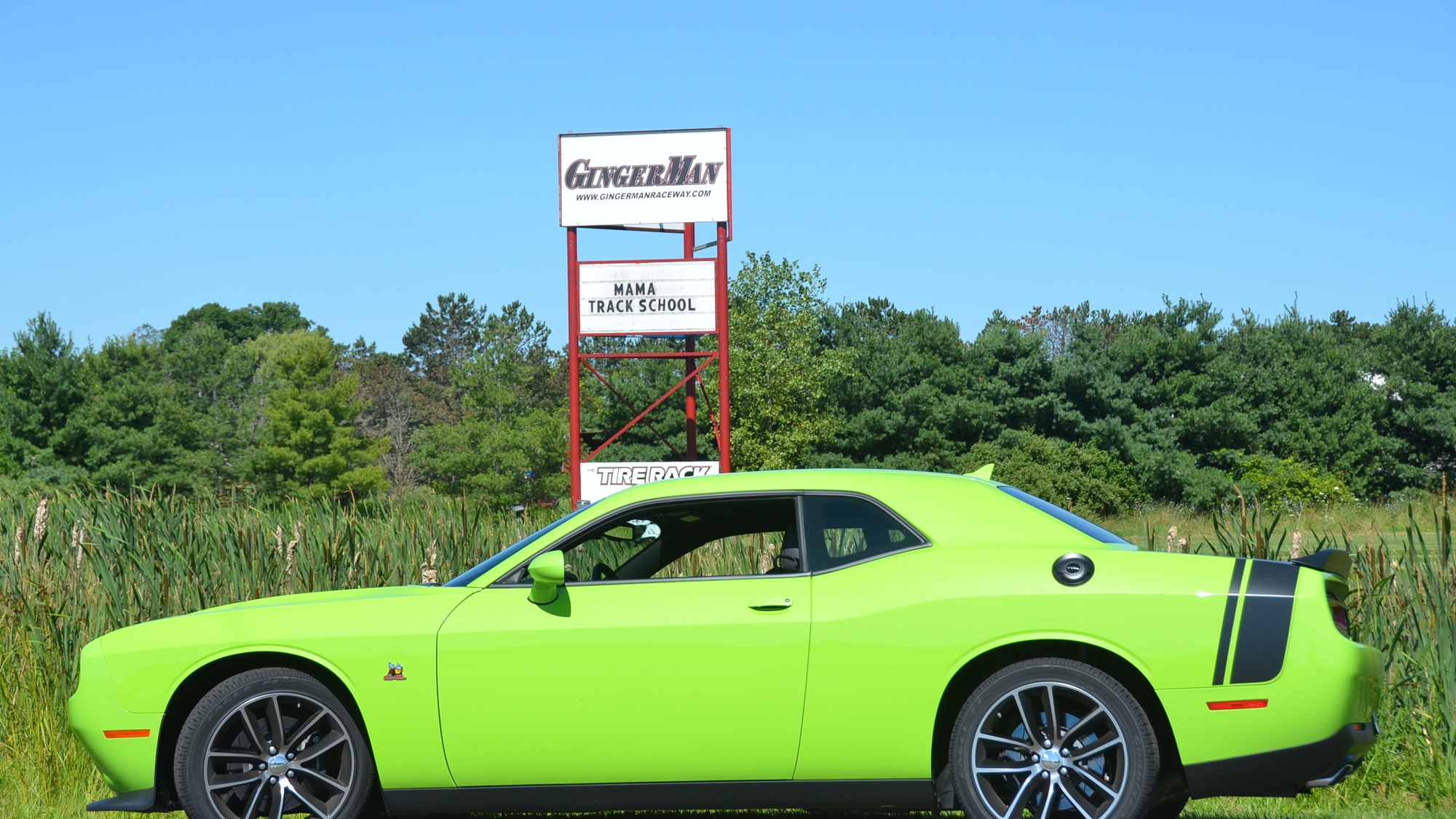 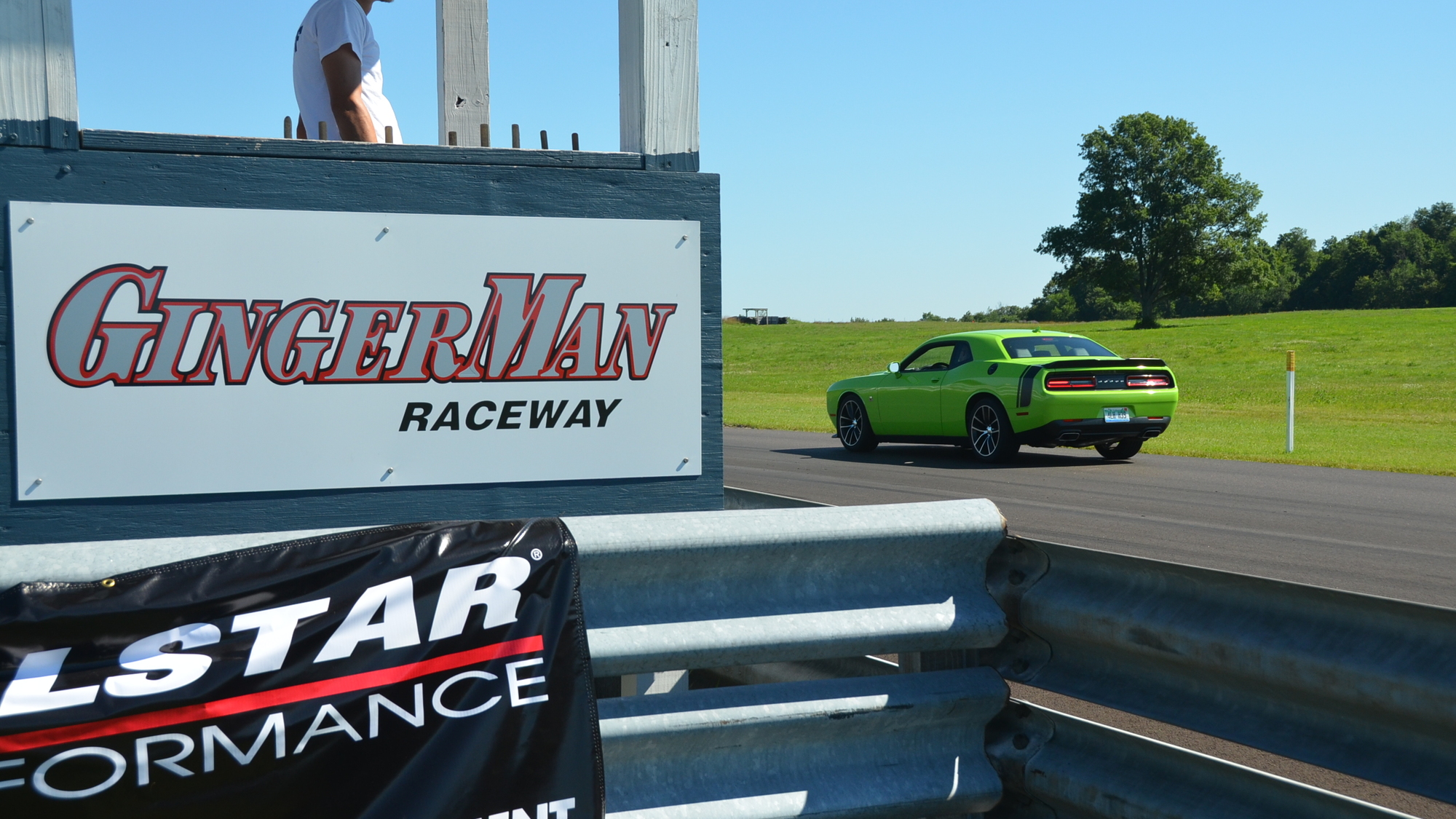 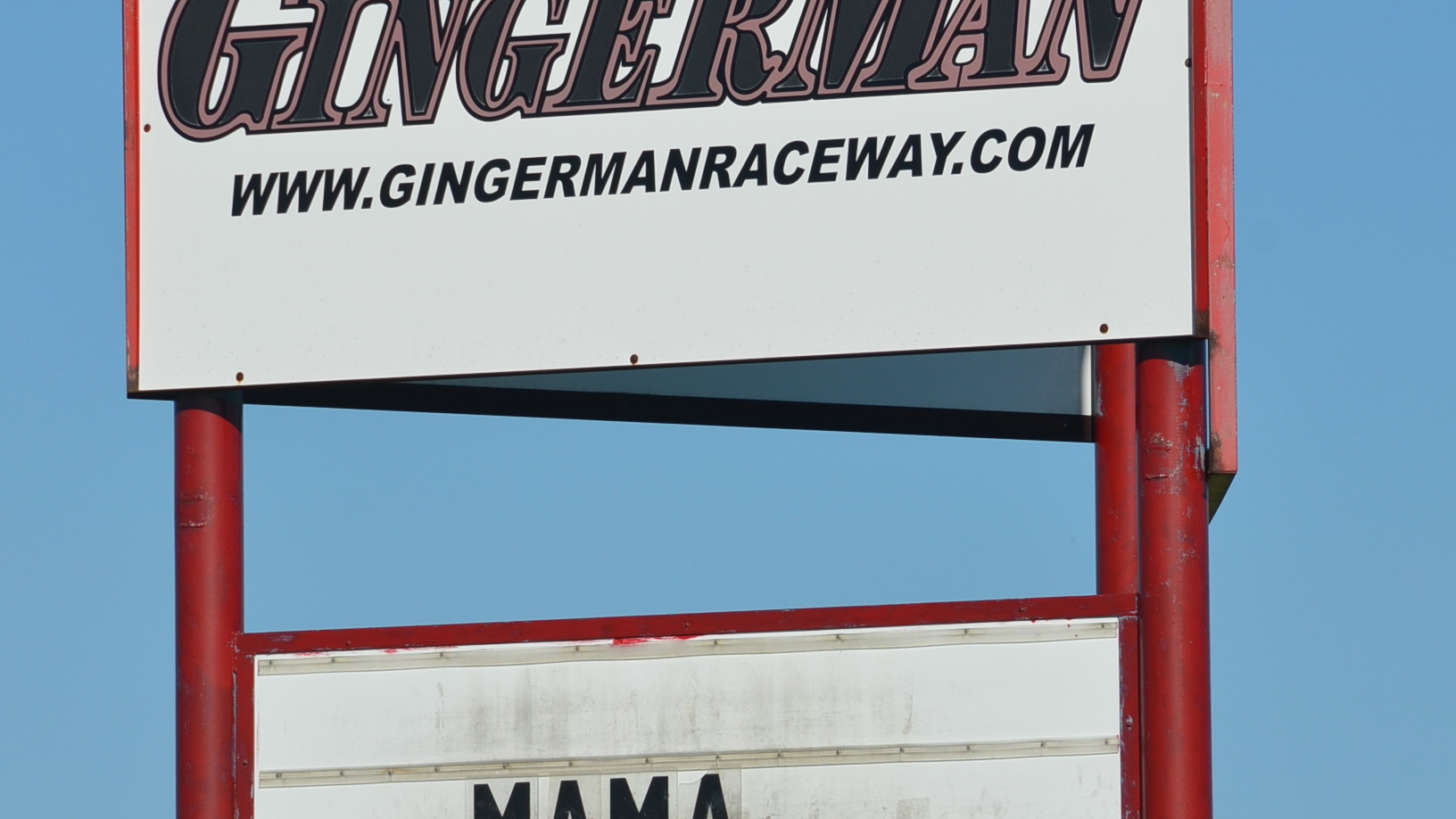 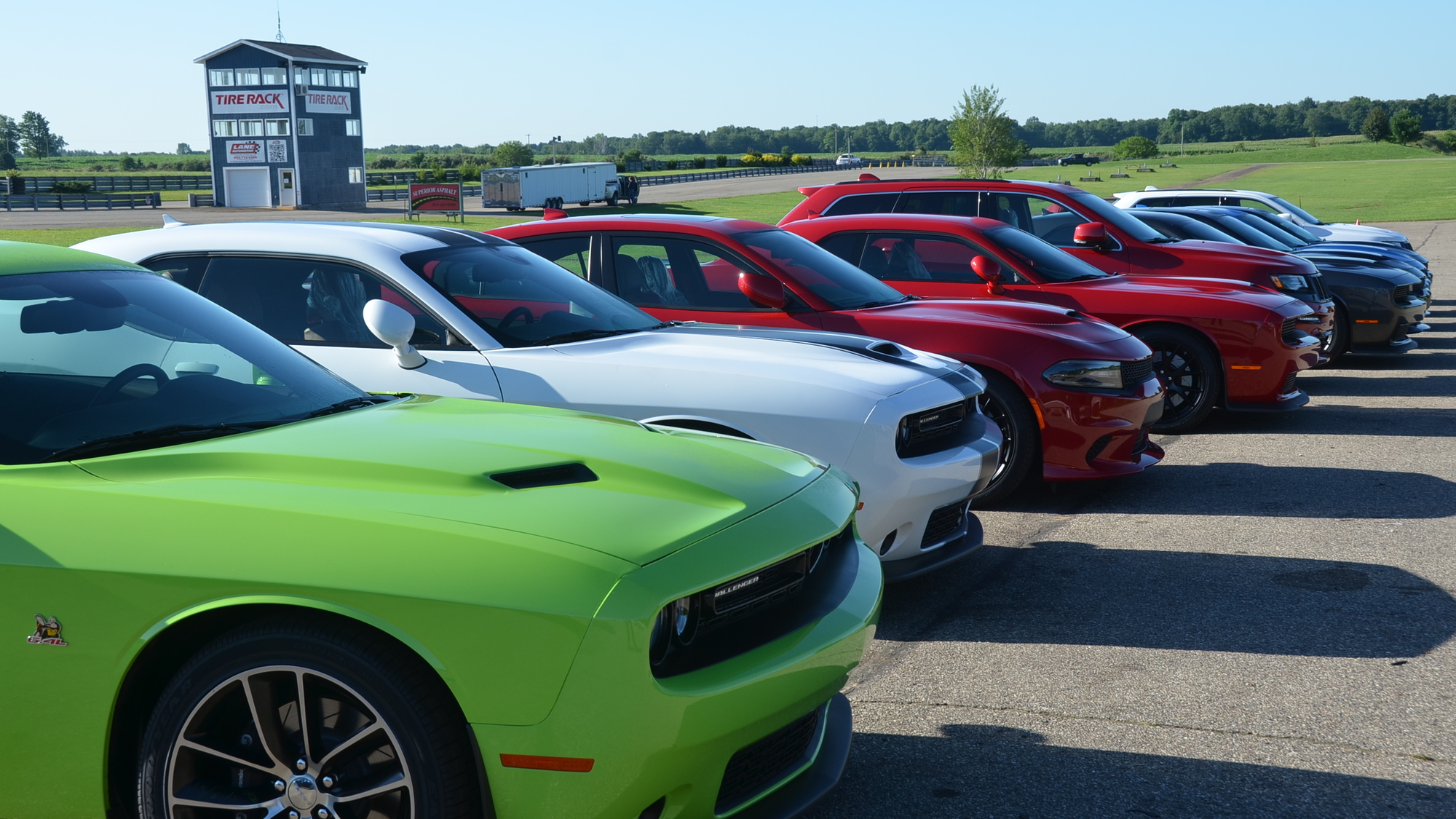 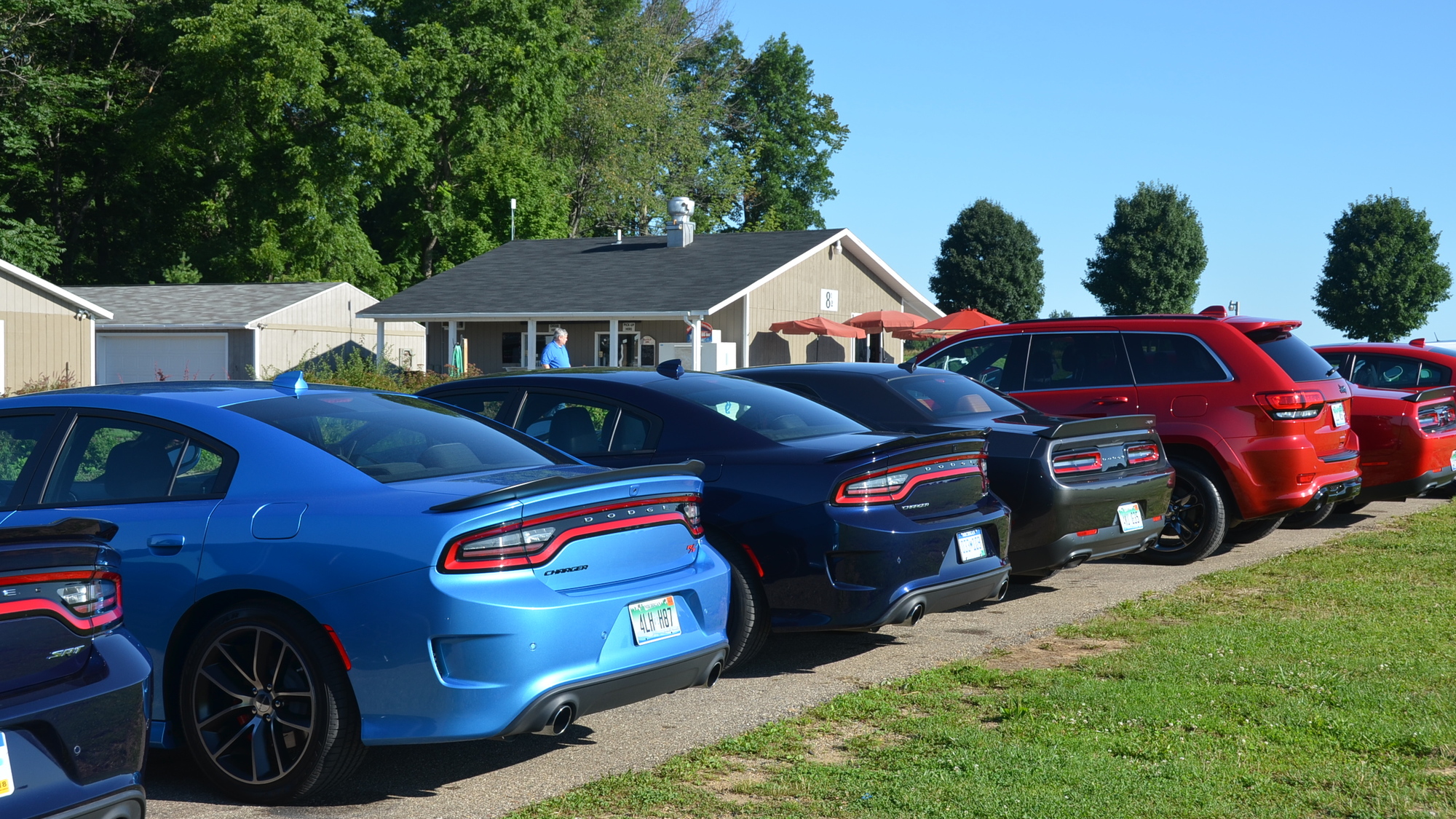 As part of our job here at Motor Authority, we test performance cars in a performance environment. That means we spend several days every year at race tracks wringing the living daylights out of the latest sports sedans, sports cars, and even supercars. We do this as a service to you, our loyal readers, so we can report on the high-speed capabilities of today’s machinery. It’s tough work but someone has to do it.

Automakers are taking a risk by handing the keys to journalists and letting us have at it at triple-digit speeds in cars that can top 500, 600, or even 700 horsepower. They assume a certain level of competence from the journalists who drive their cars, but that ability has to be nurtured somewhere.

In 2013 and 2014 I served as the president of the Midwest Automotive Media Association (MAMA). My reign of terror ended this past January when I turned that role over to Cars.com Editor-in-Chief Patrick Olsen. Patrick and I agreed that MAMA could provide the track training needed for inexperienced automotive journalists.

With that in mind, we worked our contacts. We knew that the CGI Motorsports track driving school based at Southwestern Michigan’s Gingerman Raceway could provide the training. We’d just be on the hook for the track rental. We then approached the good folks at Fiat Chrysler Automobiles [NYSE:FCAU] for sponsorship dollars and cars to drive at the event, and they agreed. Bob Broderdorf, Head of Dodge Brand Cars, explained Dodge’s reasons for getting involved: “The opportunity to go to a venue like this and showcase what we’re trying to do is a great opportunity for us. The fact that you guys are doing this builds the enthusiasm with journalists. It’s an admirable thing to do.”

With those pieces in place, we put the word out to MAMA membership that 24 spots were open for journalists to learn the basics of how to handle a car on a race track. MAMA members gobbled up those spots eagerly, and MAMA Track School was set for July 21.

From there, each attendee paired up with an instructor and hopped into the assortment of Scat Pack, SRT, and Hellcat Dodge Chargers and Challengers and Jeep Grand Cherokees FCA provided. Groups of six journalists hit the track at a time for three 20-minute sessions, giving each an hour of total track time. As part of FCA’s sponsorship, Dodge and SRT gave a midday presentation that marked the end of the day for the morning group and the start of the day for the afternoon group.

The view from the passenger seat

With 13 years and thousands of laps of track experience under my belt, I was tapped to be one of the instructors for MAMA Track School, as was veteran racer and author Burt Levy. CGI Motorsports provided five additional instructors, including CGI’s owner, Phil Mirenda.

Like most of the instructors, I was assigned four students, two in each session, which gave me four total hours of passenger seat time. Our goal was to build both the ability and confidence of each student while keeping them safe. We urged the students to drive within their limits and only go as fast as they could within their comfort zone. I’m happy to say that I never feared for my life and each student improved greatly throughout the day.

My view from the passenger seat, however, showed me areas that cause drivers to struggle and made me reflect on my own driving techniques. By far the hardest concept to grasp was braking technique, which is an area that I continue to improve upon. The proper technique is to squeeze the brakes firmly when approaching a corner, getting most of the braking done early, then easing off the pedal as you transition to either the throttle or trail braking in the corner. Trail braking is an advanced technique that we did not emphasize for these mostly beginner drivers.

As I have over the years, my students had a variety of braking problems. Getting them to brake hard enough was an issue, as some hit the brakes like they would on the street. That doesn’t work from extra-legal speeds. Judging when to brake was an issue as well, with many drivers braking far too early. That’s fine with me as that means they were being safe. Finally, they would often brake hard initially, let up, then have to get on the brakes harder when they realized they hadn’t scrubbed off enough speed to make the corner. By the end of the day, these techniques had generally improved, though all the drivers still have work to do (as do I).

The other main issue that improved throughout the day was learning the racing line. Drivers often wouldn’t get over far enough to the side of the track and wouldn’t drive the car all the way out to the track cones we had set up. Even though turn-in points were marked as well, they weren’t always used, but most drivers eventually learned the various corners. It was particularly satisfying to have a student figure out the proper racing line and feel the difference in the way the car reacted when he executed it properly. As the drivers learned the 1.9-mile 11-turn track, they also gained the confidence to drive at higher speeds but still stay within their limits.

The students had various reasons for attending MAMA Track School. Most came to learn how to handle a car better. One of my students, Aaron Birch, contributor at Motrolix.com, said: “Track driving is the most extreme situation you can put a car in. It reveals more about the chassis and powertrain than any other type of driving, and I wanted to gain experience with that.” That was a sentiment shared by many of the students.

Jennifer Morand, Director of PR and Social Media for the Chicago Automobile Trade Association, had a different take. “I was really excited to learn how to properly drive on the track, and also be able to intelligently speak the language when working with auto manufacturers and journalists,” she said.

The students I spoke to said the school served its purpose. “I certainly felt more comfortable in the second two outings, a lot more competent and confident,” said Birch. “I definitely learned how to take the widest radius through a corner, and feel out the braking points.”

Morand had a similar experience. “Beyond safety, I learned so much about how to properly drive on the track, reach the apex, follow the cones, and dance through curves with caution. I also learned a lot about the power of a Hellcat,” she said. Hollie Heiser, CGI’s marketing director, served as Morand’s instructor, and she was happy with her improvement. “Jen improved lap after lap,” she said. “Her biggest improvement was braking. The third session we worked on steering inputs and throttle application coming out of the corners.”

Larry Nutson, veteran writer for The Auto Channel, used the experience to fine tune his braking technique. “My problem was with braking,” he said. “I had a tendency to over-slow the car. By the end of the day I was braking later but still staying safe.”

Almost unanimously, the students, instructors and sponsors felt that MAMA Track School was a success. Morand summed up the main purpose of the event: “We want to protect the cars that automakers bring us. Part of the reason we’re doing this is so we are safe when we have track days like the MAMA Spring Rally.”

I think we accomplished that mission and hope other media organizations will follow our lead and sponsor track schools of their own. That will make automotive journalists safer and better judges of the cars they evaluate.