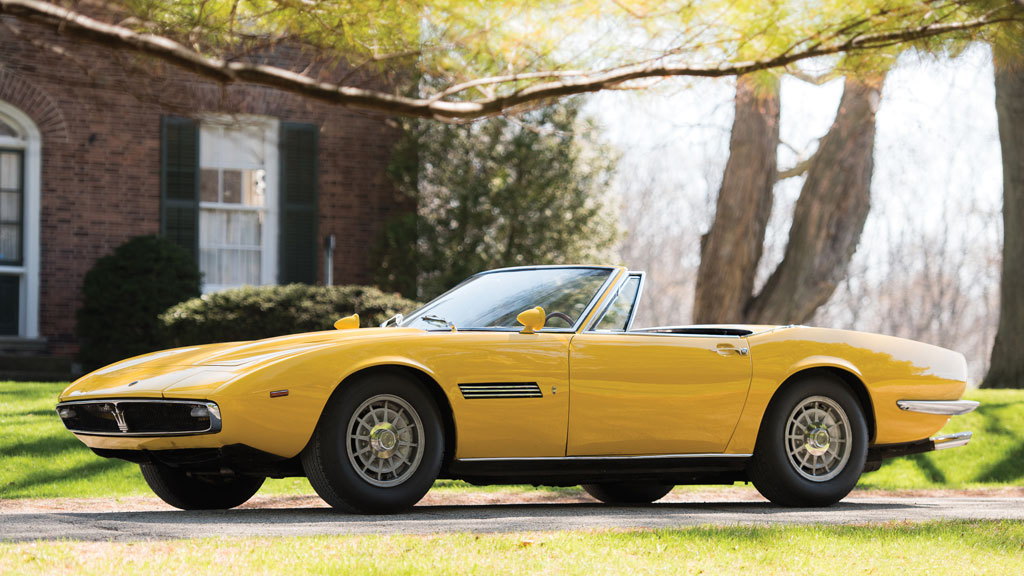 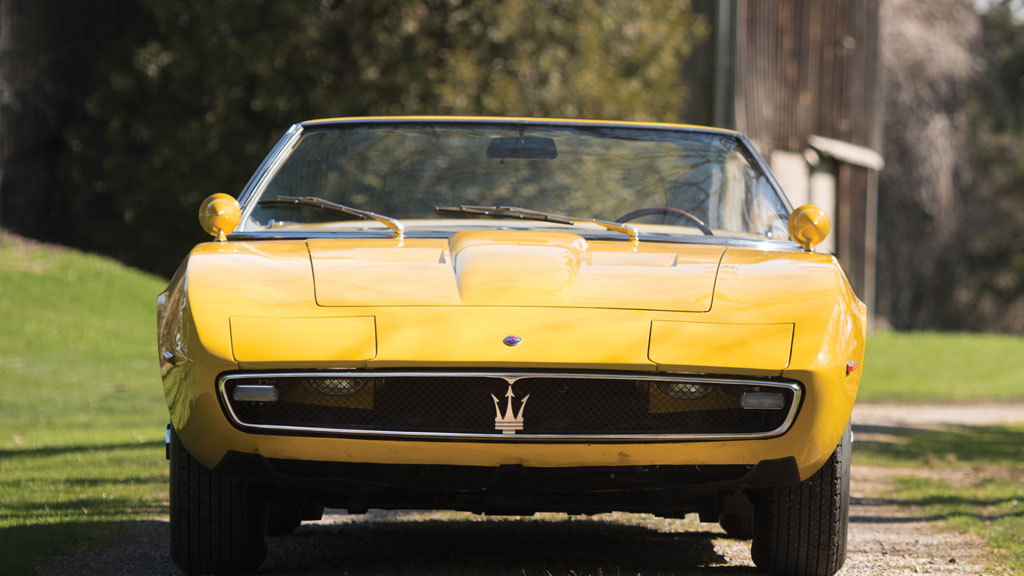 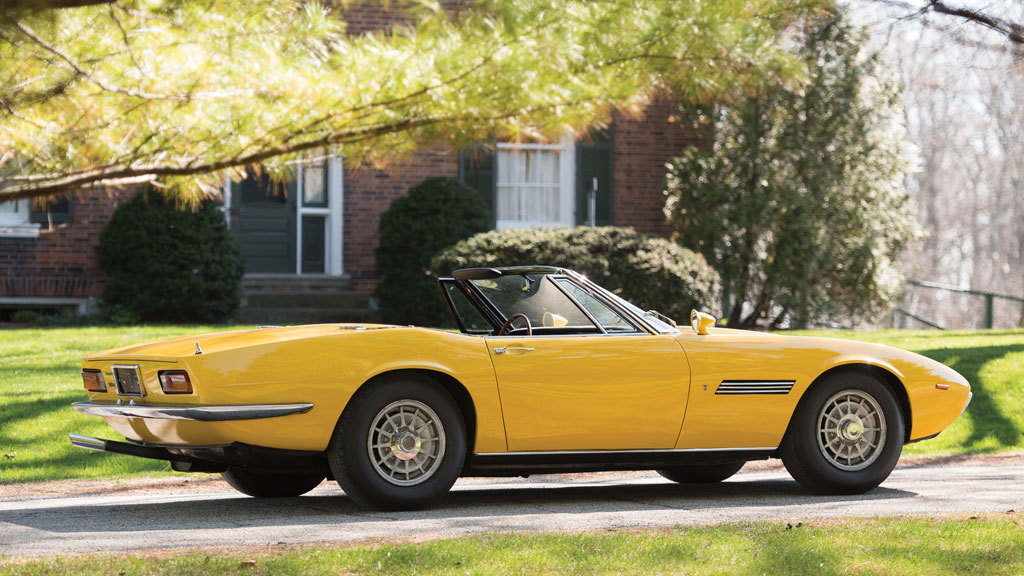 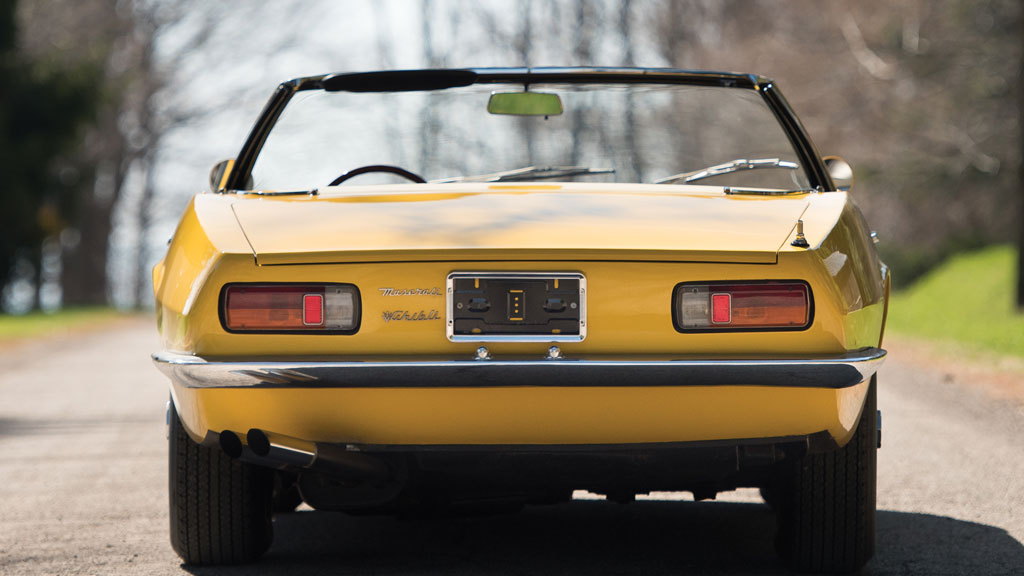 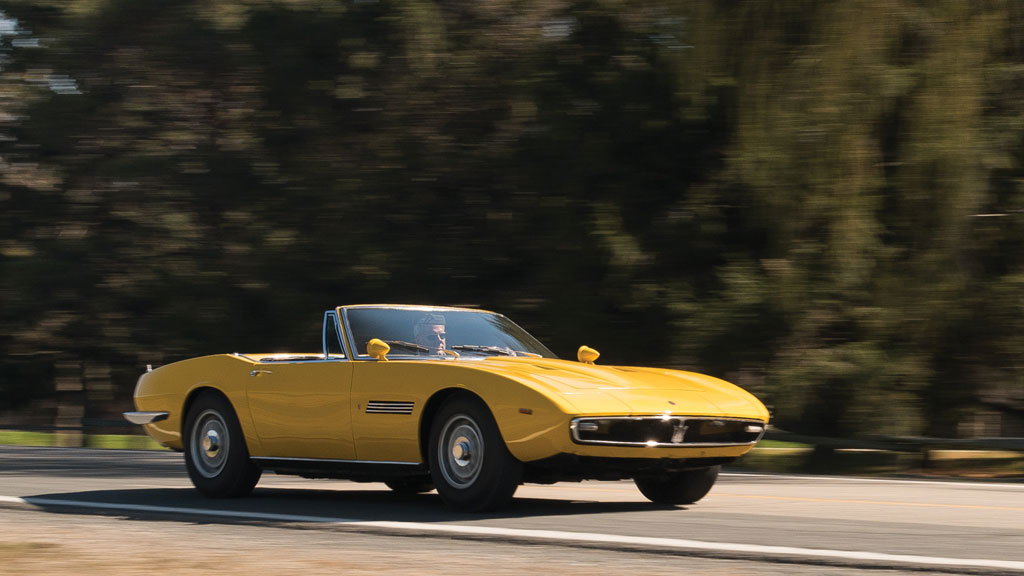 Today, the Maserati Ghibli is a mid-size sports sedan that slots neatly below the larger Quattroporte and its more sporting, two-door GranTurismo and GranTurismo convertible siblings.

The Ghibli wasn't always the four-door luxury machine it is today though, as the Ghibli name was first applied to a supremely shapely V-8-powered coupe, and then a boxy brute with a choice of twin-turbocharged V-6 engines.

It's the first Ghibli that we're talking about today. It was introduced in 1967, and through 1973 Maserati produced 1,170 examples of this delightful coupe. In 1969, however, a convertible Spyder version was released. Just 125 examples were created, making it an extremely rare machine. The most rare example though, would be the prototype version created in 1968... which is now heading to auction.

This year's RM Auction at Monterey running August 13-15 will see the wonderfully yellow piece of Maserati history head across the block. It was first shown to the world at the 1968 Turin Auto Show before spending life as a development car for the future lineup of Spyders sold to the public. Once it paved the way for the rest of the Spyder production, the development car was sold to a private party, where it would then change hands a few more times before winding up in storage for 30 years.

The car has since been cleaned up and sorted. It has never been pulled apart for restoration purposes, and the odometer shows a little over 40,000 miles. If you're interested in chassis #1001, you're going to need to have a rather healthy bank account. The pre-auction estimate for this Ghibli Spyder is pegged at a sum between $1,200,000 and $1,800,000.