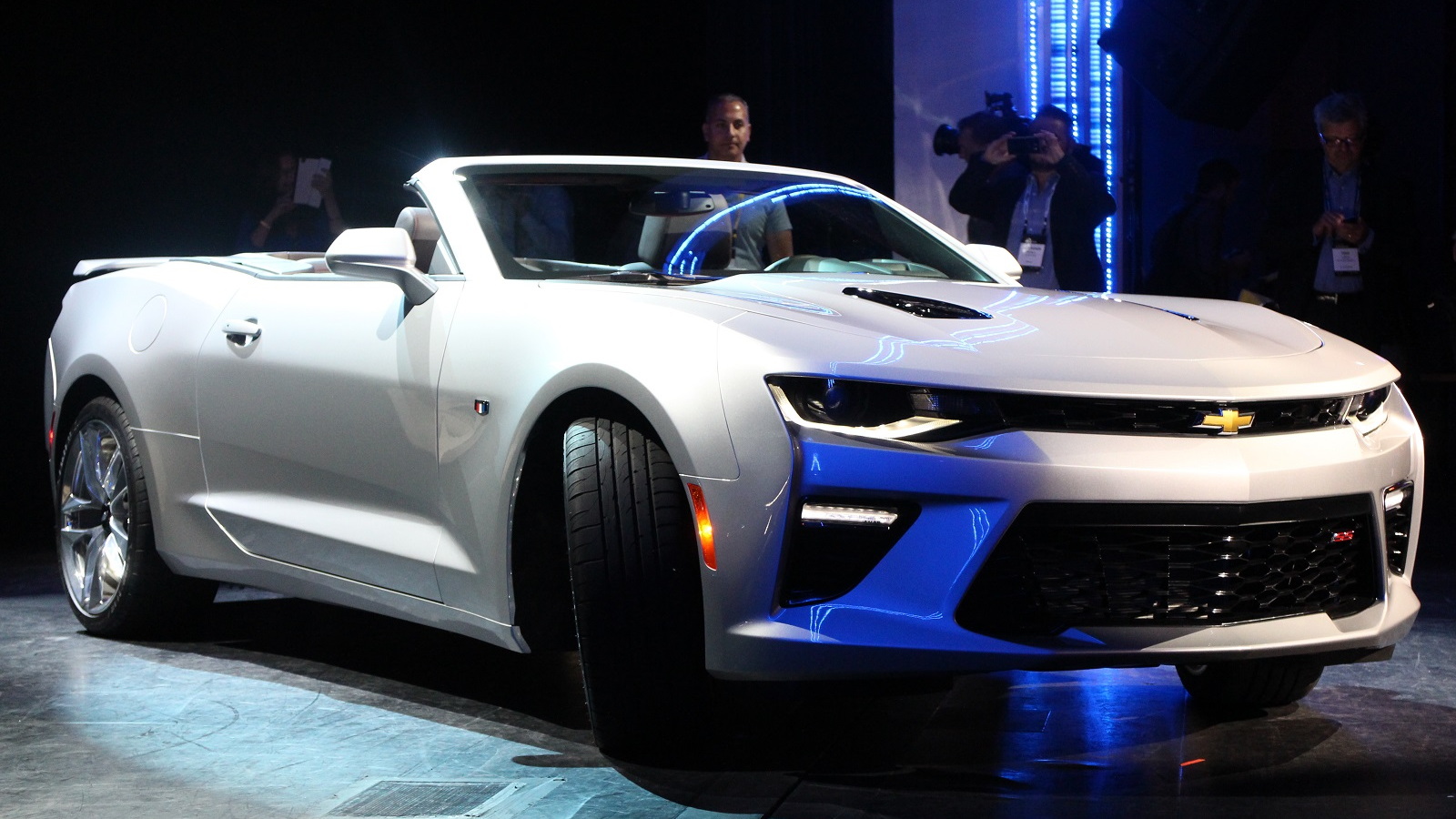 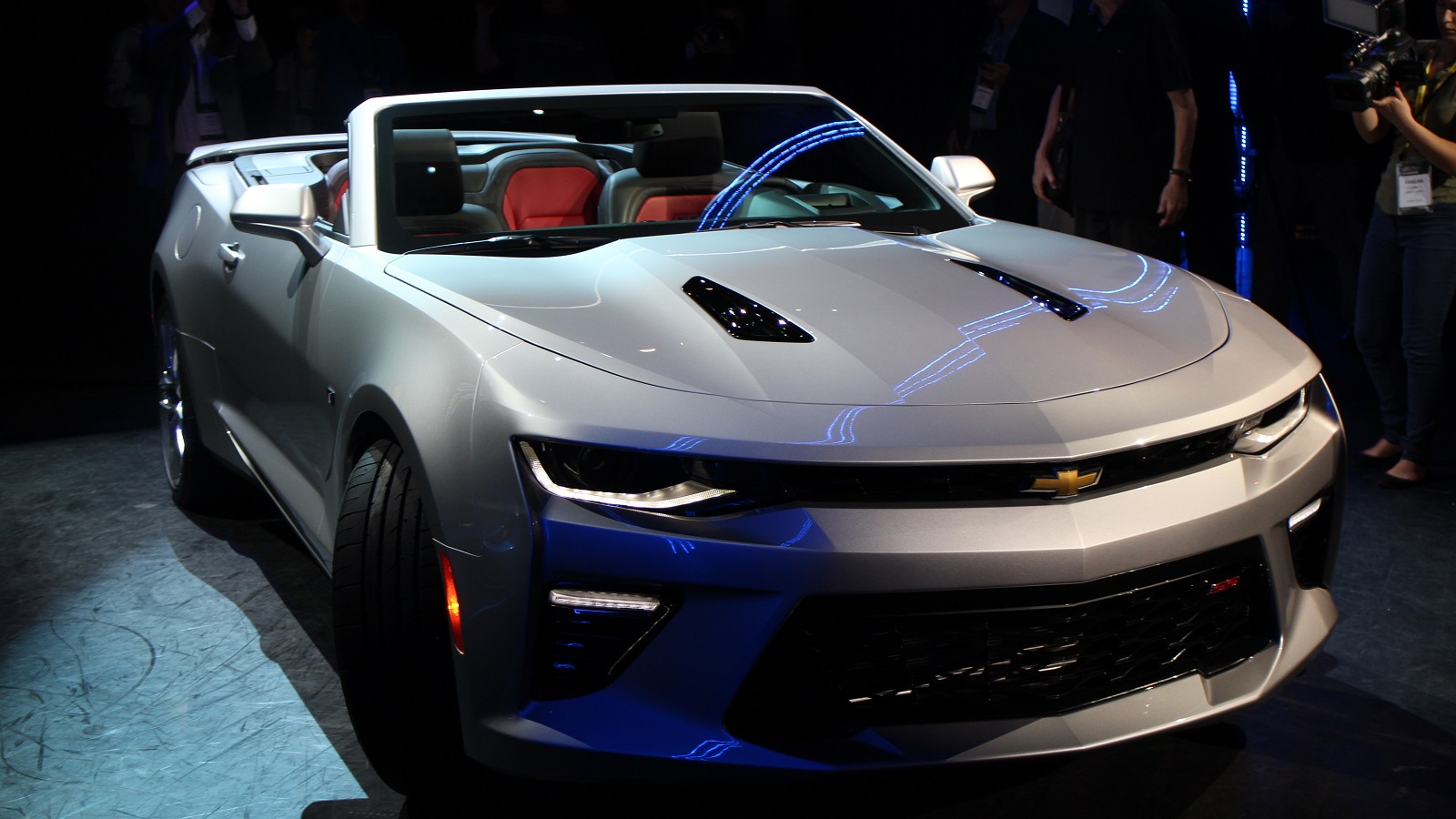 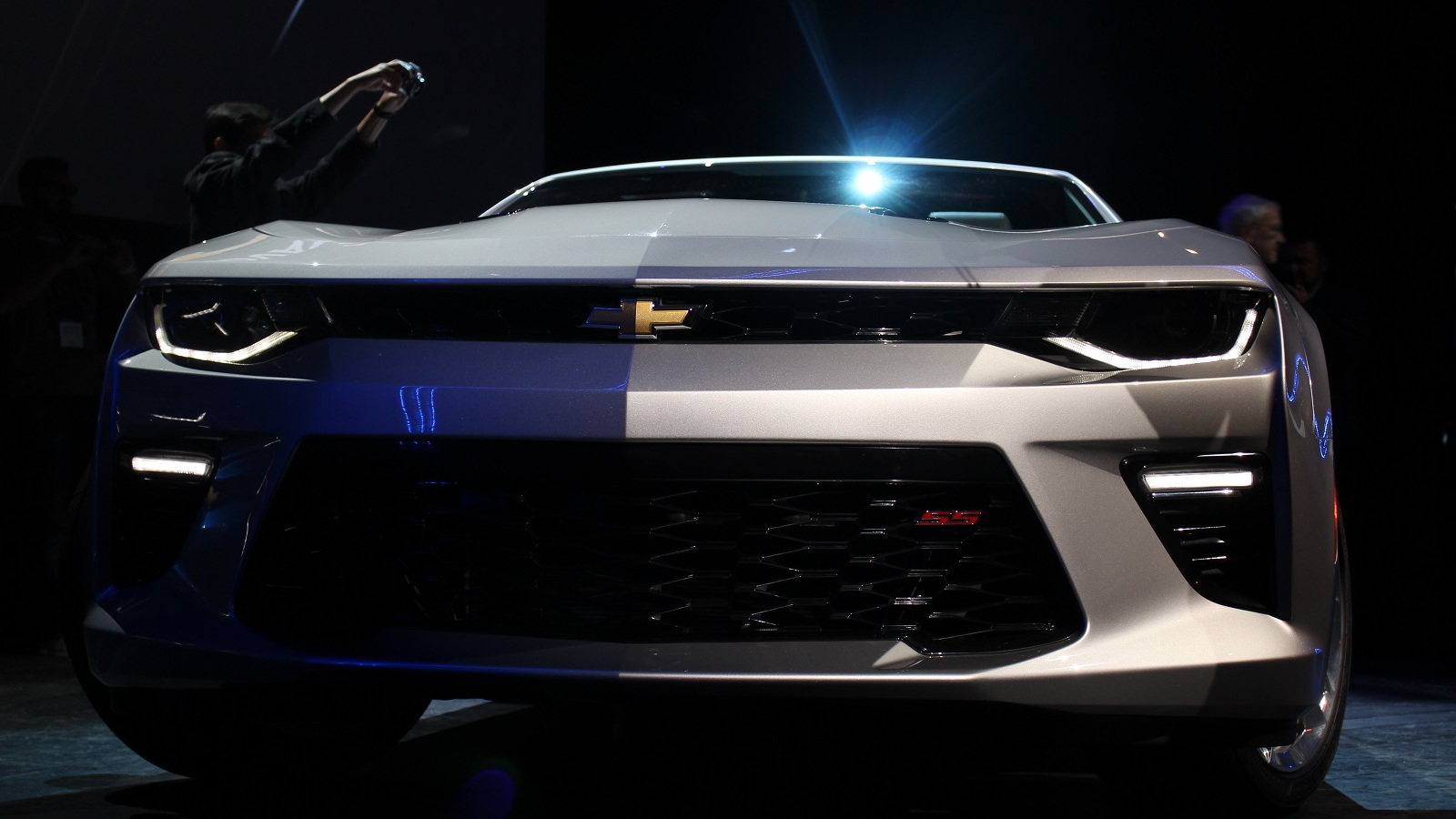 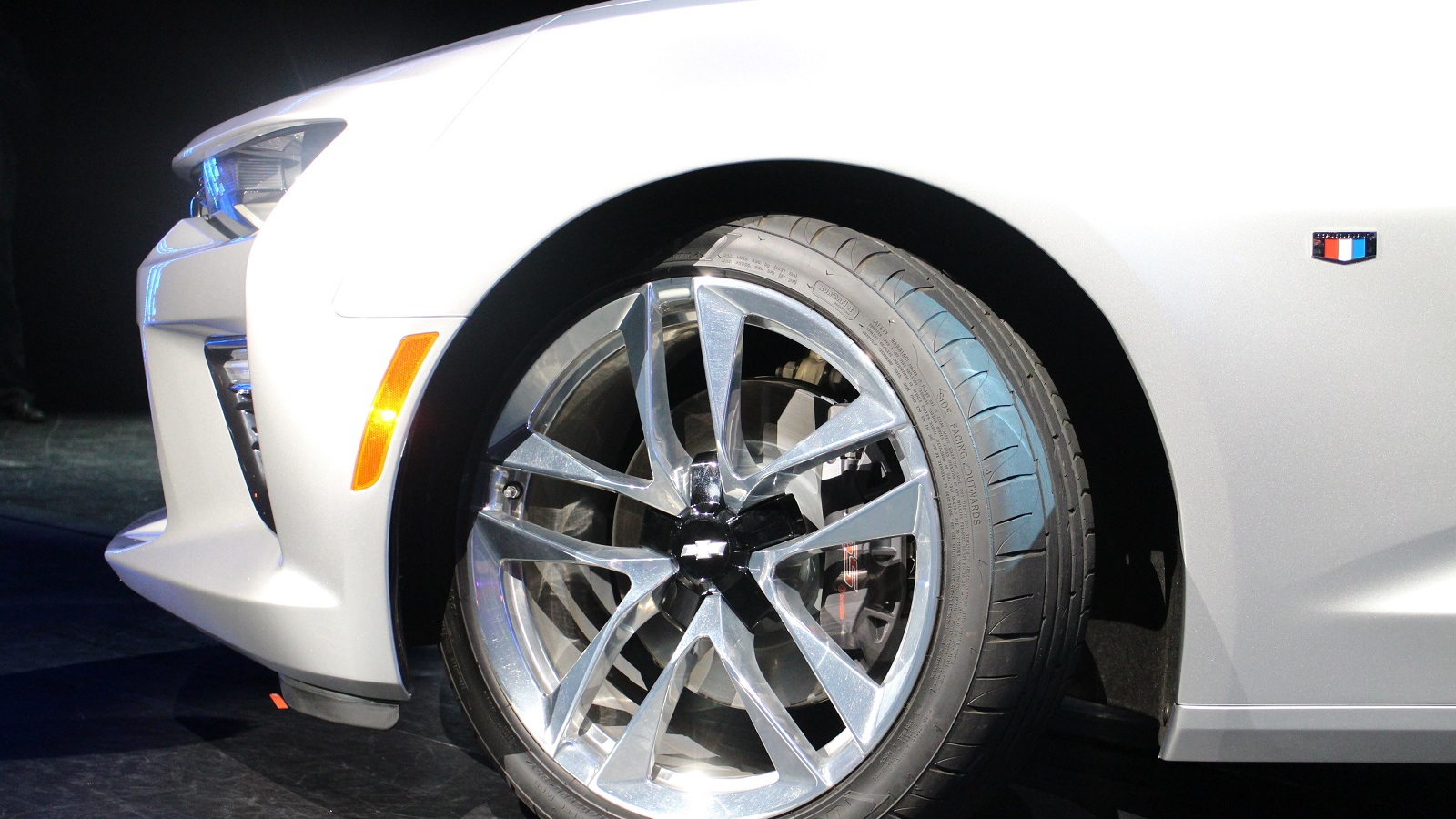 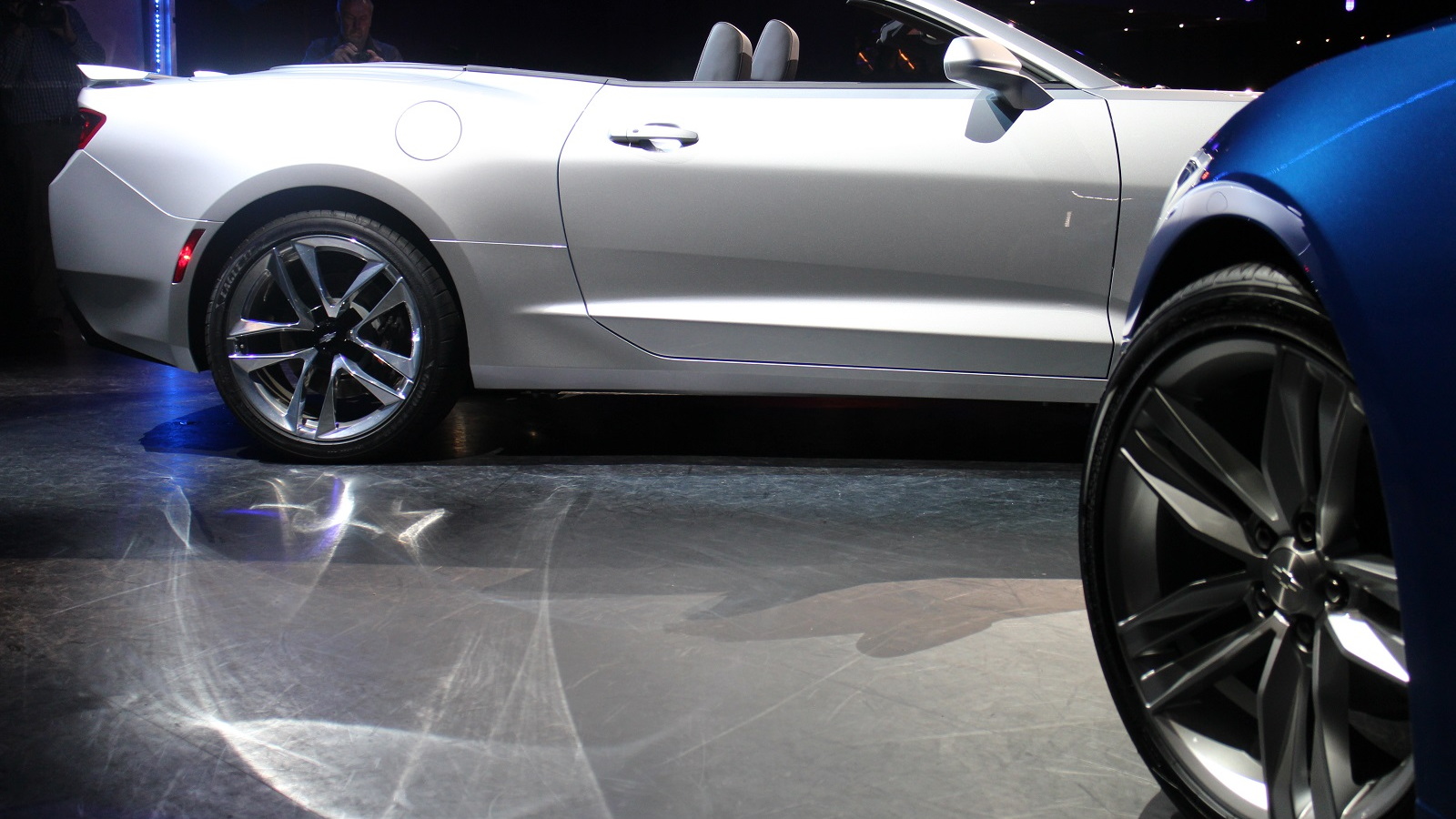 Only a month after blowing us away with its all-new, sixth-generation 2016 Camaro, Chevrolet has now taken the wraps off the car’s convertible variant which like the coupe will be introduced for the 2016 model year. The new Camaro Convertible sticks with a conventional folding soft-top but there are a number of innovations not normally found in the segment.

For example, the roof is fully automated, including the latches that either lock the roof in place or release it. You can also close or open the roof while traveling at speeds of up to 30 mph, and when you’re not behind the wheel there is a button on the key fob that can also be used to control the roof.

While the roof is a soft-top, it’s not an ordinary unit like Camaro models of the past. It features multilayer construction—including acoustic and thermal barriers—designed for a comfortable, quiet driving experience in all seasons.

And best of all, the roof has been designed so that it emulates the sleek silhouette of the coupe when up. And when down, a hard tonneau cover deploys automatically to cover it, providing a more refined, finished appearance.

Inside, the driver-focused cabin integrates class-leading control technologies, including a new Driver Mode Selector, configurable instrument cluster and a customizable ambient lighting feature. Chevy’s designers have kept the rear seats for the latest-generation Camaro Convertible, though like previous versions leg room up back will be limited.

Apart from its roof, the new Camaro Convertible is virtually identical to the coupe. It also benefits from a stiffer, lighter structure that helps reduce total vehicle weight by at least 200 pounds compared to the model it replaces.

The base model will come with a 2.0-liter turbo four, rated at 275 horsepower. It will be joined by a 3.6-liter V-6 model with 335 hp, and at the top of the range, for now at least, will be a V-8-powered SS with a 455-hp 6.2-liter LT1 V-8 borrowed from the Corvette Stingray. Transmissions will include six-speed manual and eight-speed automatic units.

Pre-production versions of the 2016 Chevy Camaro are being assembled at General Motors Company’s [NYSE:GM] Lansing Grand River Assembly plant in Michigan. The coupe lands in showrooms this fall, while this Camaro Convertible will follow in early 2016.