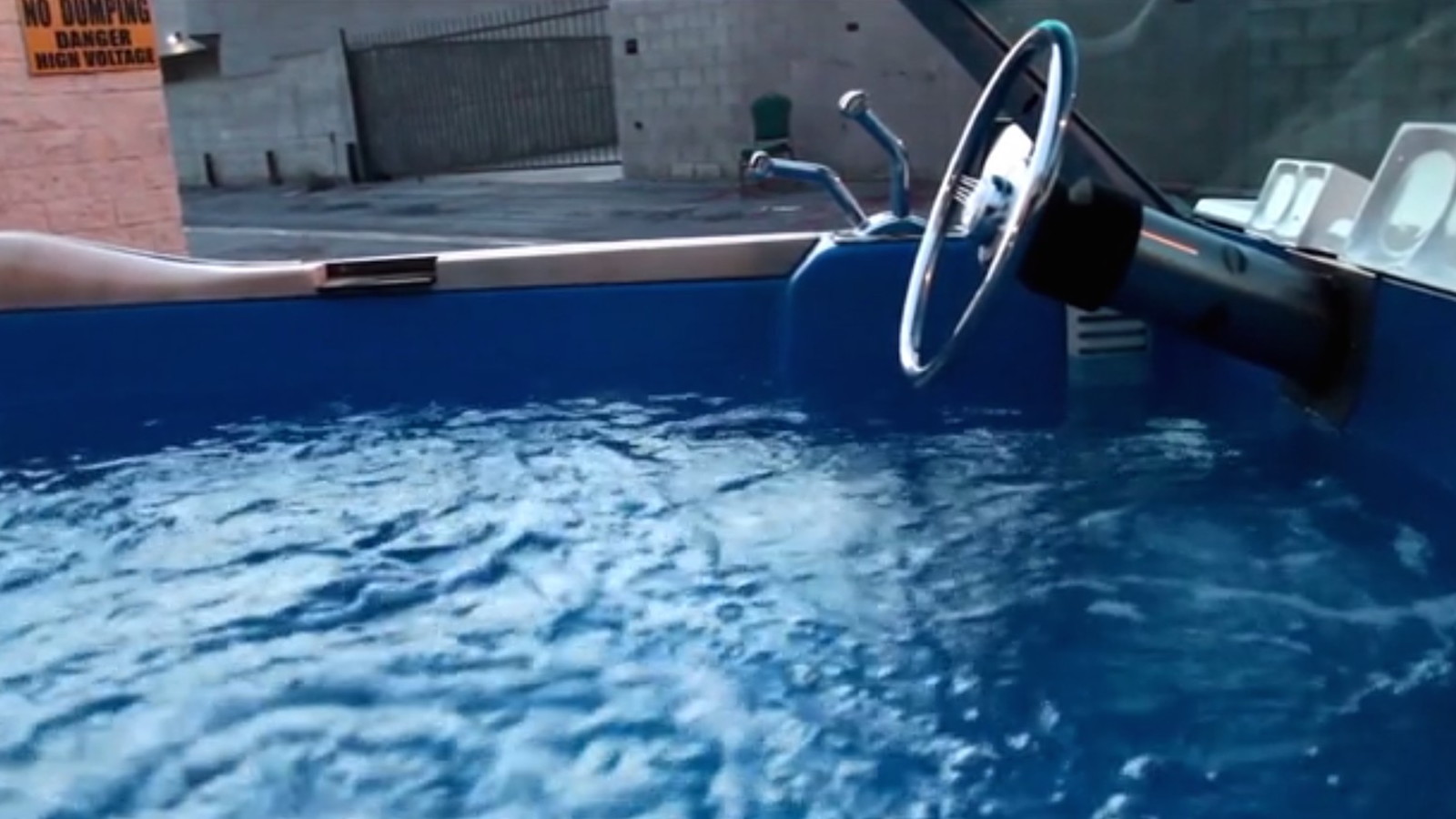 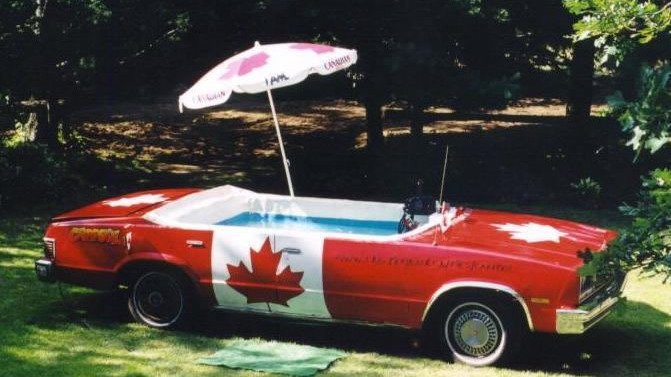 As we wrote last year, the Carpool Deville is the Kickstarter-funded brainchild of two rather disturbed individuals, Phillip Weicker and Duncan Forster. Their dream? To take the car to the Bonneville Salt Flats and set a new land speed record for an automotive hot tub.

Sadly, they were thwarted in that attempt by—ironically—water, which caused the sanctioning organization to cancel the event entirely, as it covered the salt flat course.

Instead the hydrodynamic duo setup their own unofficial course, managed a run to 50 mph (confirmed by various smartphones) and called it a day—for now.

Hopes are high that 2015 will be the year of the Carpool Deville’s official dive into the history books. Stay tuned for more as we watch this nutty, brilliant adventure come to fruition.