Former race cars are always guaranteed hits when they wind up crossing the auction block. Be they big or small, everyone loves a machine that was used for the purpose it was built, and one that performed well at its given task.

This particular car is on the small side, but has a large history and it should fetch a solid sum when it heads to auction this April.

It started life as the WJB 707 Works Sprite, which competed in the 1960 Tour de Corse. Rebodied in 1961, it was transformed into a lightweight Sebring Sprite for Ian Walker. This man was an ex-tailgunner in the war turned racing driver and race team manager. Apparently Walker was a bit of a madman hot shoe behind the wheel of this Sprite, winning against everything he faced in the one-liter class. Additionally, he was often so quick that he wasn't too far behind the likes of the much more powerful Aston Martin DB4s, Ferrari 250 GTOs, and Jaguar E-Types. 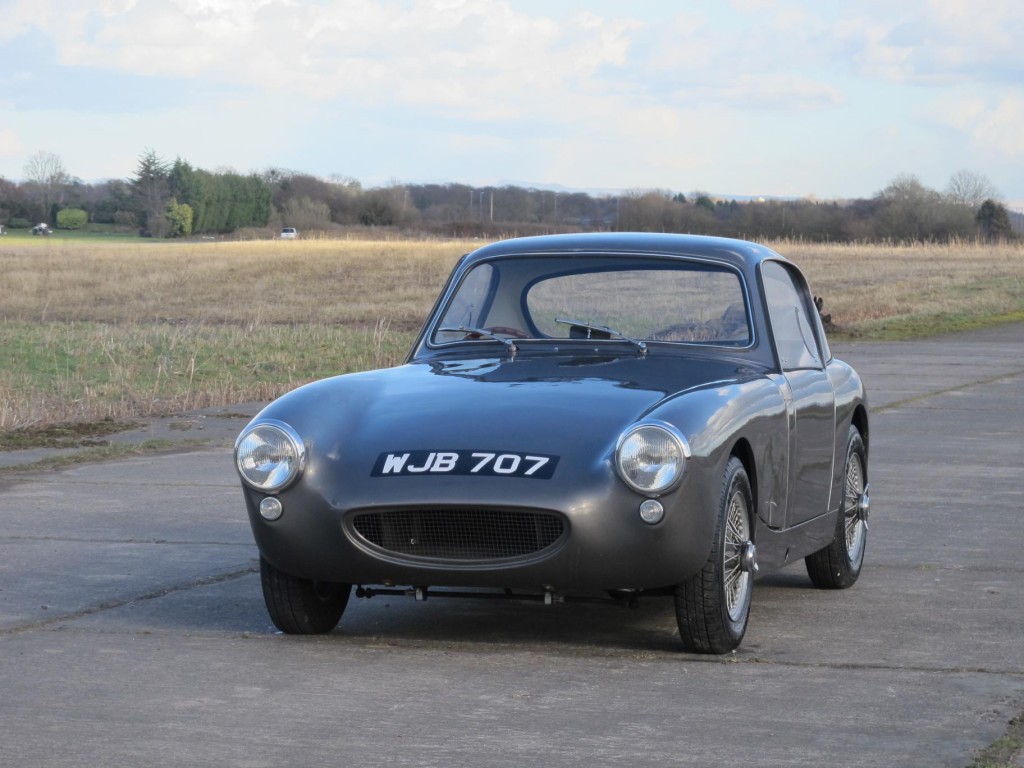 So what we have here heading to auction is a nearly original racing machine with a fantastic history. Most of the aluminum panels are original, save for a number redone in fiberglass, and only five cars were bodied by the company that handled the transformation of this Sprite. This example is said to be the finest. Pre-auction estimates pin the potential sale figure at between $120,000 to $150,000.