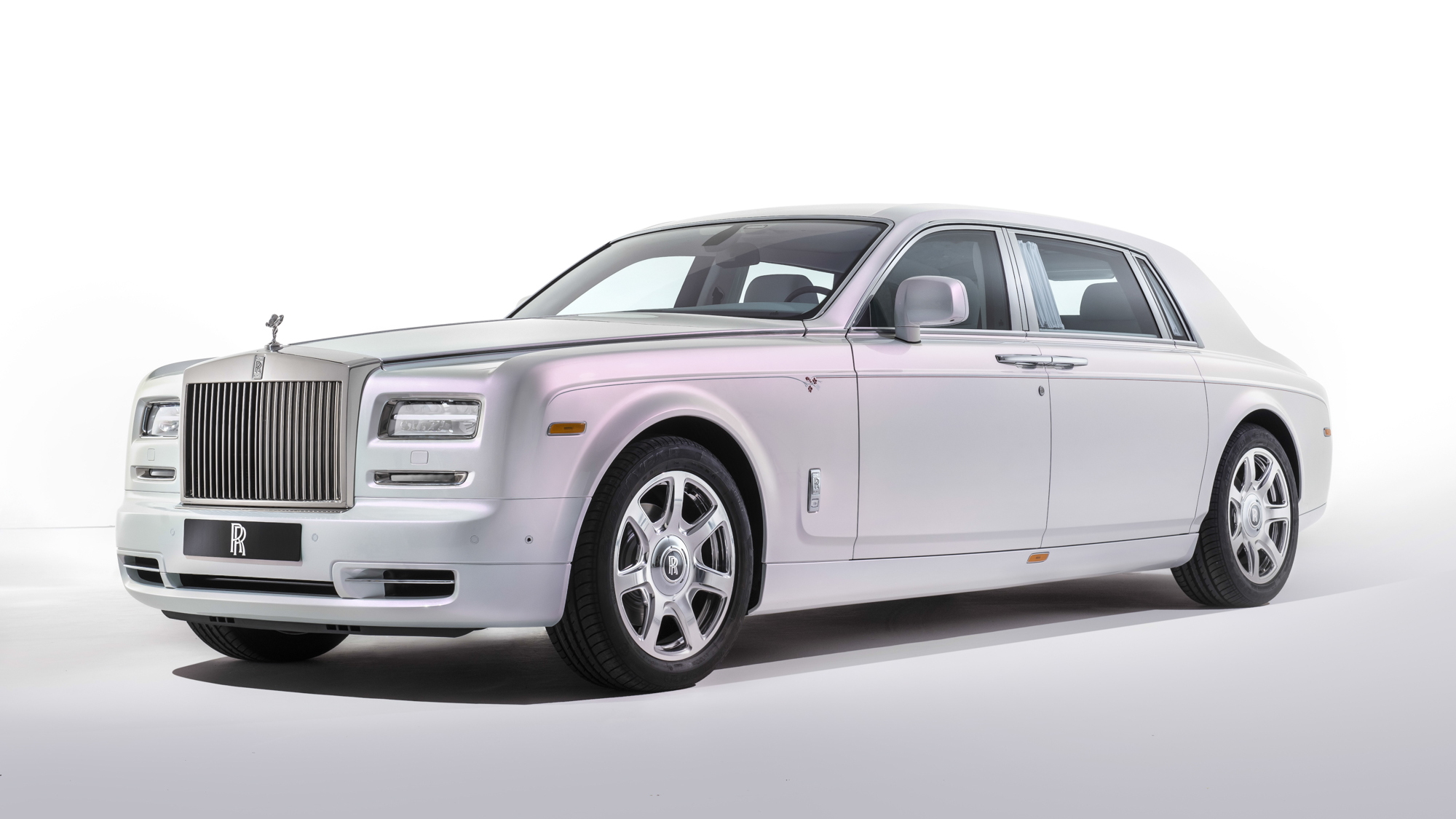 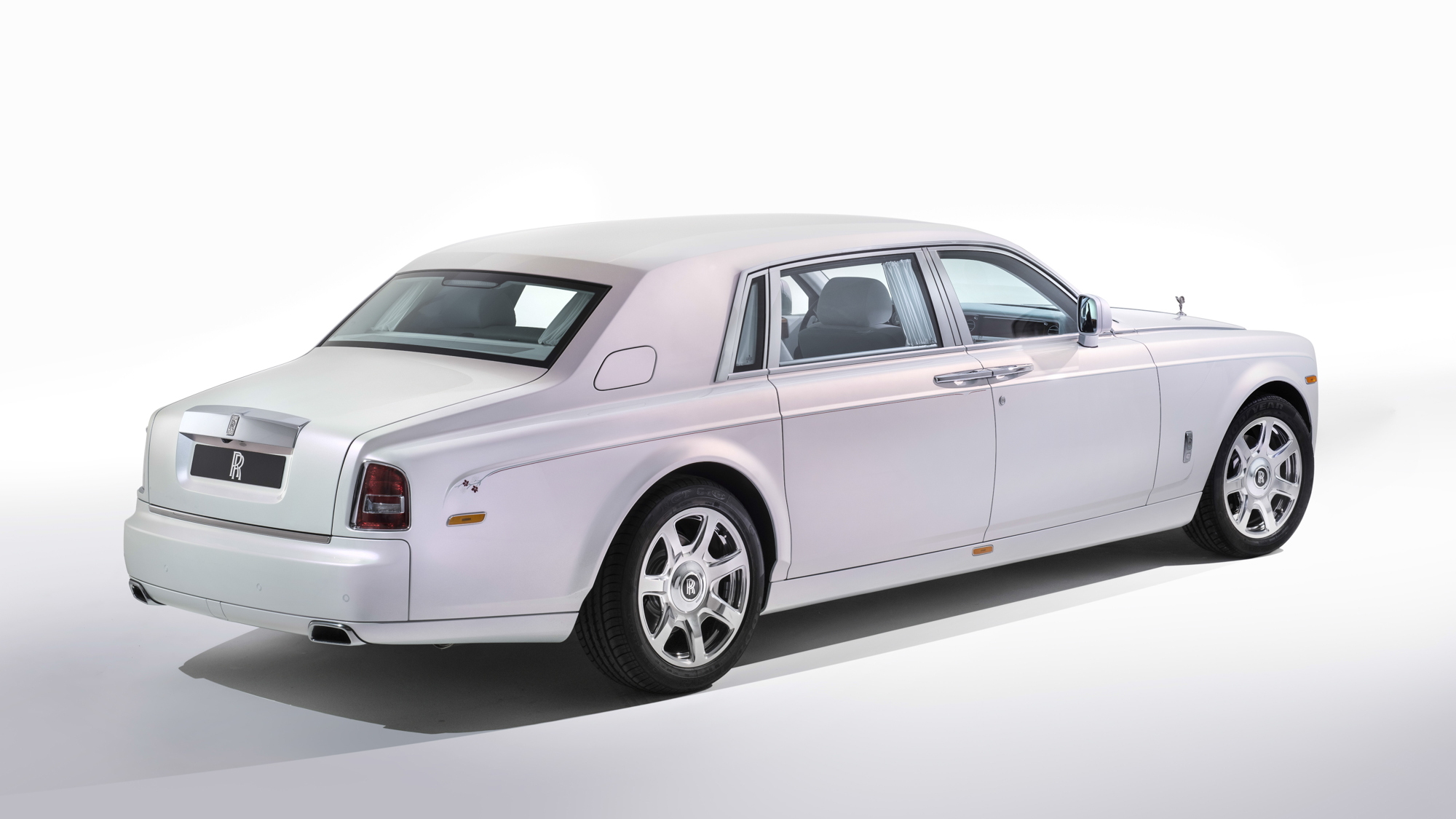 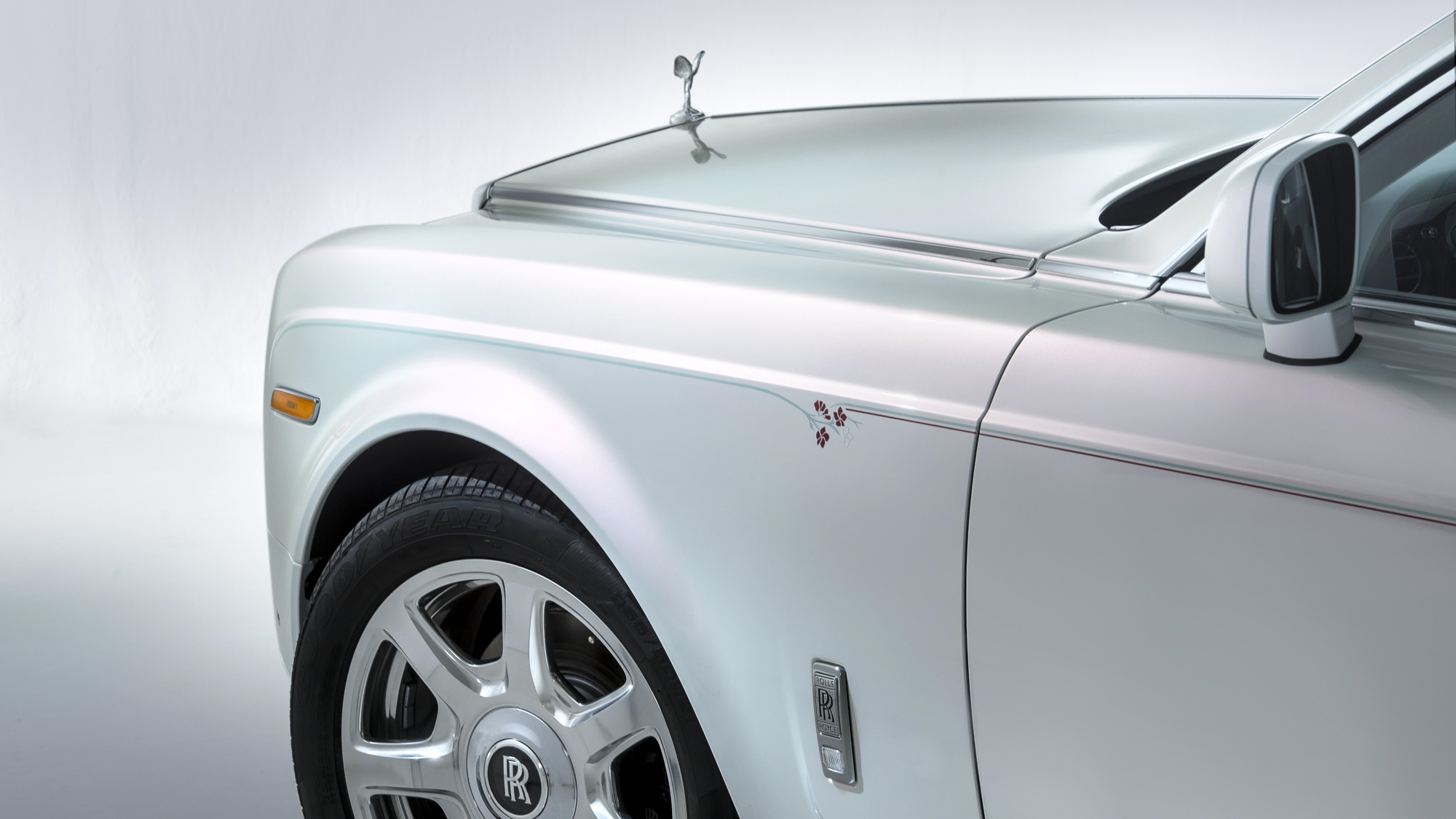 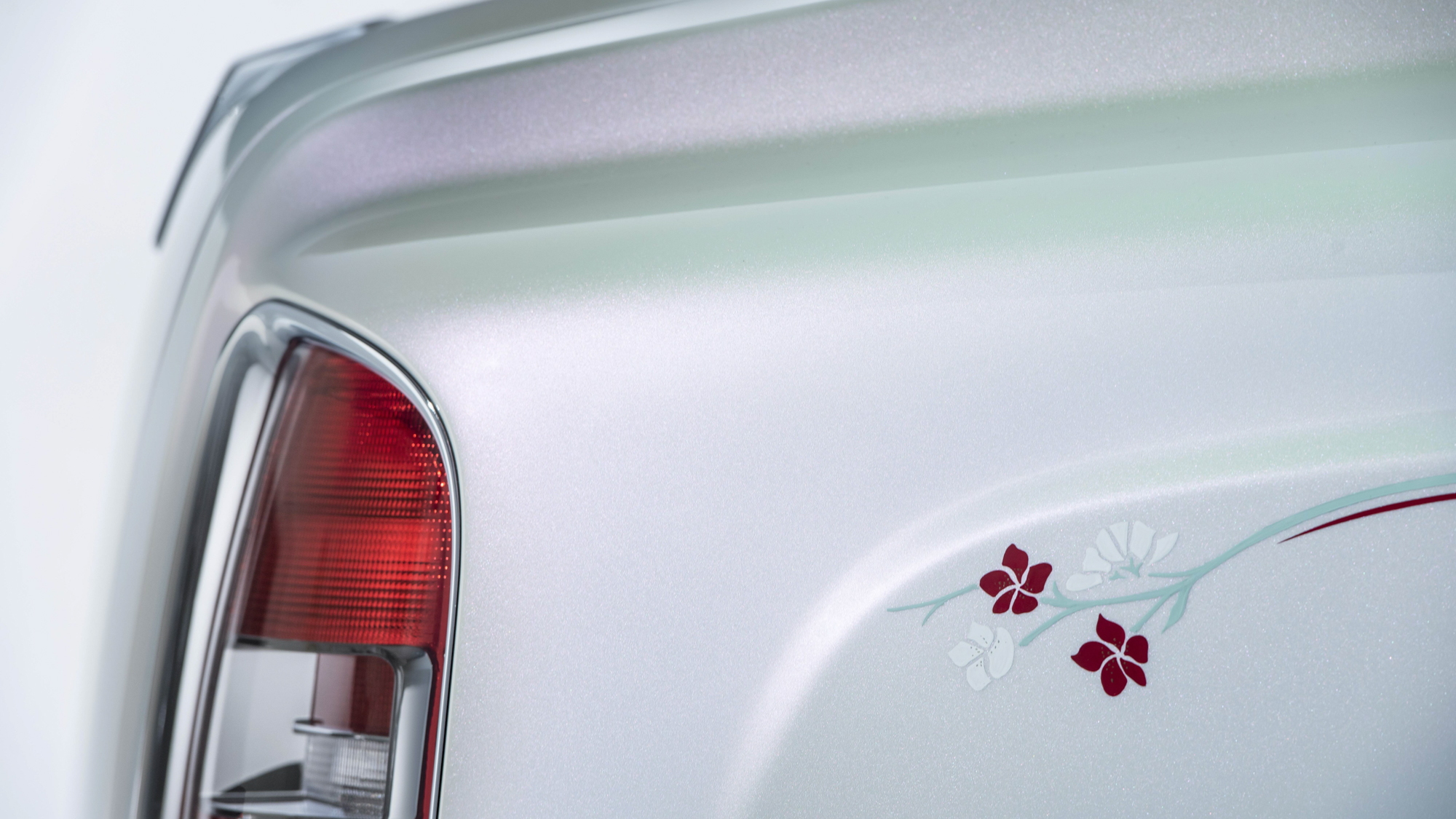 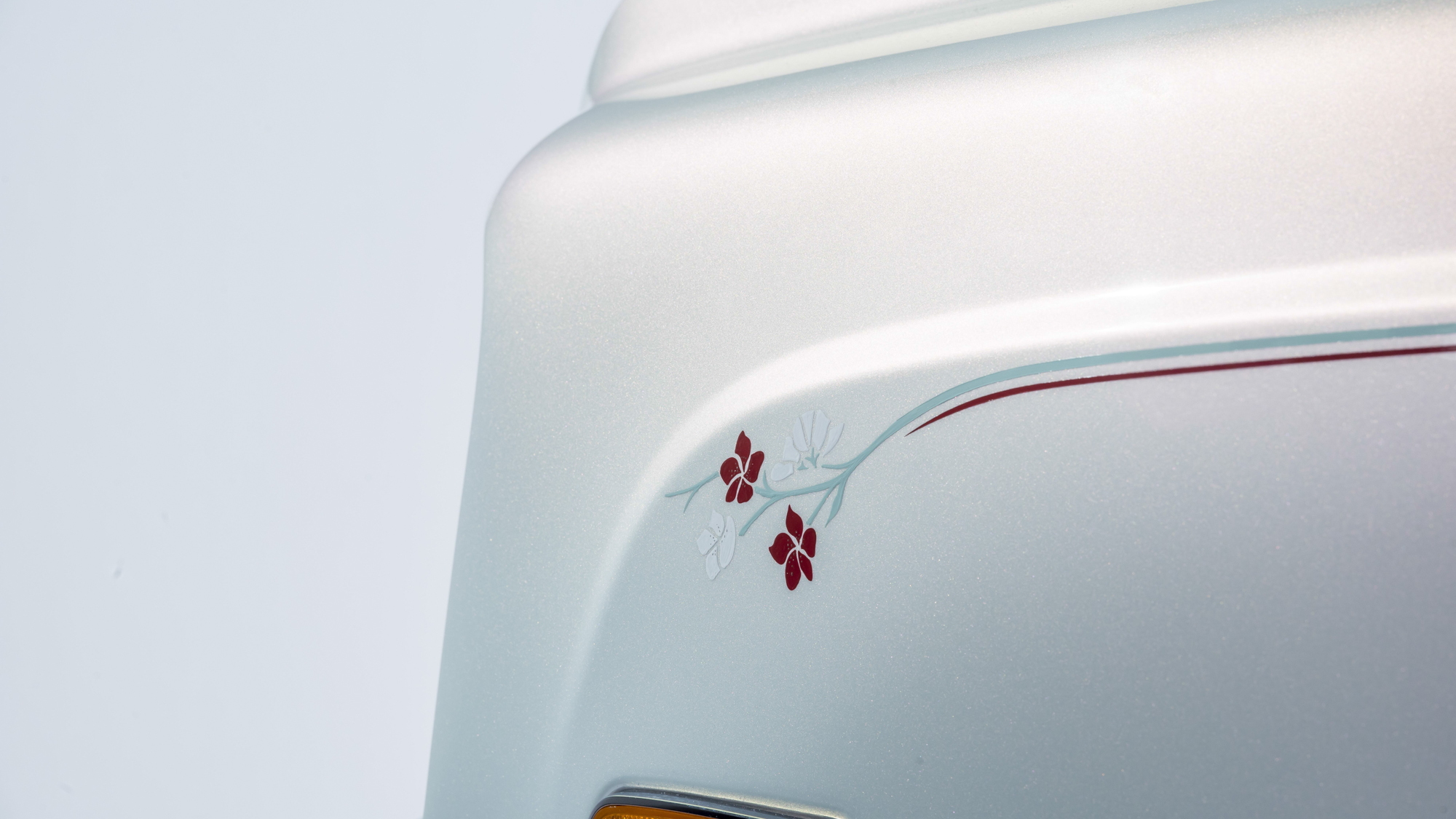 Rolls-Royce promised that it would be bringing some Serenity to the Geneva Motor Show. We should've known not to get too excited and think that Rolls bankrolled a new season of Firefly. What we have instead is a rolling tribute to Japanese Emperors and Empresses, and truly opulent old-world luxury. We're dealing with silk, wood, and an extremely high-level of craftsmanship.

Using a Rolls-Royce Phantom as the donor car, the automaker's bespoke design team set out to produce a magnificent ode to the past. Inside, the car is fitted with gorgeous silk that's meant to evoke classic handmade dresses crafted for the Japanese upper class. The smoked Cherrywood was placed in a way to conjure up images of modern furniture and it's blended with usage of Bamboo as well. There's a blossom pattern on the roof and on various parts of the silk portion of the car that further extends the idea of a serene interior space.

On the outside, Rolls-Royce have opted for a Mother of Pearl paint scheme. On its face that doesn't sound like anything too extreme for a brand such as this. Dig deeper however, and you'll find that this is the most expensive one-off paint scheme ever dreamed up by the British brand. The pearl effect is applied over the course of three stages. Once it's painted and dry, the car is hand polished for twelve hours. We hope that's not twelve hours straight or someones back and wrists will be pretty much wrecked... this is a Rolls-Royce though, so you can probably specify if you want to give the builders work breaks or not.

As a means to show off what its Bespoke design team can do, this is a wonderful creation. Were we to order a Phantom of our own would we opt for something like this? No, just give us a blacked-out version, ditch the need for a chauffeur, and maybe some bespoke designed straight pipes.

What's the opposite of Serenity? We want that.