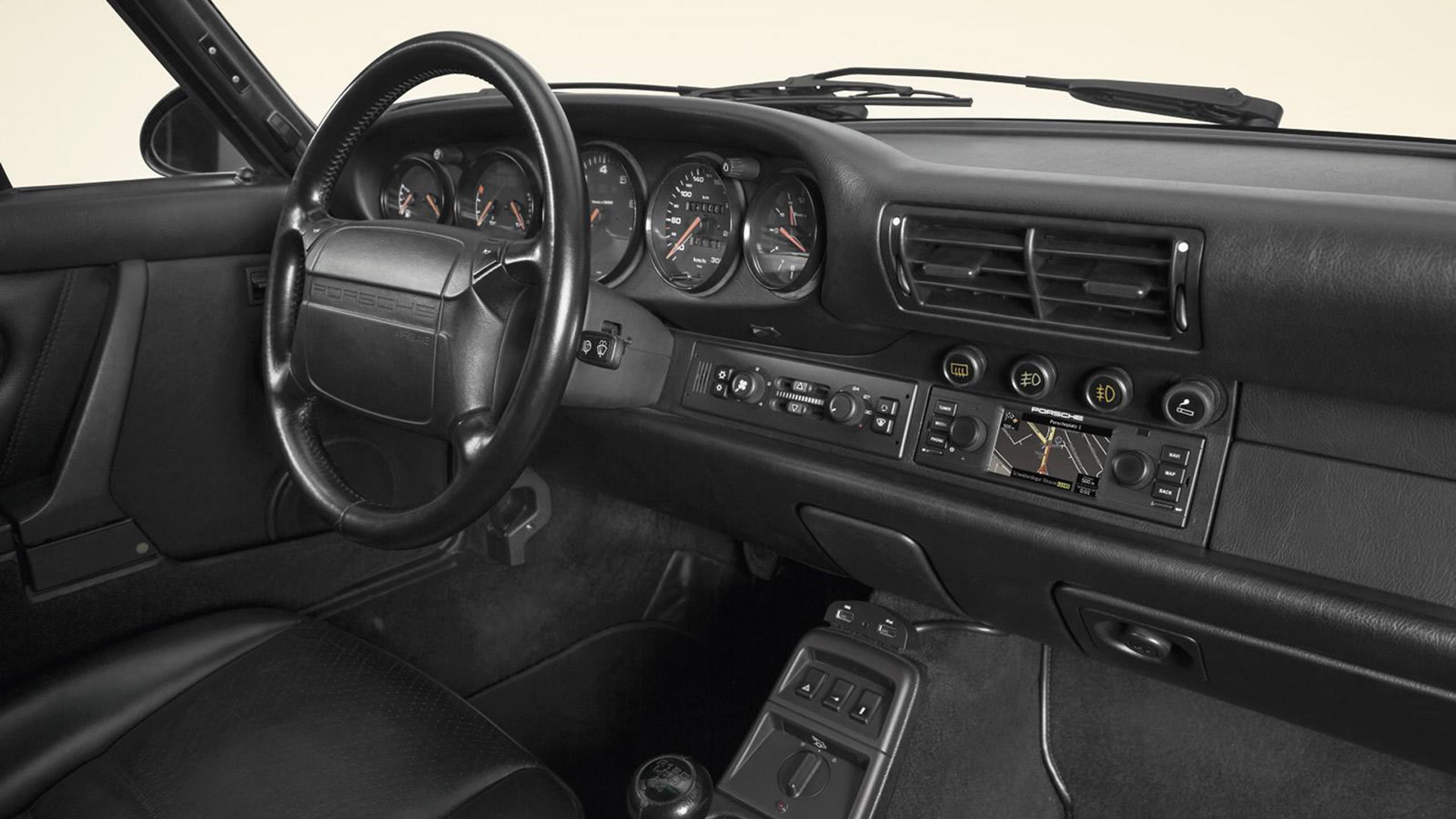 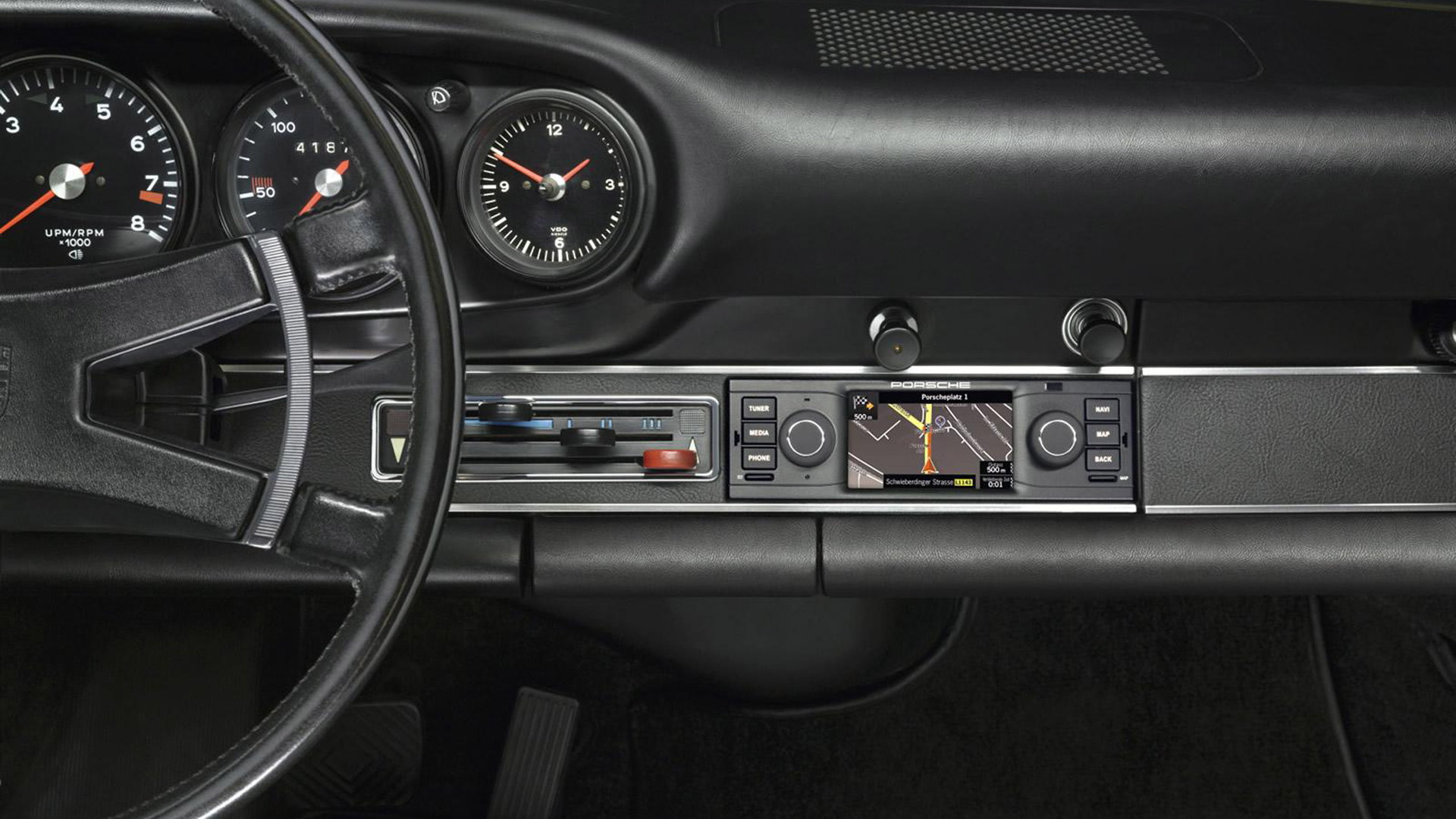 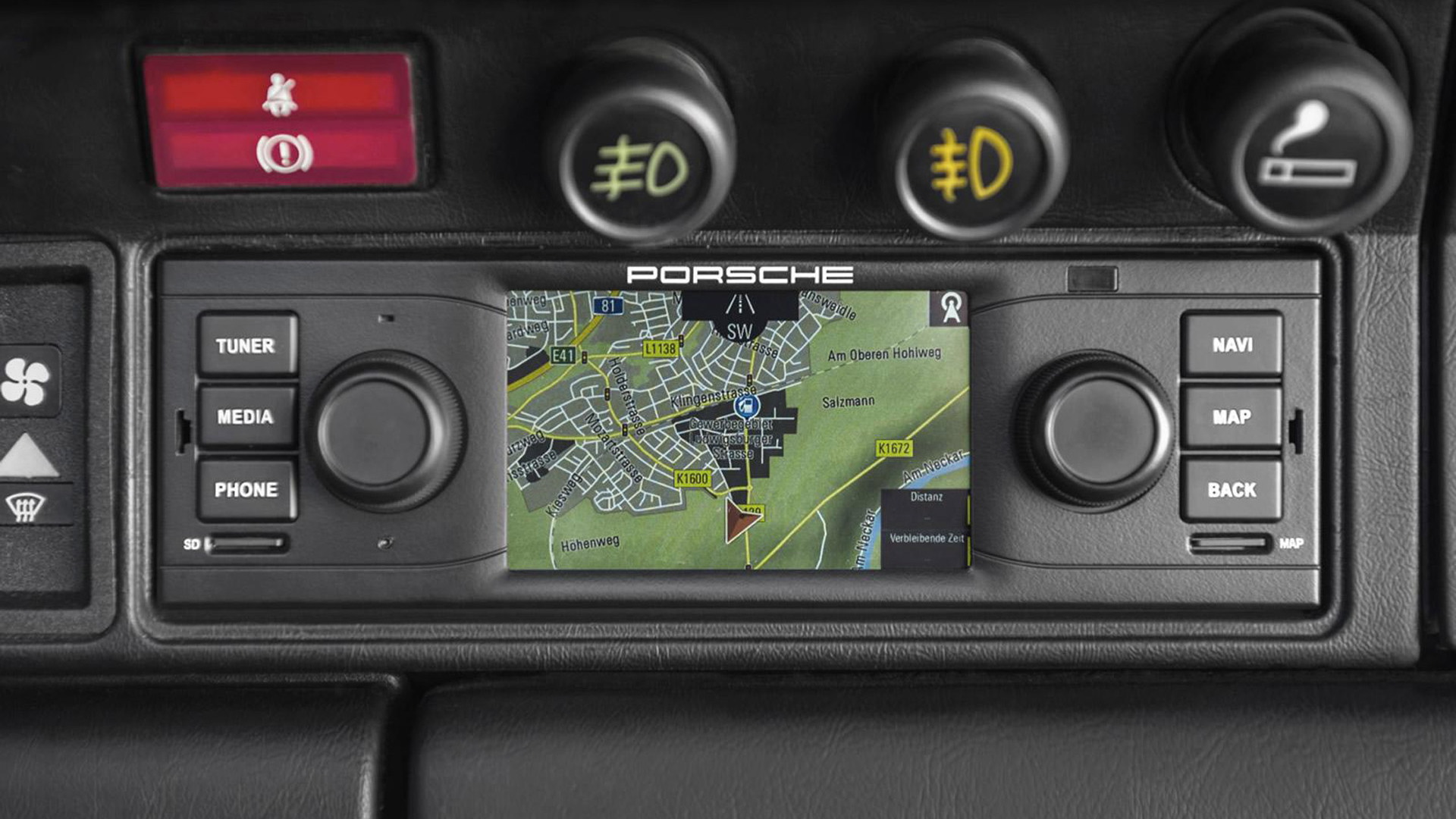 We often take all of the technological gizmos fitted to modern cars for granted. It only becomes apparent when you hop behind the wheel of a classic that you realize life wasn’t always so convenient. Fortunately for owners of older Porsche 911 models, the men and women at the Porsche Classic department have come up with a retrofit GPS and radio unit that fits perfectly into the DIN-1 slot found on the dash of some Porsche models dating back several decades.

Porsche says the unit is suitable for 911 models dating from the original of the 1960s right up to the Type-993 model of the 1990s, the last of the air-cooled cars. And it doesn’t even look out of place thanks to its authentic black finish, Porsche lettering and classic-style knobs. There are also six physical buttons and a 3.5-inch touchscreen display.

The buttons control a number of features in addition to the basic GPS and radio functions. An external music player or smartphone can be connected to the unit and there is also a pair of microphones for the handsfree communication. An integrated amplifier delivers 4x45 watts and can be connected either directly to the loudspeakers or to the original sound system using an optional adapter cable.

At the moment the GPS has only been tested in Europe but we hope a version for the U.S. will arrive soon. The maps are stored on a microSD card and are updated regularly, and drivers have a choice of arrows and two-dimensional or three-dimensional maps to display the route.

The unit is already available for sale now in Europe and starts at 1,184 euros (approximately $1,341).