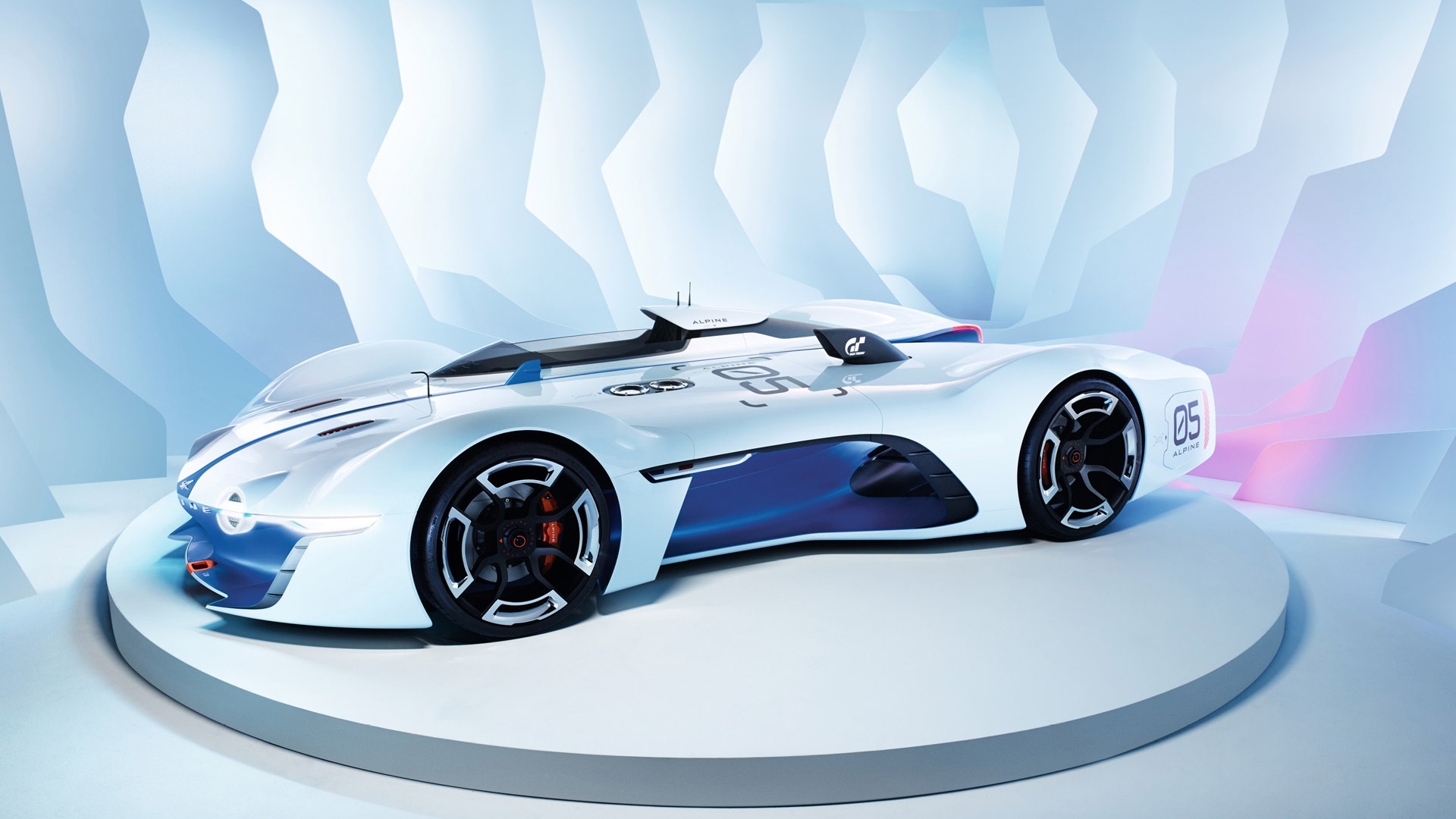 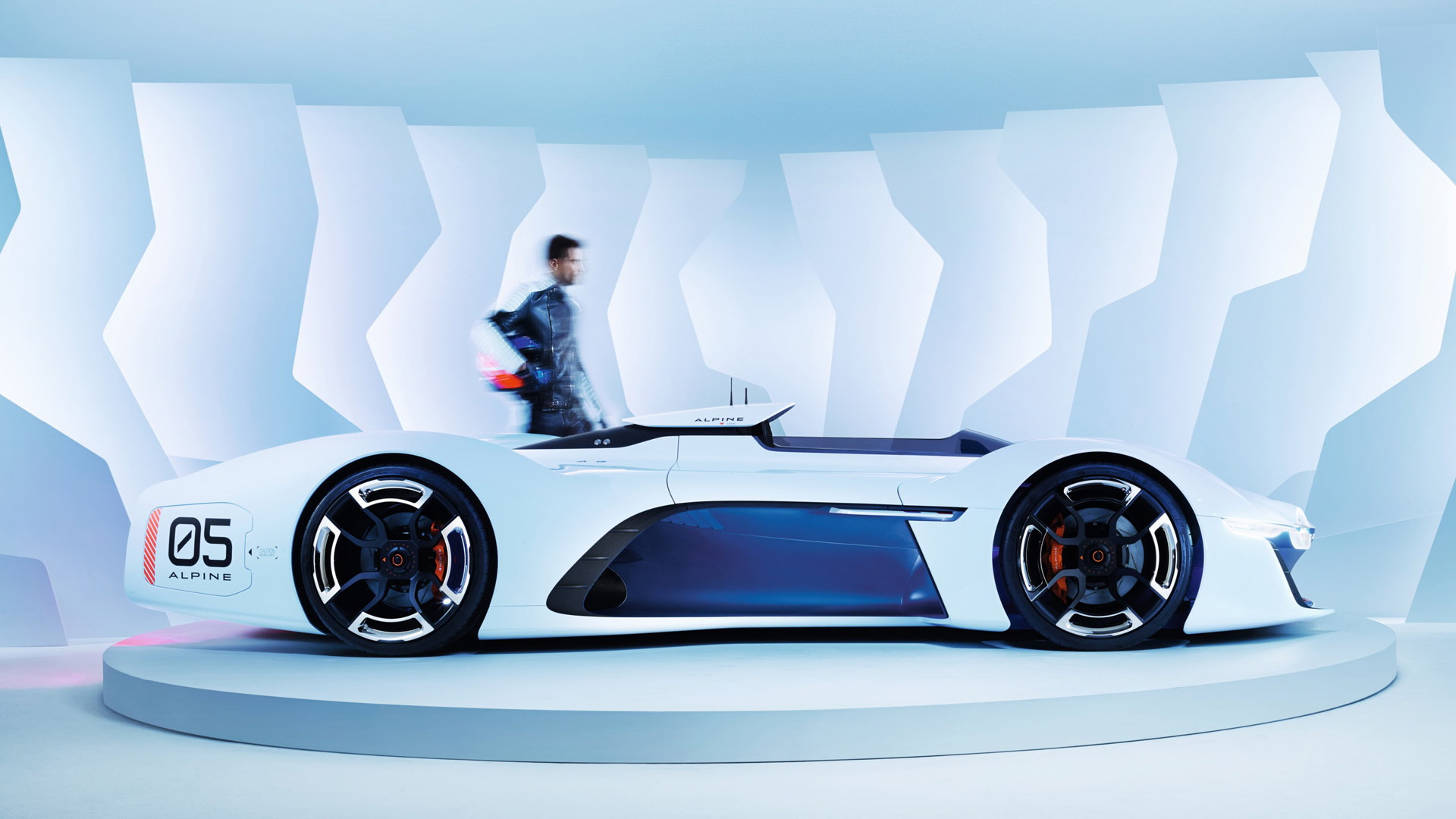 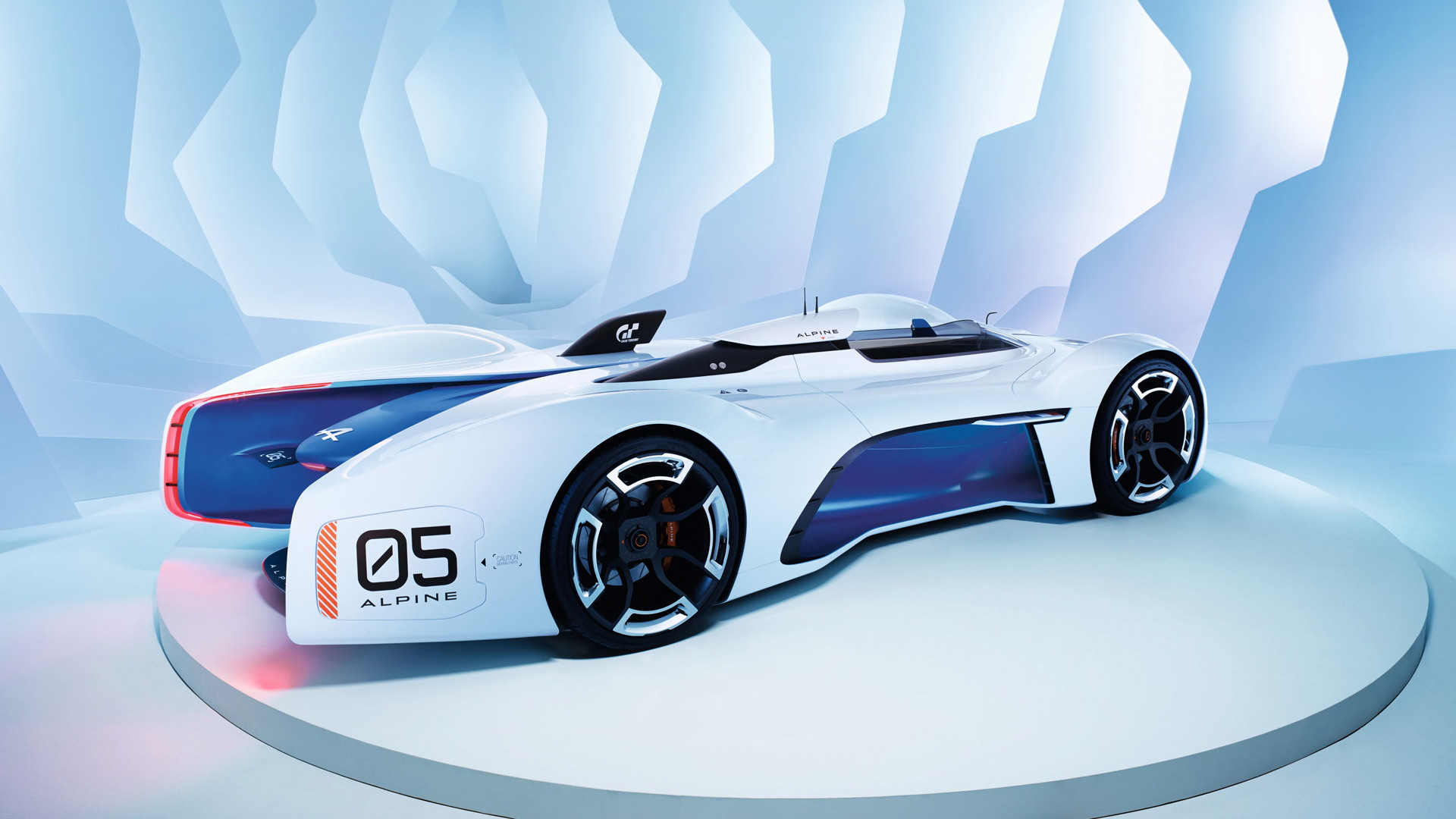 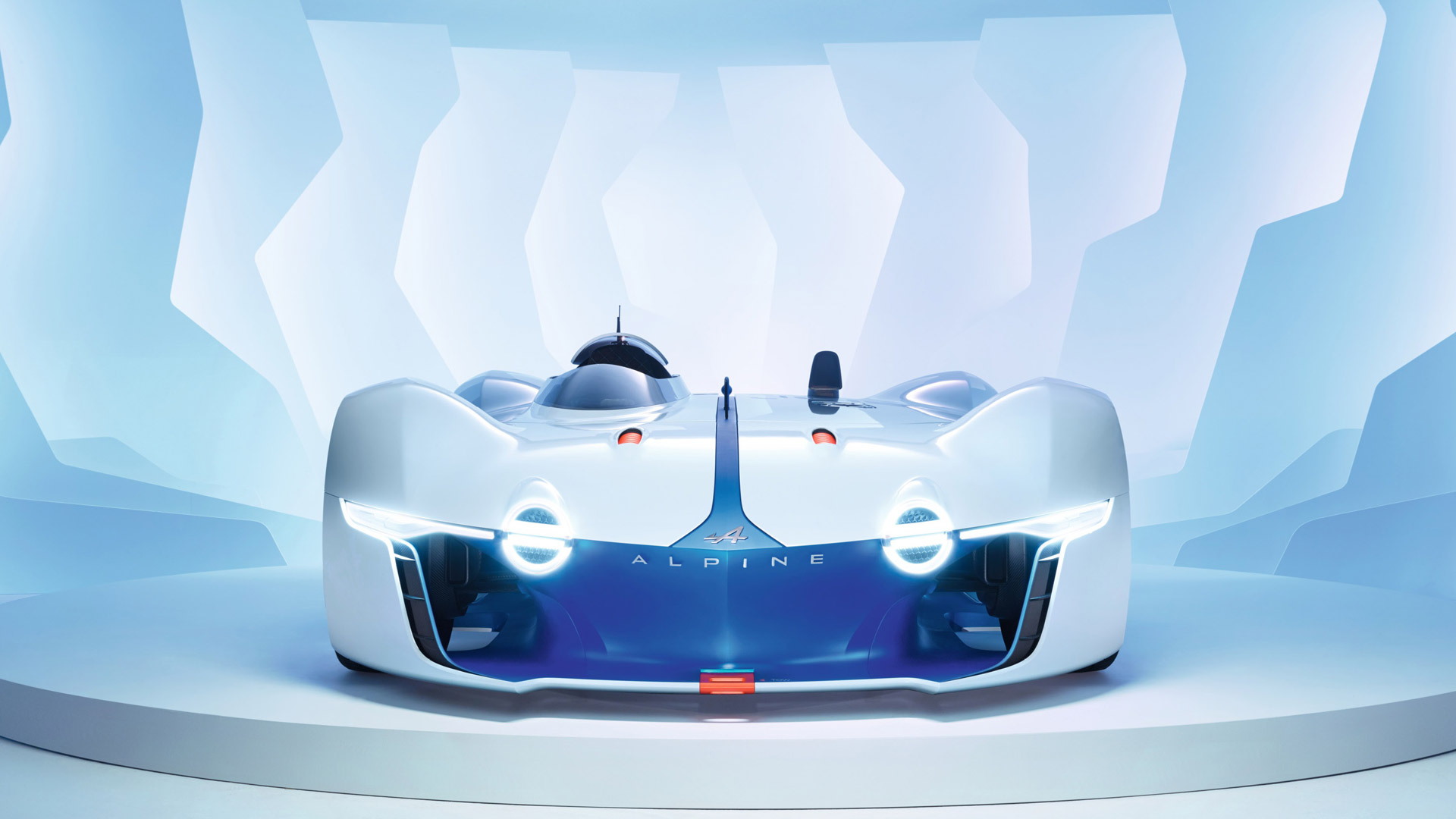 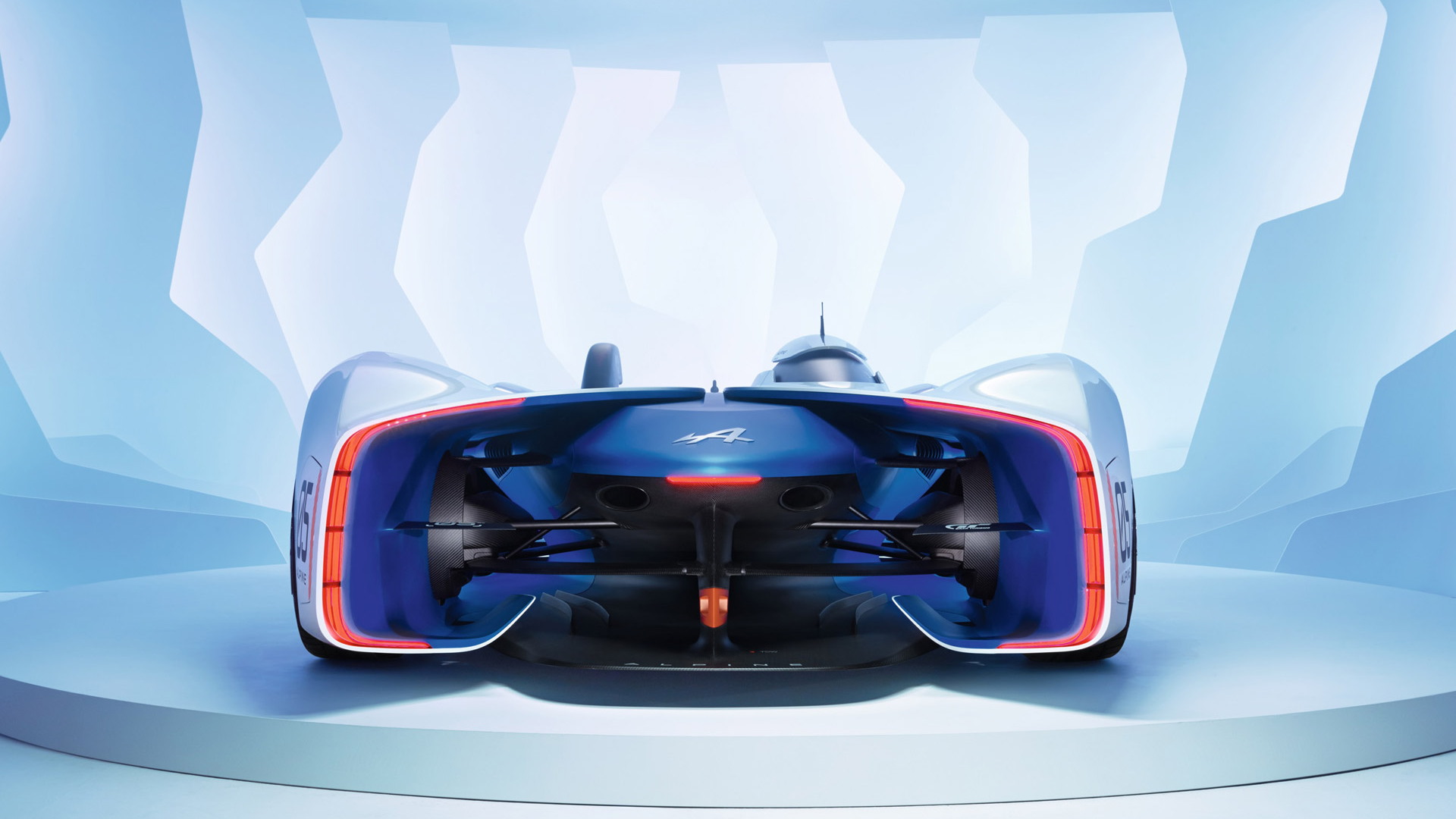 By this point, you may be getting a little tired of all the new Vision Gran Turismo concepts being churned out in celebration of the 15th anniversary of the Gran Turismo video game series, but the latest from Renault is certainly a sight to behold. The car is technically an Alpine, Renault’s recently revived performance brand, and though it isn’t destined for production it may provide some clues for the long-awaited Alpine sports car due in 2016.

It’s called the Alpine Vision Gran Turismo, and it’s described as an Alpine of the 21st century. It features the classic ‘speedster’ bodystyle popular in the ‘50s and ‘60s, but with a very modern design that’s brimming with technology and performance.

MUST WATCH: Mercedes-Benz May Have The Best Ad Of Super Bowl XLIX: Video

The car is built around a carbon fiber monocoque chassis, with double wishbone suspension with adjustable dampers and racing-style pushrods at both ends. The engine, a 4.5-liter V-8 like the Nissan-sourced unit fitted to the Alpine A450 LMP2 race car that competed in the European Le Mans Series, is mid-mounted and tuned to deliver 450 horsepower and 427 pound-feet of torque.

Drive goes to the rear wheels via a seven-speed sequential gearbox, and Alpine predicts the car will hit a top speed of almost 200 mph. The weight of the Alpine Vision Gran Turismo is just under 2,000 pounds. One of the aims of the design was to create a car that was agile, responsive and fun—traits common to classic Alpine sports cars.