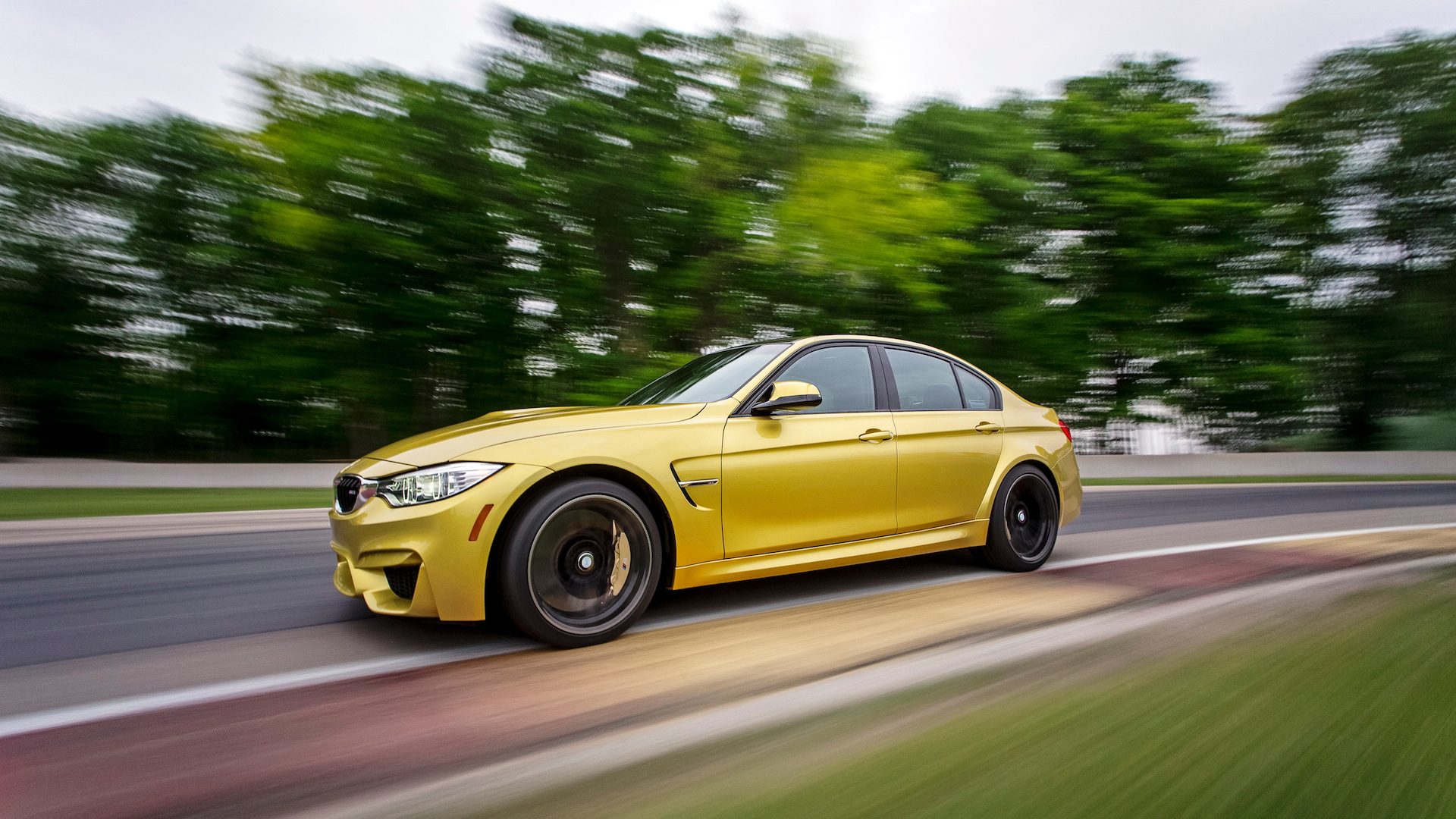 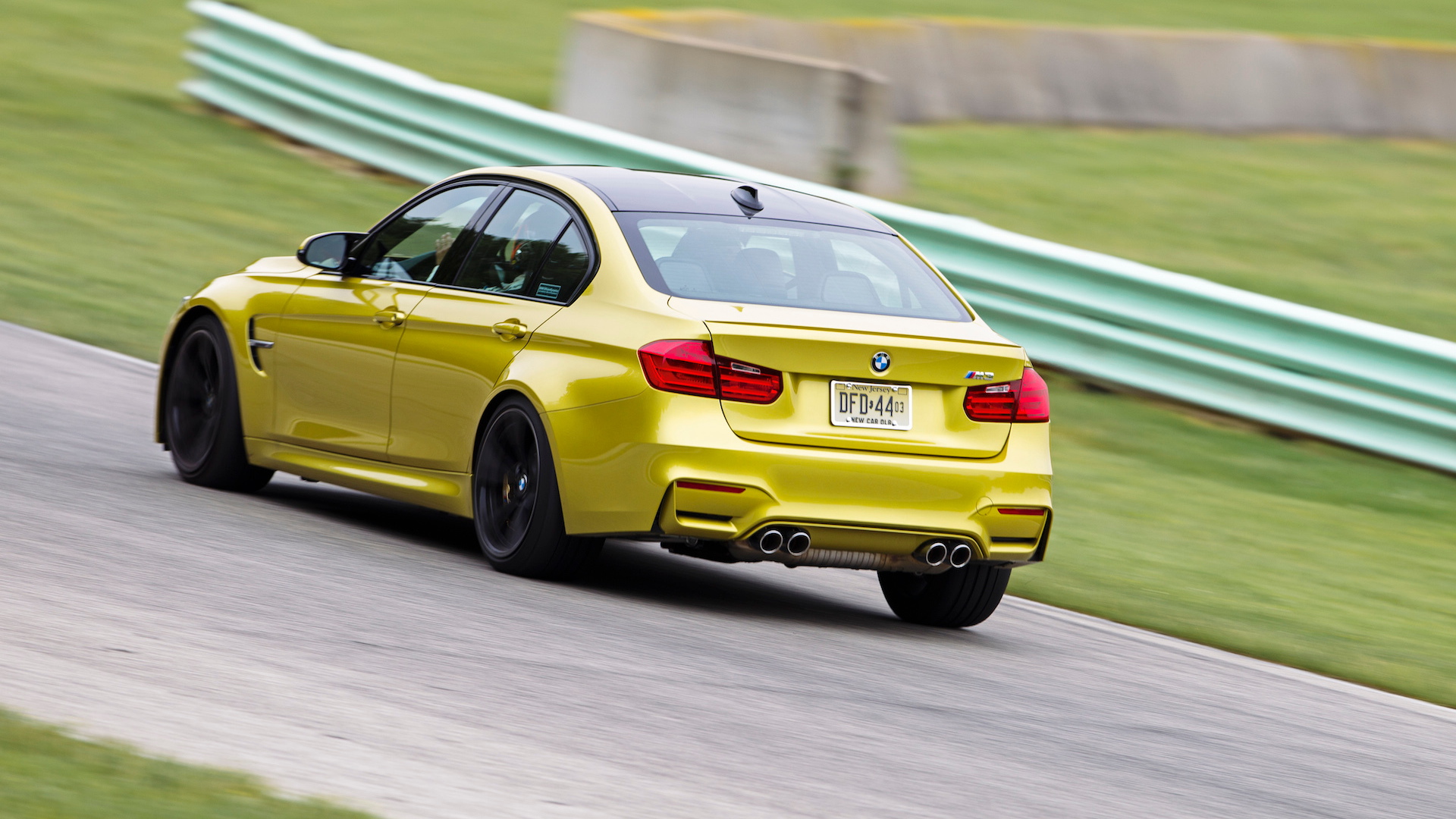 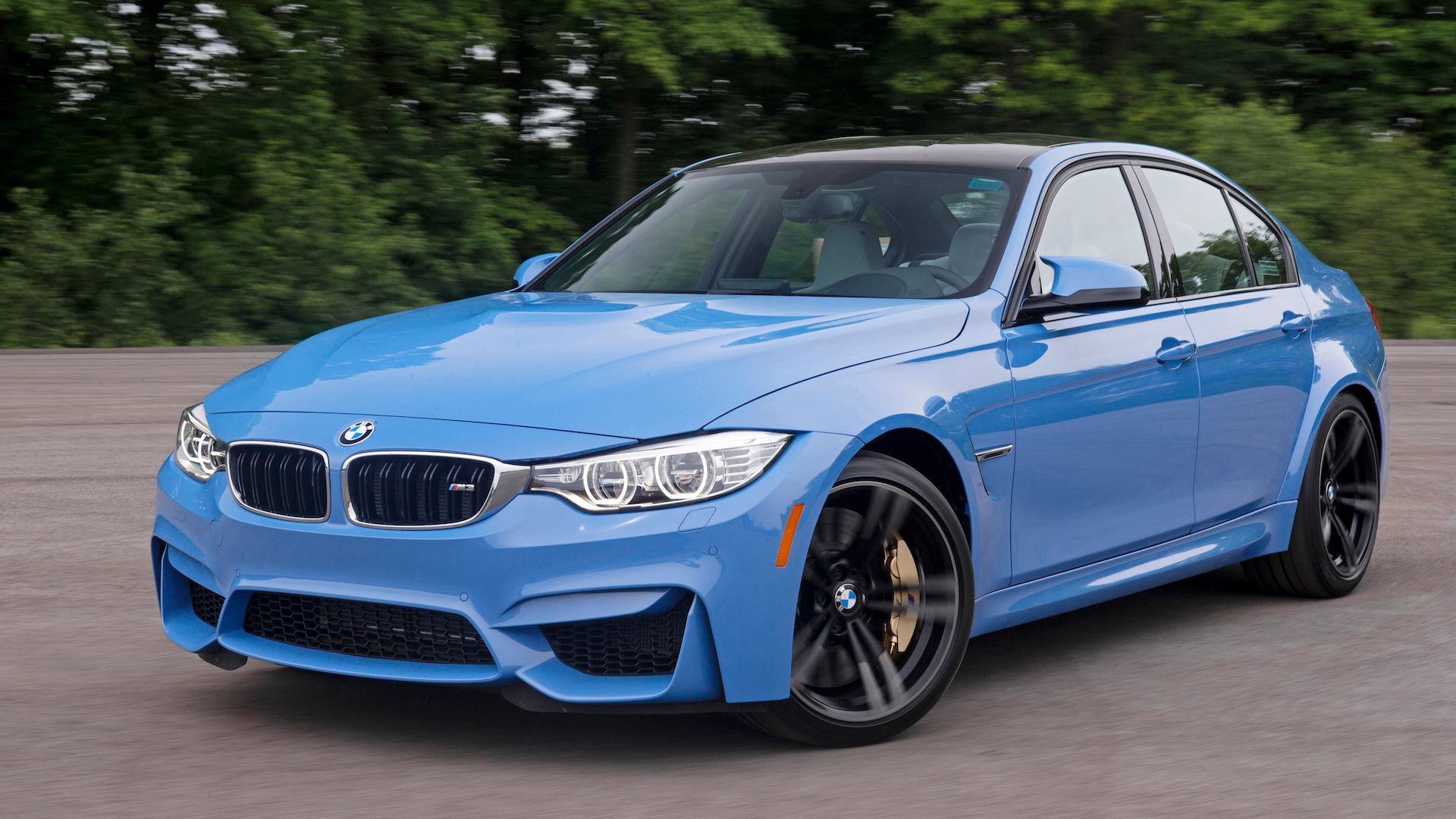 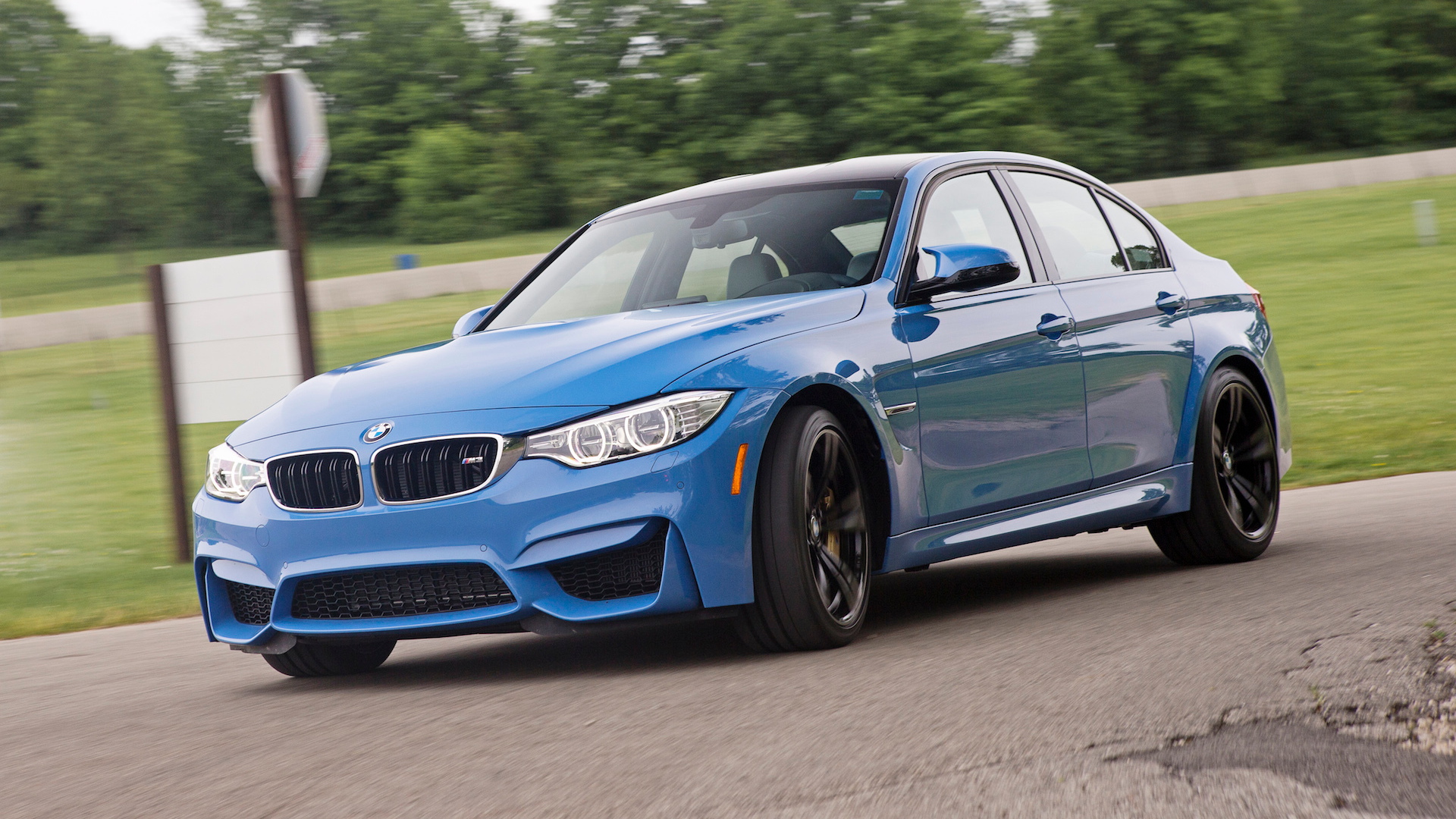 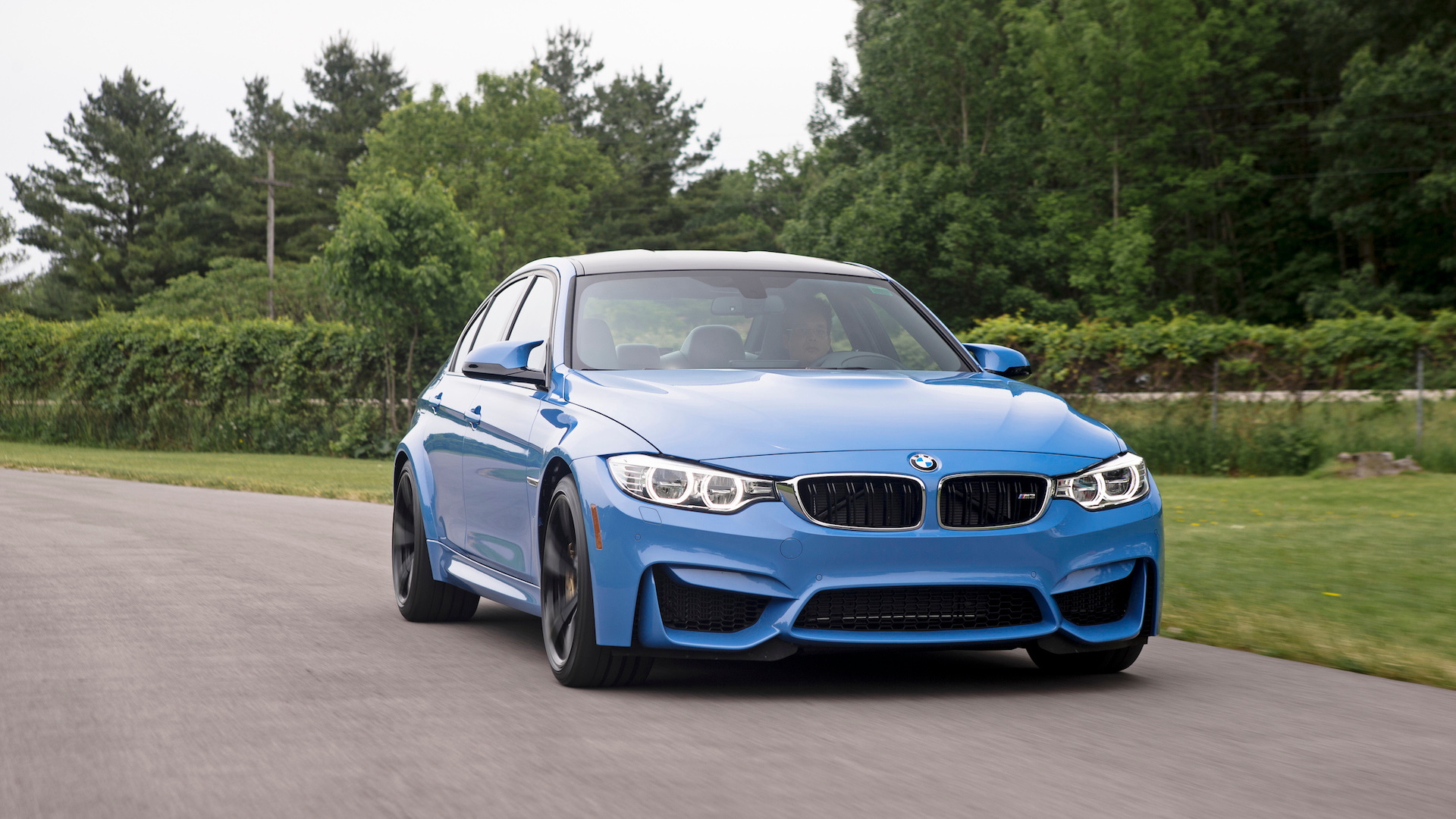 29
photos
Very few cars have the following or the legacy—both on the street and the track—of BMW’s M3. The latest generation of the M3 mixes up the formula quite a bit, in ways going back toward tradition, in other ways moving into the future. In nearly every way, the 2015 BMW M3 (and its coupe variant, now called the M4) is very, very good.

So good, in fact, that it was an early front-runner for Motor Authority’s Best Car To Buy 2015 award as soon as we had the opportunity for our first drive of the dynamic duo.

With a 425-horsepower twin-turbocharged 3.0-liter in-line six-cylinder good for 406 pound-feet of torque from just off idle, the new M3 and M4 pack serious punch at any speed, any rpm. While Marty Padgett noted in Motor Authority’s first drive review that the engine lacks the beautiful sound of M3s past, it does have its charms.

“Making up in crazy speed what it lacks in charisma, the M3 and M4's six pounds out 3.9-second 0-60 mph acceleration times like it's dealing poker. That's when paired with the M-DCT dual-clutch transmission. If you opt for the six-speed manual, that figure rises to 4.1 seconds--it's the price you pay for rowing your own gears, though you won't have to worry about rev-matching even if you pick the three-pedal 'box, as BMW has included automatic throttle-blipping that's shut off when the M's put in Sport+ mode. In either body style, top speed is capped at 155 mph, a number Road America brings within tantalizing reach.”

But the M3 and M4 have never been about raw power. Instead, it’s the balance between sufficient power and a brilliantly tuned chassis (wrapped in a stylish shell, and stuffed with a fair degree of luxury) that bakes this cake.

“On such a huge track with relatively few harrowing corners, the M's still wickedly responsive even in its most relaxed mode. It acts so quickly and so narrowly, you can point the car through apexes even in this least ambitious mode. You enjoy the unwinding view, while it worries its way around corners, working algorithmically about 5000 times harder.”

At the same time, we noticed a few weaknesses in the M3 / M4 game. “Switch venues to the ersatz real world--Malibu's heat-battered canyons runs, the only thing hardscrabble about the entire community--and the M goes a touch more soft-focus. That might be flattering to the celebs dwelling cliffside, but not to a $63,000 sports machine with its legendary backstory.

“Out here, it's pronounced how much the M4 now feels like Ford's Mustang, or vice versa. That's less an indictment of what the M3 and M4 are today--they're measurably better than the last-gen cars--and more a testament to the clear direction Ford is headed with its pony car.”

All of that said, the M3 and M4 remain massively impressive grand tourers, remarkable do-it-all daily drivers (especially so in the case of the M3 sedan), and icons of the enthusiast motoring world that not only deserve the mantle they bear, but do it honor by moving the bar higher.

Will the BMW M3 and M4 reign supreme as Motor Authority’s Best Car To Buy 2015? Keep following as we detail each nominee en route to the November 10th announcement of the winner. You can find a list of all 15 nominees here, and vote for your favorite in the poll below.