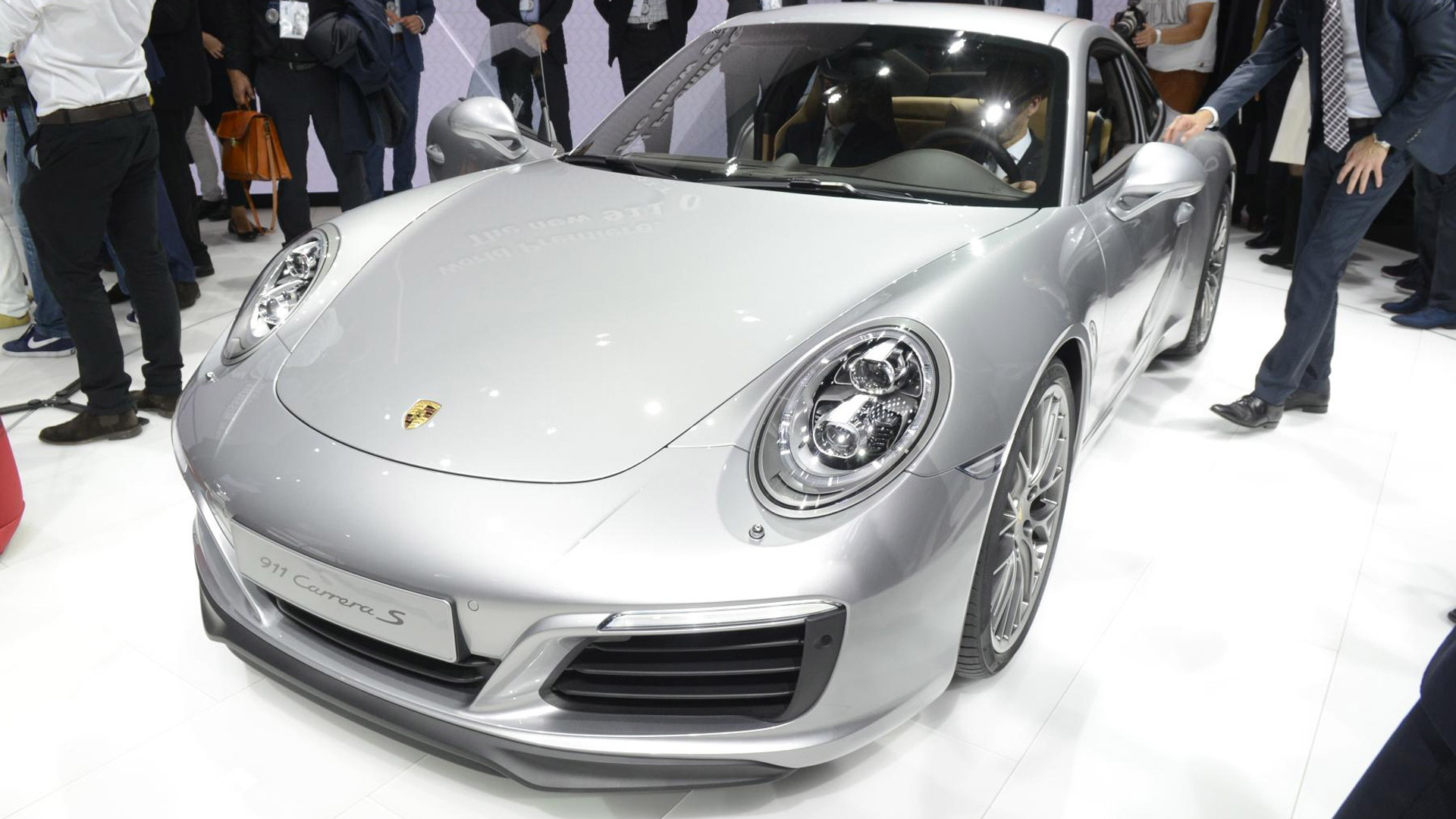 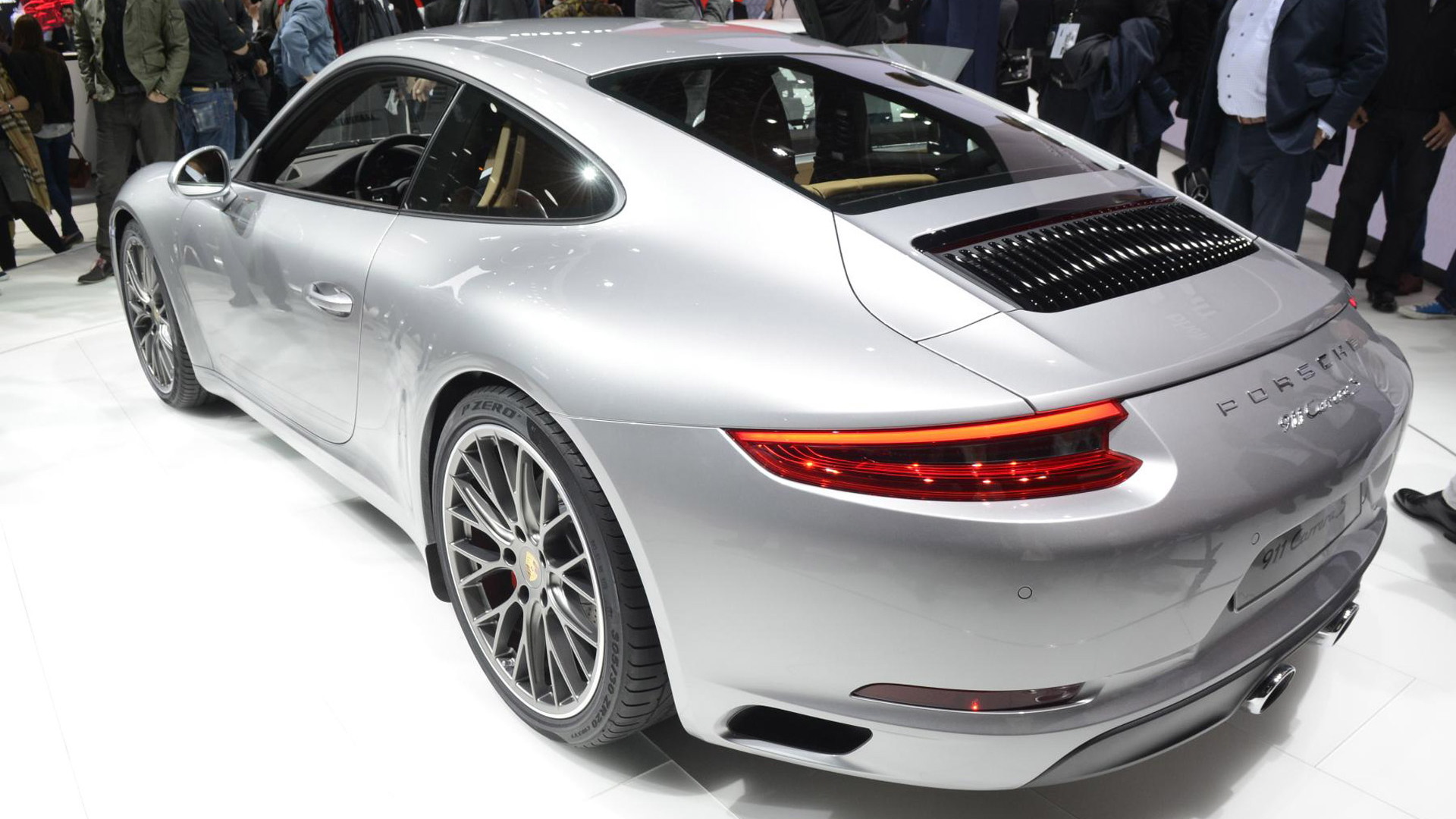 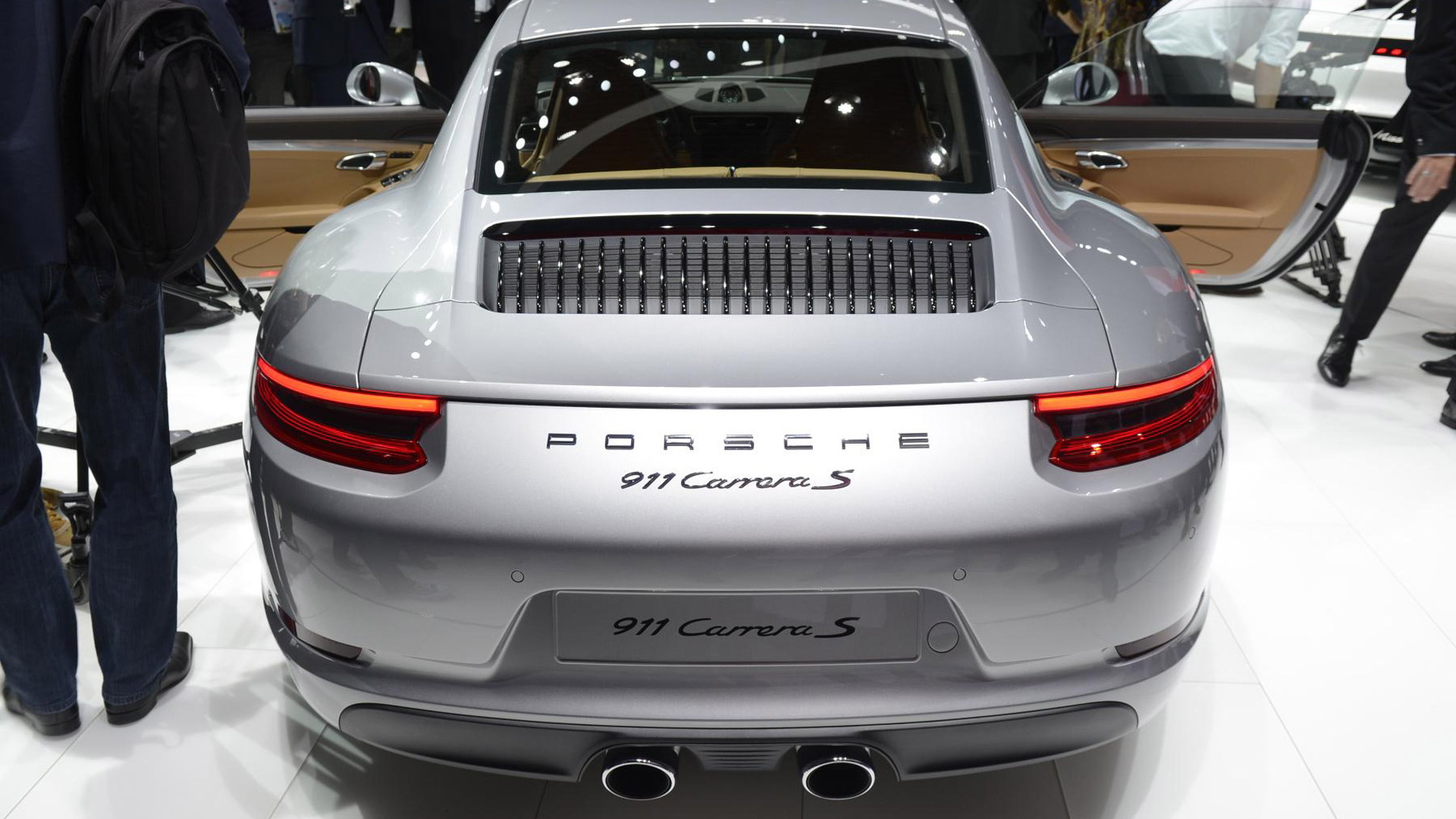 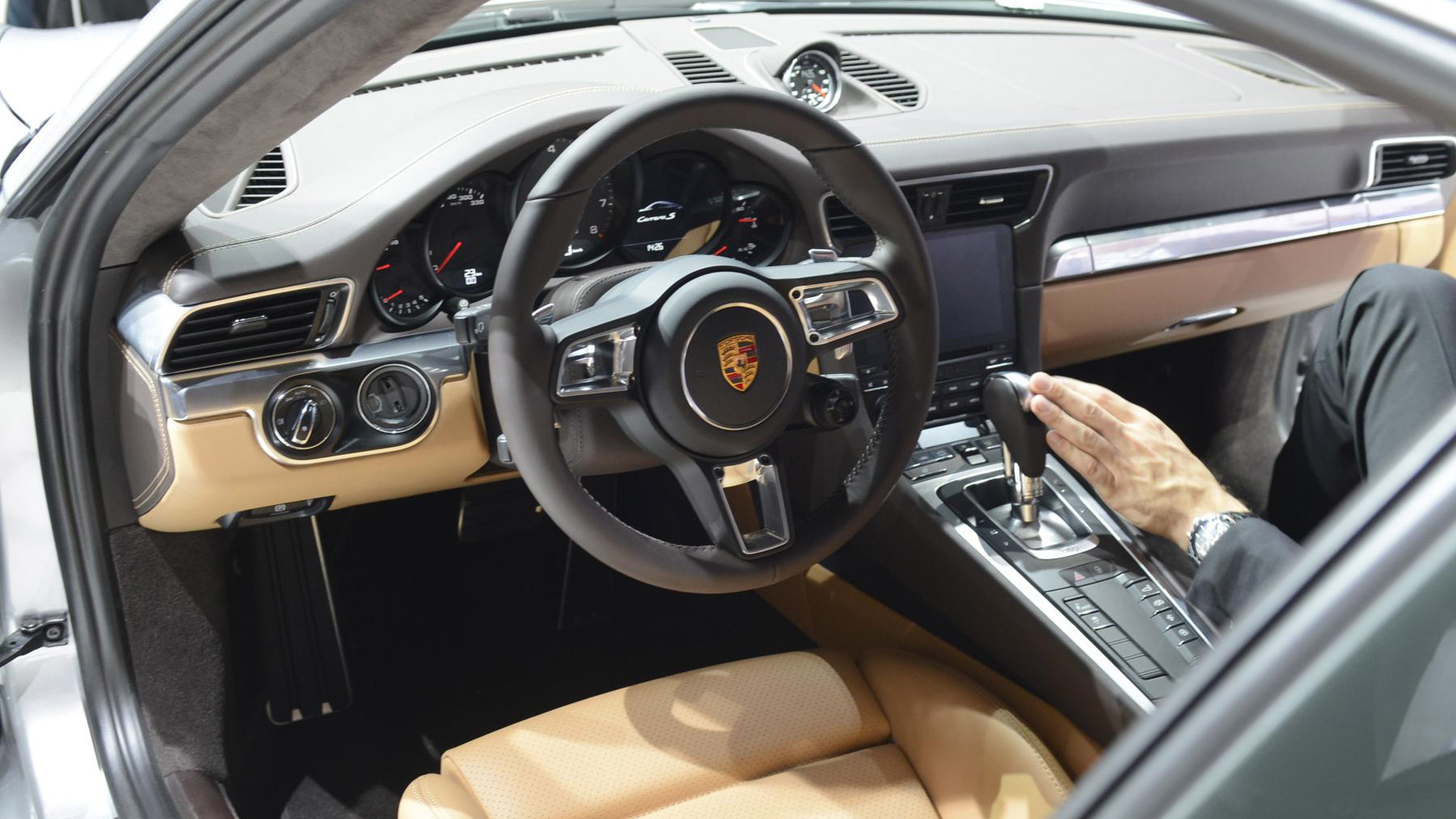 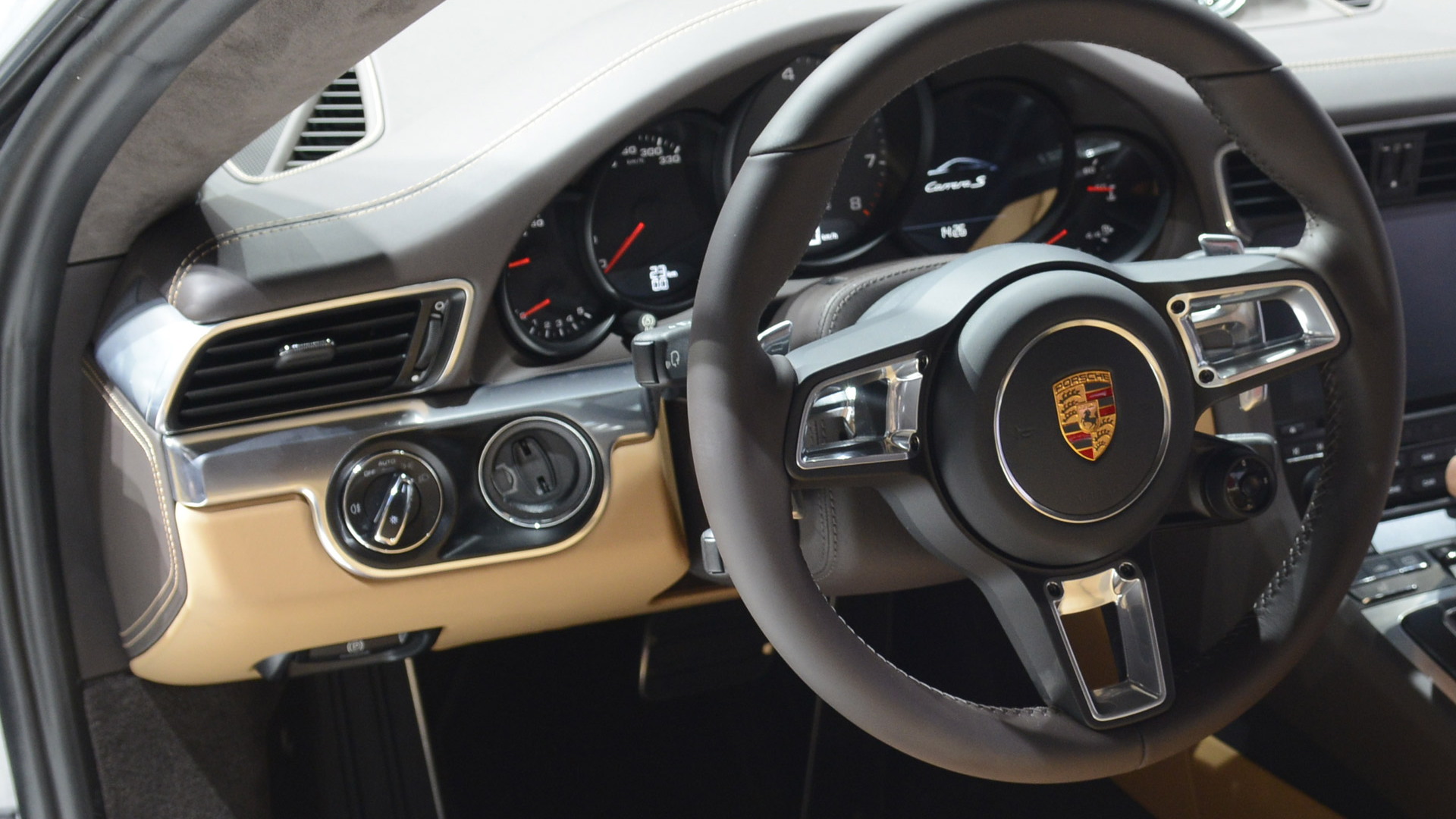 The 2015 Frankfurt Auto Show is in full swing, and it is where Porsche is showing its updated 911 Carrera models for the first time. Porsche die-hards may recall that it was in Frankfurt four years ago that we first saw the 991-series introduced, and at this year's show the updated 991.2-series is on display.

Porsche has only announced updated versions of the entry-level Carrera and Carrera S models, and as predicted the cars have adopted turbocharged power. Porsche’s entire 911 range bar the track-focused GT-badged cars is moving towards downsized turbocharged engines. This will help reduce emissions while at the same time increase power—a concept referred to as Porsche Intelligent Performance by the automaker. It will also make the cars more attractive in countries where taxes are based on engine size.

The newly developed engine for the updated 911 Carrera models is a twin-turbocharged 3.0-liter flat-six that happily revs to 7,500 rpm. It develops 370 horsepower and 331 pound-feet torque in the Carrera and 420 hp and 368 lb-ft in the Carrera S. That’s up 20 hp for both models, and according to Porsche the efficiency has been increased by up to 12 percent. EPA ratings will be available at a later date. Differences between the two states of tune include model-specific exhausts, modified compressor wheels and unique ECU settings.

In addition to the new engine, there have also been some interesting chassis mods. The Sport Chrono Package now comes with a drive mode selector dial on the steering wheel. It allows the driver to select between Normal, Sport, Sport Plus, and Individual modes. And on models equipped with the PDK, there is also a Sport Response button, which Porsche says adjust the drivetrain for maximum acceleration.

The suspension has also been tuned for greater performance. The Porsche Active Suspension Management active damping system is now standard and lowers the ride height of the car by 10 millimeters. This is joined by new shock absorbers with improved response as well as rear wheels that are 0.5 of an inch wider and tires that offer reduced rolling resistance together with enhanced grip.

Optional features include a 40-millimeter front lift kit and a four-wheel-steering system borrowed from the 911 GT3 and Turbo models. The latter aids maneuverability at low speeds and increases accuracy and confidence at higher speeds. Altogether, the improvements are said to reduce the lap times on the Nürburgring to just 7:30 for the more potent Carrera S, making the car 10 seconds faster than the predecessor model.

On the outside, the front of the updated 911 is characterized by revised daytime running lights, a new shape for the front intakes, integrated door handle recesses, a redesigned rear deck lid with vertical louvers, and a new graphic in the tail-lights. There are also some new intakes at the side of the rear bumper to accommodate the turbocharged engine.

Inside, the steering wheel is new and now resembles the one fitted to the 918 Spyder. There is also a new Porsche Communication Management system that includes a 7.0-inch touchscreen display that can handle handwritten-style inputs, as well as extra connectivity options including Apple CarPlay for iPhone integration. The final feature worth mentioning is an enhanced navigation system with real-time traffic info and integration of Google Earth and Google Streetview.

The cars have been confirmed to start sales in the United States in March of next year, as 2017 models, with price rises of between $4,500 and $5,500 coming into effect. Assuming Porsche’s $995 destination charge remains unchanged, the pricing is as follows: