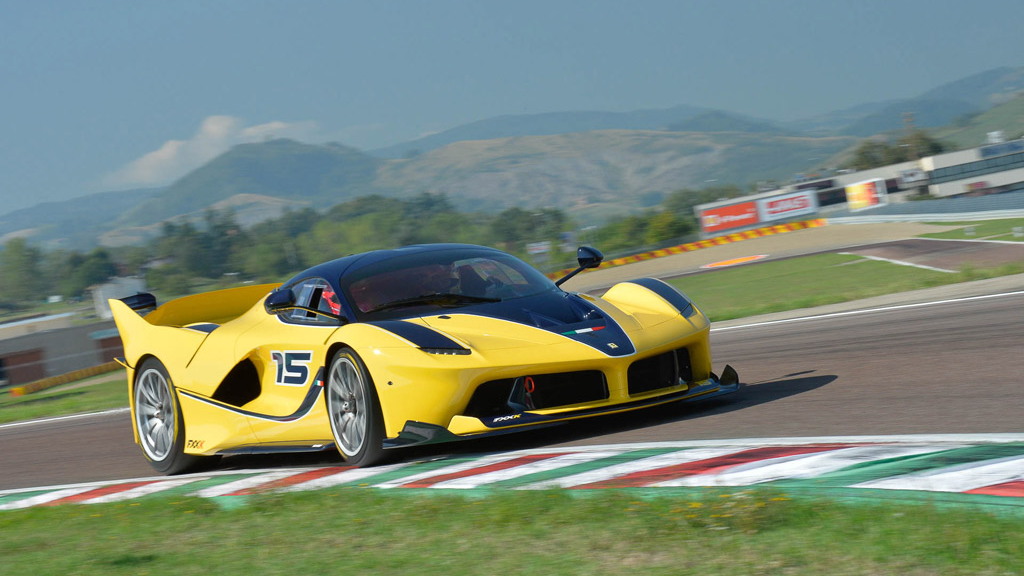 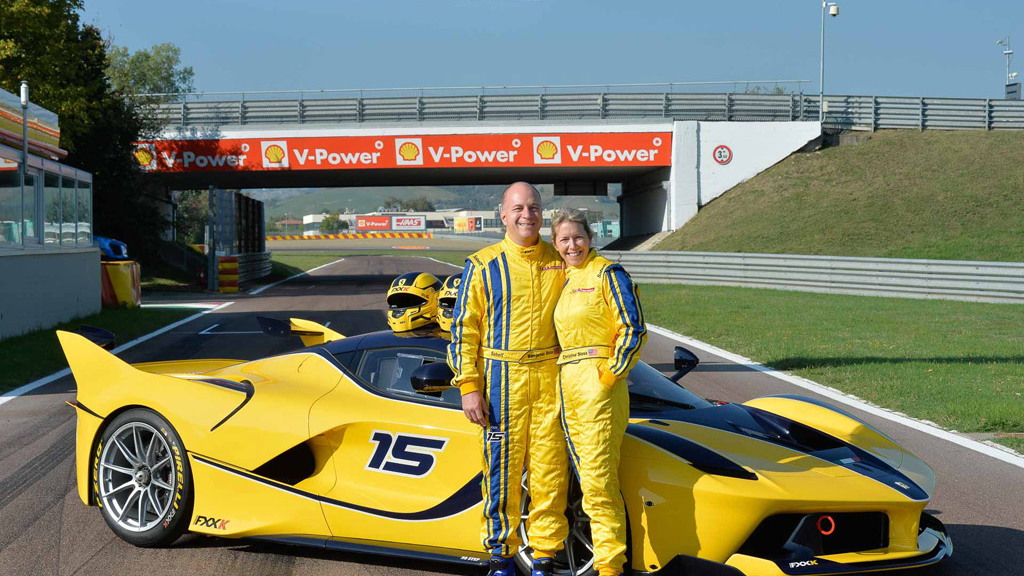 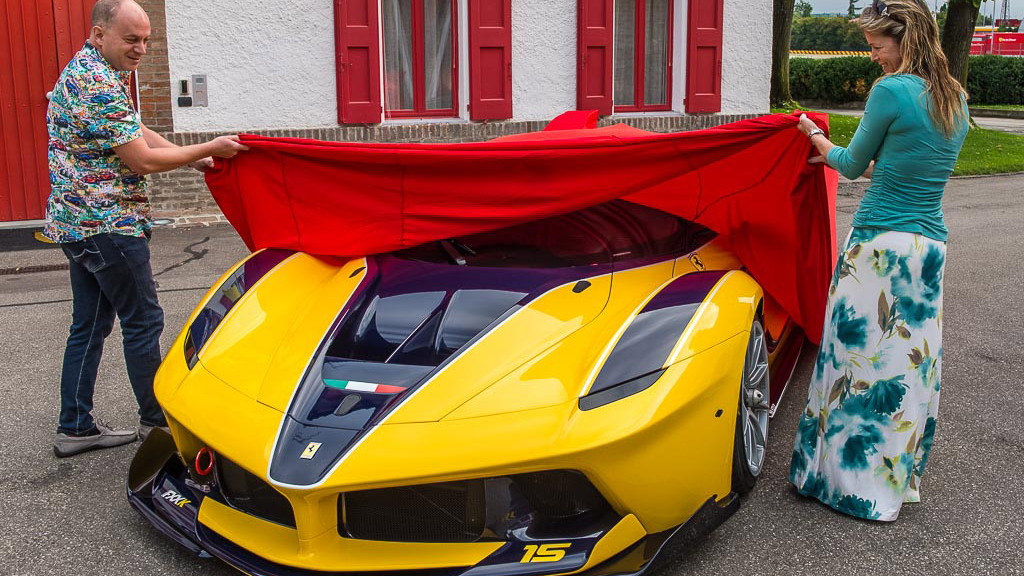 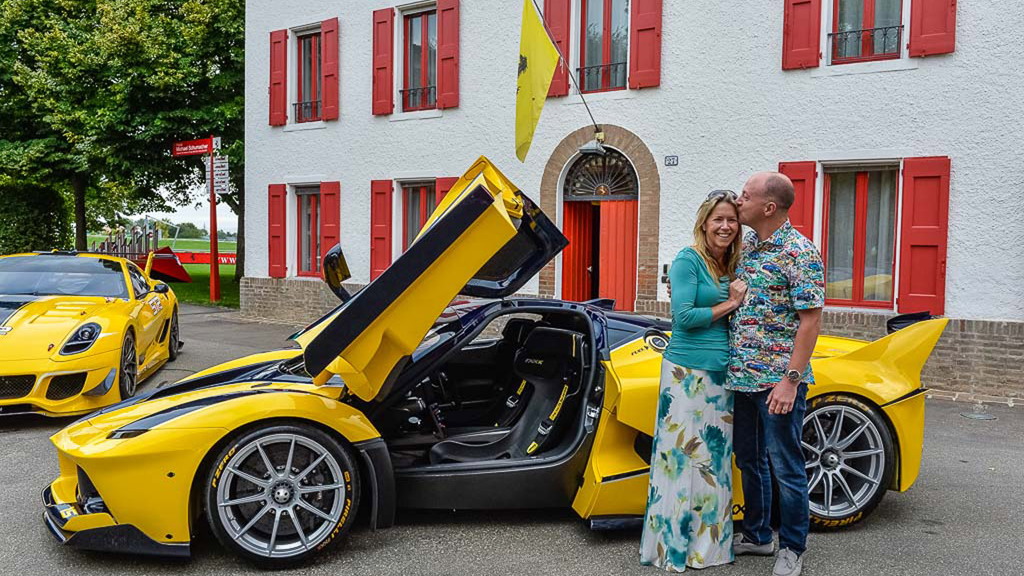 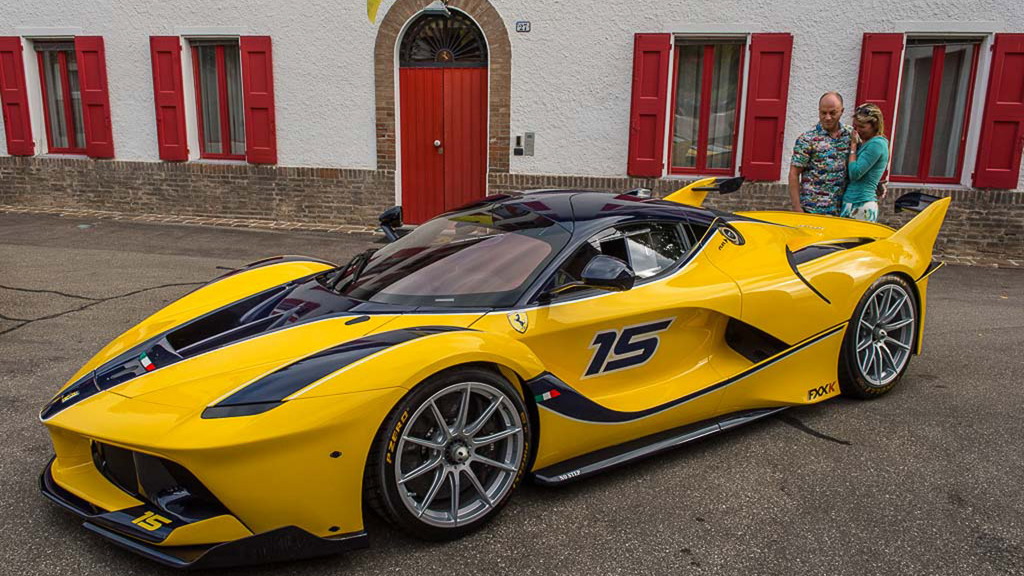 We first heard about Google executive Benjamin Sloss and his admiration for the Ferrari brand in 2012 when he paid close to $1.8 million for a Ferrari 599XX Evo in a charity auction. Then, a week ago, he was back proving his generosity once again, this time by presenting his wife Christine with a LaFerrari-based FXX K for her birthday. Well, now we have video of Christine taking her new 1,035-horsepower baby for a hot lap at Ferrari’s Fiorano test track.

The couple recently visited Ferrari's headquarters to take delivery of the car, but the day was a huge surprise for the birthday girl as she thought she was only flying to Maranello to drive the 599XX Evo. However, when she arrived she was greeted with this stunning FXX K, which features the same shade of yellow the couple orders all their Ferraris in.

And before you start thinking Benjamin was really treating himself with the purchase, note that Christine is an accomplished GT driver and takes part in a number of track events each year. In fact, after a few laps of Fiorano in the FXX K she was running 1:20 with a passenger on board. That comes close to matching the 1:19.70 that the LaFerrari set with official tester Raffaele De Simone at the wheel. You can see her in the video above from YouTube user Testarossa Power.

Of course, the FXX K is a much more extreme car than the LaFerrari on which it’s based. The track-only model, part of Ferrari’s XX rolling laboratory fleet, features a more potent hybrid drivetrain and has loads more downforce. It also benefits from slick tires and recalibration of the electronic systems such as the differential, traction control and SSC Side Slip Angle Control feature. The FXX K is sold out, but for those lucky few invited to purchase one it came with a price tag of 2.5 million euros (approximately $2.8 million).