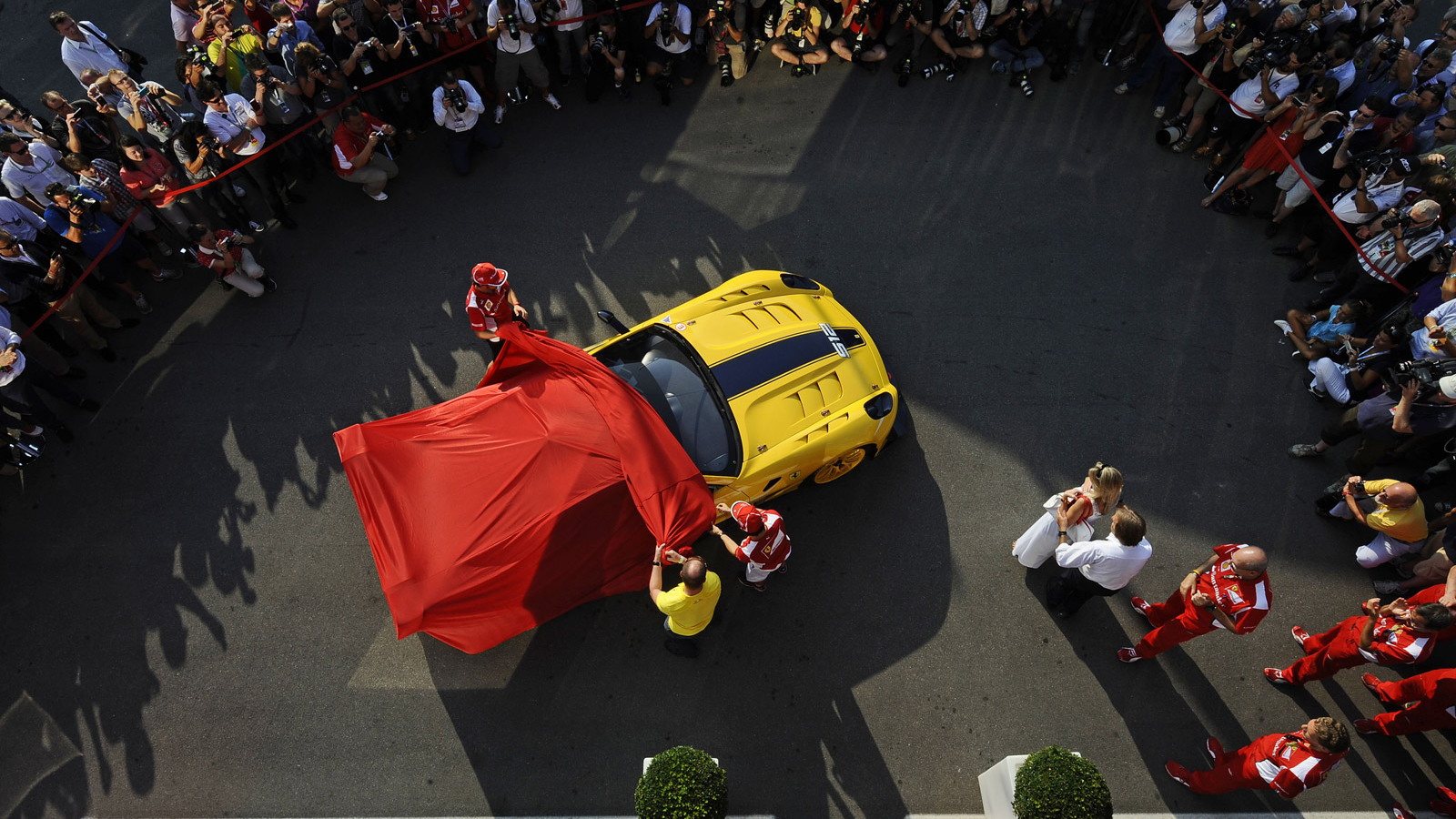 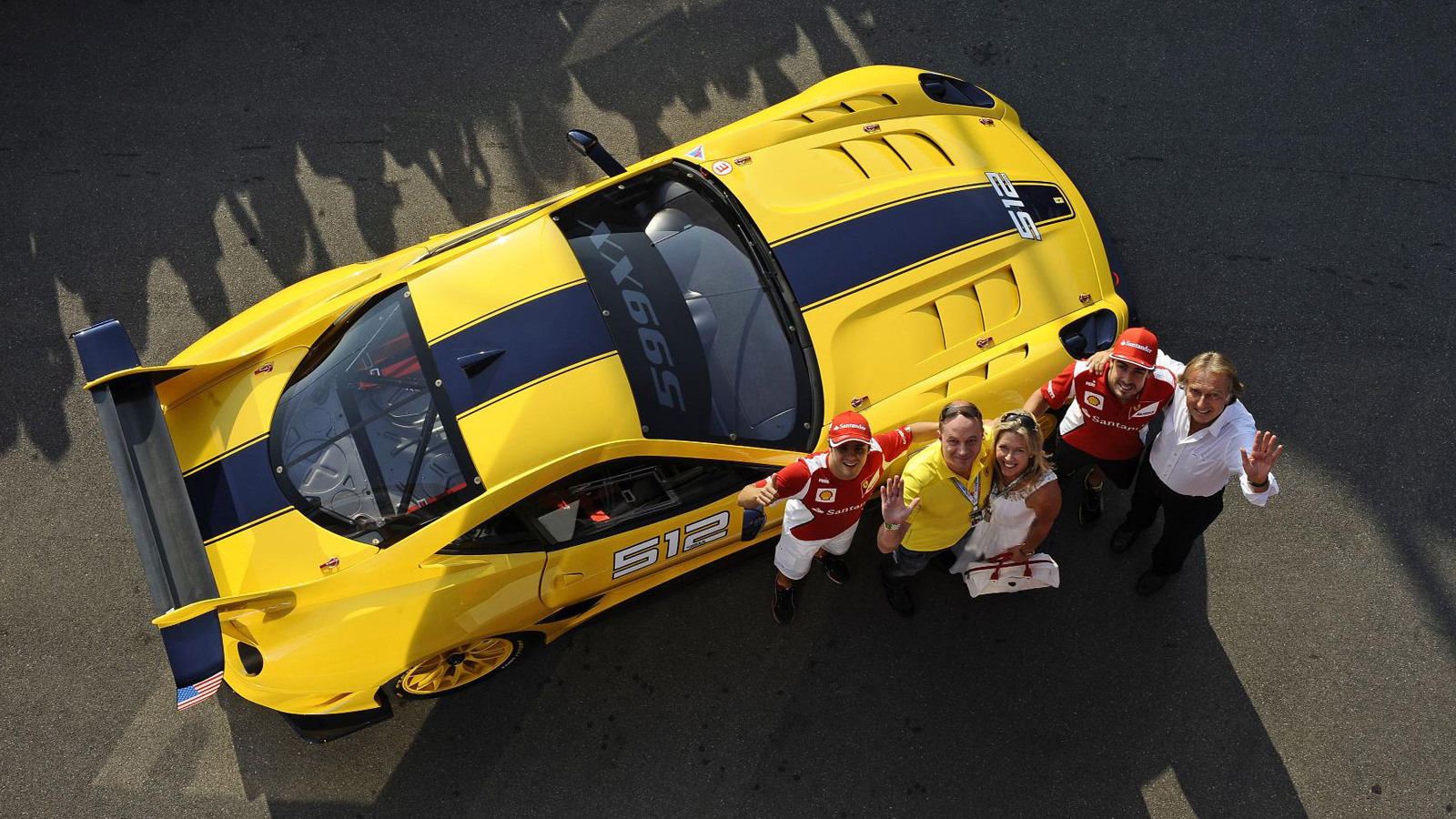 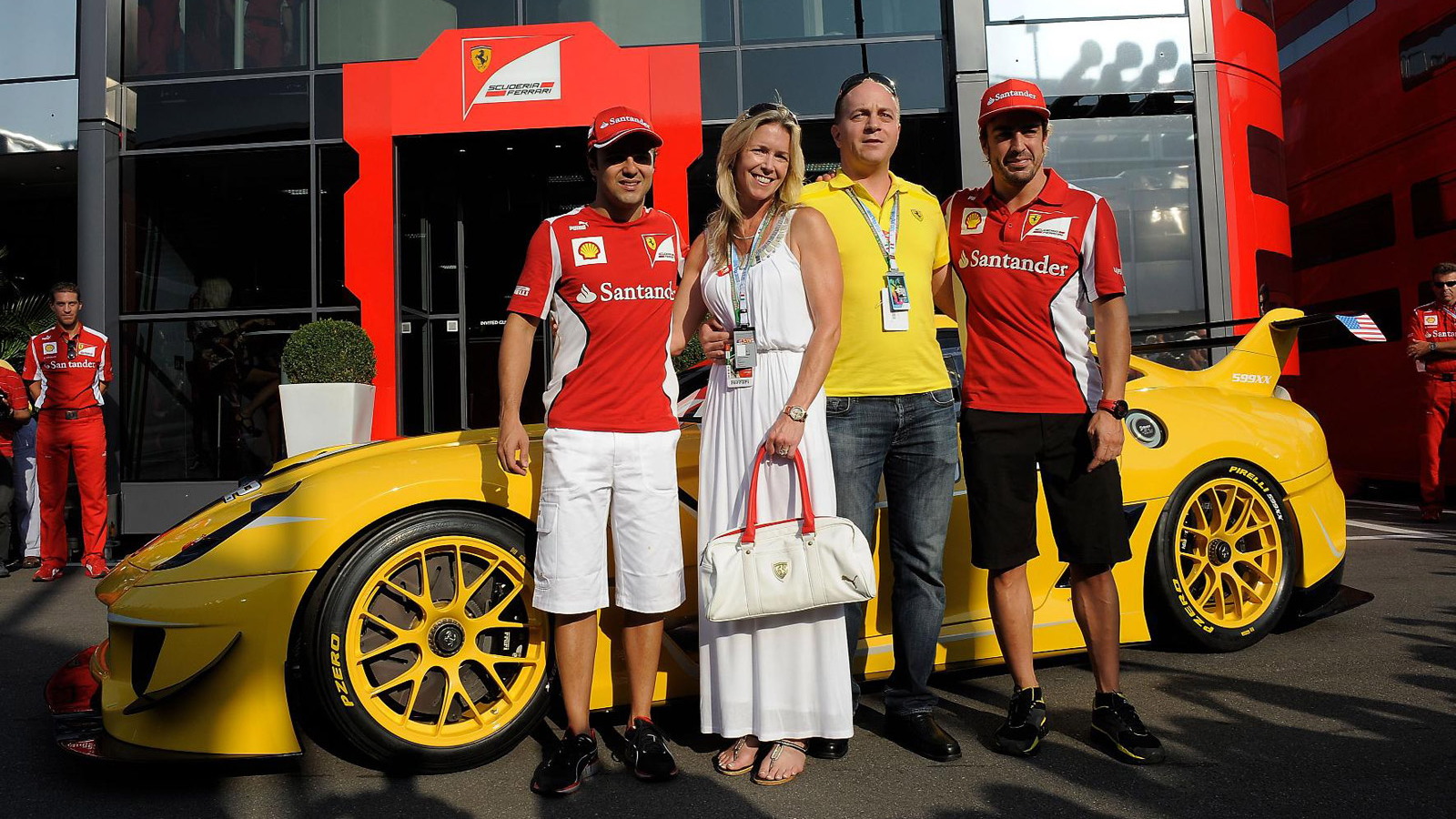 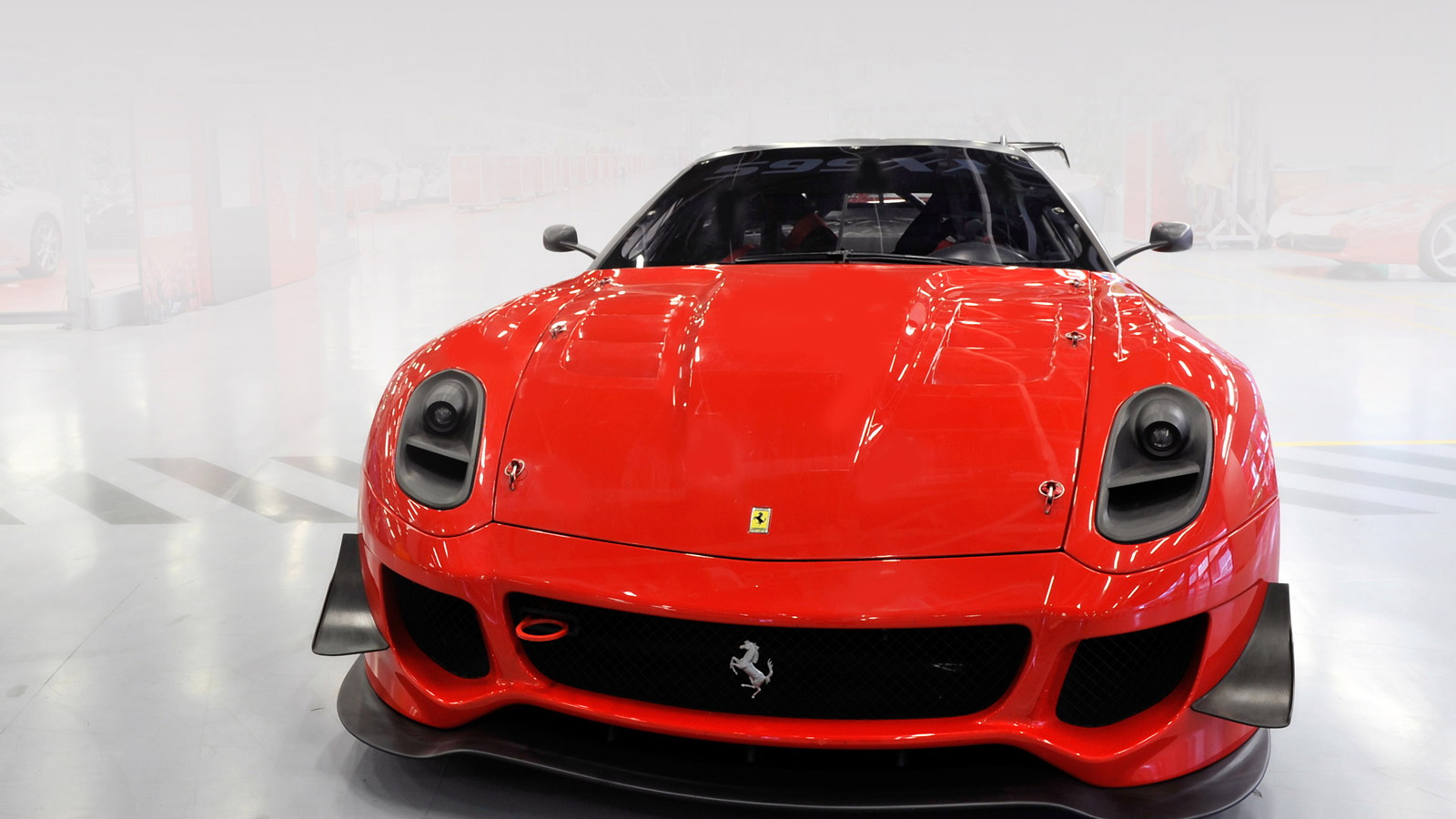 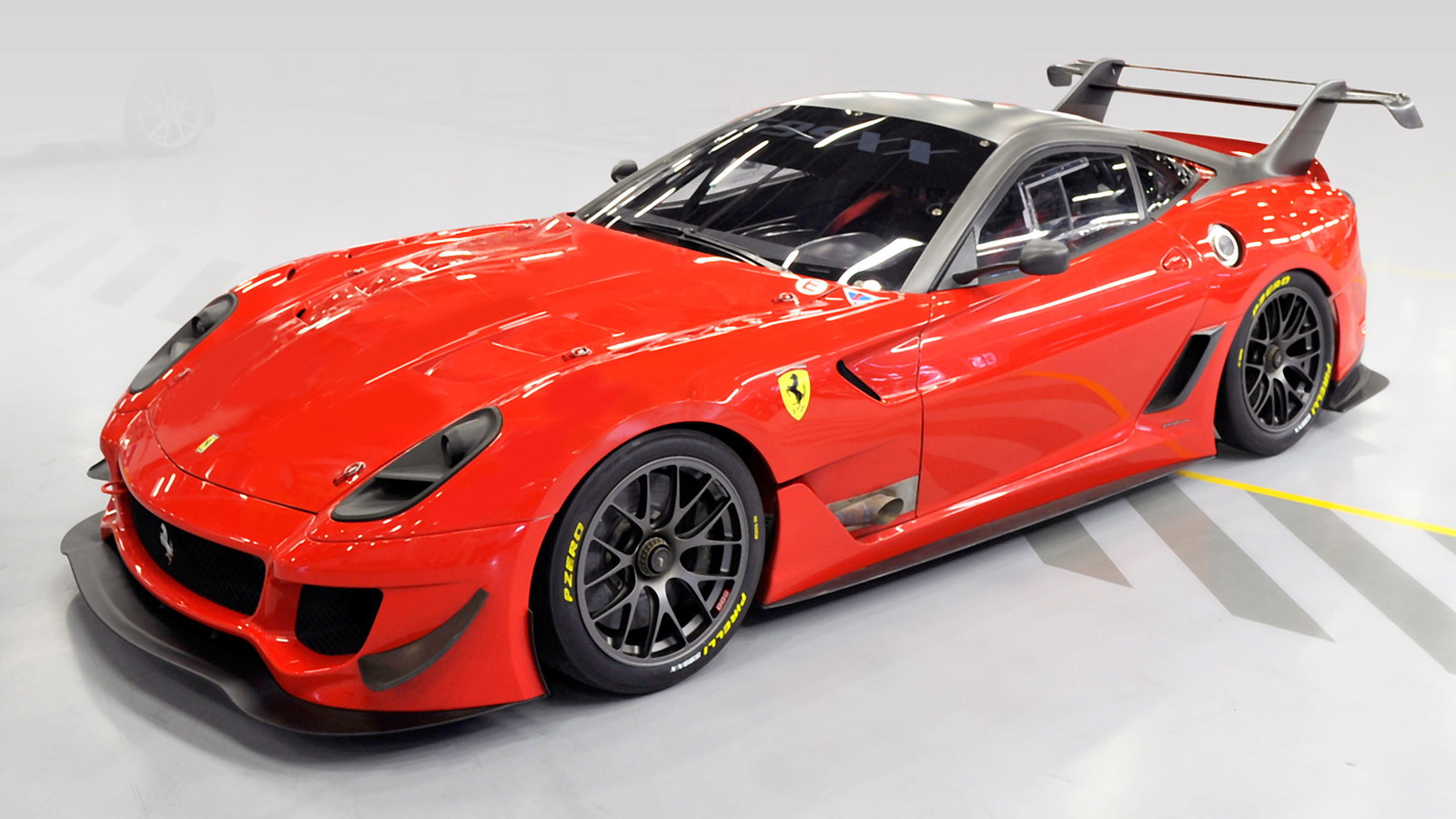 6
photos
The winning bidder of a Ferrari 599XX Evo, which was auctioned off to raise funds for support of victims of the earthquakes that rocked the Emilia Romagna region of Italy this year, has finally been handed the keys to the car. They were presented by Ferrari chairman Luca di Montezemolo at this past weekend's Italian Grand Prix to Google exec Benjamin Sloss.

Sloss, a resident of California, made the winning bid of €1.4 million ($1.78 million) for the special 599XX Evo, which he had painted a bright yellow.

He was also presented with an additional souvenir in the shape of a photo taken outside the team motorhome, alongside Ferrari’s F1 drivers Fernando Alonso and Felipe Massa.

The car was the star attraction among the many items put up for auction by Ferrari and many of its closest customers. Other items included a nose cone and V-8 engine from a previous F1 car, as well as an F1 racing suit worn by the legendary Giancarlo Fisichella.

In total close to $2.3 million was raised.

The 599XX Evo is an extreme sports car designed for track but not official competition use. It packs the full gamut of Ferrari’s latest racing knowhow, which has enabled it to lap the Nürburgring-Nordschleife in just 6:58.16.

On top of this, the 599XX Evo is also part of Ferrari’s arrive-and-drive Corse Clienti program, which affords owners full factory support at driving events around the world.