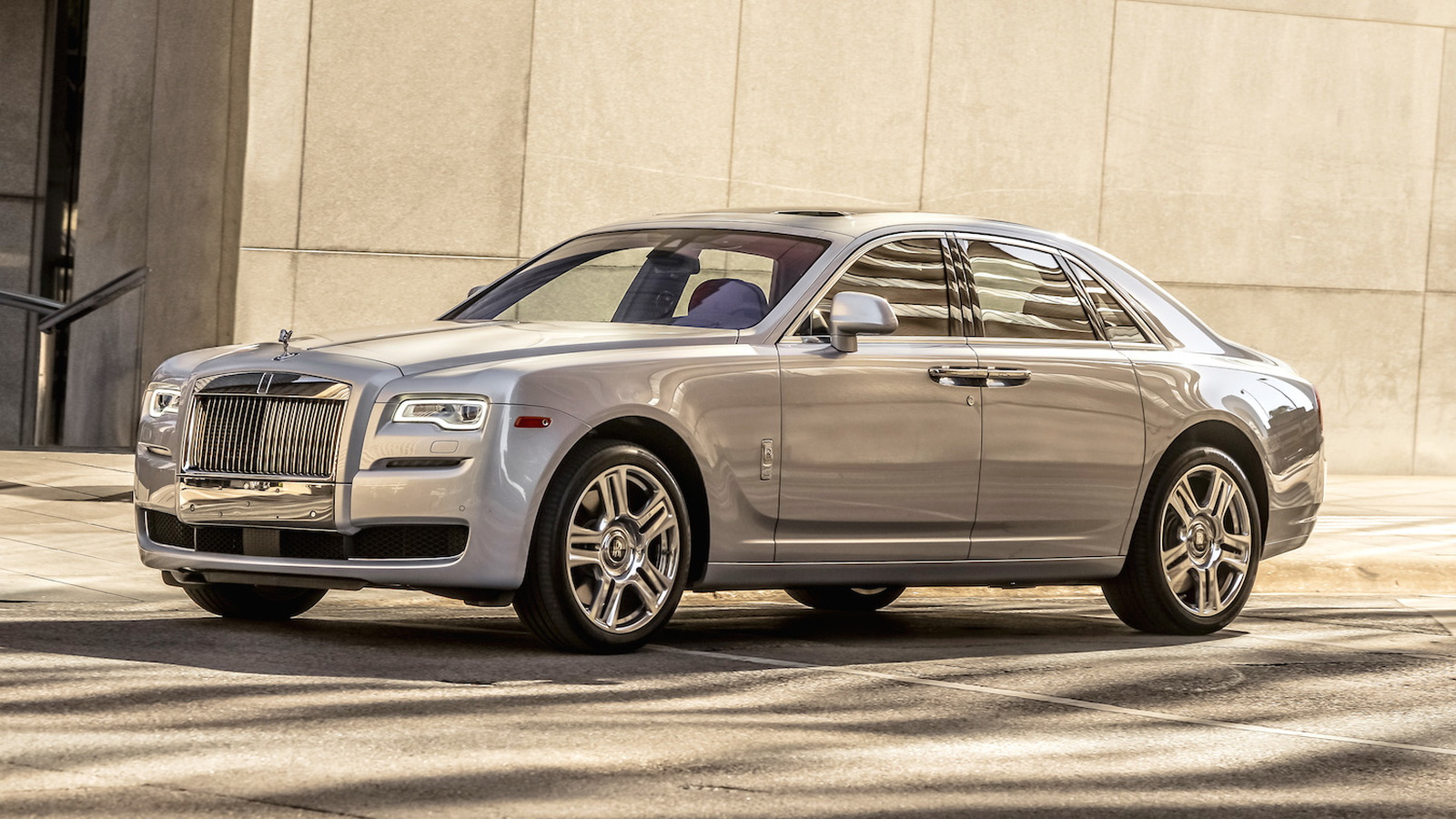 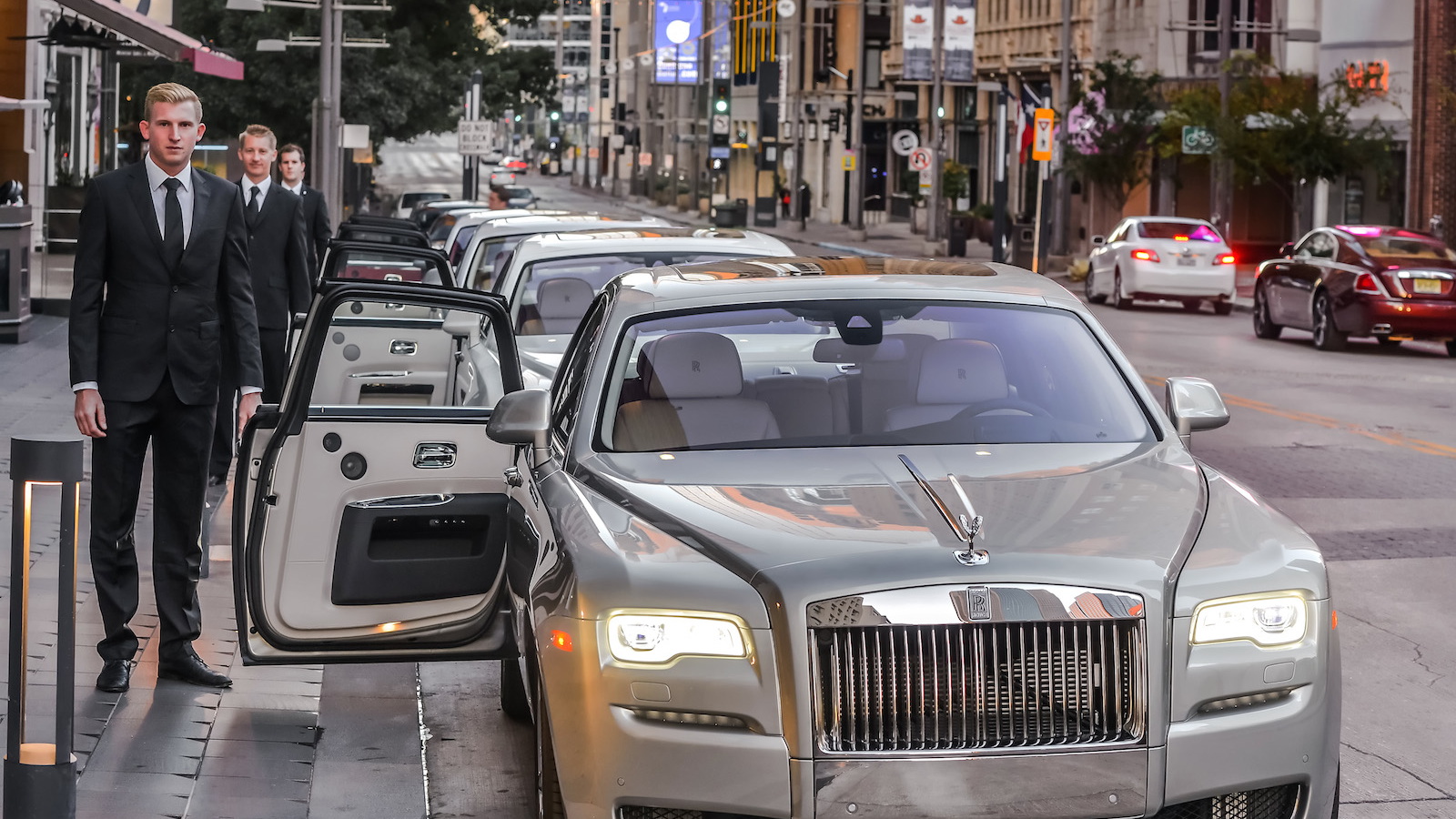 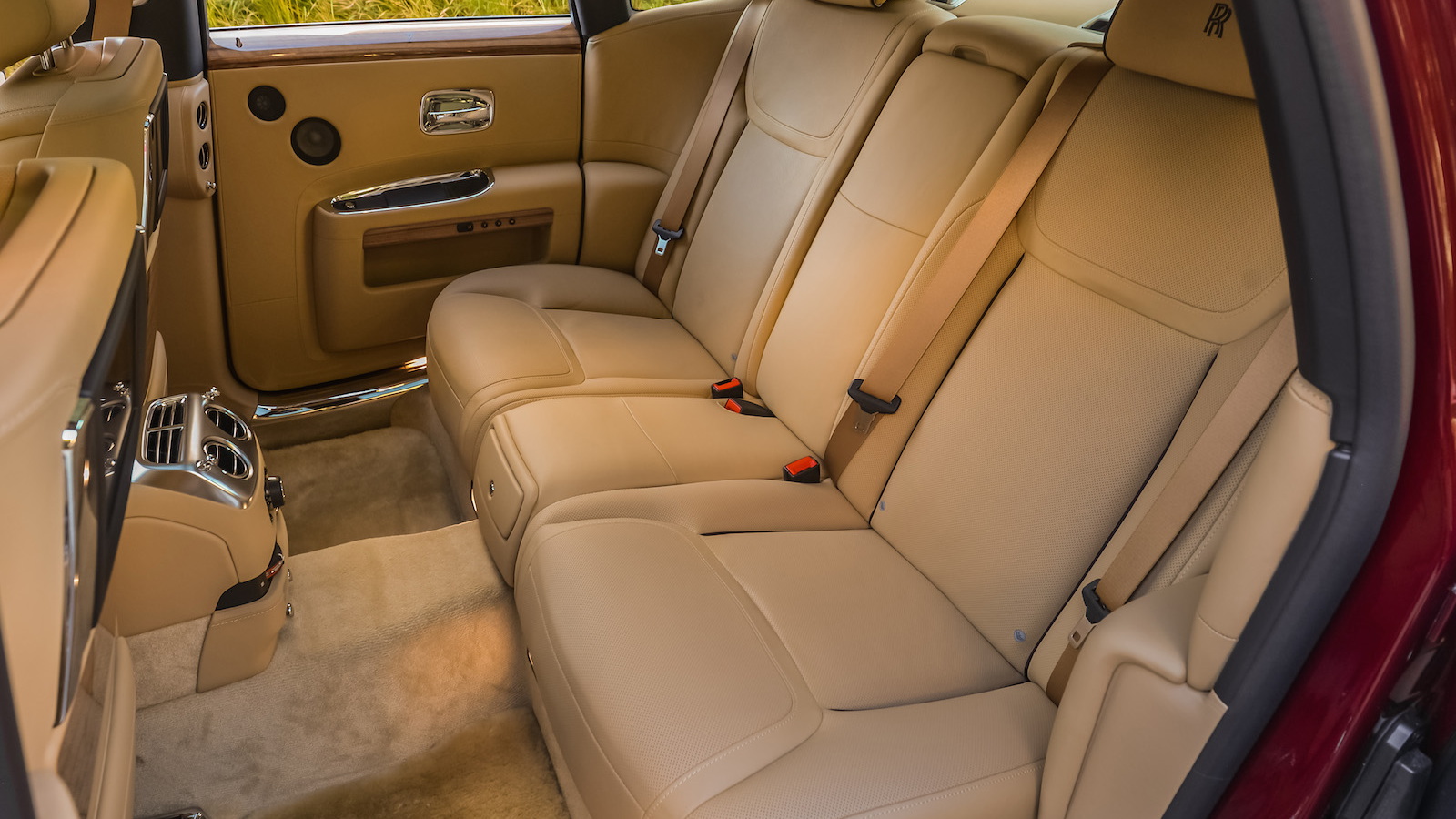 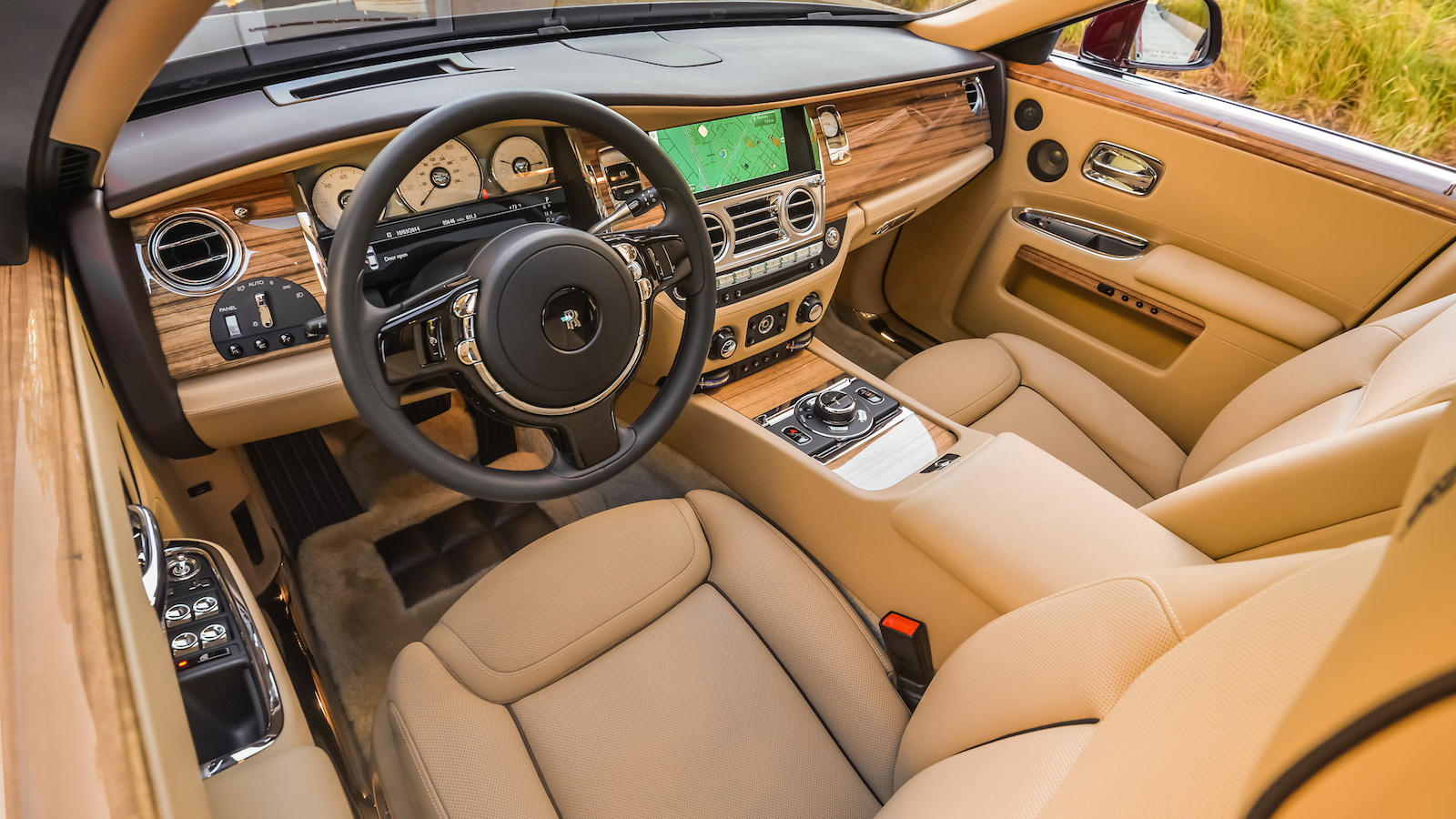 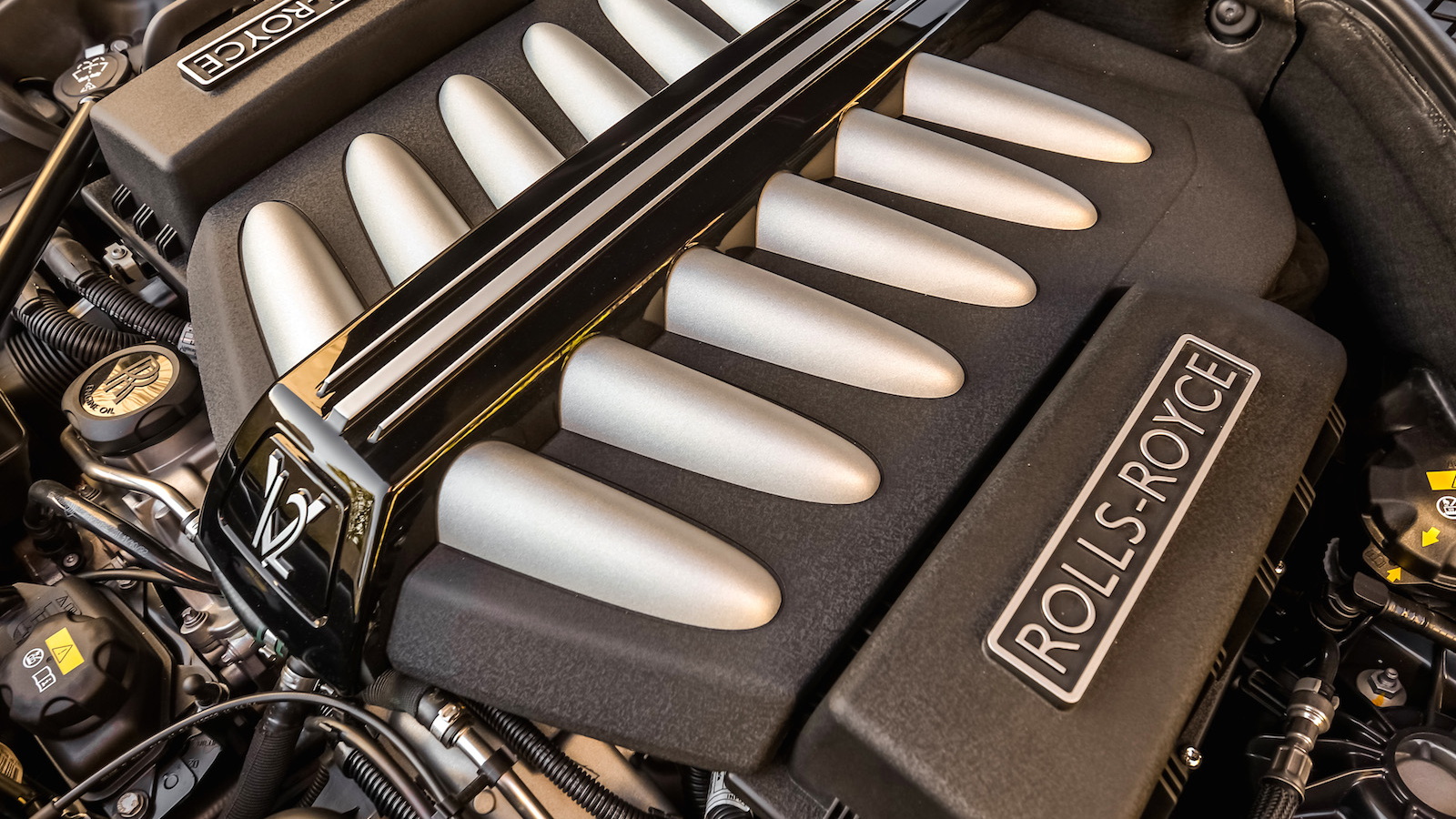 There are many things which make a Rolls-Royce a Rolls-Royce, but only one is essential: a certain attitude. The Ghost Series II delivers that attitude in spades.

What is that attitude? It’s an air of significance combined with an overt desire for exquisite luxury. The expression of that attitude results in a car, and an experience, that makes it clear the person inside is Someone Who Matters—whether they’re driving or riding peacefully in the rear.

Fortunately, the kind of person who wants that experience is the exact kind of person Rolls-Royce built the Ghost for in the first place. For the Series II, Rolls wanted to preserve that sense of recognition and importance for existing owners, while refining and improving the experience for owners yet to join the brand. It has succeeded.

To keep existing owners happy with their cars by not making them obviously out of date, visual updates to the Rolls-Royce Ghost Series II are subtle and minimal, though they are rather extensive.

The entire front end has been massaged, but new daytime running light surrounds for the LED headlights are among the only new items, and the most visible of the alterations.

Under the skin, the Ghost Series II adopts the Satellite Aided Transmission system from the Wraith. Predictively selecting from the eight available speeds based on topography and road data coordinated by satellite-determined position, the system isn’t focused on enhancing performance or gas mileage, but rather on enhancing the very Rolls-Royce trait of smoothness. The system could as easily be named Satellite Aided Wafting.

In the cabin, technology is the focus for the Ghost Series II updates, as the luxury boxes had already been checked with care in the original Ghost. New features include a WiFi hotspot and a Bespoke Audio System which Rolls-Royce bills as the “most exhaustively engineered and finest audio system in automotive history.”

That’s a tall claim to make of an audio system, especially with excellent options from Bowers & Wilkins, Burmester, and Bang & Olufsen offered in other luxury and utlra-luxury sedans.

In our day-long stint with the Ghost Series II, we heard nothing to support Rolls-Royce’s claims of the Bespoke Audio System’s superiority; if anything, it’s a bit tinny, with a muddy mid-range and weak bass. Perhaps that’s the desired output, and our ears merely lack the class to appreciate such a system.

With rather little in the way of outright new looks and equipment, the Series II is about refinement—and that it has done exceedingly well.

Inside the new LED daytime running lights, the headlights themselves have been reshaped and re-engineered, offering whiter, brighter light output with reflectors that follow steering wheel movements. The hood has been slightly redesigned, gaining a “wake channel” behind the Spirit of Ecstasy ornament, a feature intended to mirror the wake of a yacht or jet—something many Rolls-Royce owners are intimately familiar with. The air intakes have gained chrome inserts, and the front bumper is lightly restyled to add visual width.

Although there are no significant changes to the driveline, Rolls-Royce has managed to improve acceleration slightly, allowing the Ghost Series II to reach 60 mph from rest in 4.8 seconds, rather than the previous model’s stated 5.0-second run.

At each corner, the adaptive air damping system has also been further refined, delivering ride quality that is, truly, unbelievable for those with an appreciation of the physics of such a vehicle. The Ghost Series II’s curb weight of 5,556 pounds (in extended wheelbase form; 5,445 pounds in standard-length trim) requires substantial spring rate from the suspension merely to control the motion of so large and stout a body. Likewise, the suspension members, even though made of aluminum, must be large and hefty to take the strain. The massive 19- or optional 21-inch wheel and tire combinations add their own mass to the equation.

With so much spring rate and unsprung mass to deal with, the Ghost should, by any reasonable expectation, ride rather like a heavy-duty pickup. Instead, it rides like a memory foam mattress atop a hover car.

How is this possible? Because of the massive air struts and dampers that control both body and wheel motion, as well as new hydraulic rear axle bearings to reduce vibrations and enhance stability. The original Ghost’s tune was remarkable; the refinements made to the Series II are subtle, but noticeable, and the quality of the ride now redefines world-class. It’s simply magical: bumps, undulations, road surfaces, freeway joints—none of them upset the Ghost Series II’s composure, and few even manage to penetrate the cabin to a degree that might intrude on the occupants’ awareness. Sheer serenity.

But then push the Ghost rather harder than you’d think proper for a Rolls-Royce, and that suspension tune reveals another dimension: it corners very well, too, controlling body roll while retaining the plush ride. A new steering configuration and thicker steering wheel have also been added to the Series II to improve steering responsiveness and feedback to the driver.

Whether you’re driving or directing your chauffeur from the rear seat, the interior of the Ghost Series II has some notable improvements, as well. The front and rear seats have been redesigned, with the fronts gaining adjustable thigh supports and depth adjustment, while the rears have been slightly angled toward each other for easier communication between passengers. The embedded clock in the dashboard gains a new face that emulates luxury watch style, a treatment also given to the instrument cluster dials. In person, this effect is stunning, and incredibly attractive.

Other subtle changes to the Ghost Series II line include a  new inlay of the Spirit of Ecstasy beneath the touch-sensitive surface of the infotainment system’s rotary controller, an optional extended leather package that wraps the front and rear interior roof pillars, as well as an expanded range of customization from the brand’s Bespoke service, including two new hand-crafted wood veneers: Walnut Burr Crossband and Paldao.

WATCH: Enjoy This Blast To 213 MPH In The Ferrari LaFerrari: Video

Under the hood, new Ghost buyers will find the same 6.6-liter twin-turbocharged V-12 engine as in the original model, still generating the same rated 563 horsepower and 575 pound-feet of torque.

The cabin, too, is largely the same in terms of style and layout, the updates above aside. Front-row seating remains spacious and comfortable, while the rear seats offer ample leg room even in short-wheelbase models. Exquisite wood and metal trims, metal controls, and the unique plunger-operated vents all remain—though each is open for customization through the Bespoke service, of course.

Utterly unchanged is the look of prestige, power, and importance the Ghost Series II offers, whether viewed from the curbside valet at check-in, the cabin, or from another vehicle on the highway, watching the Rolls proceed.

The Series II updates to the Ghost line improve upon a proven formula, one that has seen the brand rise in sales to what is expected to be its best year ever in 2014, with over 4,000 total vehicles sold. That formula aims squarely at a segment of people Rolls-Royce refers to as the “wealth and job creators in our economies.”

Some of those wealthy job creators are established, “old money” buyers, seeking to augment their portfolio of cars, yachts, and jets with a new model. The growing portion, however, is the “new money” crowd—entrepreneurs, rising tech barons, young financial wizards, and the like.

The Ghost’s appeal to those buyers is centered around that sense of arrival—in both literal and figurative terms. It’s a signifier of success, outward and inward, for the ambitious, the capable, the intelligent, the motivated. It’s a luxury statement on the level of a custom Patek Philippe, to be displayed with pride and confidence.