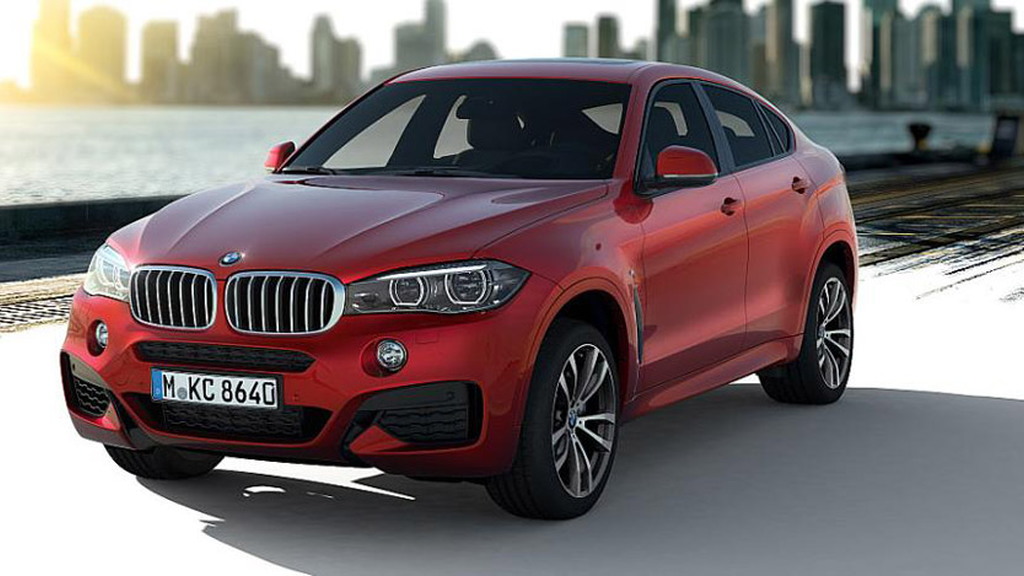 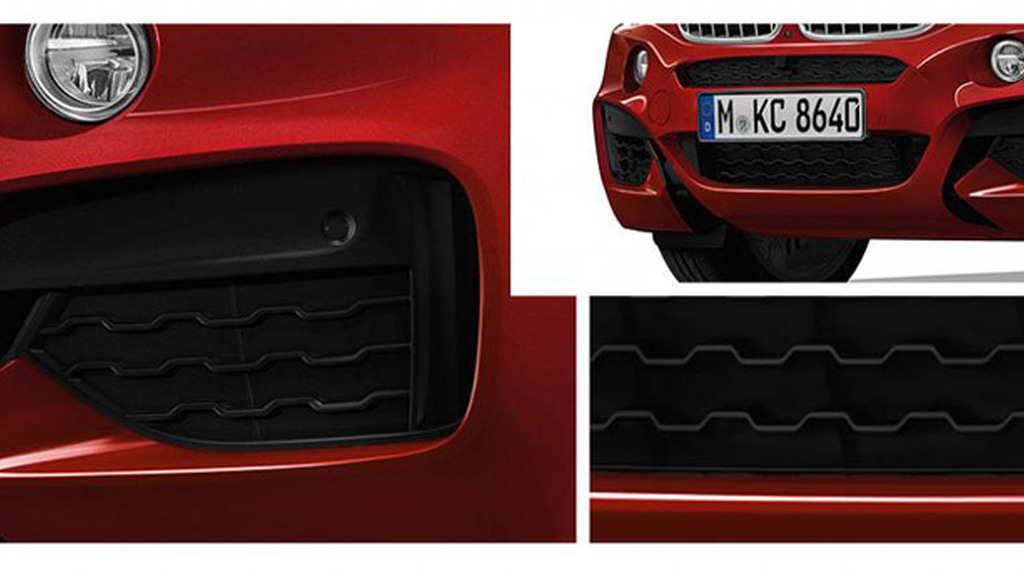 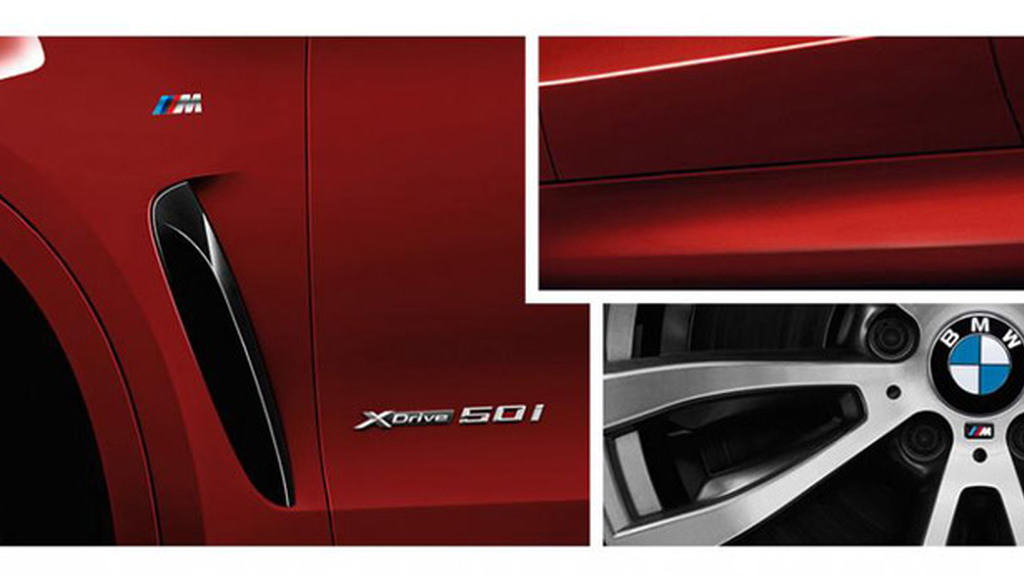 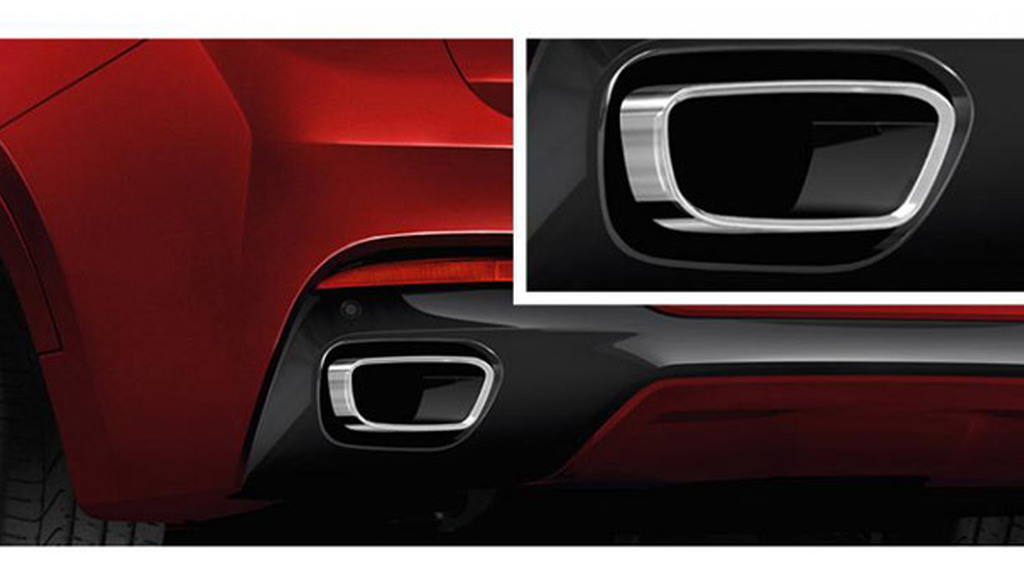 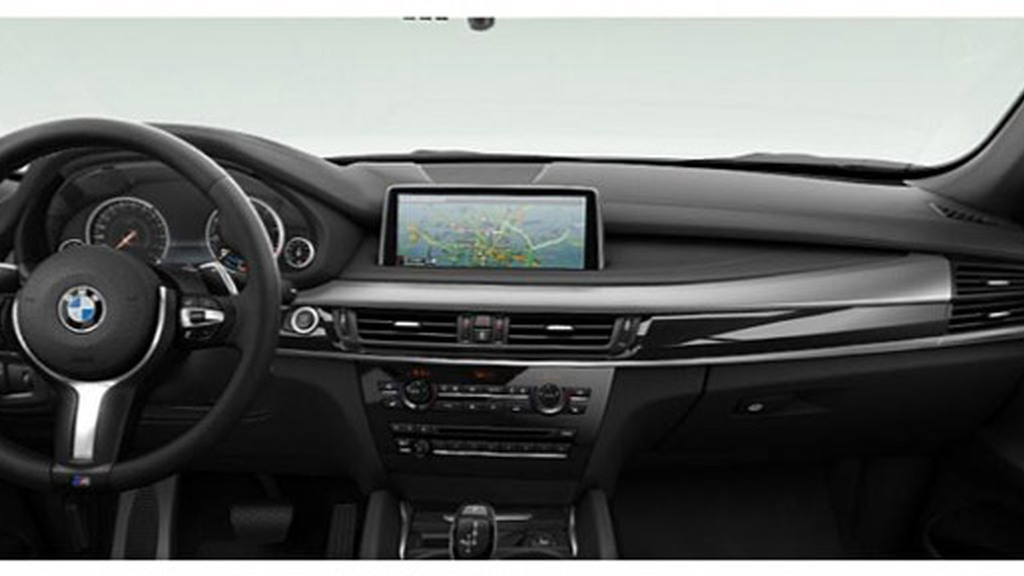 31
photos
BMW has just revealed its second-generation X6 crossover, and soon its high-performance X6 M variant will debut. In the meantime, X6 fans looking to add some sport to the new 2015 X6 will have to settle for the crossover’s available M Sport package. Overseas, buyers also have the option of the 2015 X6 M50d high-performance diesel. Both were revealed by BMW last week.

The M Sport package provides clues as to what the dedicated M version of the new X6 will look like. It features a handful of aerodynamic enhancements including a more aggressive front apron, new side skirts and a rear diffuser insert. It also adds a matte aluminum finish for the grille, wheel arches that match the body color and 19-inch light alloys. Another performance upgrade is Adaptive M suspension. Inside, there are sports seats with leather and Alcantara trim, a sports steering wheel, and M badging.

Many of these same upgrades are fitted on the X6 M50d model, the latest edition to the growing M Performance range. Like its predecessor, the new X6 M50d is powered by a triple-turbo—yes, it has three turbochargers—3.0-liter straight-six diesel engine. Output is unchanged for the latest model, registering at 381 horsepower and 546 pound-feet of torque.

Combined with xDrive all-wheel drive, the potent diesel engine will rocket the X6 M50d from 0-62 mph in just over 5.0 seconds and see it easily reach its governed top speed of 155 mph.

The 2015 BMW X6 reaches showrooms later this year, with X6 sDrive35i, X6 xDrive35i, and X6 xDrive50i models available at launch. While the U.S. misses out on the X6 M50d, we should receive an X6 xDrive35d diesel model at some point.