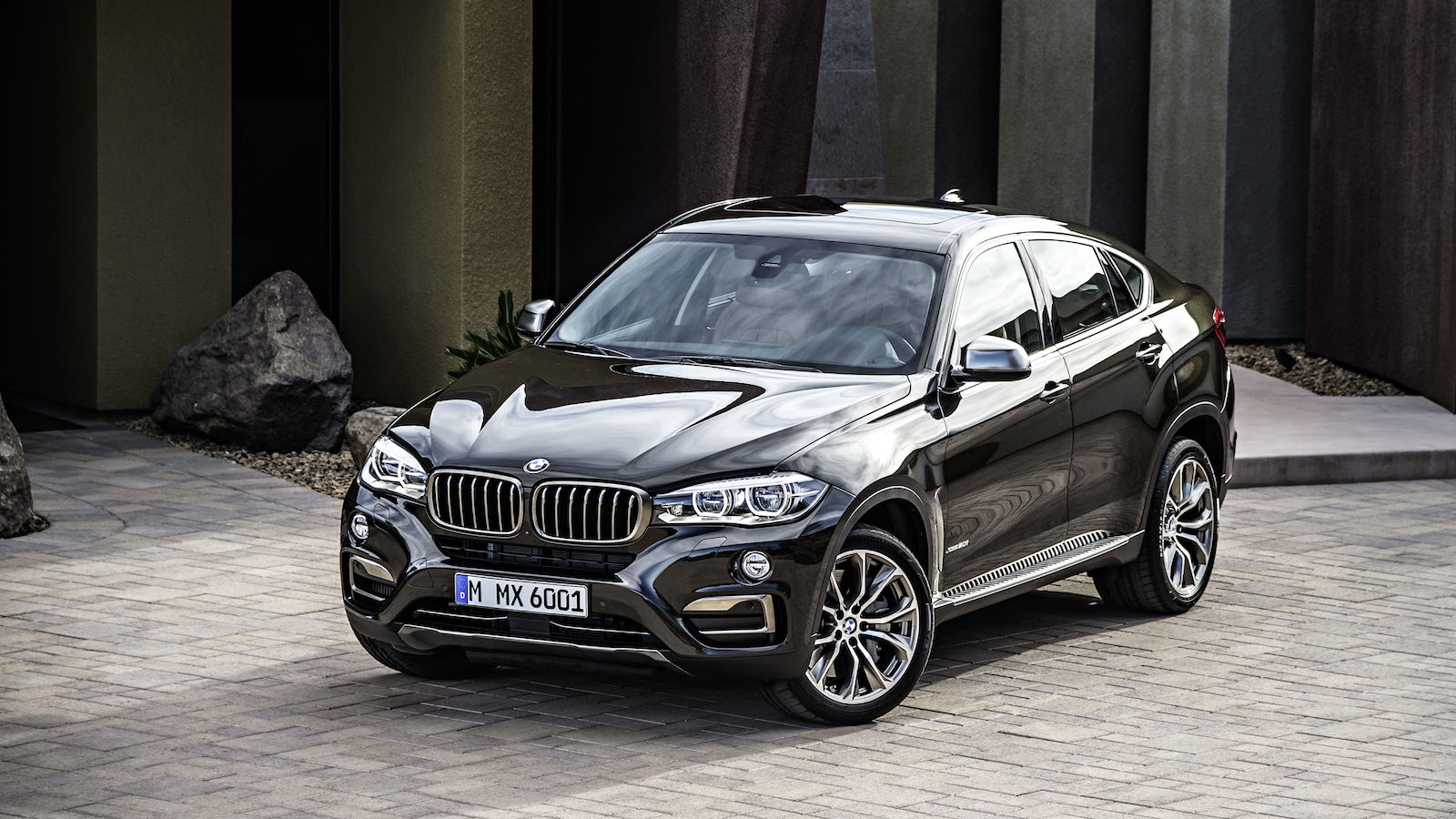 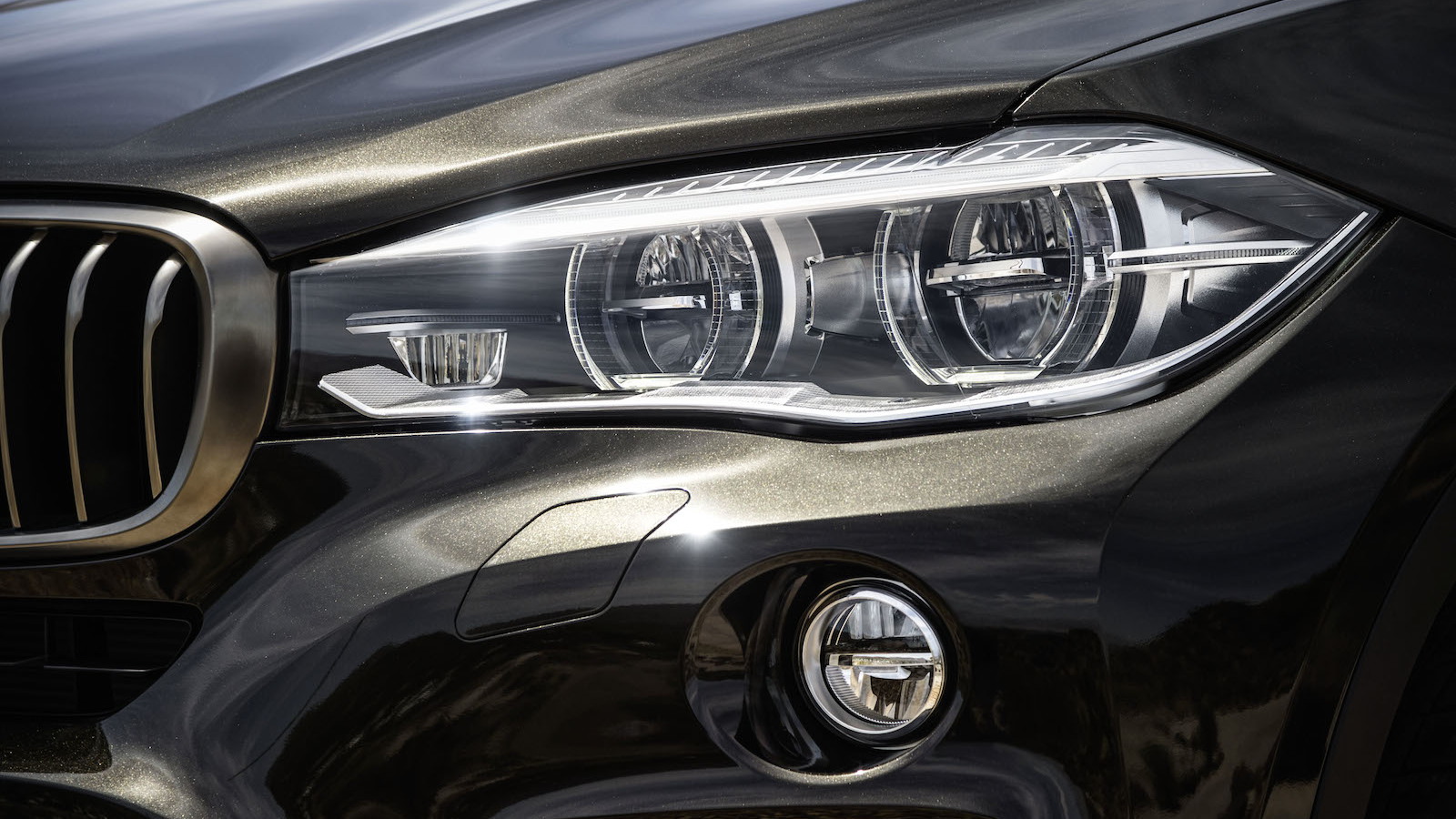 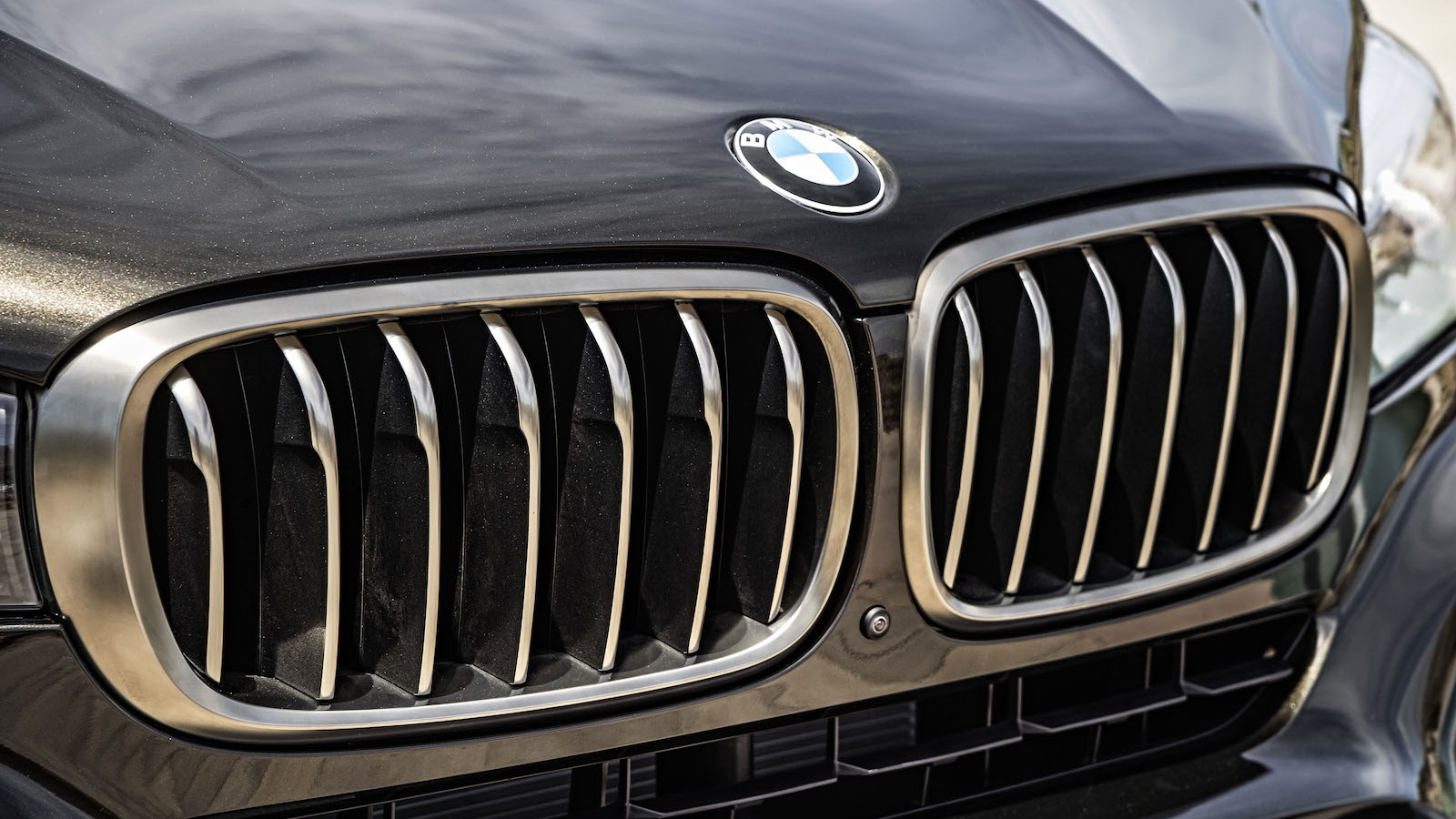 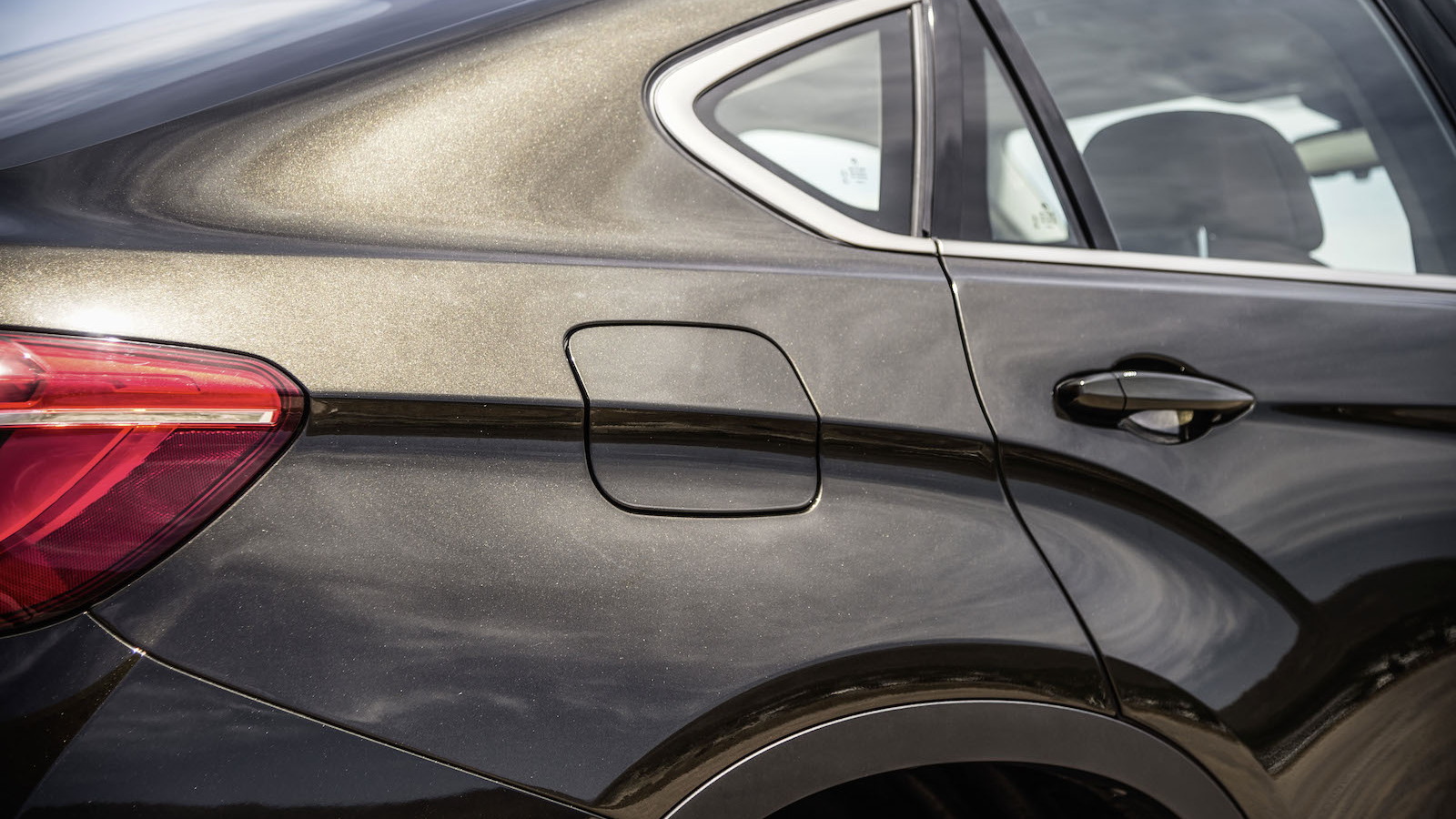 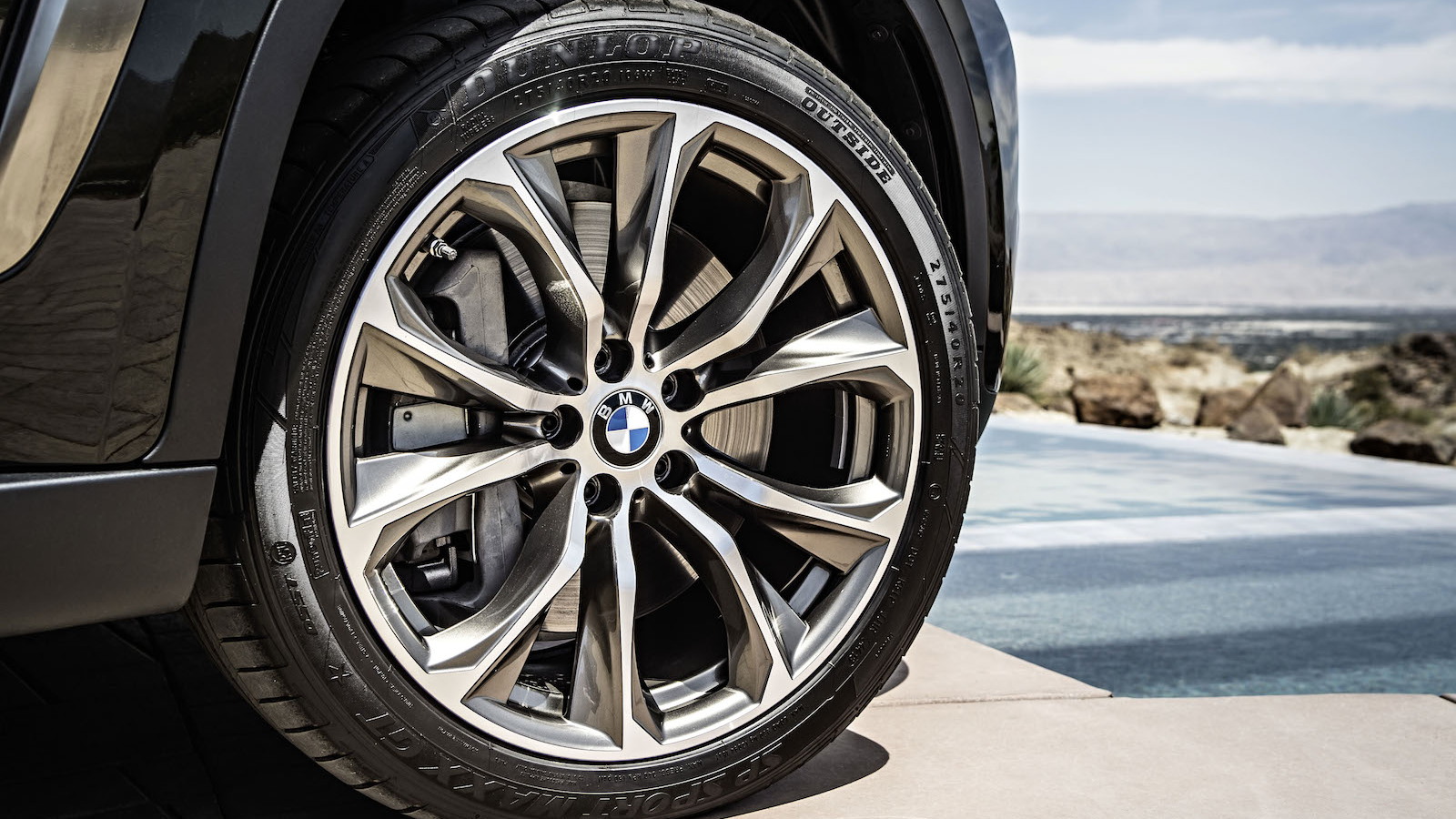 47
photos
The U.S.-built 2015 BMW X6 takes the brand’s four-door-coupe-SUV formula to the stylistic limit and adds a new rear-drive option to the previously all-wheel-drive-only range.

All-wheel drive xDrive35i and xDrive50i models will also return for the 2015 model year, both mated to the same eight-speed automatic transmission. The 4.4-liter turbocharged V-8 is updated to 450 horsepower, a gain of 50 horsepower from last year’s model.

It’s the exterior that will be most readily noticeable with the 2015 updates, however. BMW calls it an “updated and even more extroverted design.” That’s a fair assessment.

The most dramatic looks are found at the front end, where an X-styled contour draws attention to the prominent kidney grille. Aggressive headlights with the trademark twin-circle elements and LED fog lights provide the familiar but fresh face, even at night. Adaptive LED headlights can be had as an upgrade. Matte-finish underbody protection can be seen peeking out below.

Other new features for the 2015 X6 include “air curtains” along the outer air intakes of the front end, air deflectors on the wheel arches, and “air breathers” in the fenders, all designed to improve the flow of air over and around the X6’s shape.

From behind, the X6’s rear is intended to show a low, broad athletic look, with LED light strips protruding from the L-shaped tail lights, and the matte-finish underbody element reappearing at the rear.

Inside the 2015 BMW X6, finishes like poplar wood, brushed aluminum, pearl gloss chrome, Fineline oak, and more add to the perception of luxury. Ambient lighting accents key design elements, with LED positioned around the cabin’s wraparound contour line. Instrument panels and displays now feature “black-panel technology,” while the color and presentation of the screens varies with the Driving Dynamics Control switch. iDrive infotainment is standard, and comes with a free-standing 10.2-inch display.

For those with a taste for the individual, xLine and M Sport customization options offer an array of appearance features from sporty to refined, including Dakota leather trim in Cognac and Coral Red hues; Bang & Olufsen sound; and a new Rear Entertainment System option.

On the high-tech end of the spectrum, the 2015 BMW X6 offers a head-up display, BMW Selective Beam headlights, and BMW Night Vision. The night vision system can detect both pedestrians and animals, offering a real-time display showing people, animals, and any heat-radiating obstacles on the central display panel, while detecting and alerting of any collision risk.