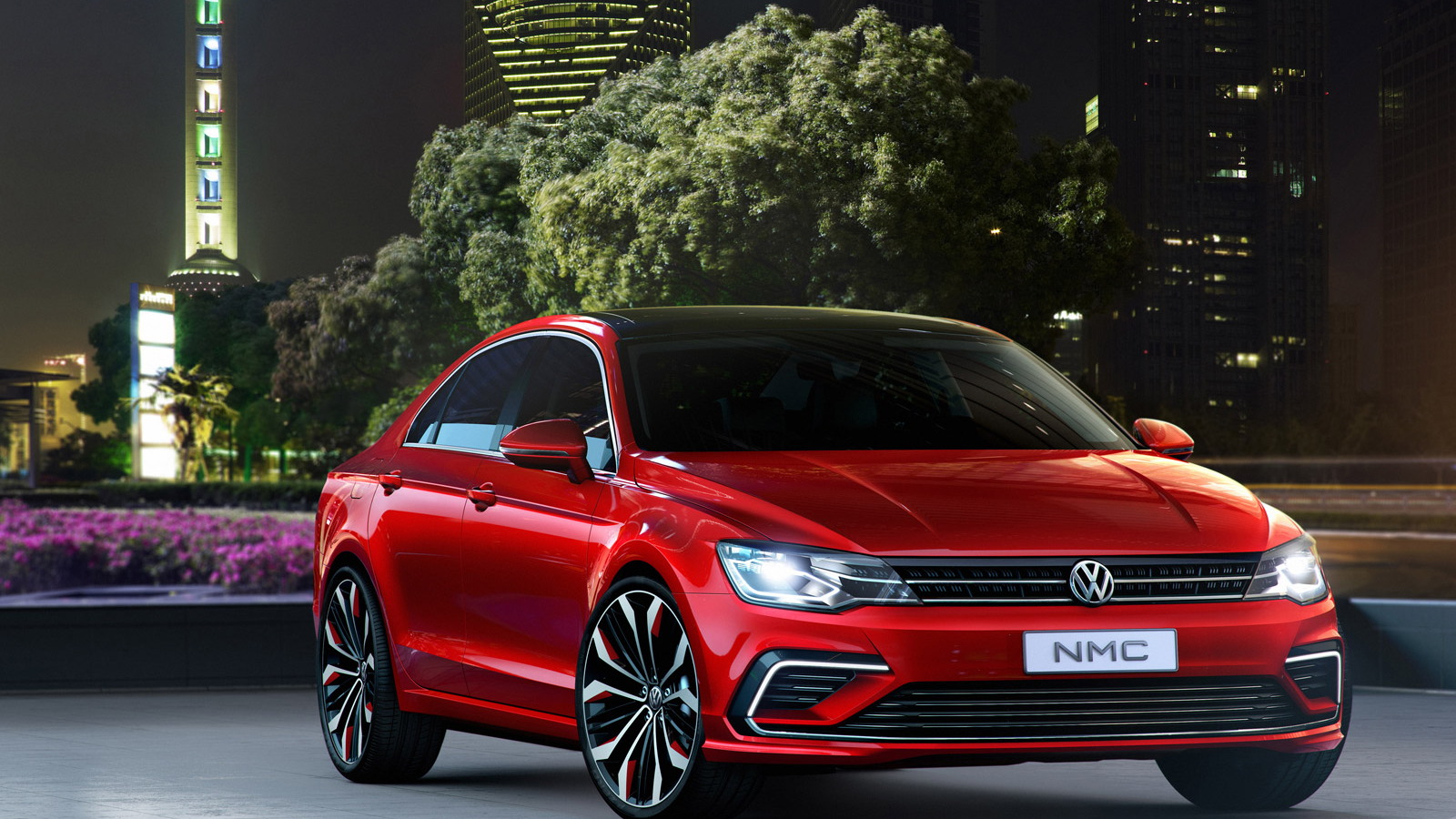 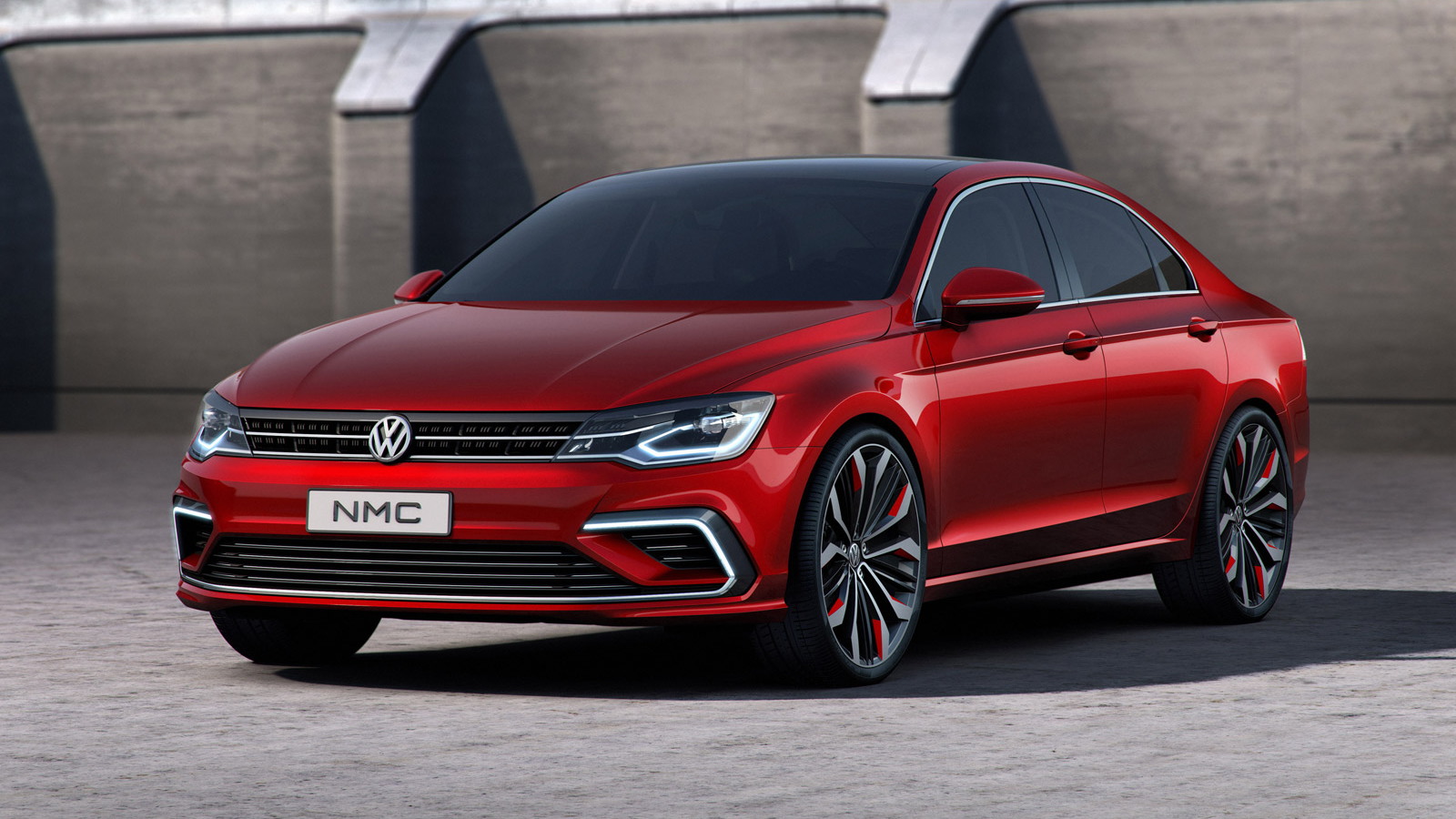 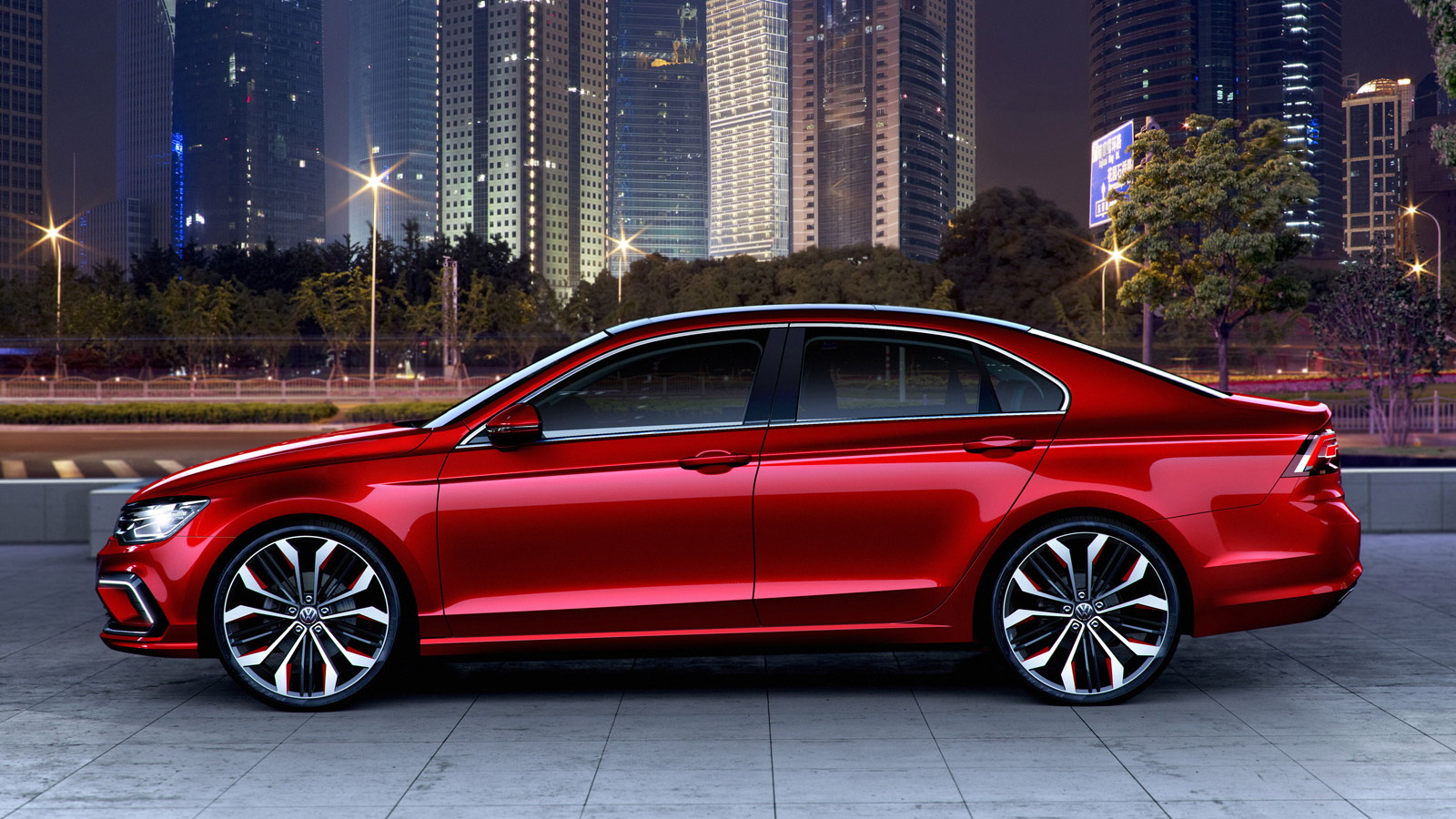 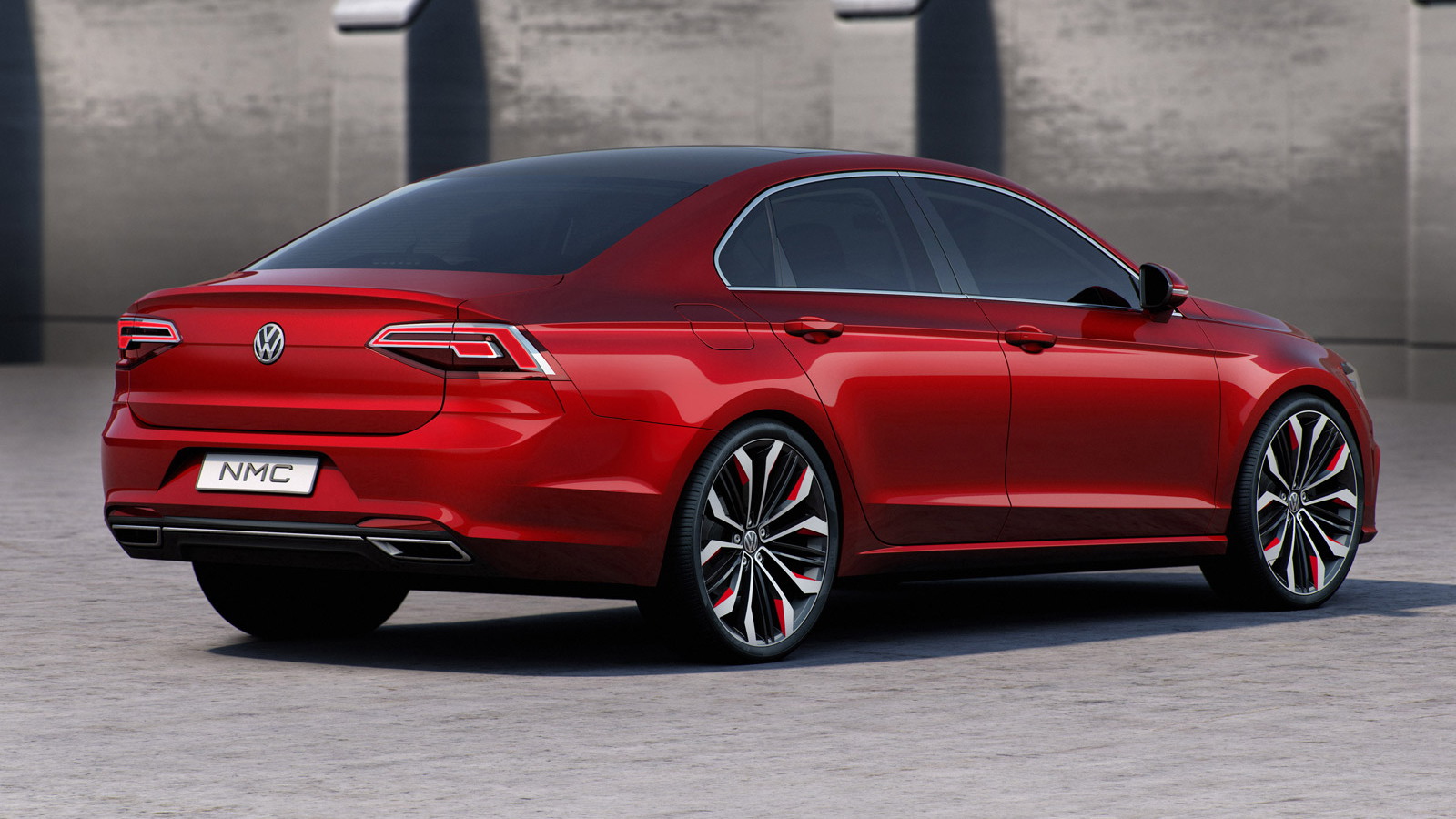 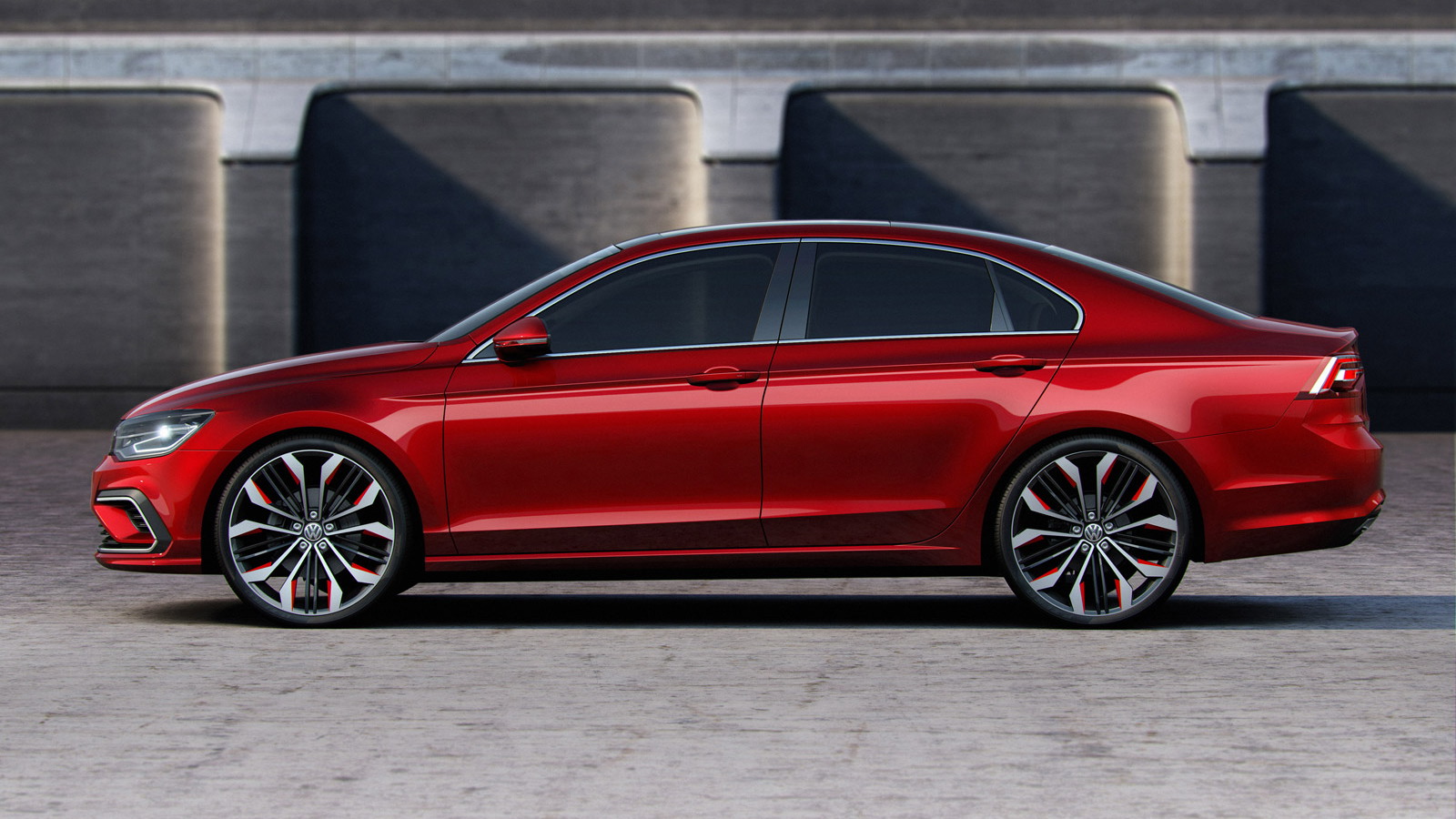 16
photos
Volkswagen presented a stylish four-door coupe concept at the 2014 Beijing Auto Show over the weekend. The concept is called the New Midsize Coupe and it’s about the size of a Jetta, although its proportions are much sportier than any production VW. Designers say it gives an idea of what a sport sedan positioned below the Passat could look like, something that would sit next to the Jetta in VW’s lineup, just as the stylish CC four-door coupe sits alongside the Passat.

The New Midsize Coupe stands just 4.6 feet high, but has a width of just over six feet. The overall length is about 15 feet, which makes it a bit shorter than the Jetta so the name is a bit misleading. Here in the U.S. we’d call it a compact. The concept also benefits from a low visual center of gravity, short overhangs, muscular shoulders and side sections, a dynamic roof line with markedly swept-back C-pillars, a short trunk lid and long hood. It also sits on 20-inch wheels with 245/40 tires.

In addition to the sporty proportions, the New Midsize Coupe also showcases new design elements that are expected to feature on future VW products. These include a more aggressive lower air dam, which we’ve seen utilized on the updated 2015 Touareg also on show in Beijing. The LED headlight design is also new and integrates part of the grille. The horizontal fins run into the actual headlight units, allowing air to enter the light and help cool the LEDs.

Another key element of the design is the shoulder section. It runs on two levels; the upper of these two levels develops a narrow line from the C-pillar to below the window sill. The lower of the two levels begins at the front of the car as a very narrow line; it then runs over the wheel arch flare and becomes increasingly broader towards the rear, jutting out and forming the powerful shoulders of the rear body. At the rear, the trunk’s edge serves as a spoiler. The tail-lights feature aluminum accents and below these is an integrated rear diffuser that houses square-shaped exhaust tips.

The man responsible for the look of the New Midsize Coupe is VW brand design boss Klaus Bischoff.

Underpinning the car is VW’s flexible MQB platform, and powering it is the automaker’s ubiquitous EA888 2.0-liter TSI, which has been tuned to deliver 220 horsepower. Driving the front wheels only, via a seven-speed DSG dual-clutch gearbox, the turbocharged and direct-injected engine will accelerate the concept from 0-62 mph in about 6.5 seconds and see it reach a top speed of 152 mph.

Inside, there is seating for five and more than 17 cubic feet of storage. The dash has a driver-focused layout and there are sporty bucket seats up front. The look is borrowed from the 2015 Golf range although there are some premium touches such as silk-colored leather trim, an Alcantara headliner and real wood and metal accents.

Although VW hasn’t confirmed the New Midsize Coupe for production, there’s a good chance it will be built given the excitement surrounding the arrival of a new generation of sporty compact sedans such as the Audi A3, Buick Verano and Mercedes-Benz CLA-Class. At present, VW states that the concept demonstrates how multifaceted its MQB platform is and some of the design cues that will feature in the automaker’s products over the next few years.