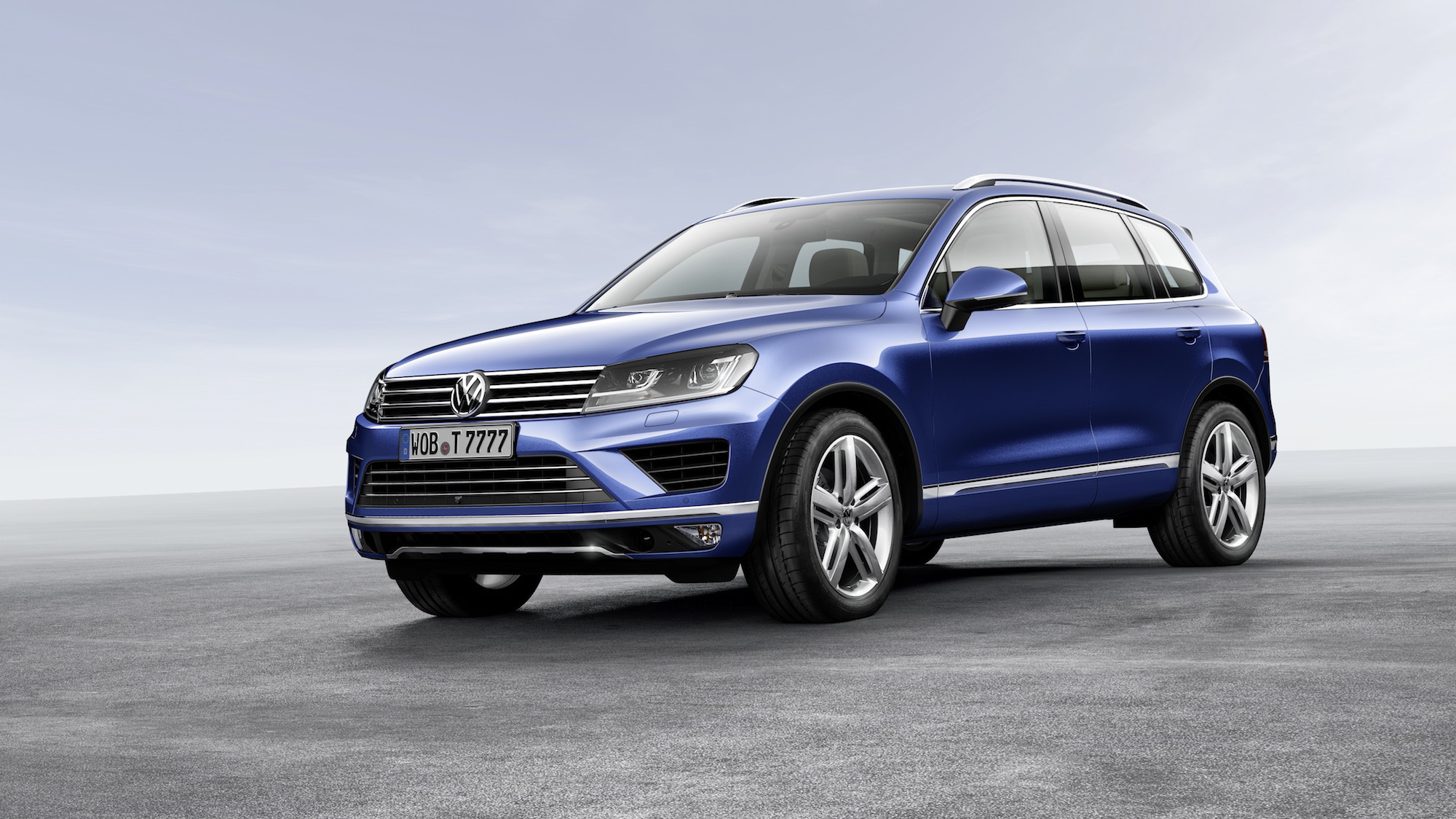 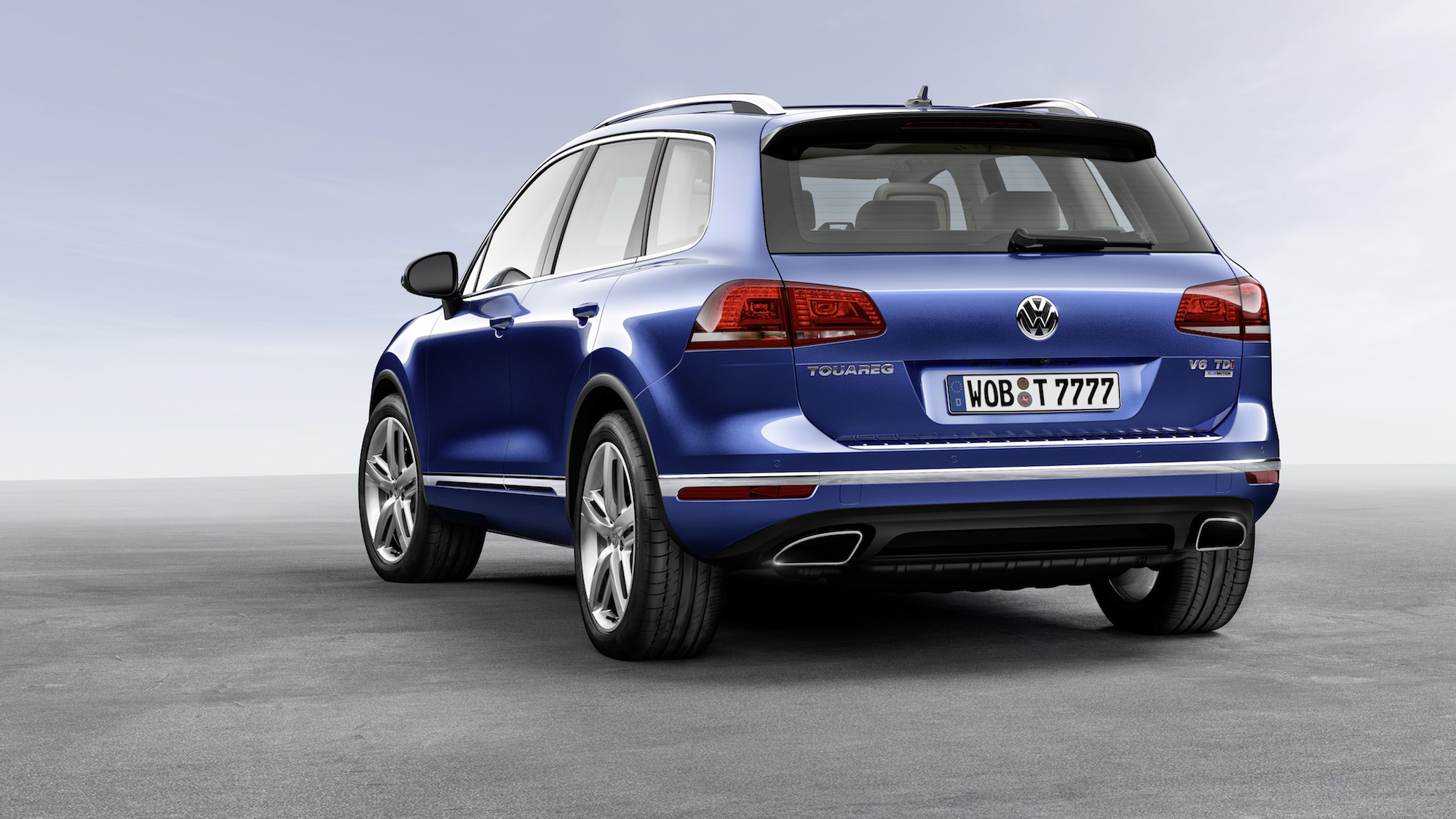 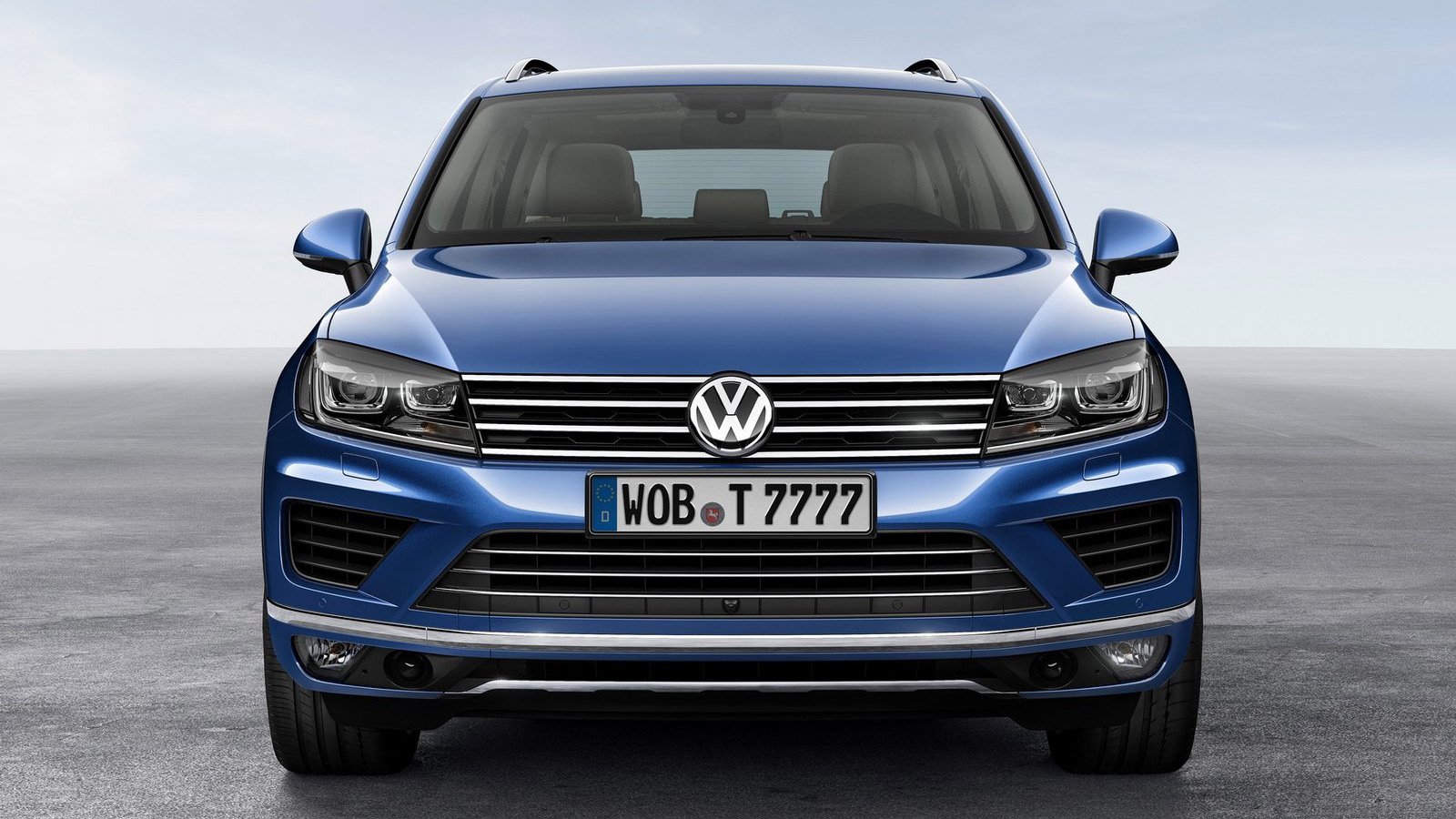 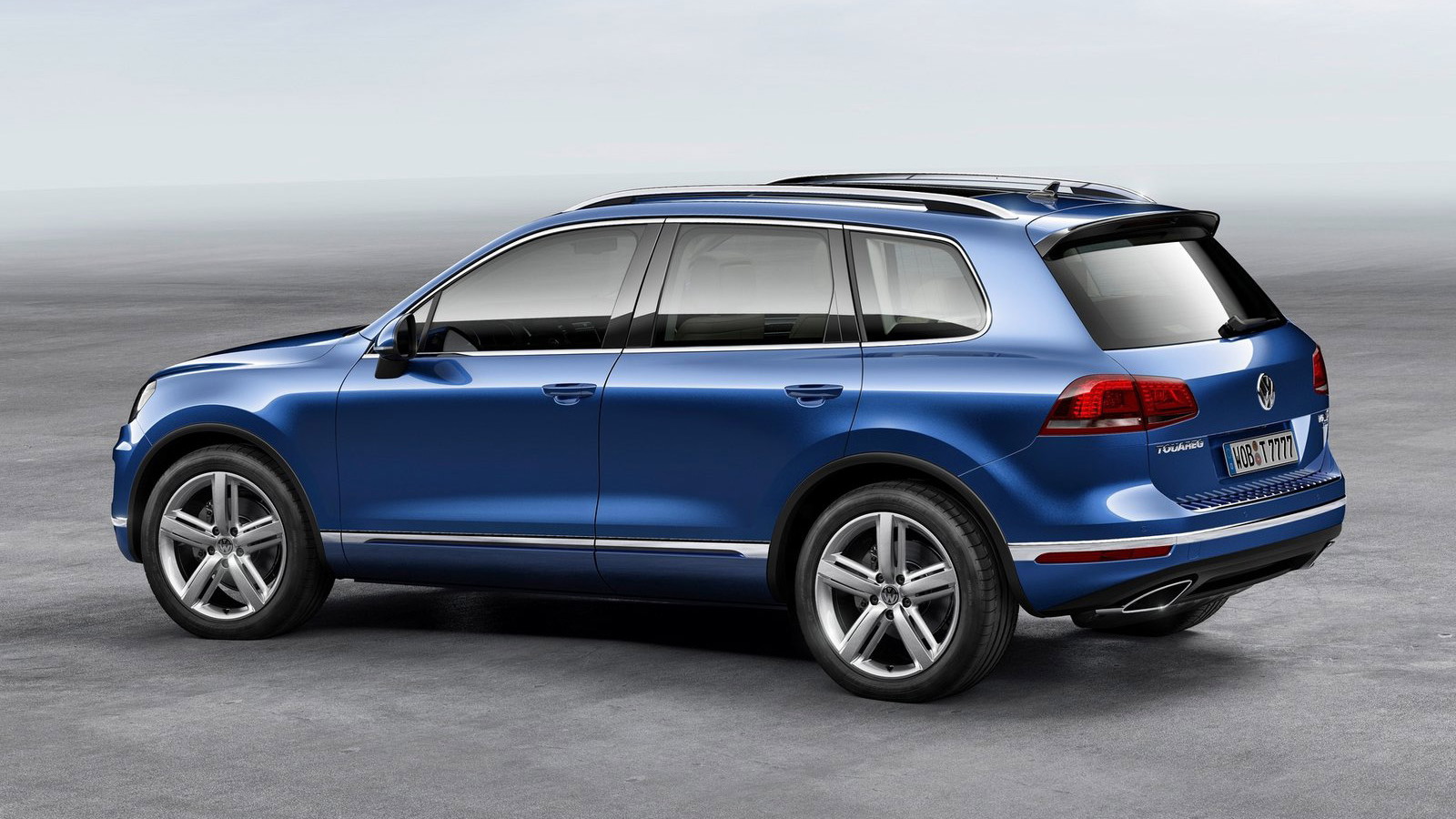 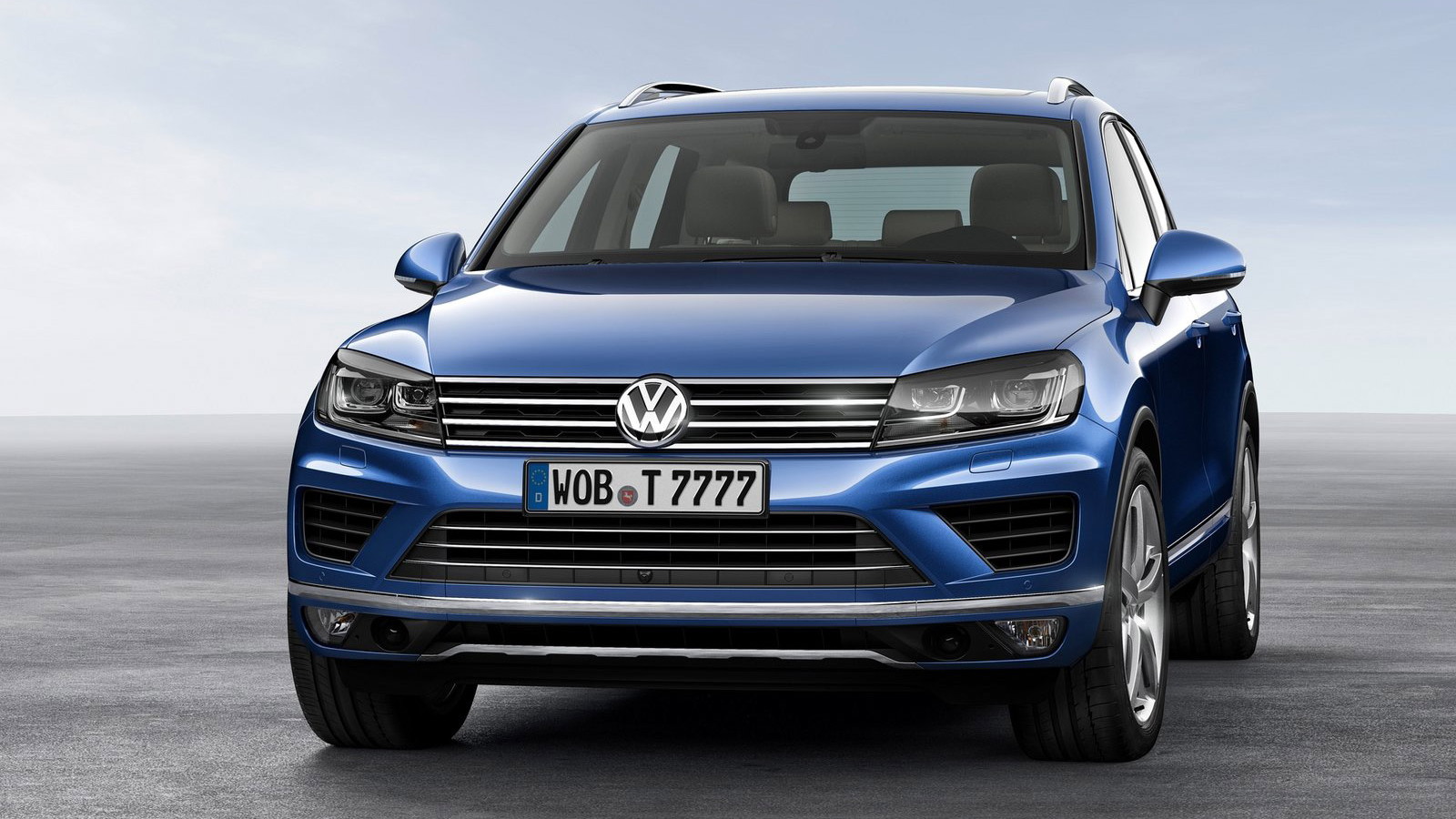 9
photos
Volkswagen’s second generation Touareg has enjoyed moderate sales since its launch in 2011, despite the vehicle’s lack of updates over the years apart from the addition of sporty R-Line trim. To reignite excitement in its mid-size SUV, VW will introduce an updated version for the 2015 model year. The vehicle has now been revealed ahead of its world debut on April 20 at the 2014 Beijing Auto Show.

The 2015 VW Touareg can be identified by its new front and rear designs and by its new color and wheel options. In terms of technology, all 3.0-liter V-6 TDI versions now come equipped with an automatic post-collision braking system (helps prevent a secondary collision in case of an accident), bi-xenon headlights and a coasting function. While coasting, the engine is decoupled from the transmission to help reduce parasitic losses in the drivetrain and maximize efficiency.

Other engine options for the U.S. market remain much the same. There’s still a regular 3.6-liter V-6 and a hybrid that combines a supercharged 3.0-liter V-6 with an electric motor. Outputs remain pegged at 280 horsepower for the gas V-6, 240 hp for the TDI and 380 hp for the hybrid. All models come with an eight-speed automatic and 4MOTION all-wheel drive as standard.

Inside, there are new color options for the leather trim, chrome accents for the dash, and a new rotary knob to control many of the vehicle functions. There is also a host of driver-assistance features either standard or available, such as camera monitoring, lane keep assist, blind spot warning, adaptive cruise control, pre- and post-crash protection systems, and an active headlight function for the high beams. A total of nine airbags are also fitted as standard.

Sales of the 2015 VW Touareg commence this summer. Soon after launch, VW will launch a new R-Line package for the SUV, which will once again offer sporty bumpers, wheels sizes measuring up to 21 inches, and Alcantara and Nappa leather trim in the cabin.

To see what else will be on show at the 2014 Beijing Auto Show, head to our dedicated hub.