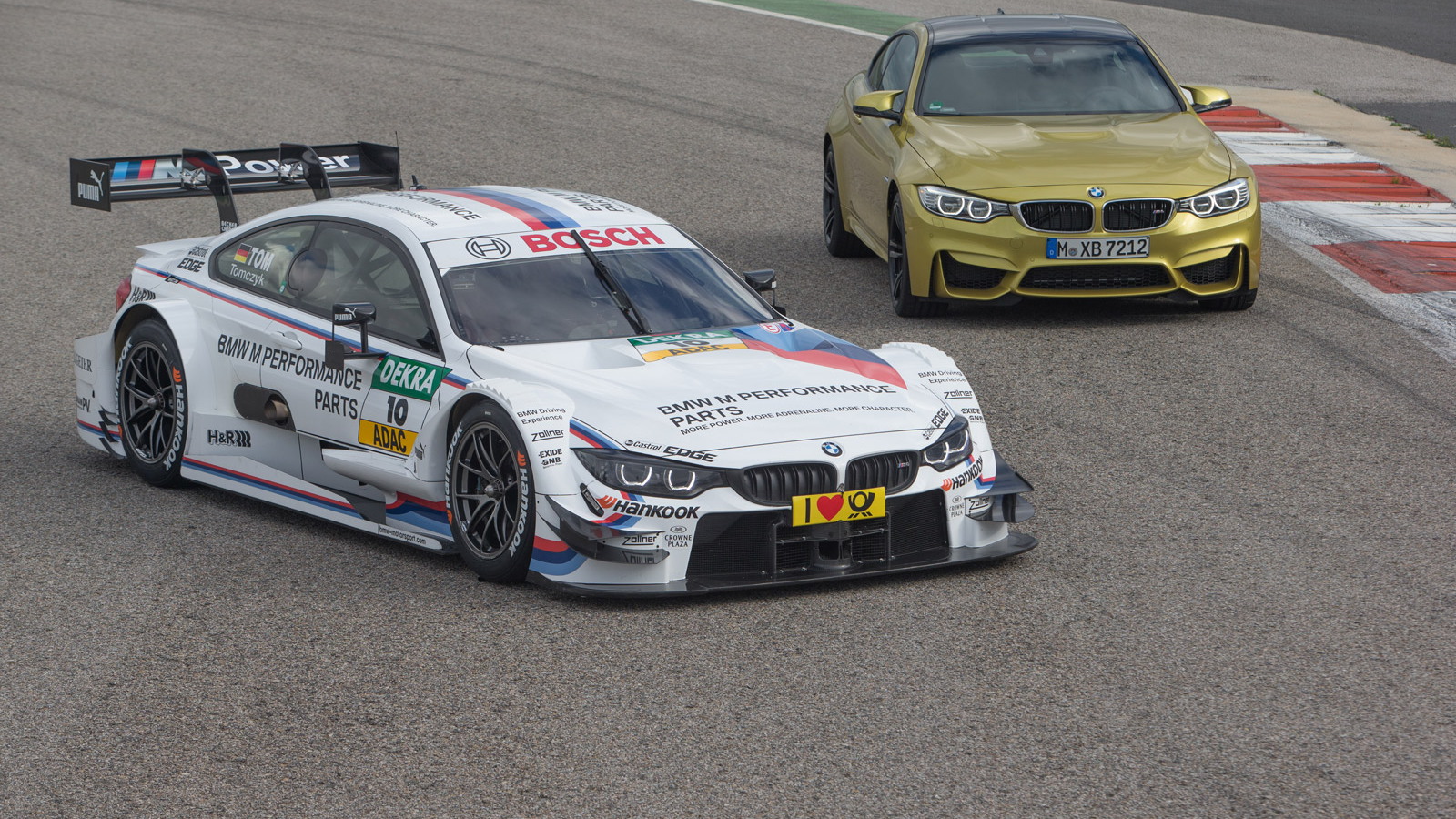 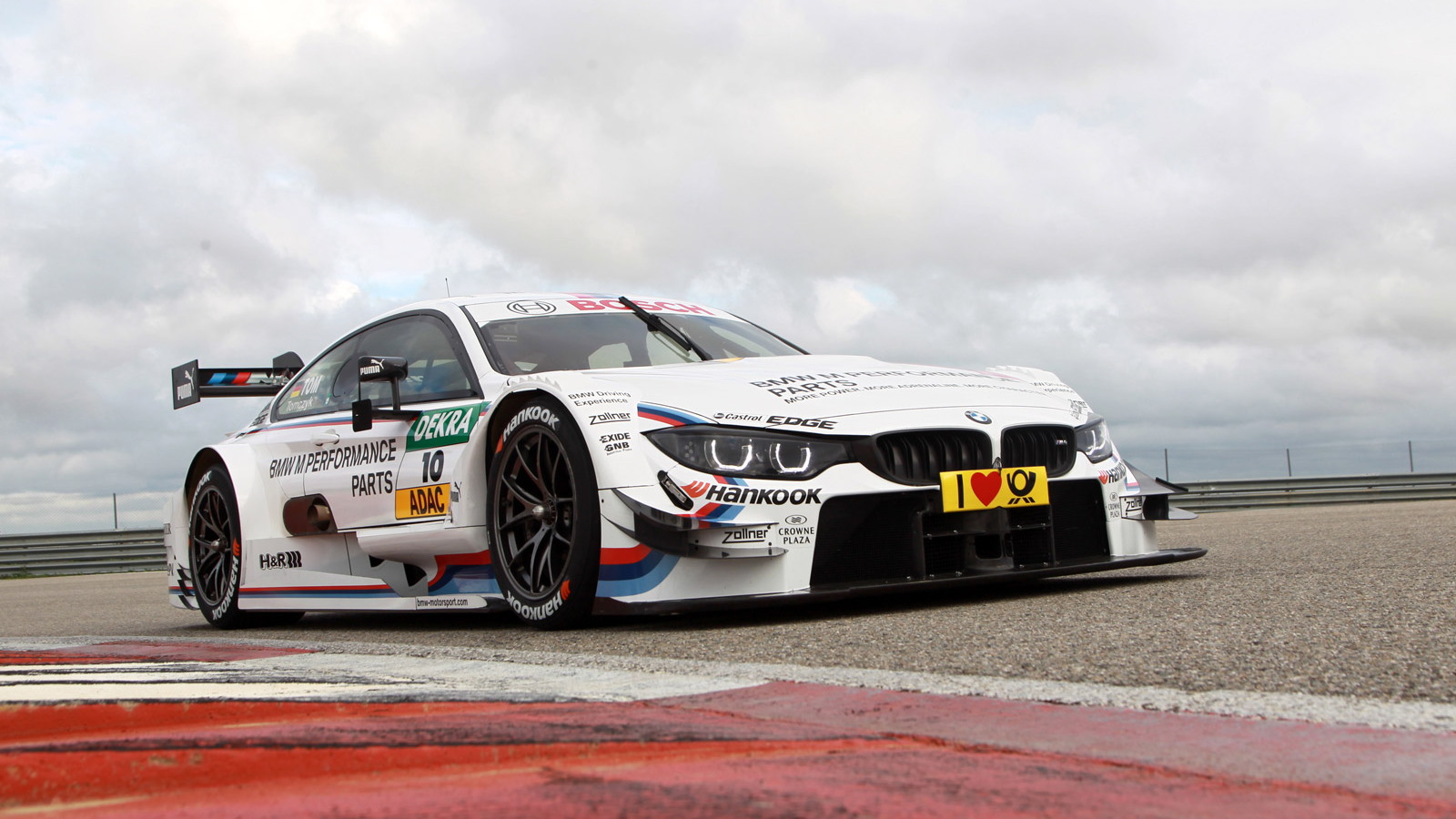 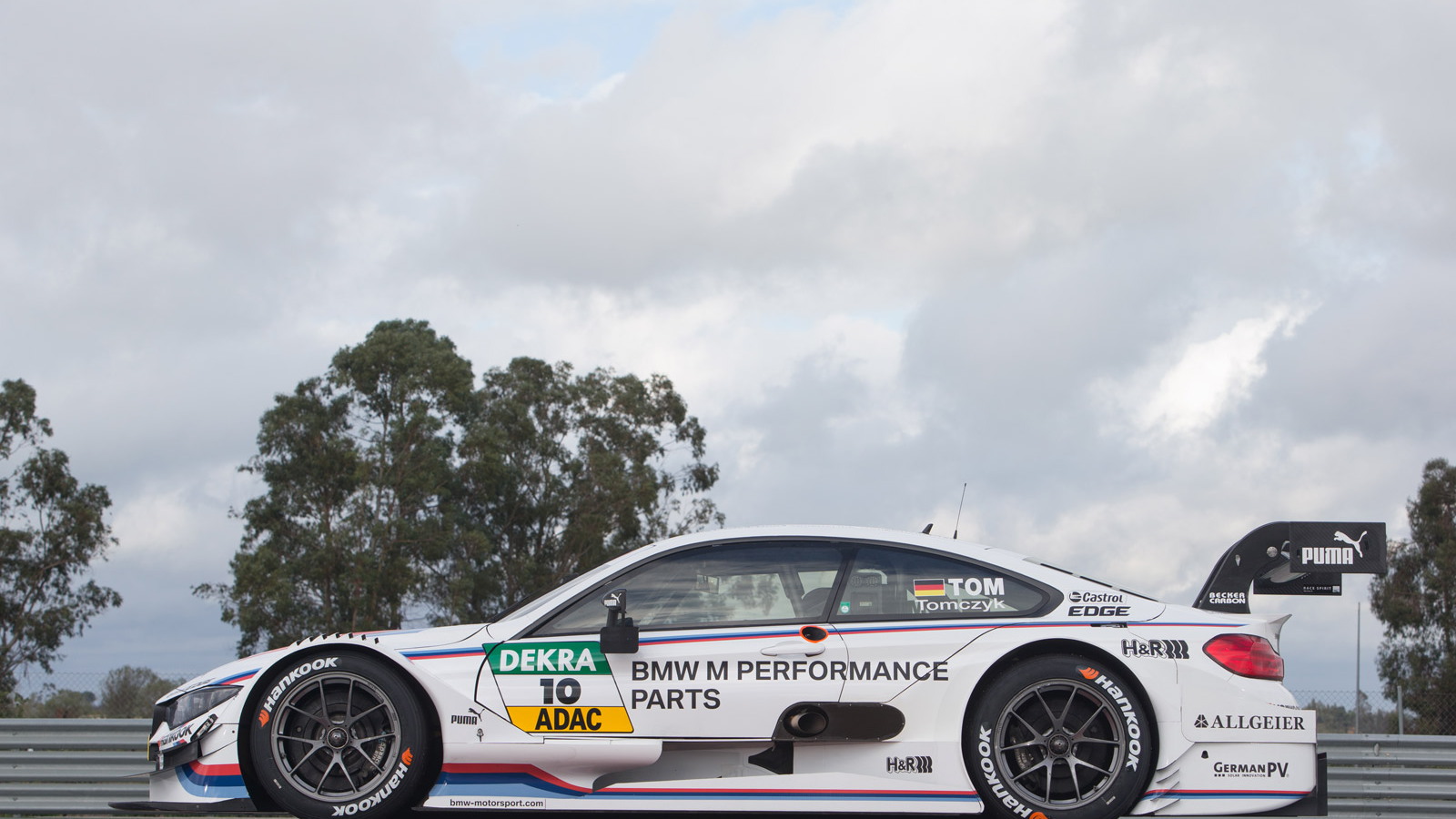 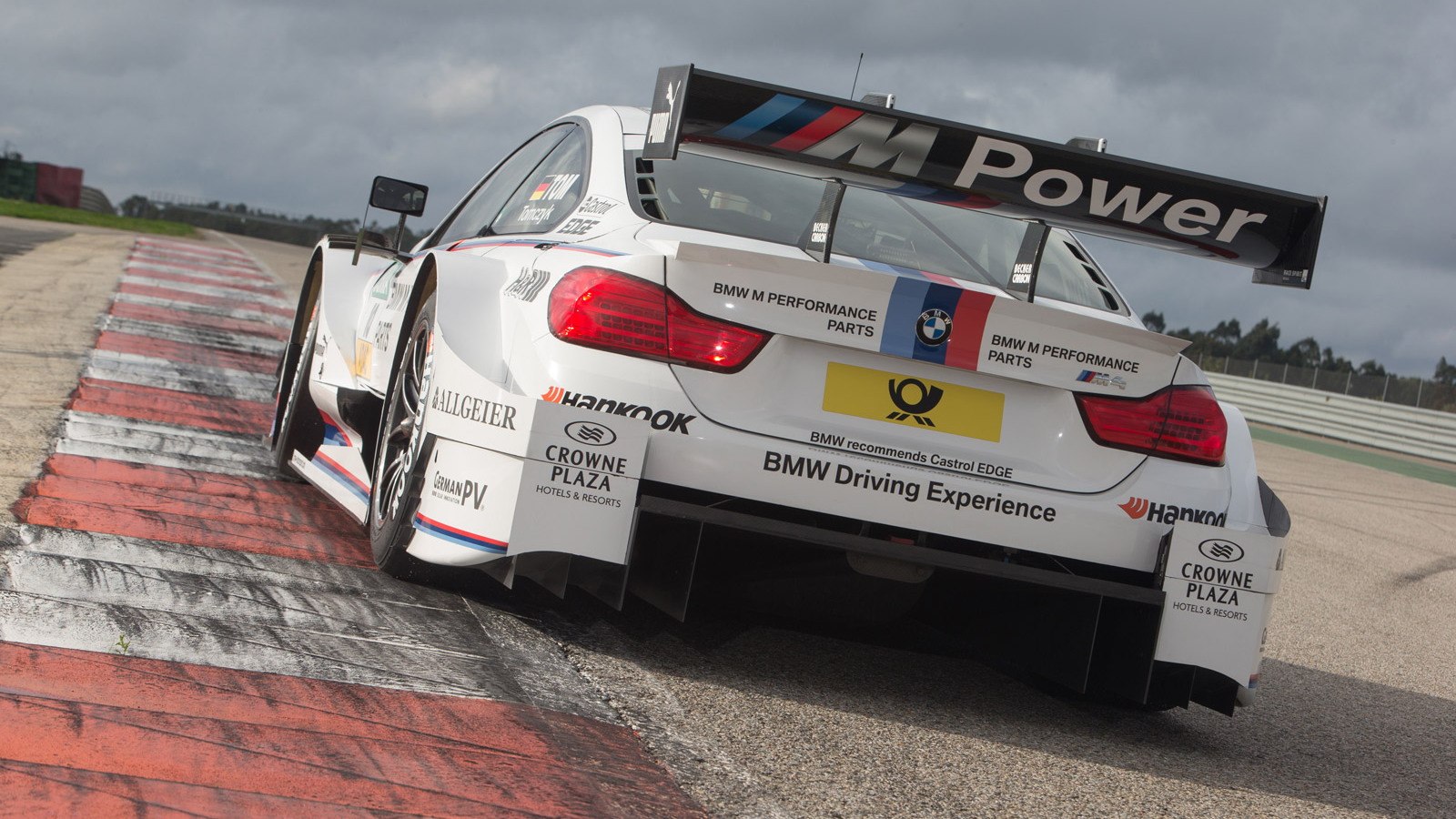 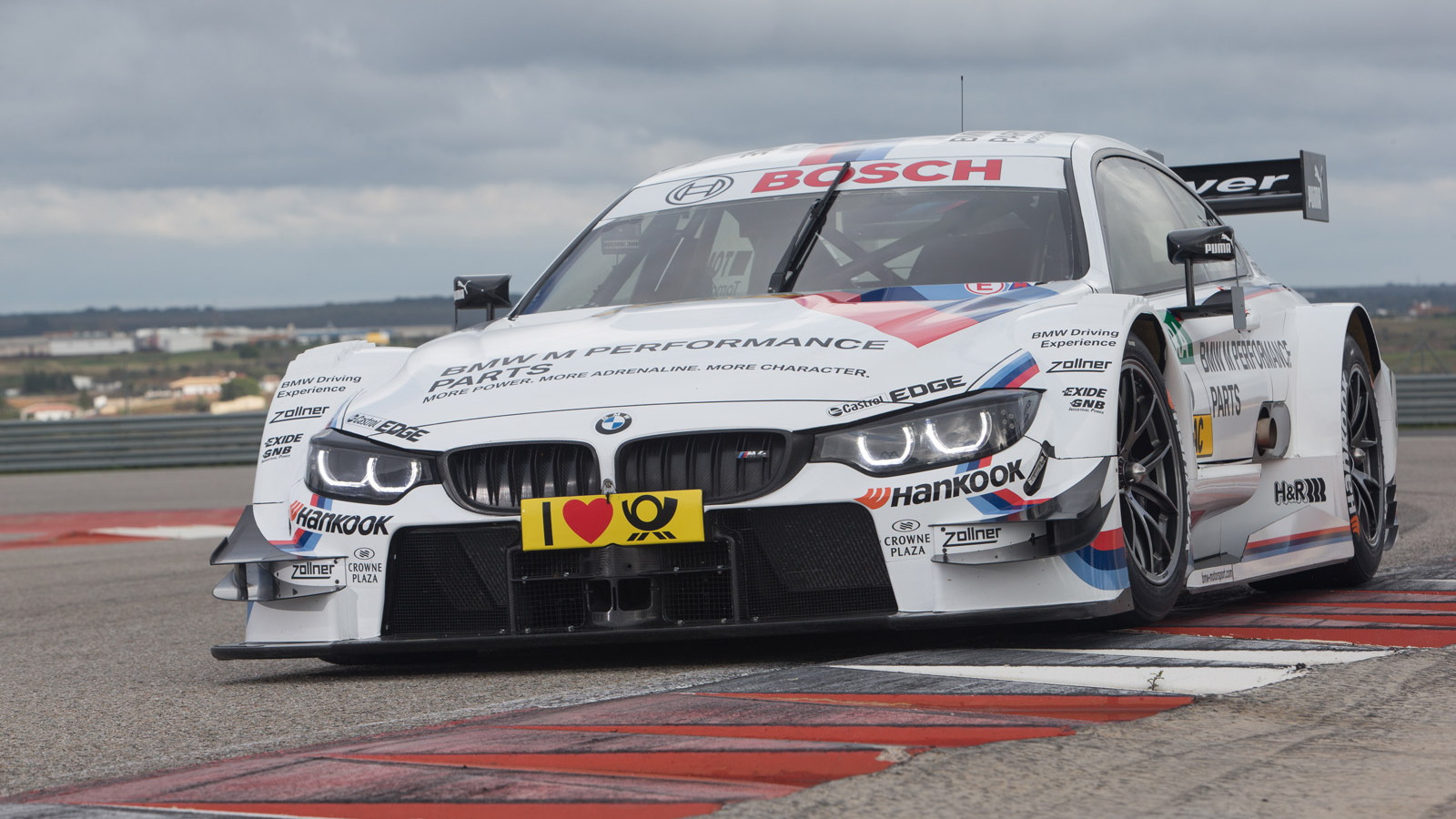 10
photos
The 2015 BMW M4 coupe has spawned a racing version destined to compete in the popular German touring car series DTM, replacing the former M3 Coupe-based car. The rigorous standardization of components in DTM means the new M4 race car has little in common with a stock M4, but the respective styling of each makes the link clear and should help the road car in its own sales race.

MUST SEE: Lamborghini Gallardo Bursts Into Flames At 200 MPH: Video

Unlike the stock M4, the M4 DTM racer sticks with a naturally aspirated V-8. It’s a 4.0-liter, 90-degree unit with four valves per cylinder and peak output of 480 horsepower and 368 pound-feet. As with all M cars, drive goes to the rear wheels only, in this case via a six-speed sequential gearbox operated with pneumatic shift paddles mounted on the steering wheel.

The first race of the 2014 DTM season doesn't get underway until May 4, but you can see the new M4 DTM on the track in this promo video from BMW. The German automaker will be fielding four teams this season and top drivers Bruno Spengler, Martin Tomczyk and Augusto Farfus are all set to return. They will be keen to reclaim both the Constructors’ and Drivers’ titles this season, which last year went to Audi and its top driver Mike Rockenfeller.