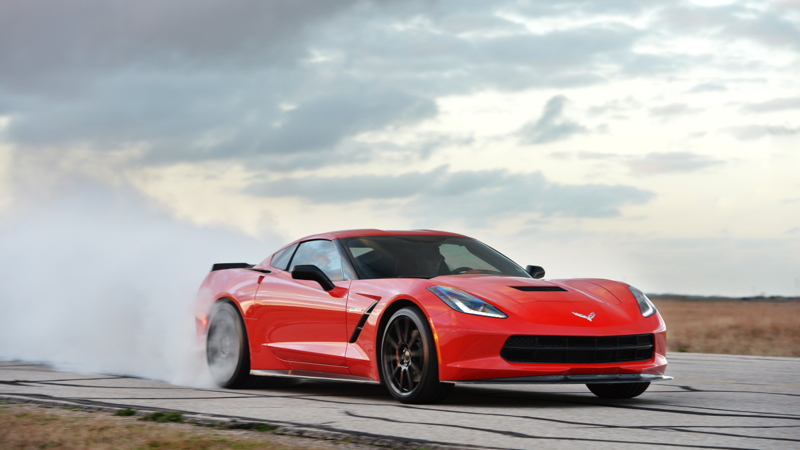 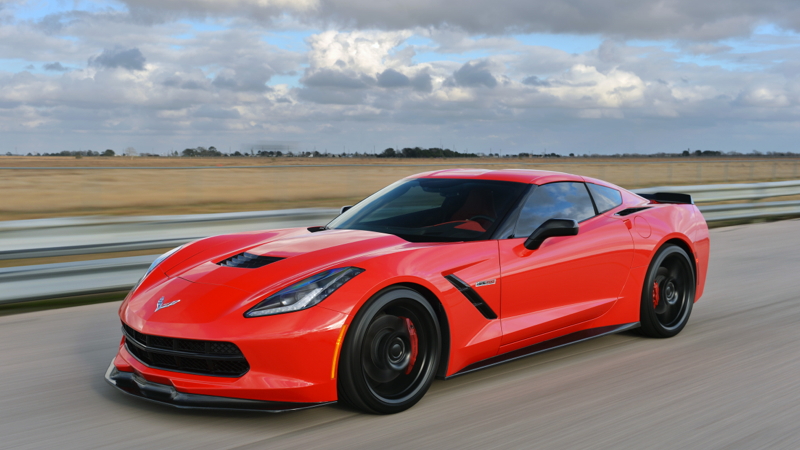 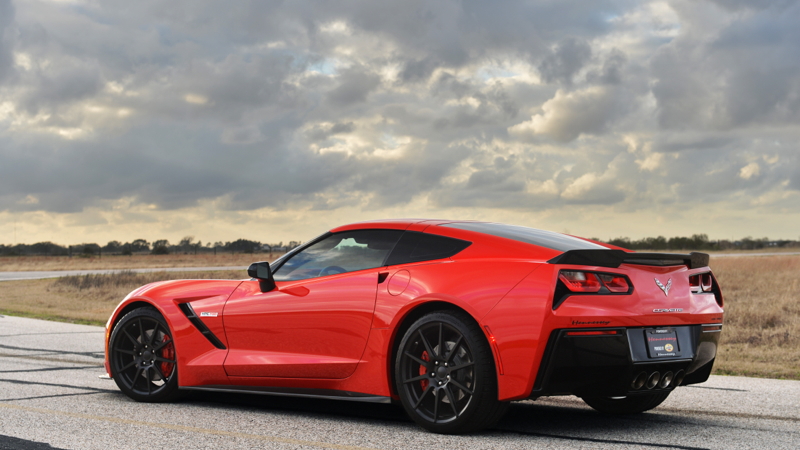 With the twin-turbocharged HPE700, Hennessey says it's turned "America's sports car" into America's supercar. Looking at the specifications, it's hard to argue with that claim.

The 6.2-liter LT1 V-8 is aided by the aforementioned pair of turbines (a supercharged version is also available), plus an upgraded fuel system, re-tuned ECU, and other modifications. The result is 708 horsepower and 661 pound-feet of torque, besting even the new Corvette Z06.

That monster motor is available with both of the stock Corvette Stingray's transmissions: a seven-speed manual or a six-speed automatic. With the optional 20-inch drag radial tires, Hennessey says the HPE700 will do 0 to 60 mph in a very supercar-like 2.9 seconds, and cover the quarter mile in 10.5 seconds at 135.4 mph. It's also pretty darn good at doing burnouts.

A less-powerful HPE600 has already been clocked at 200.6 mph on a stretch of Texas toll road, but Hennessey hasn't had a chance to take the HPE700 to terminal velocity yet. The company estimates that it will exceed 210 mph.

To keep the car from taking off at those speeds, Hennessey equips the HPE700 with a carbon fiber front spoiler, rear-lip spoiler, and side sills to provide extra downforce. They also help improve the Corvette Stingray's already-fantastic looks.

All of that performance comes with a price tag of $120,000, including the cost of a Corvette Stingray Z51 with the 3LT option group. However, if a 700 hp C7 Corvette seems too conservative, Hennessey has other Stingray upgrade options.