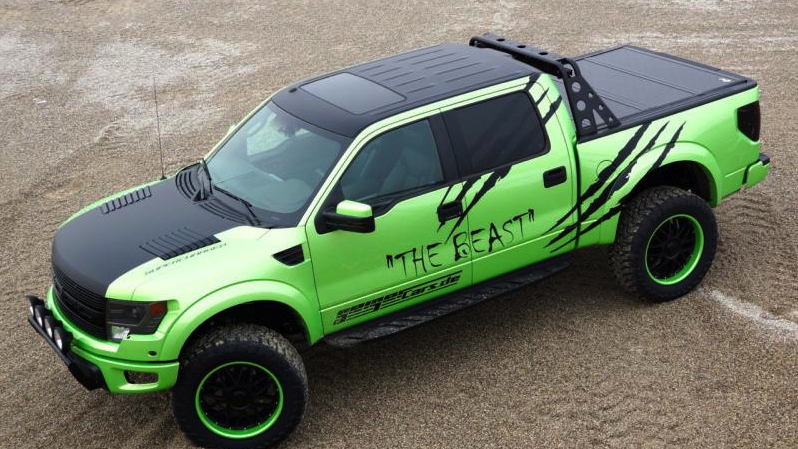 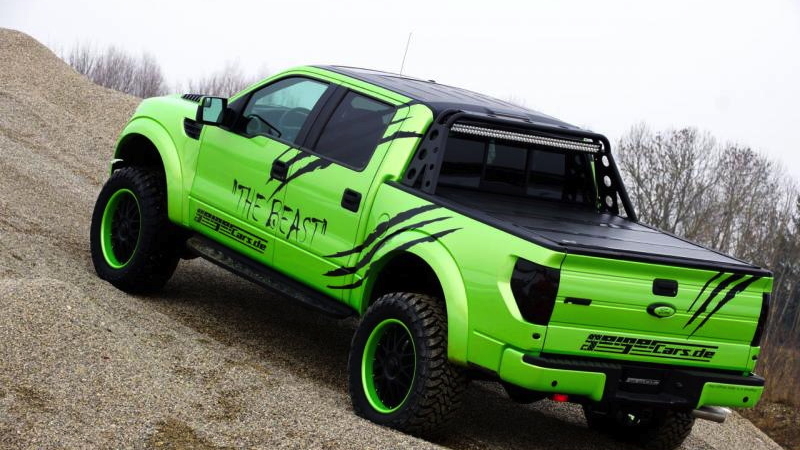 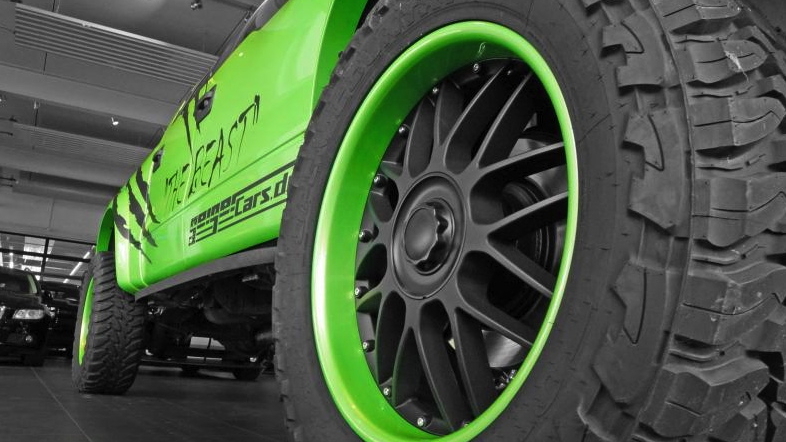 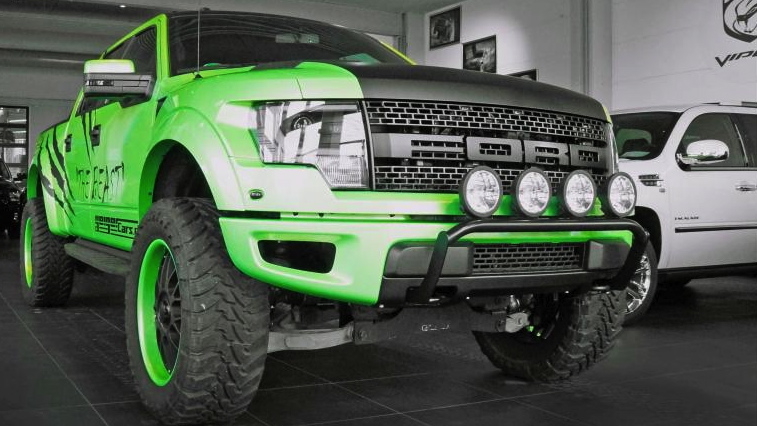 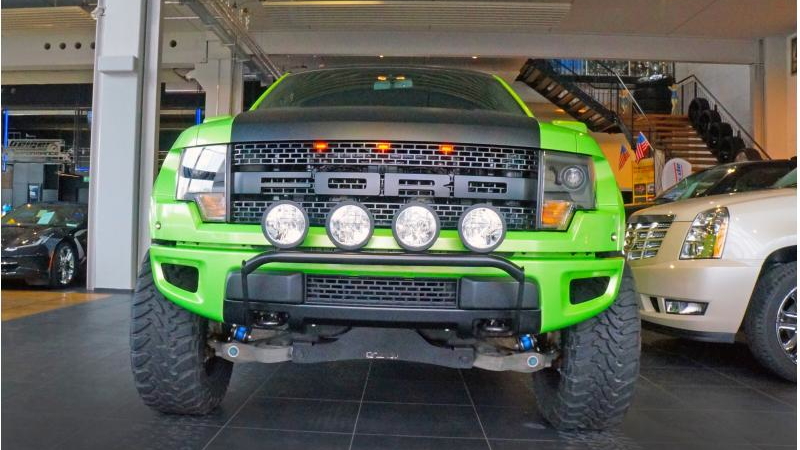 6
photos
With its ability to traverse harsh terrain at seemingly physics-defying speeds, the Ford F-150 SVT Raptor is quite a beast. Yet German tuner Geiger Cars found some room for improvement.

The modified truck known as "The Beast" looks like a prehistoric monster. It's covered in retina-searing green paint, contrasting black accenting and graphics. A push bar and roll bar add to the intimidation factor, and Geiger has made provisions for extra lighting to complete the off-road look.

That means The Beast should have enough performance to live up to its name--and its anabolic styling--but that doesn't come cheap. Geiger will convert a stock Raptor into a Beast for 99,500 euros, or around $136,335, including the cost of the truck itself.

Geiger specializes in tuning high-performance American cars, and has unveiled many crazy creations over the years, including an 890-hp, twin-turbocharged version of the C6 Chevrolet Corvette Z06, and a 569-hp Dodge Challenger SRT8. Many of these cars are painted bright green.