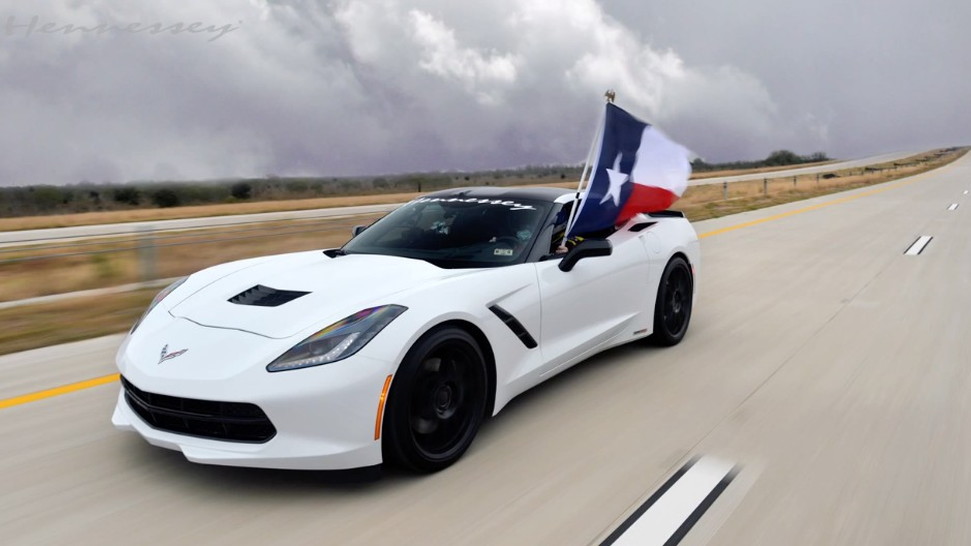 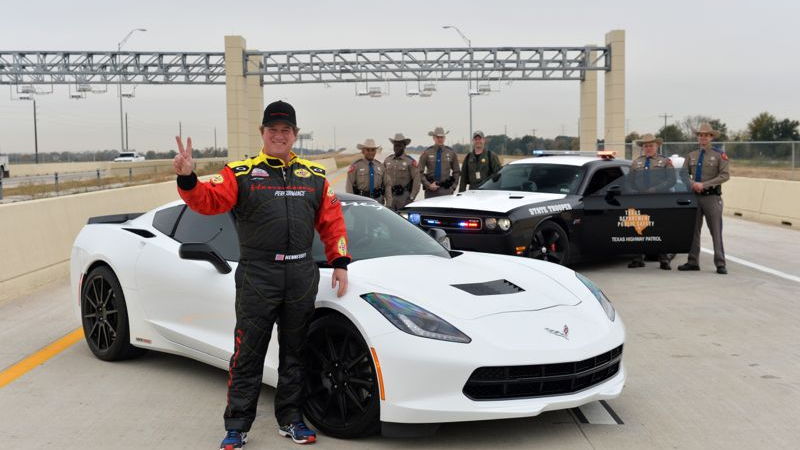 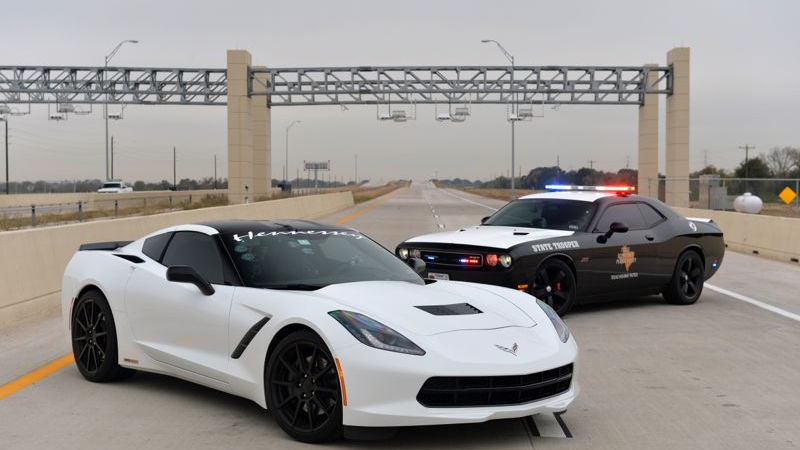 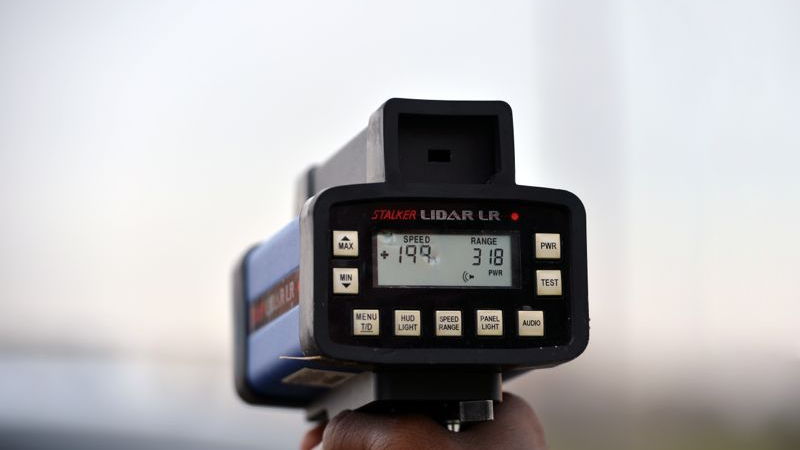 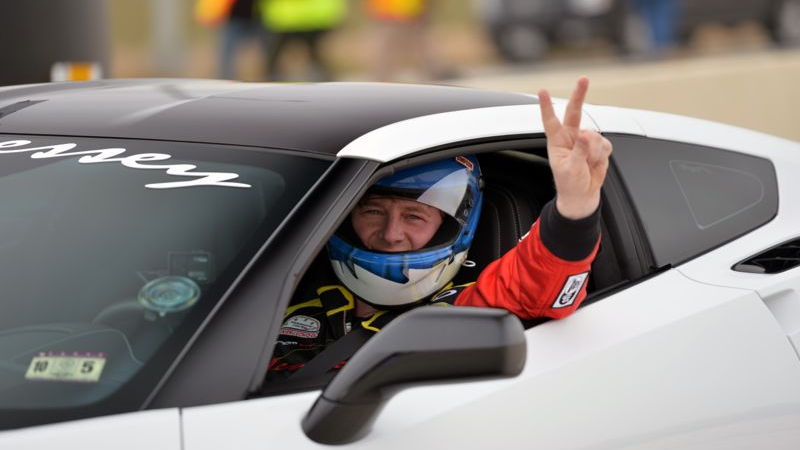 The toll road speed
Is fast indeed
Deep in the heart... of Texas

You would think that John Hennessey and the local police would have a relationship that borders on tense. After all, Hennessey Performance Engineering produces vehicles that are capable of breaking every speed limit on the planet. All is not as it seems, however, as the police recently shut down a new stretch of Texas toll road in order to let John stretch the legs of his new HPE600 Corvette, and also to test out the states RFID-based toll system.

The Hennessey team have only performed light modifications to this 2014 Chevrolet Corvette. The HPE600 package is essentially a light tune, and this specific car has a bit of nitrous as well. What does that mean for the cars trap speed? According to the RaceLogic box mounted inside, John Hennessey runs the car up to 200.6 miles per hour. We'd pay a hefty toll fee if the Texas authorities would grant us the same privilege because the road itself made the run seem super smooth.

That's not to say it wasn't daring. Hennessey keeps the nitrous button firmly pressed as he rises over a last crest. A flock of birds scatter in front of his windshield and he presses onward to the vaunted 200 mile per hour mark. It takes guts, and it takes a capable car... and John had both.

Stick around all the way to the end of the clip, too. Did you notice that oh-so-sweet police Challenger? There's a shot of the Corvette blasting past from inside of the cop car, and the radar is on.