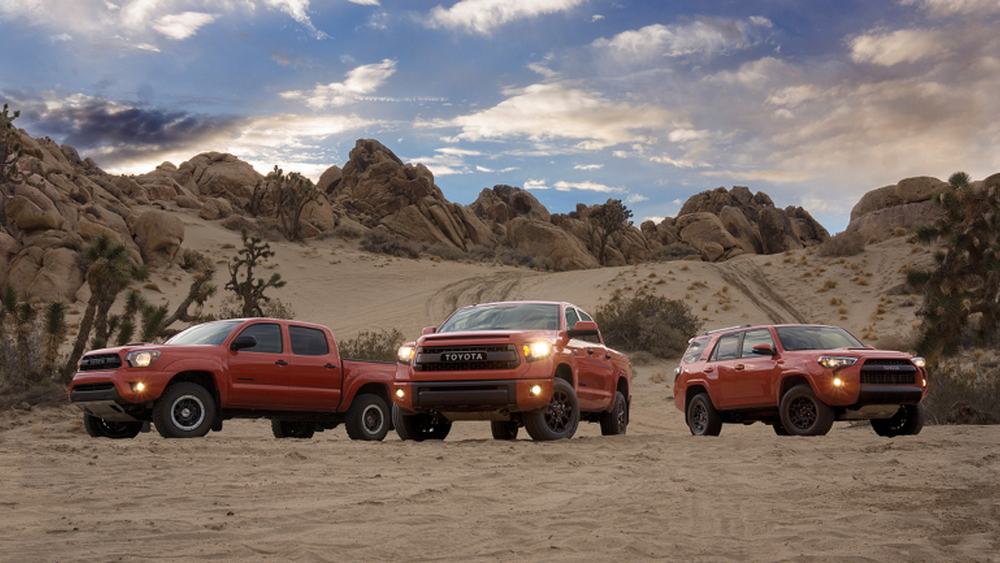 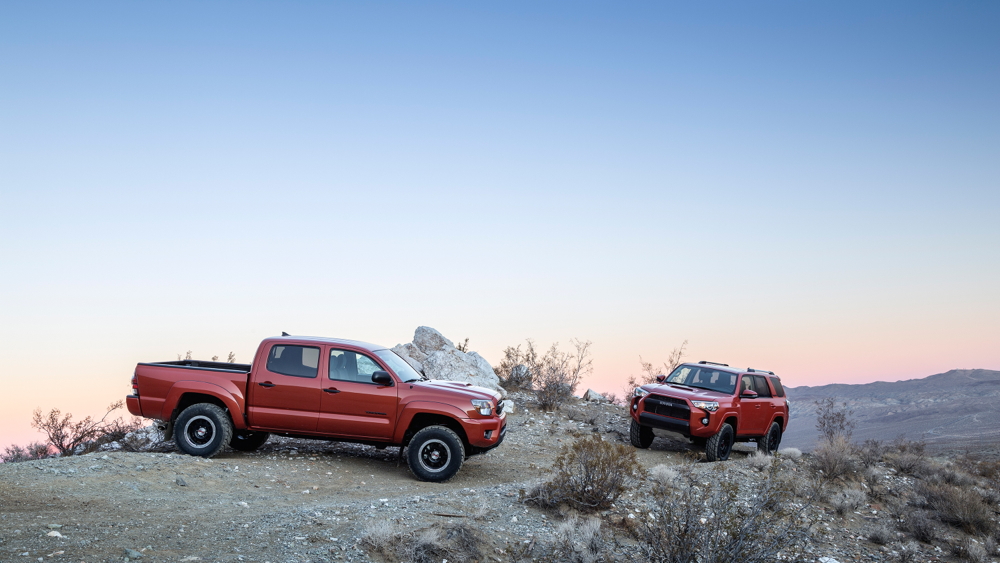 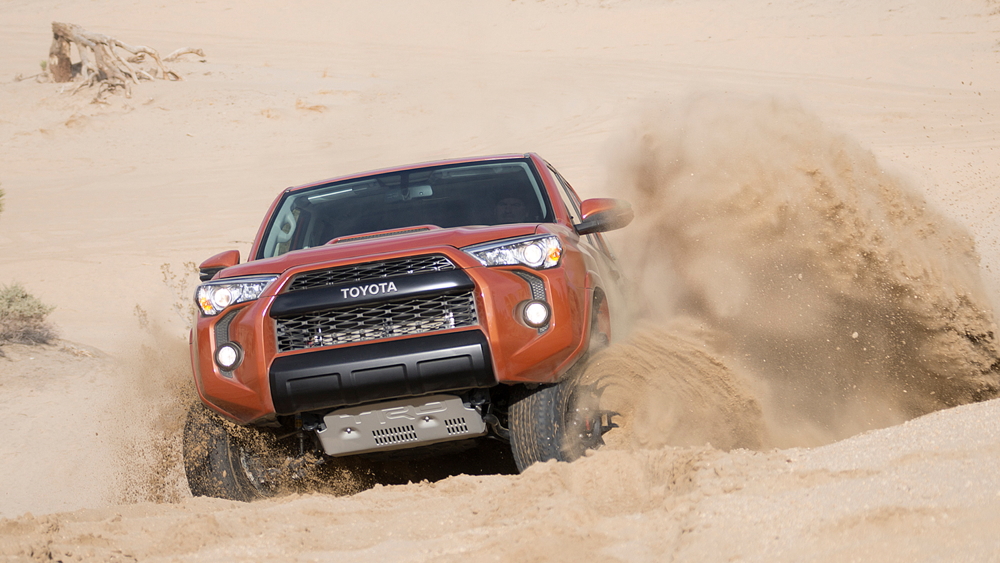 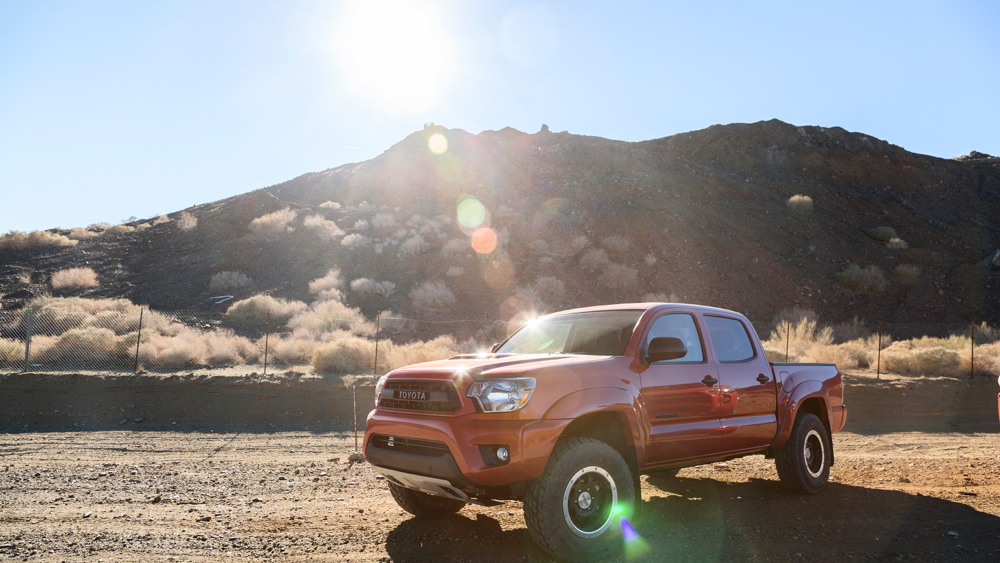 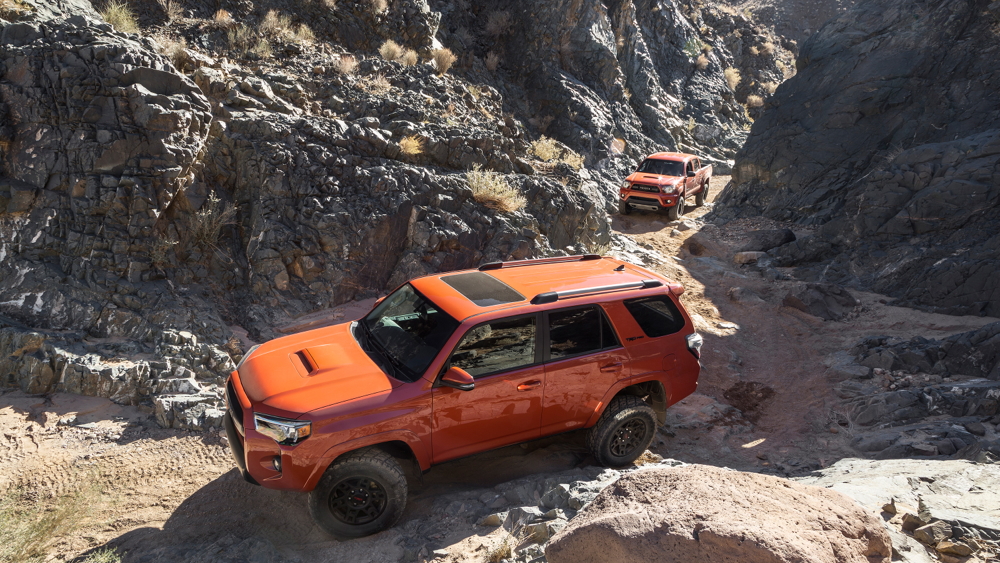 The continuing success of the Ford F-150 SVT Raptor and the Jeep Wrangler prove that vehicles with serious off-road capability still have a place in this world of amorphous car-based crossovers.

Toyota decided to get in on the action with a line of off-road models launched at the 2014 Chicago Auto Show. The TRD Pro Series vehicles are versions of the Tacoma and Tundra pickups and 4Runner SUV with a little extra attitude.

MUST SEE: Eight-Wheeled Cadillac Eldorado With Hot Tub, Barbecue Up For Auction

Toyota says the Pro Series were inspired by its storied past as an off-road racing powerhouse. The Japanese automaker does have many Baja 500 and 1000 victories to its credit, but for the past few years it's been content slapping TRD (which stands for Toyota Racing Development, by the way) stickers on trucks with no real sporting credentials.

The Pro Series models at least look the part with their retro grilles, blacked-out wheels, and "Inferno" paint (black and white colors are also available).

Each Pro Series truck gets Bilstein remote-reservoir shocks, TRD-tuned springs, and a front skidplate. Beyond that, the individual get their own wheel-and-tire combinations, and unique suspension setups.

Overall, the Pro Series treatment is an option package for existing models; it doesn't turn a Tundra into a Raptor or Ram Runner fighter. Still, it might be a good option for the off-road enthusiast who thinks a Wrangler is too impractical.

The Toyota TRD Pro-Series models go on sale this fall. Pricing will be announced closer to the on-sale date.