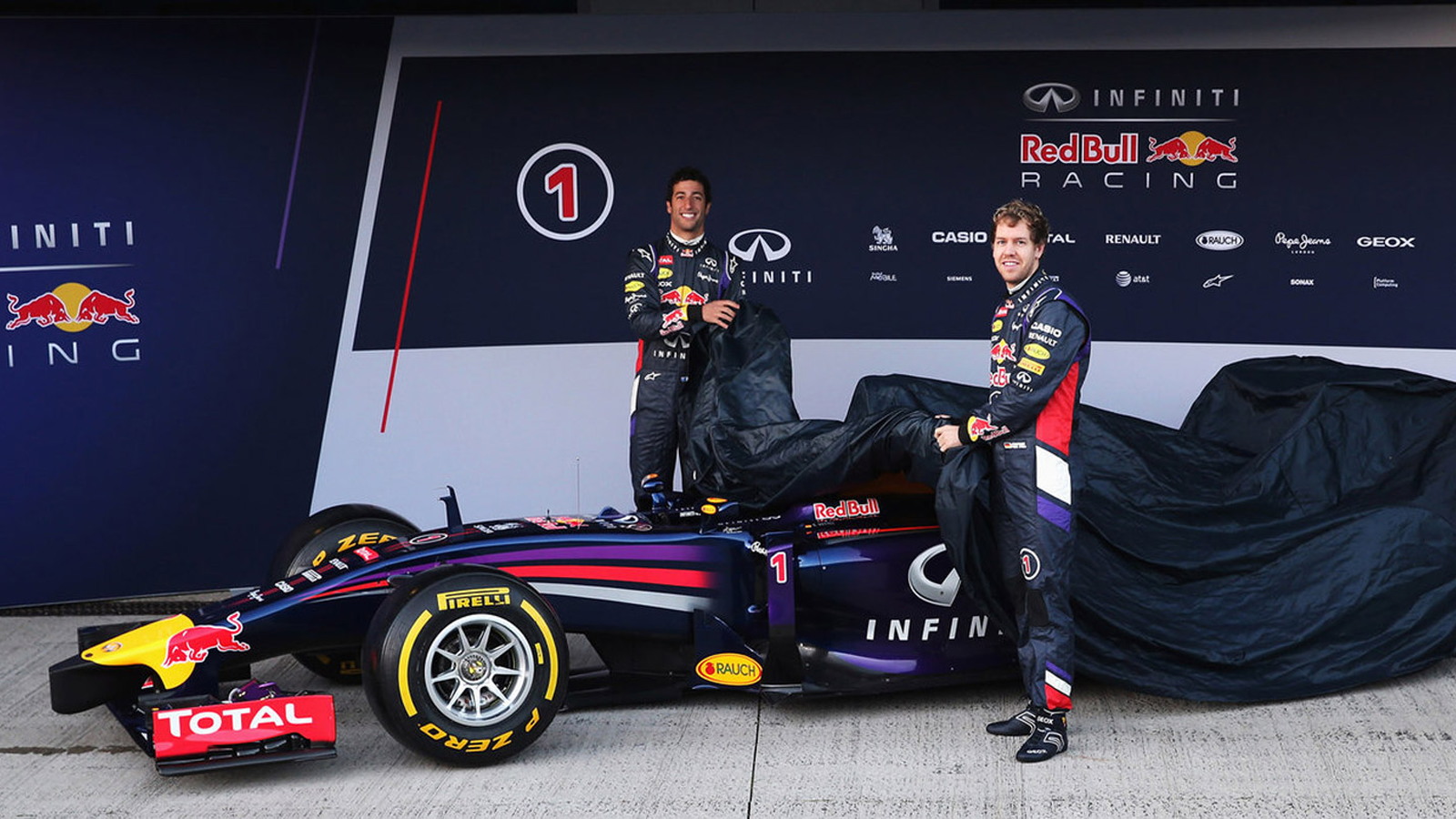 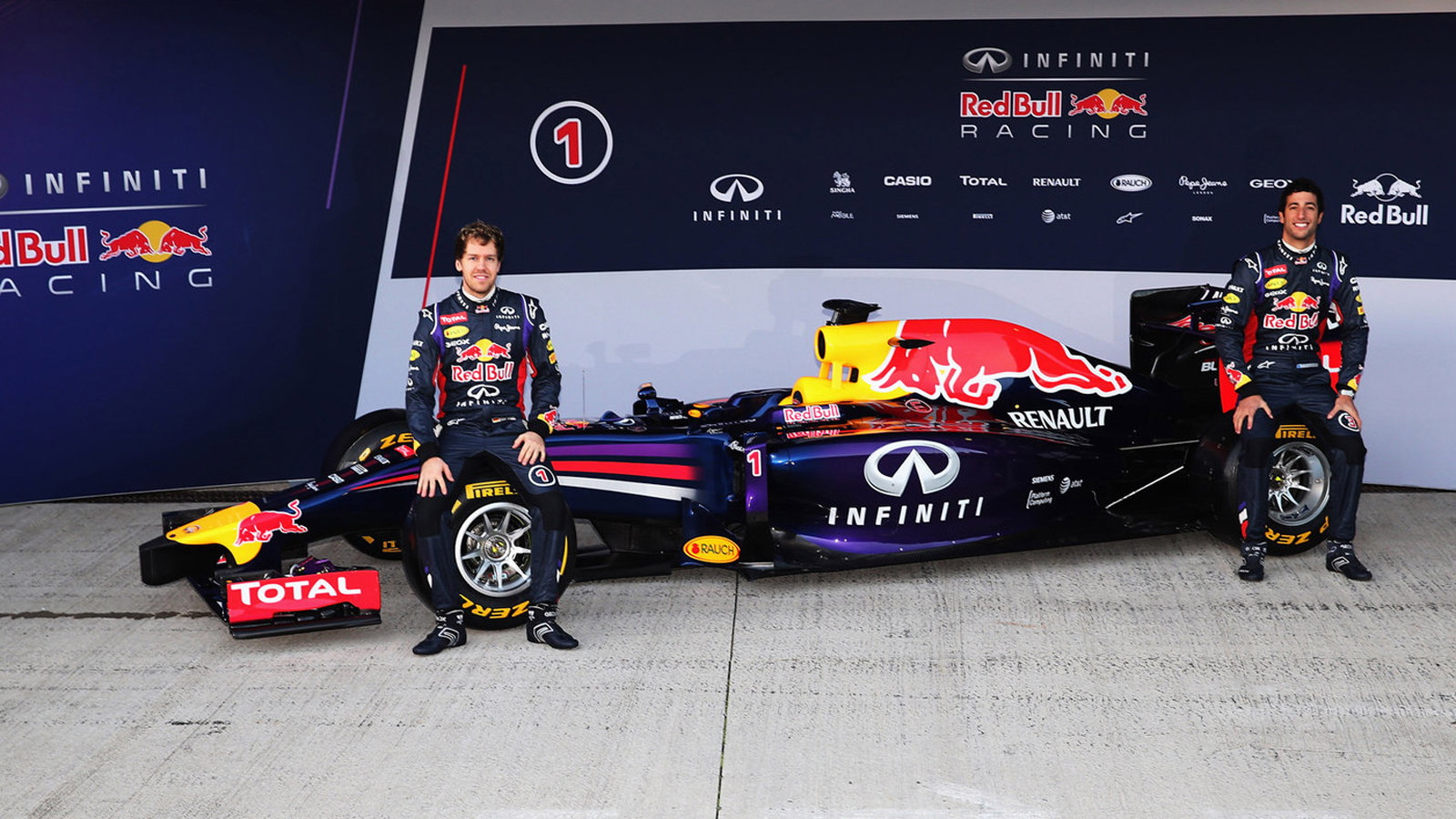 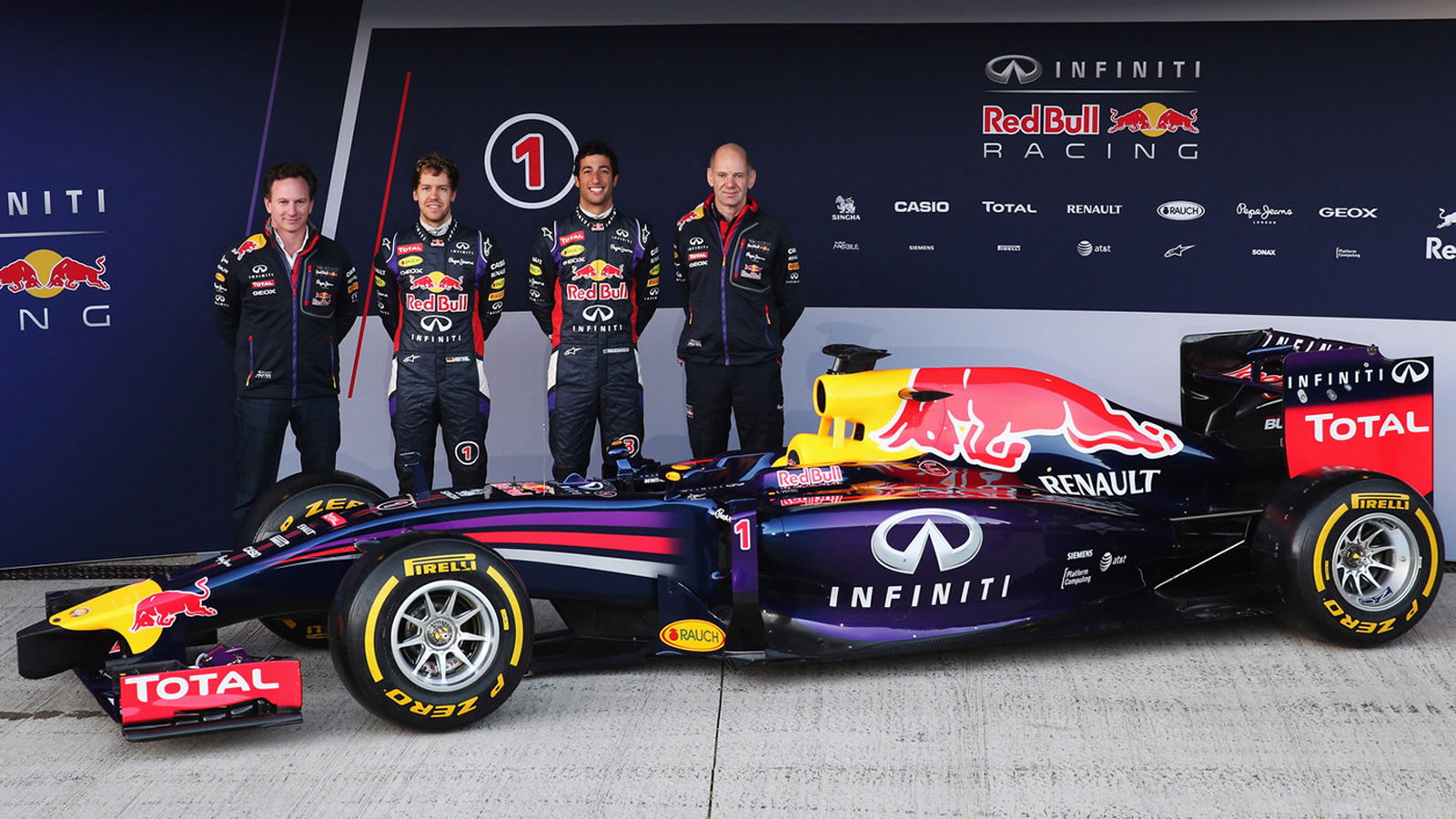 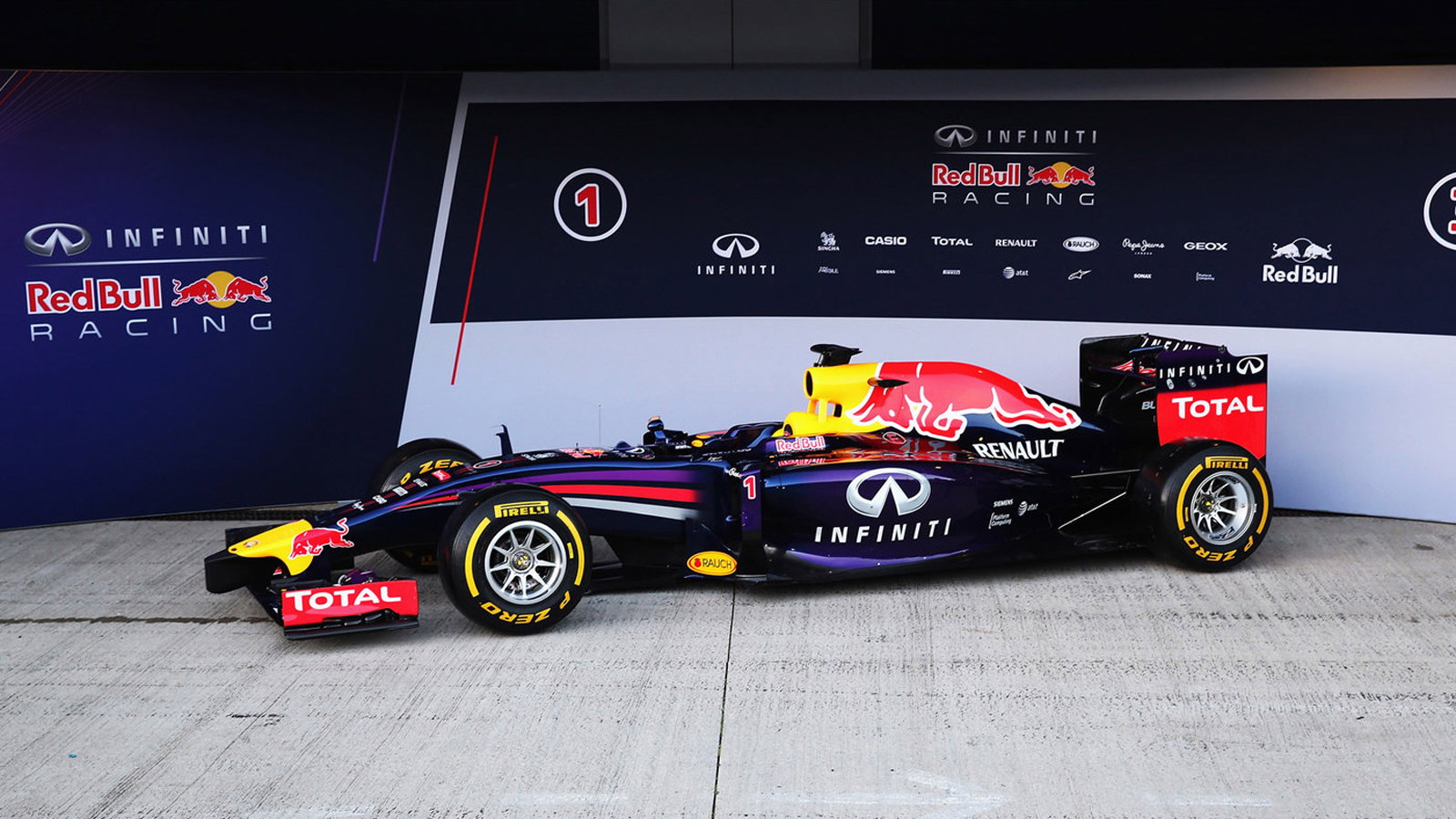 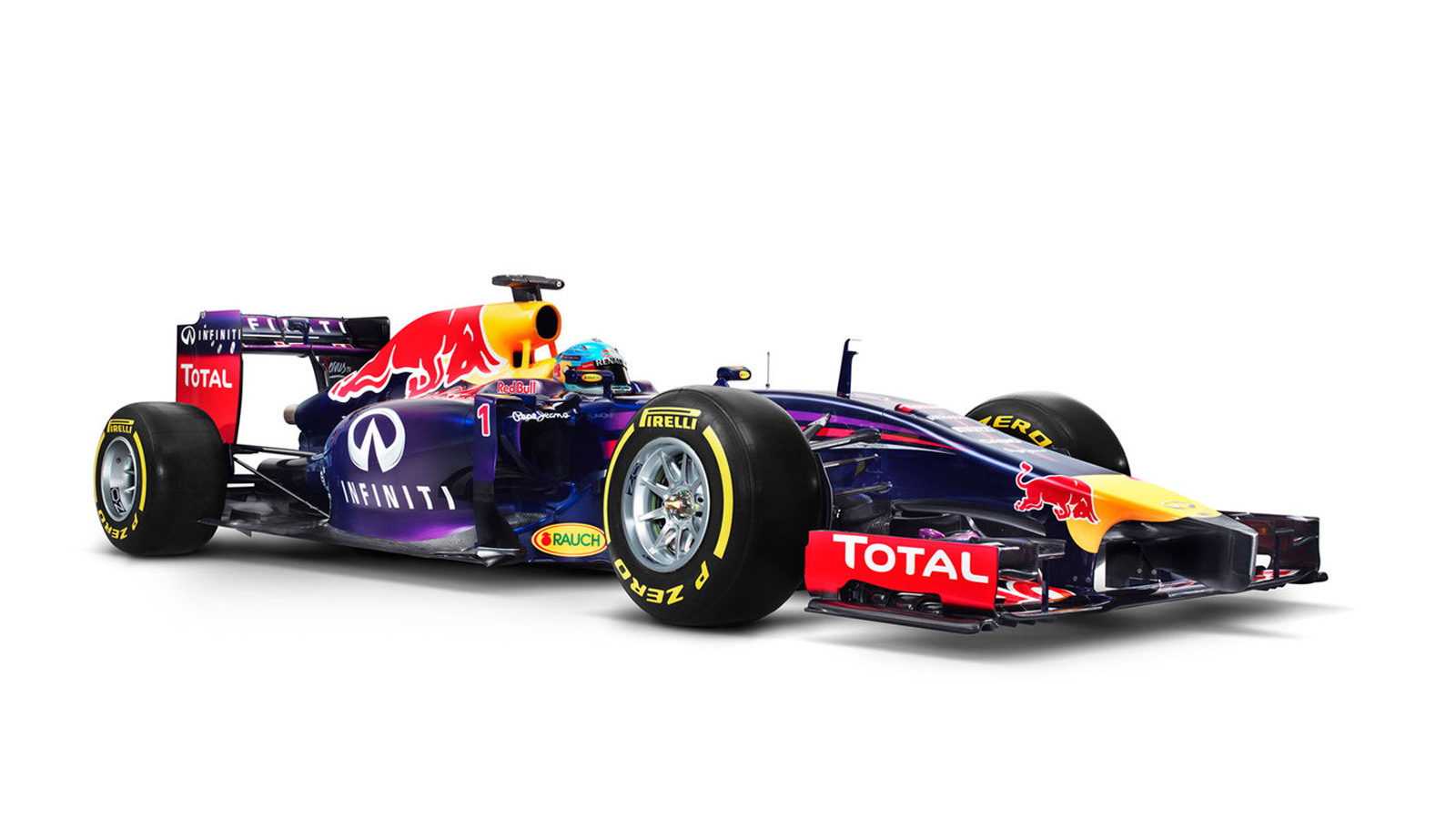 7
photos
Infiniti Red Bull Racing, the last of the top teams to reveal its new race car for the 2014 Formula One World Championship, has finally pulled off the covers. The car is the RB10, aptly named since it’s Red Bull’s 10th season in F1, and it's the one Sebastian Vettel will be hoping to win his fifth title in. Joining him will be former Toro Rosso driver Daniel Ricciardo, who replaces his Australian compatriot Mark Webber this season.

In line with the new aerodynamic regulations, the RB10 sports a nose design not seen on previous cars from Red Bull. It’s also very different to any design we’ve seen from other teams. Other standout elements of the RB10 include the new side pods and multi-tiered front wings.

Peak output of about 750 horsepower will come once again from a Renault power unit, which like competitor designs features a turbocharged 1.6-liter V-6 engine paired with an Energy Recovery System. The ERS provides an electric boost to the engine and consists of not one but two electric motor-generators: one either helping drive the car or topping up the batteries, and the second either helping spool up the turbo or also topping up the batteries.

Red Bull remains based in Milton Keynes, England and is run by Christian Horner who serves as team principal. Chief technical officer is Adrian Newey.