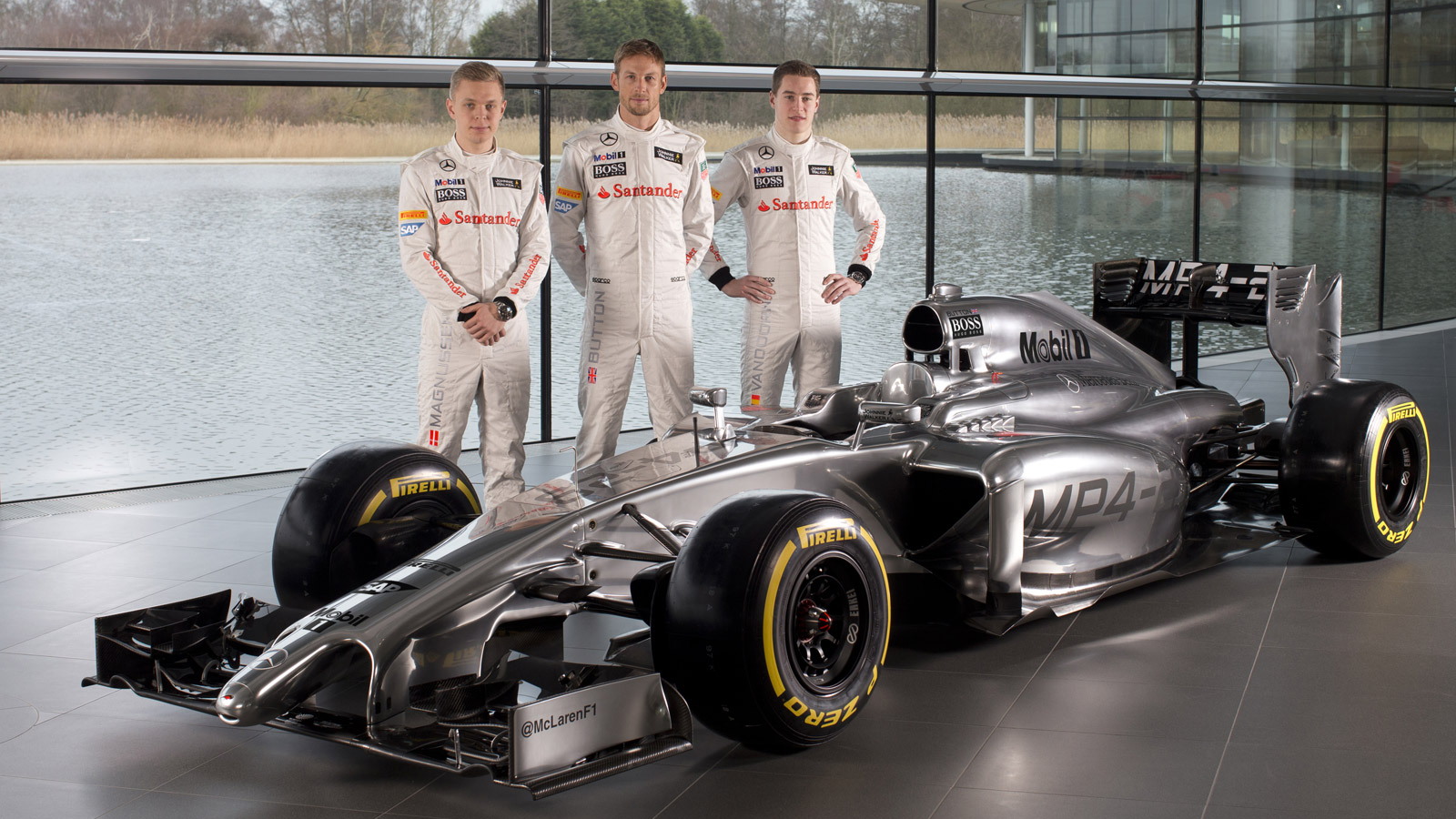 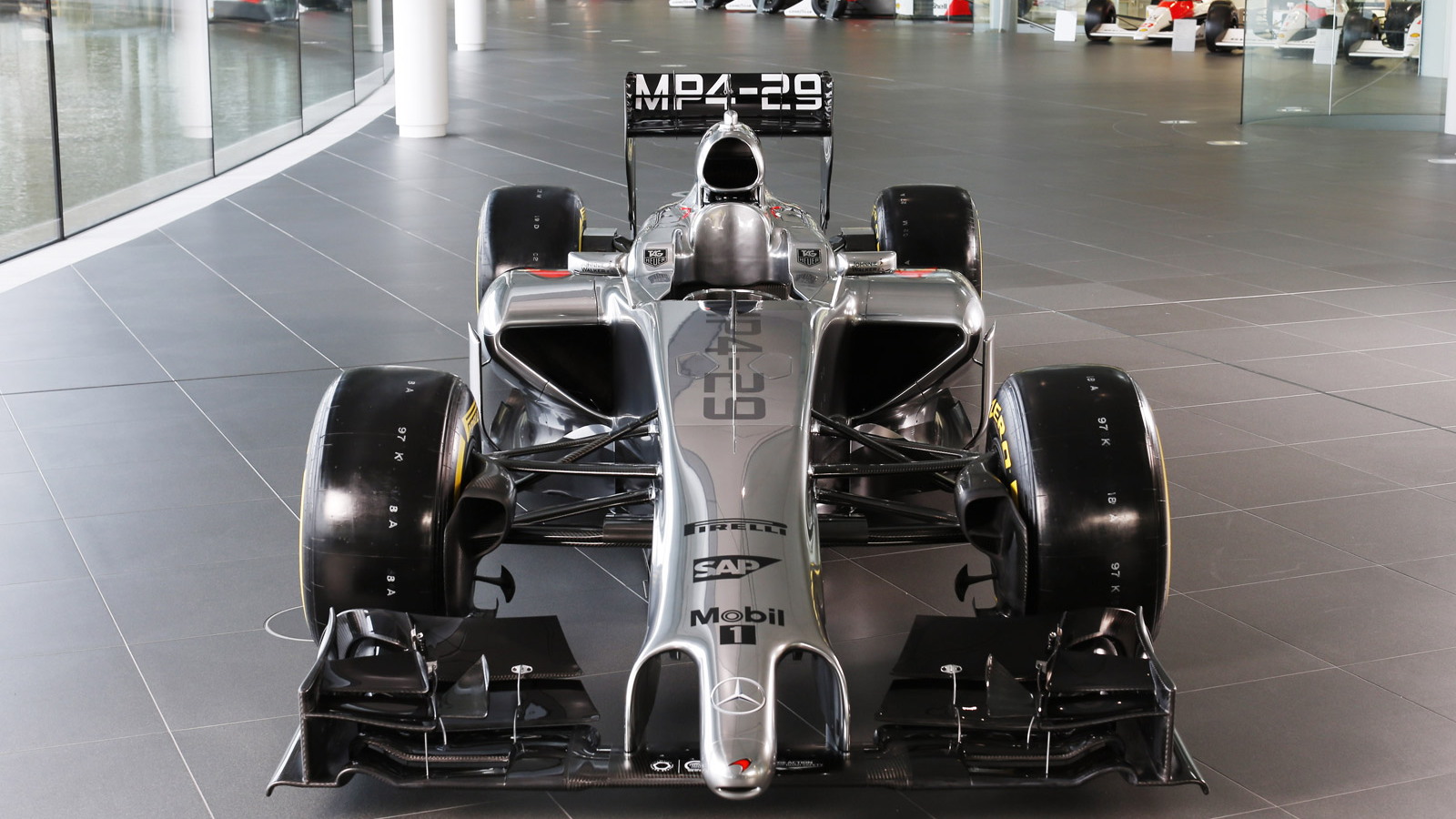 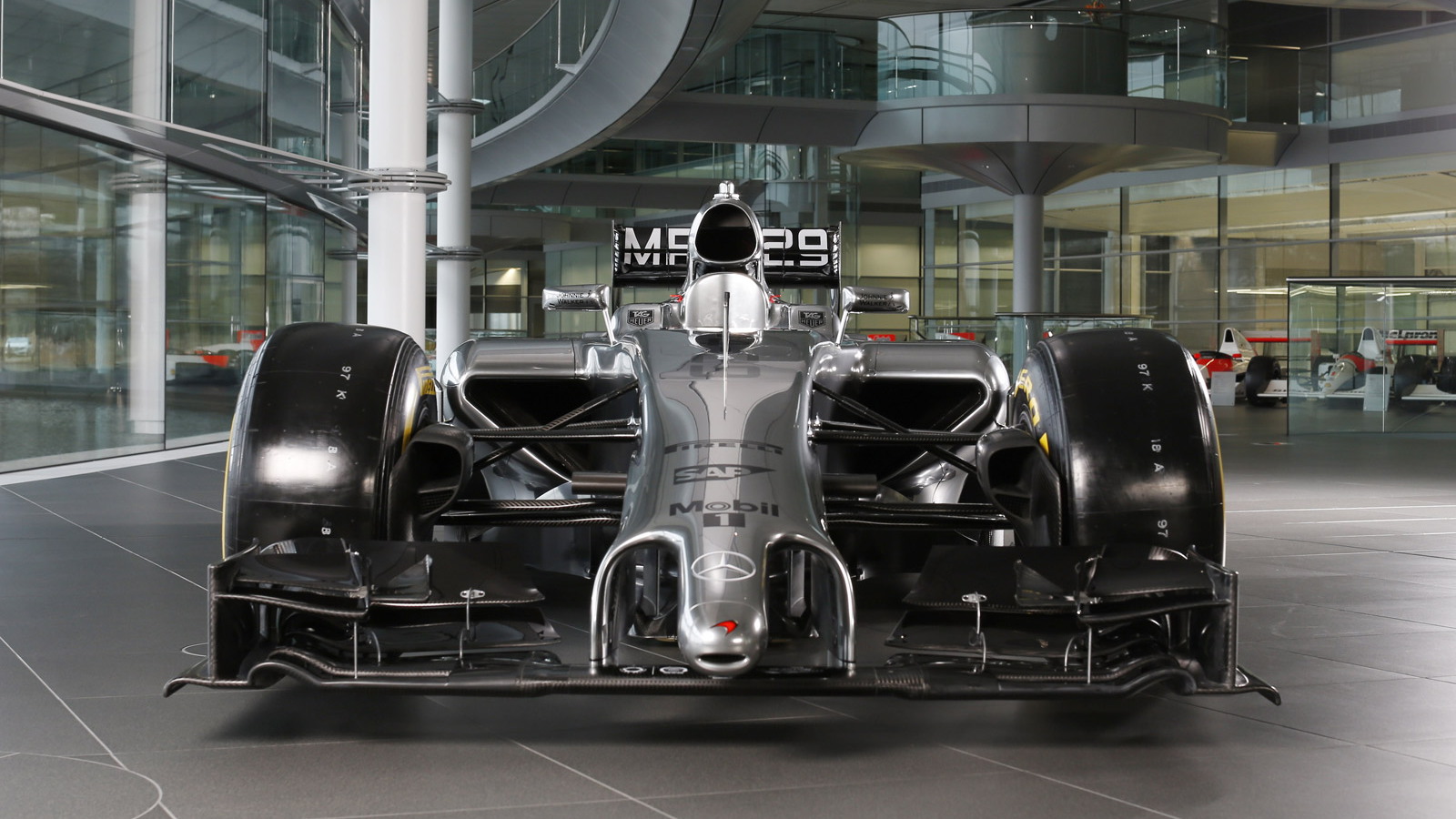 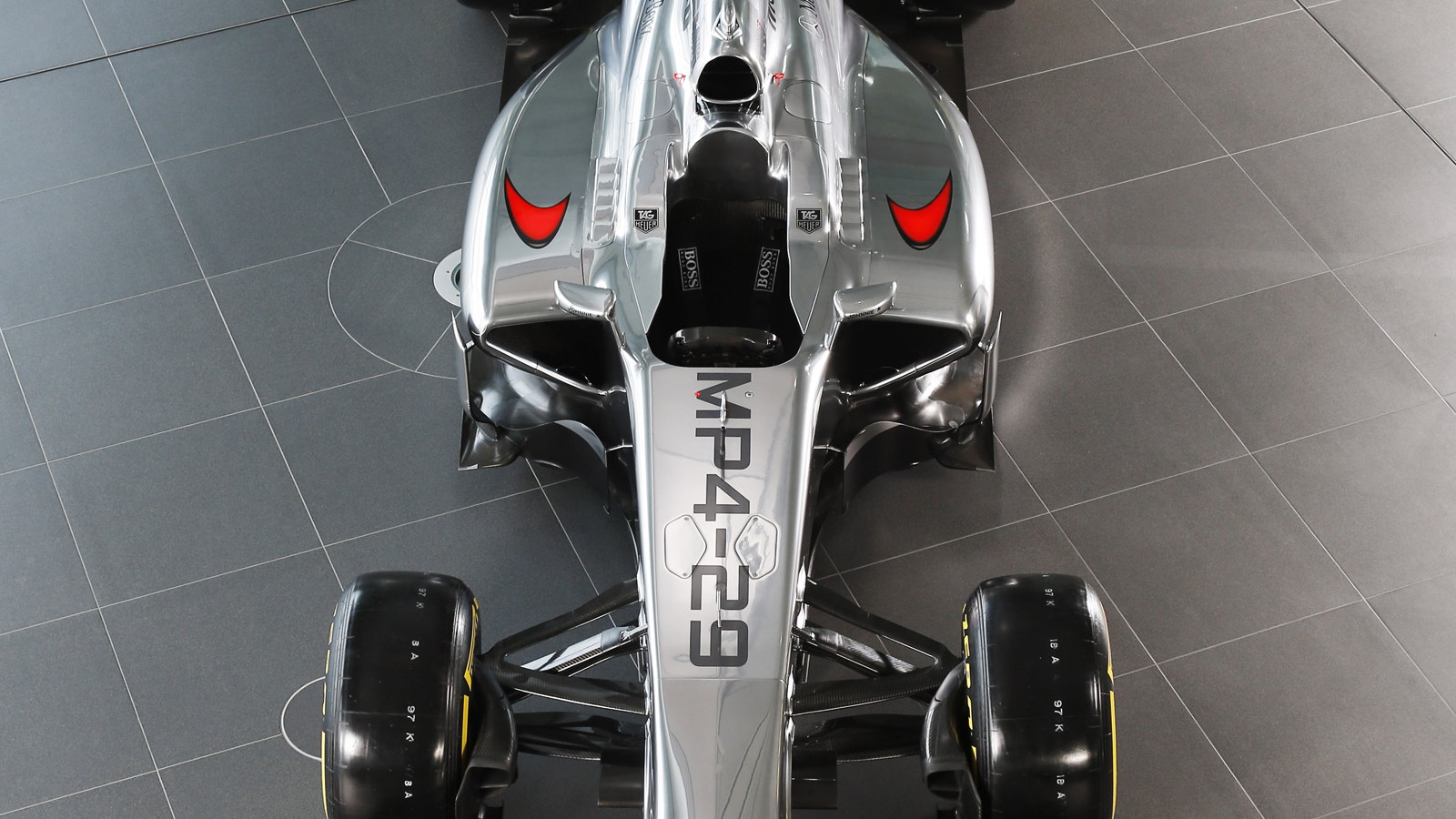 8
photos
McLaren has revealed its race car for the 2014 Formula One World Championship, the MP4-29. This is the car that Jenson Button and newcomer Kevin Magnussen will be driving, and the one the team at Woking hope will eradicate memories of last season’s poor performance.

Like all teams in the new season, McLaren has had to face the challenge of integrating an entirely new type of powertrain. That powertrain consists of a turbocharged 1.6-liter V-6 engine paired with an advanced Energy Recovery System (ERS). An eight-speed gearbox is used, but teams have just one set of eight ratios for the whole season, meaning the same ratios for every race track.

Engine usage is even more tightly regulated in 2014: drivers may now only use five complete units per season--with heavy grid penalties for premature changes to both the V-6 and its key ancillaries--and the amount of fuel allowed per race is also limited--100 kg/hour and a maximum load of 100kg.

McLaren once again is sourcing its powertrain from Mercedes-Benz. However, next year it switches to Honda.

While the changes to the power-unit have attracted the headlines this year, there’s a myriad of small but complementary changes to the chassis, too. This year, the front wings are narrowed by 150 millimeters, which makes them less susceptible to damage, but creates new issues for the aerodynamics. At the rear, and in tandem with limited exhaust diffusers, the traditional lower beam-wing has been outlawed and the main-flap made shallower, making downforce harder to achieve.

Testing for F1’s 2014 season gets underway in Jerez, Spain on January 28. The first race of the new season is the Australian Grand Prix in Melbourne on March 16.

Below are some of the other 2014 F1 cars to have been revealed.