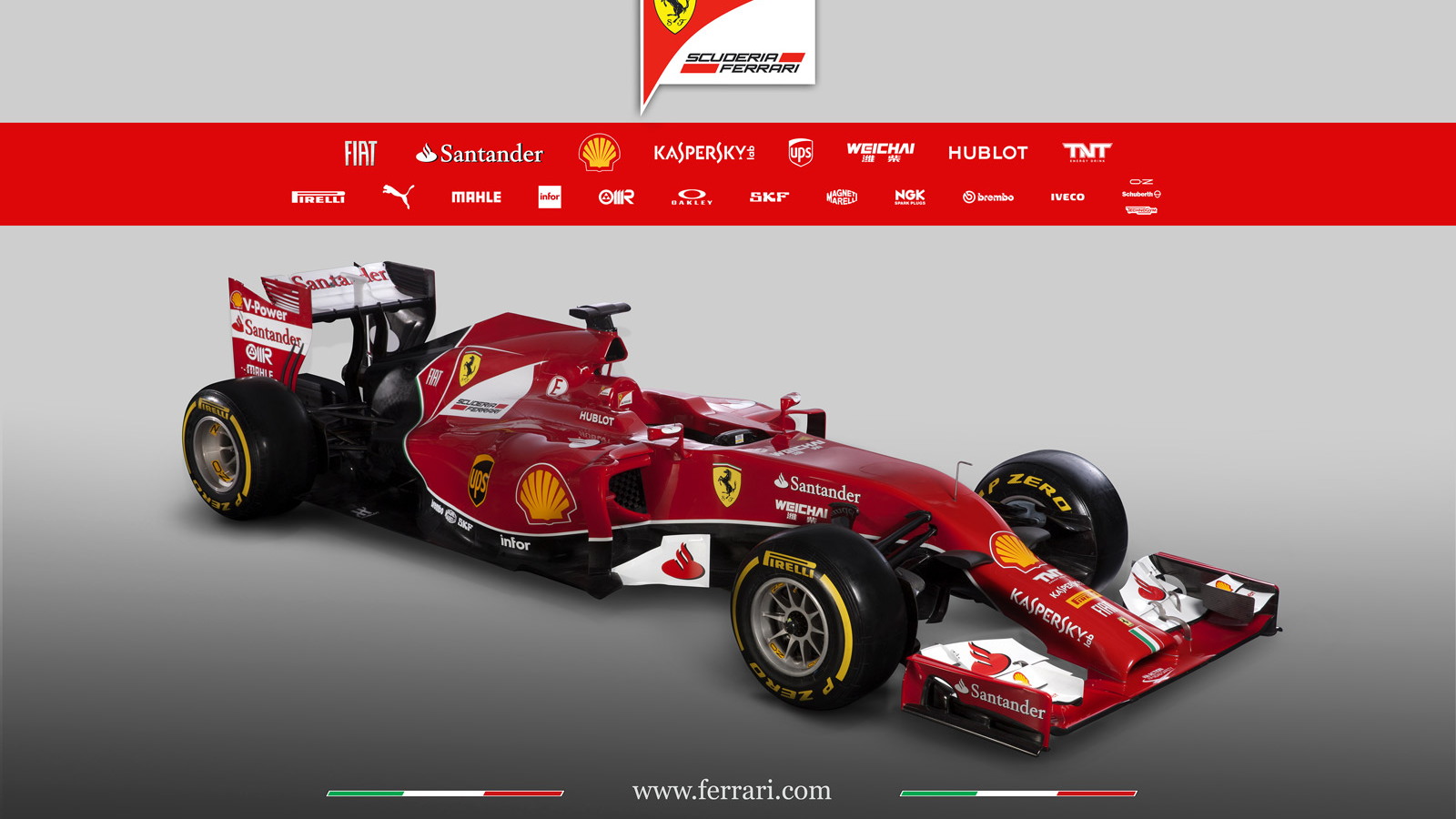 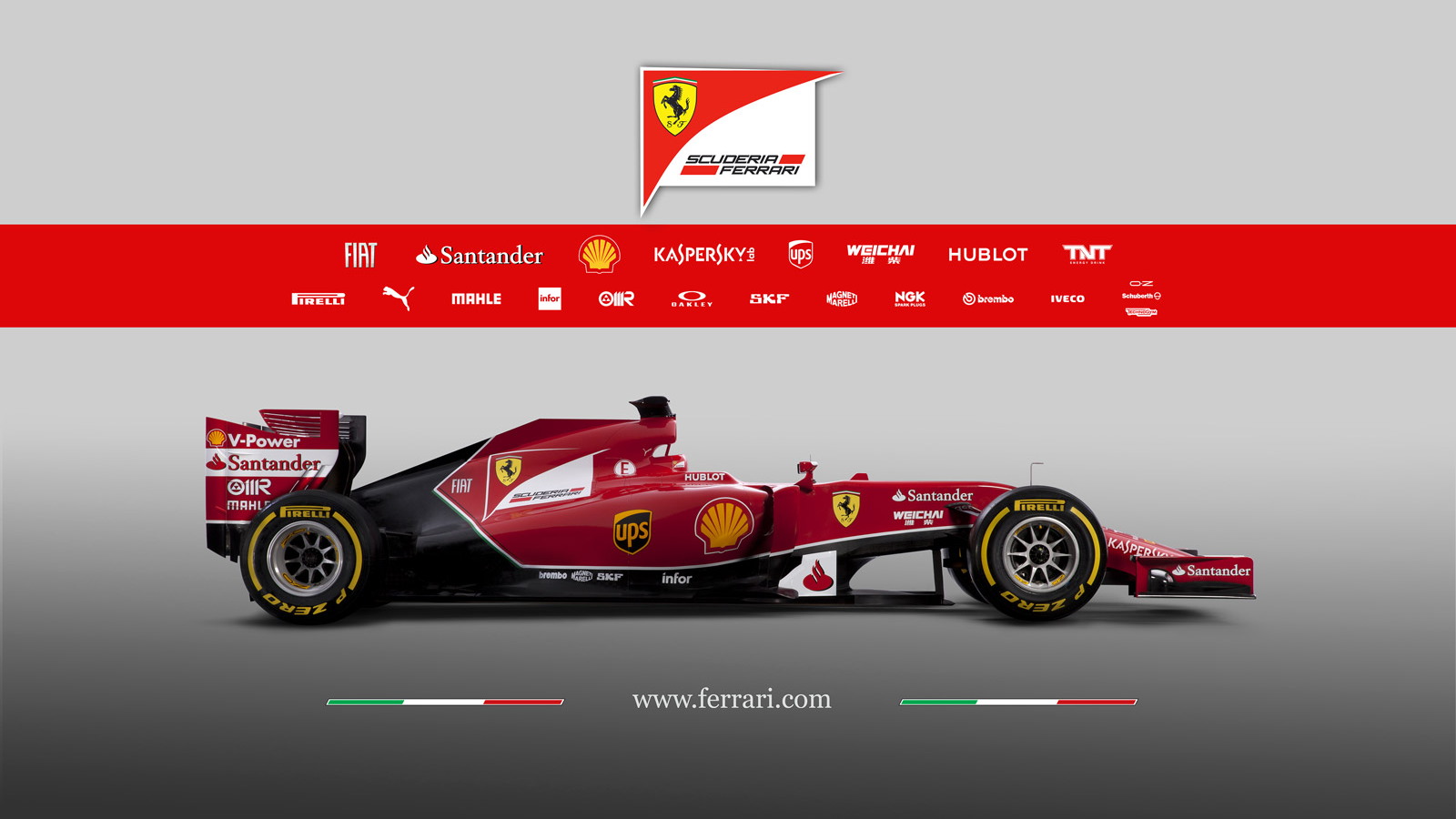 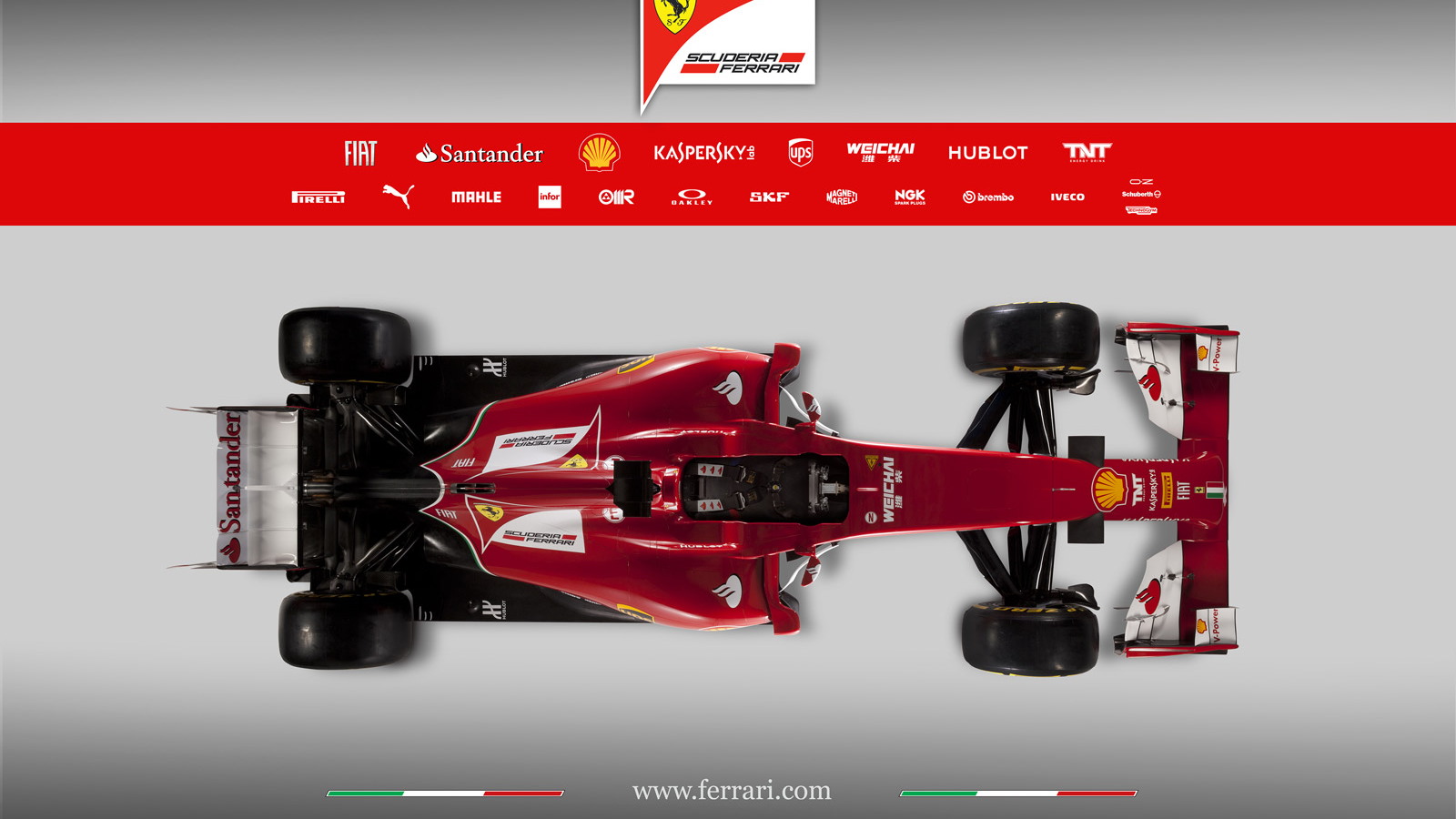 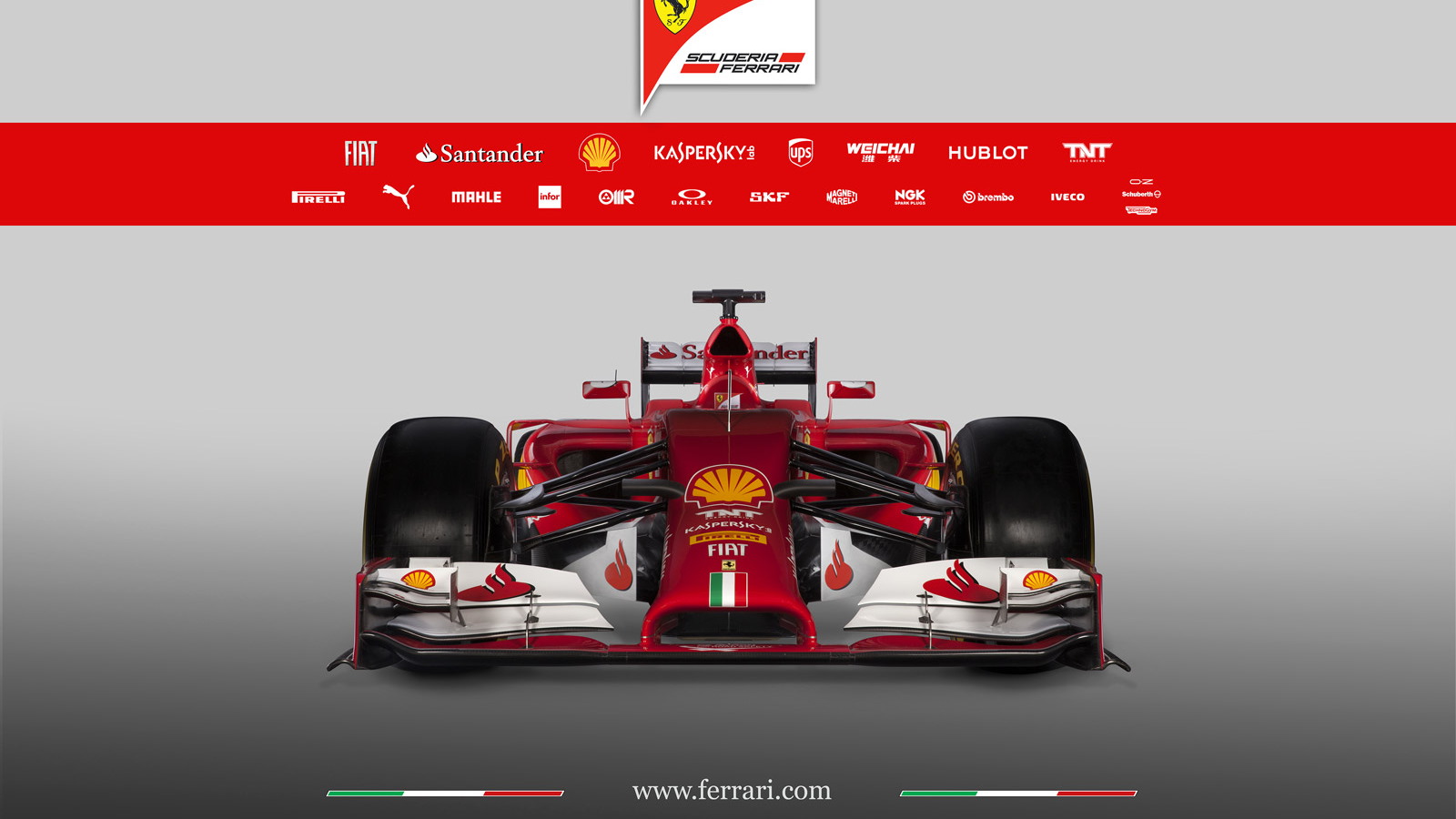 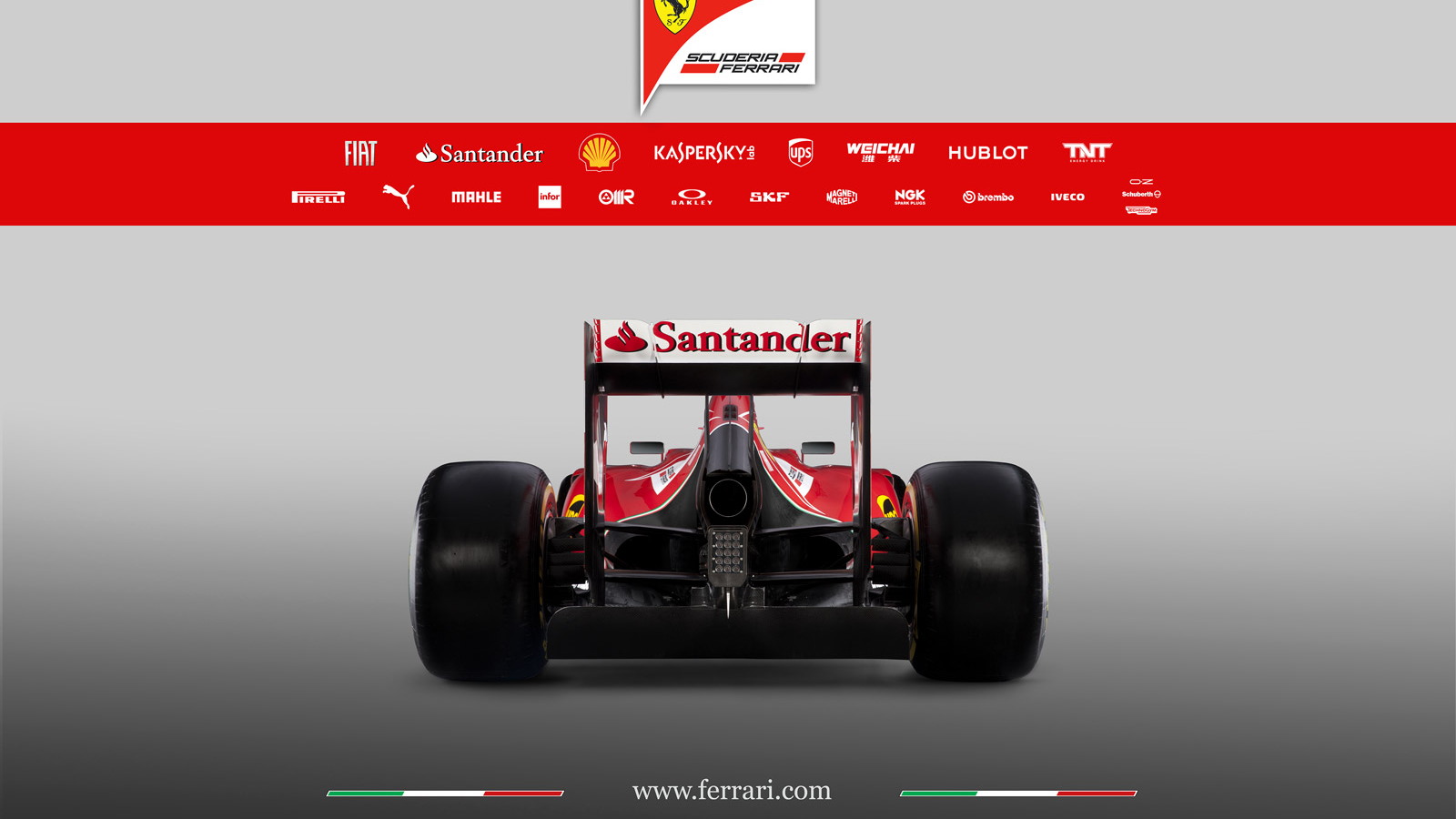 6
photos
Ferrari has just taken the wraps off its new race car for the 2014 Formula One World Championship, the F14 T. The car, whose name was chosen by the Scuderia’s own fans, is Ferrari’s 60th F1 car and the result of more than two years of development.

Although the traditional gestation period for a new Ferrari F1 car is a little over twelve months, the F14 T, which goes by the internal code name 665, began life more than two years ago. That's because of all the rule changes this season, the biggest of which has called for a completely new type of power unit.

That powertrain, the 059/3, consists of a turbocharged 1.6-liter V-6 engine paired with an advanced Energy Recovery System (ERS). An eight-speed gearbox is used, but teams have just one set of eight ratios for the whole season, meaning the same ratios for every race track. Another challenge is the 100-kilogram (220-pound) fuel load limit, and then there's also a fuel flow limit of 100 kilograms per hour to deal with.

Fans will be able to see some of the heritage of earlier Ferrari designs in the F14 T--the obvious areas of continuity are the pull-rod front and rear suspension. However, beyond this similarity there is little to connect the 2014 car to its predecessors.

The most obvious visual change is the new nose, which we’re sure will prove controversial. Resembling a snout or perhaps even a vacuum cleaner, the F14 T’s nose has been designed to meet new regulations dictating that the front wings are narrowed by 150 millimeters. The chassis, a carbon fiber and honeycomb composite structure, is also lower and the traditional lower beam-wing on the rear wing is now missing.

The wheels are 13-inch OZ pieces and within these are Brembo ventilated carbon fiber discs. Overall weight of the car, including all fluids plus the driver, comes in at 691 kilograms (1523.4 pounds).

Testing of the F14 T will get underway at the official F1 test program in Jerez, Spain on January 28, with both Ferrari drivers Fernando Alonso and Kimi Räikkönen expected to participate. The first race of the new season is the Australian Grand Prix in Melbourne on March 16.