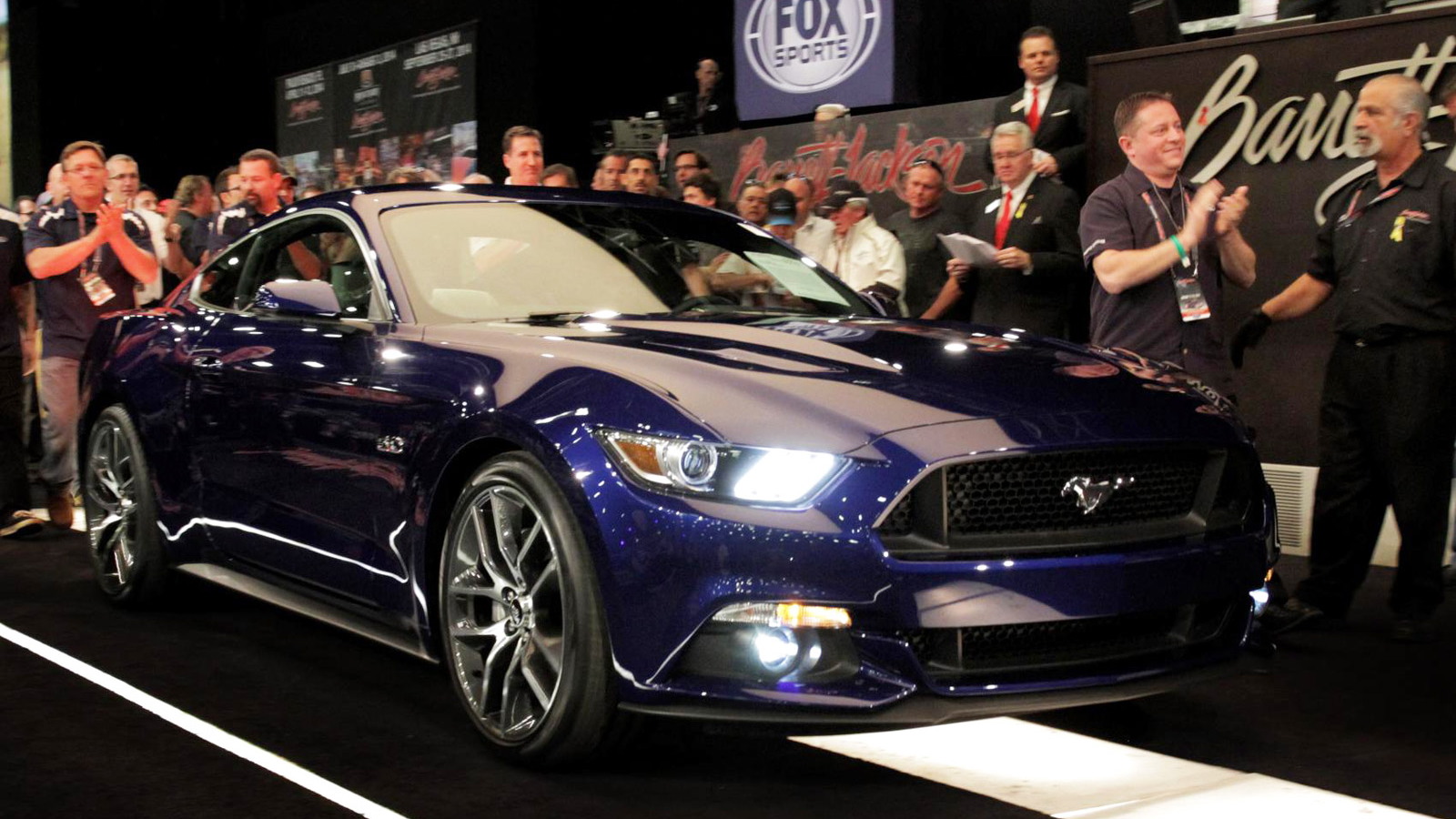 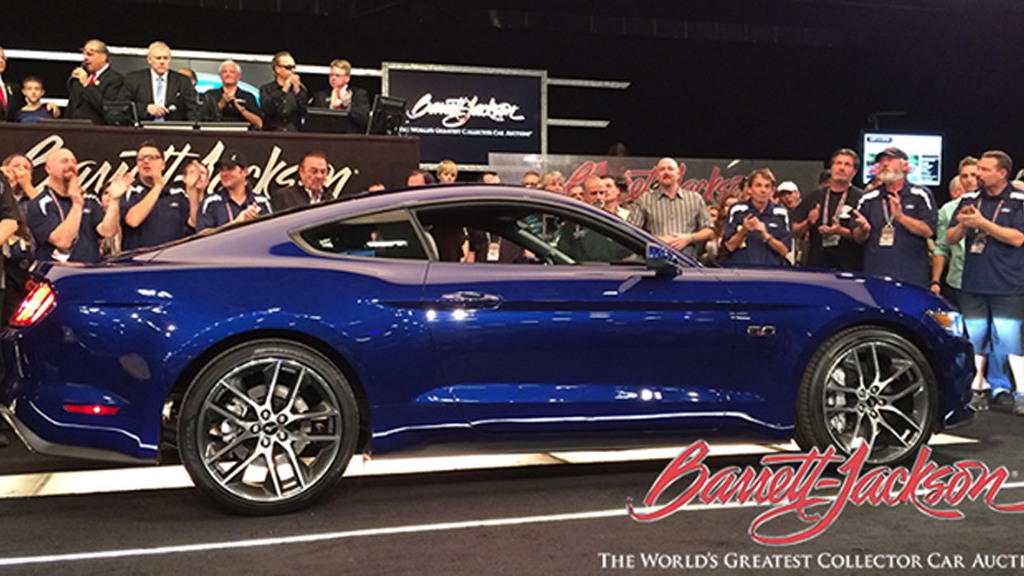 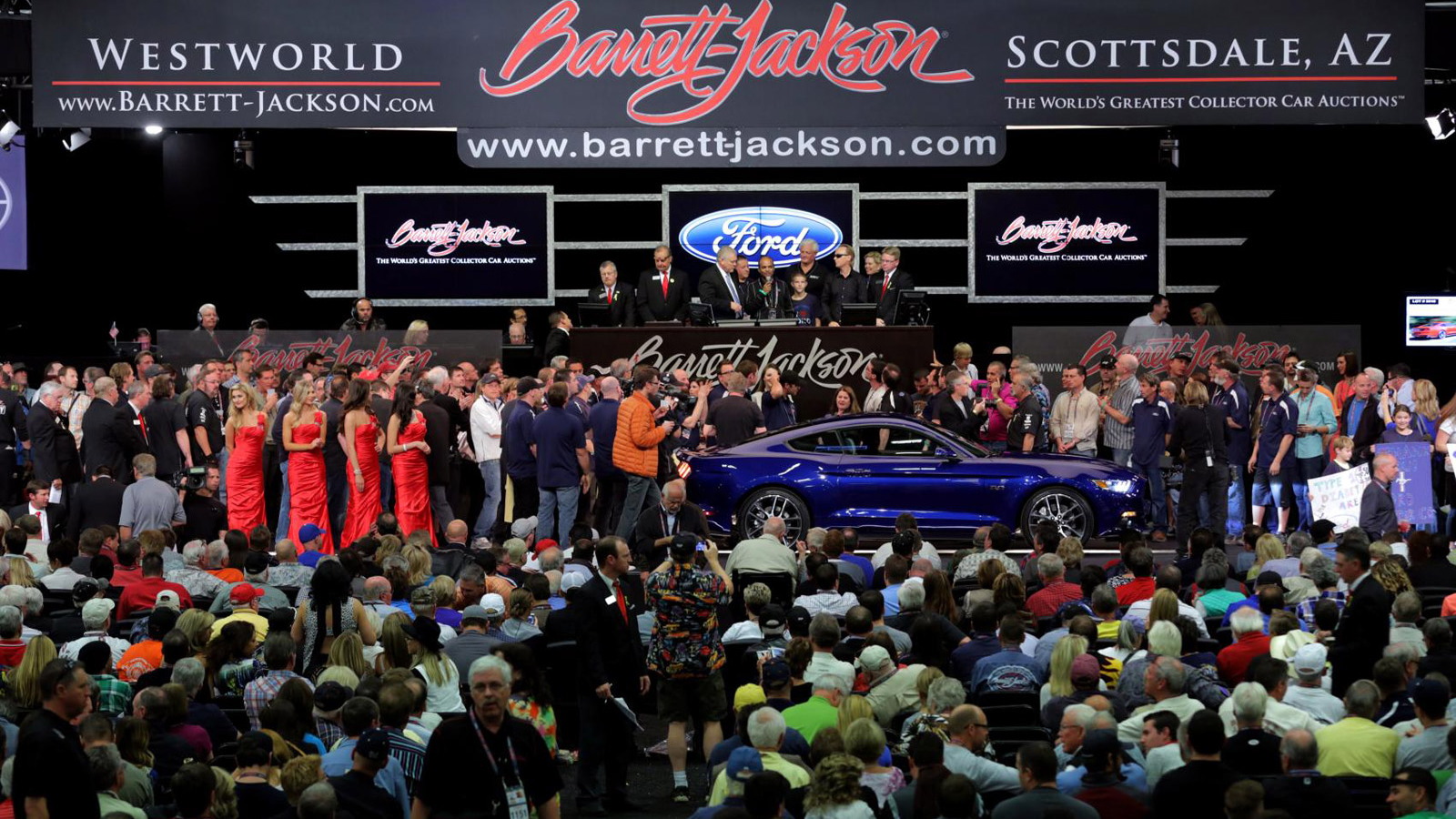 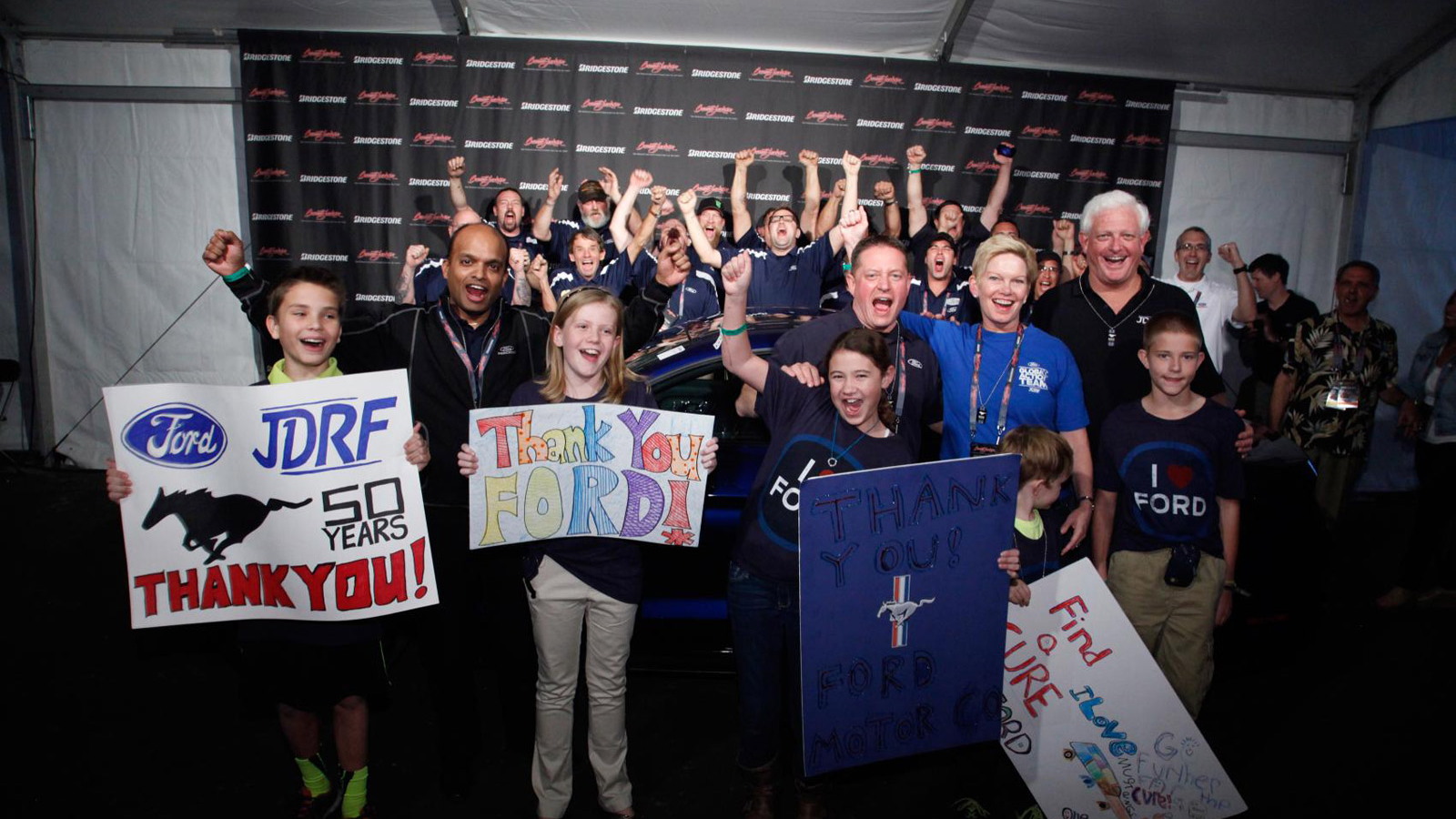 4
photos
The rights to the very first 2015 Ford Mustang GT was sold to the highest bidder at the Barrett-Jackson auctions taking place in Scottsdale, Arizona over the weekend. The final bid, made by Sam Pack, a car collector and Ford Motor Company [NYSE:F] dealer from Texas, was a respectable $300,000, the proceeds of which will go to benefit diabetes support group JDRF.

As previously reported, the first production 2015 Mustang GT is yet to be built (the version on display was a pre-production unit), meaning Pack will still be able to select the color of the car as well as any options. On top of this, the team involved in the 2015 Mustang’s design and development will sign the car in appreciation of the donation to JDRF.

MUST SEE: Dad Teaches Kid To Do Donuts In A C6 Corvette-Best Dad Ever?: Video

The 2015 Mustang will initially be offered in three flavors: base V-6, mid-level turbo four and range-topping V-8, with the latter being the Mustang GT you see here. Peak output from its 5.0-liter V-8 will hover somewhere around 420 horsepower and 396 pound-feet of torque.

Production of the new Mustang starts in the coming months and the first examples are expected in showrooms in the fall. As part of the Mustang nameplate’s 50th anniversary on April 17, Ford is expected to make a major announcement, possibly centering on the introduction of a special edition model.

Note, the first production 2015 Mustang GT wasn’t the only headline Ford sold during the recent auction. A Shelby GT500-inspired 1956 Ford F-100 'Snakebit' pickup truck developed together with KISS rocker Gene Simmons and his wife Shannon Tweed also went under the hammer, and managed to earn $450,000 for the Children’s Hospital of Saskatchewan in Canada. The awesome pickup was purchased by Saskatchewan local Gordie Broda.