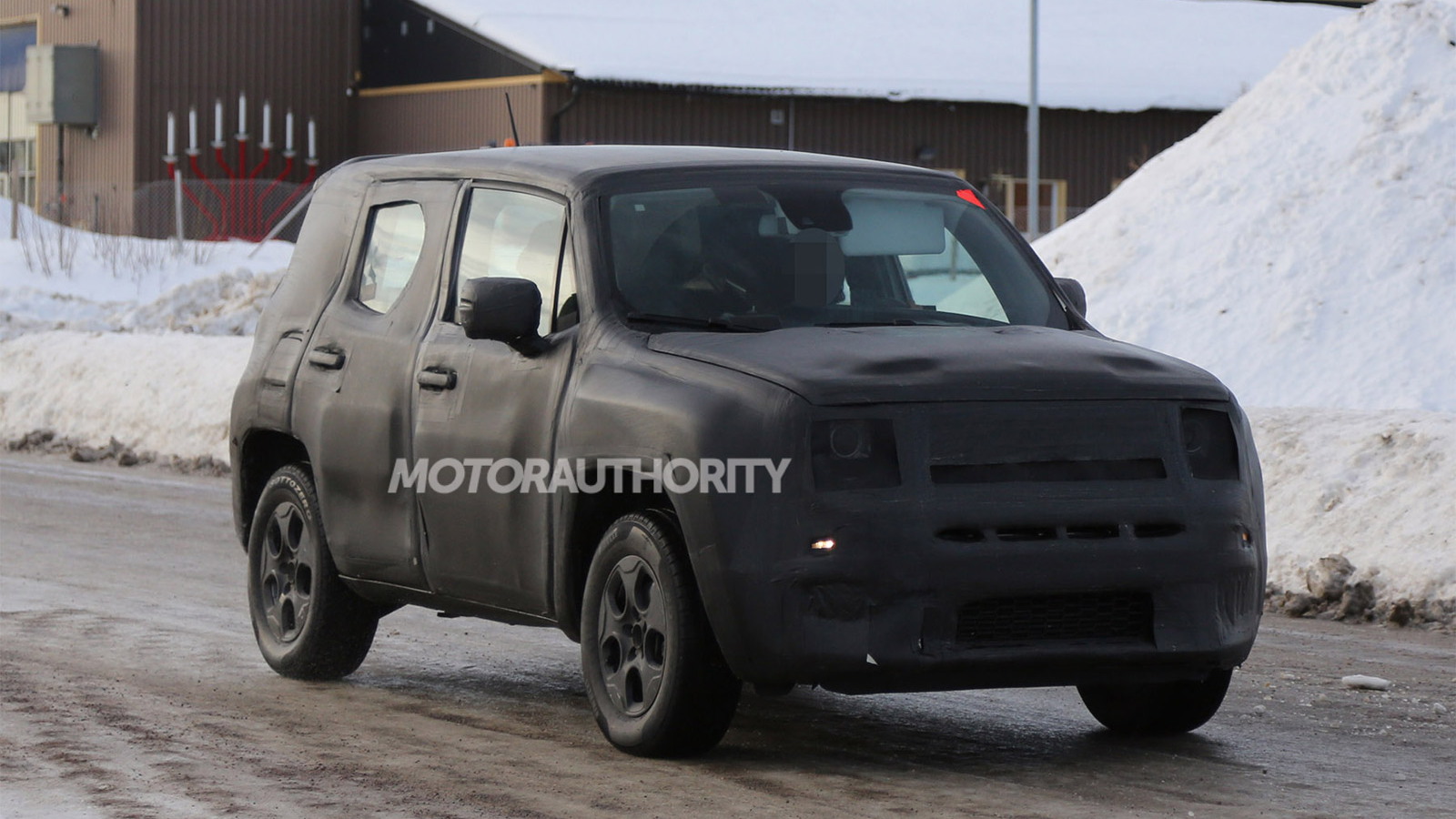 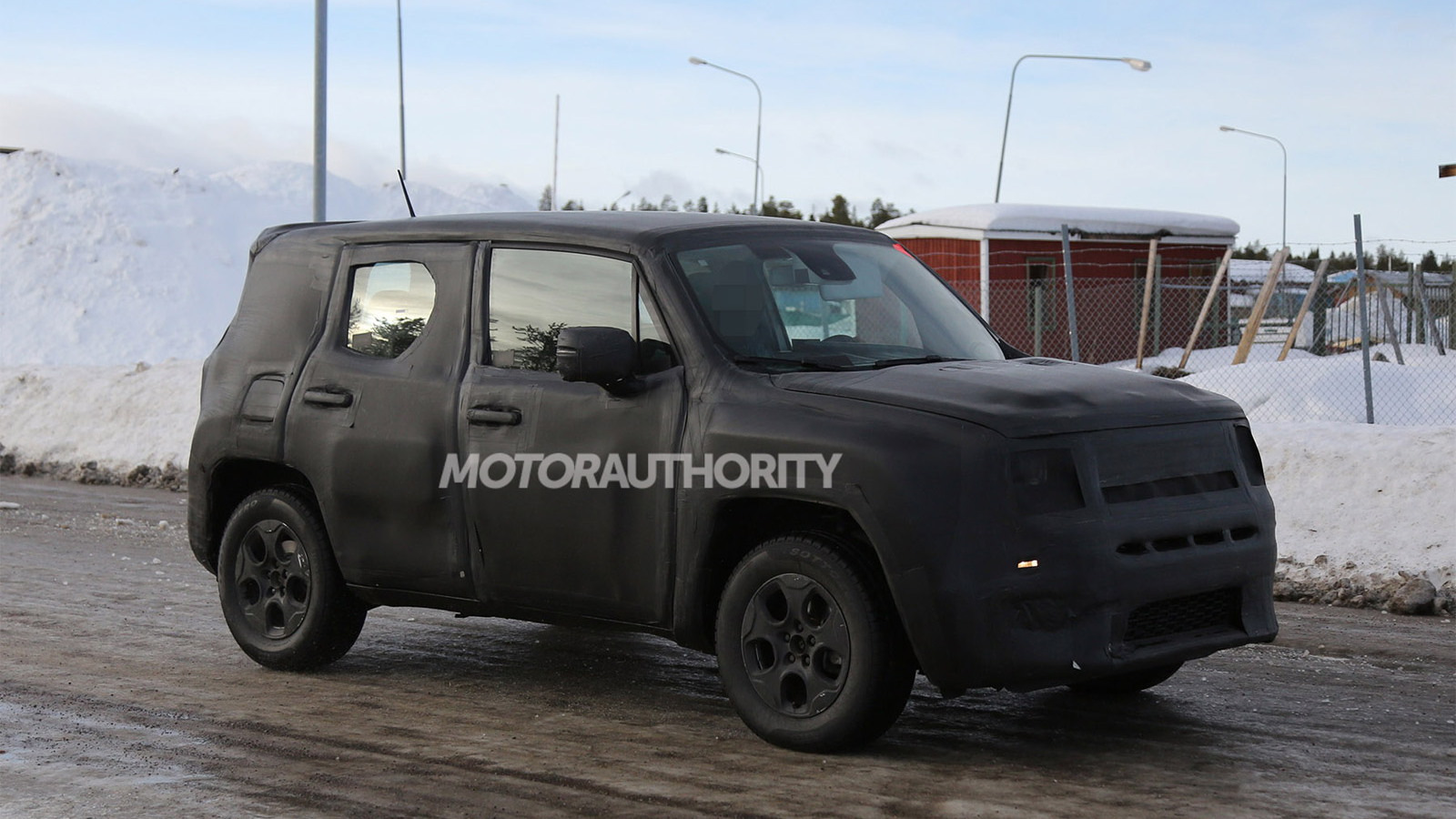 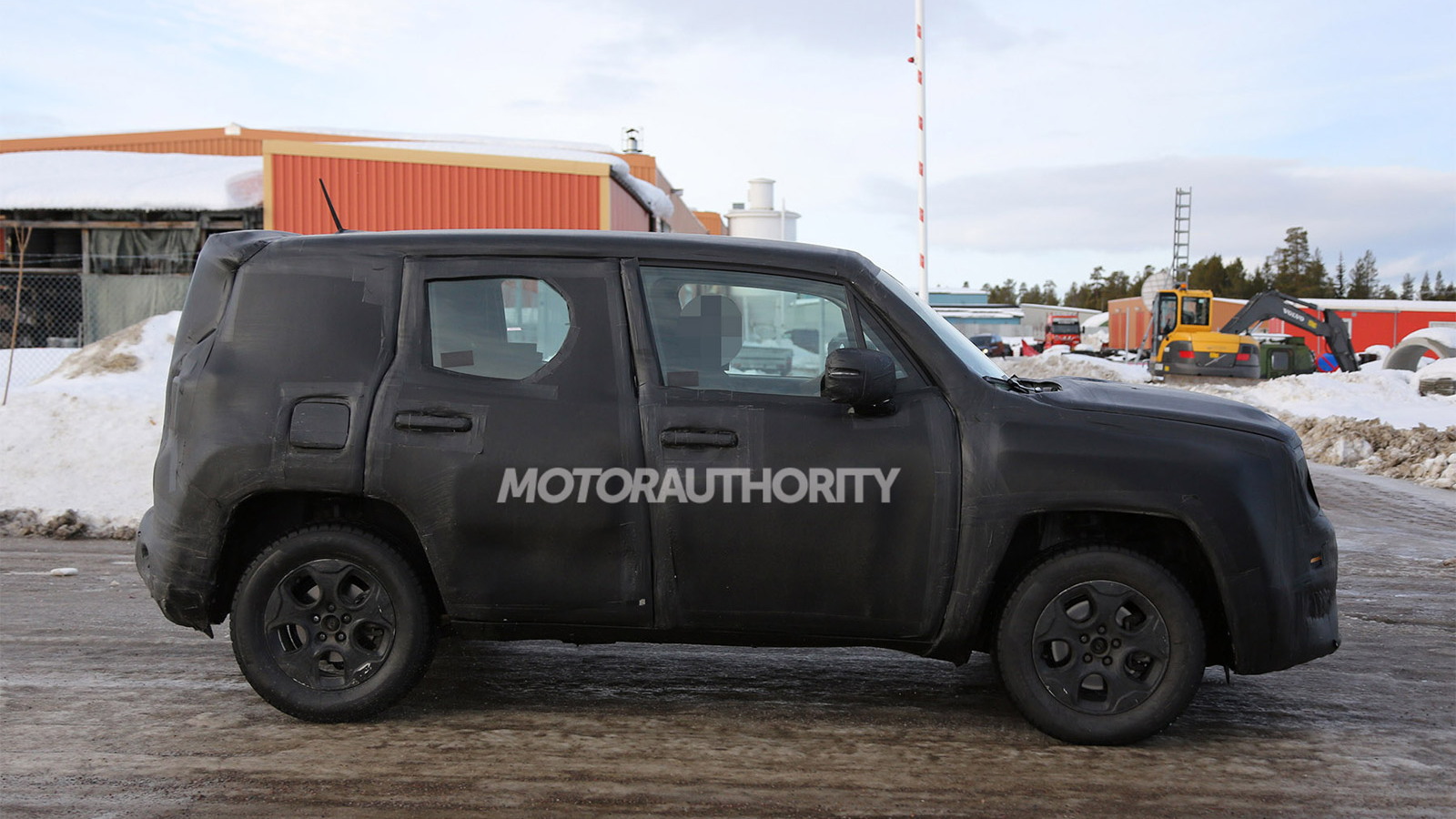 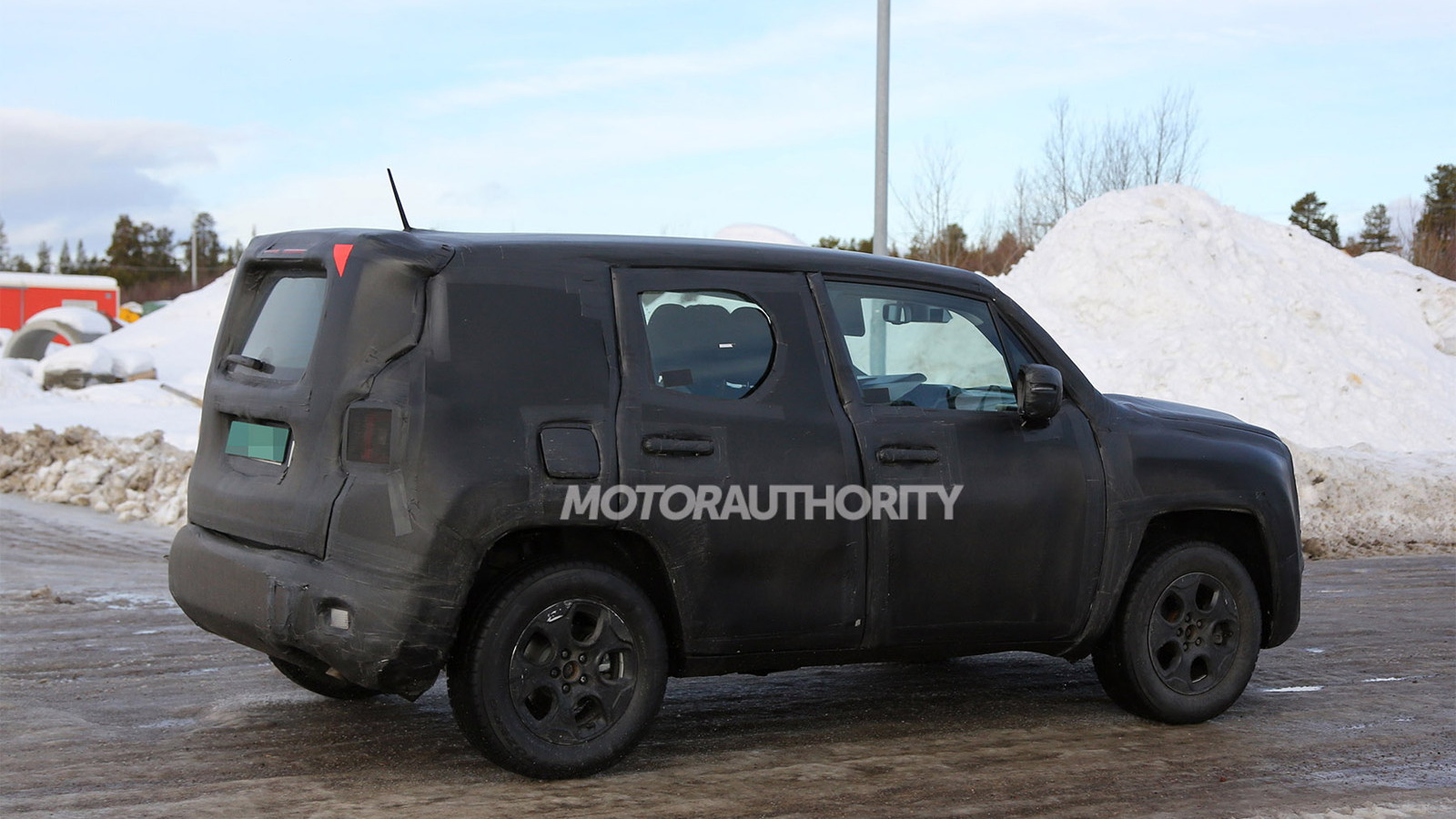 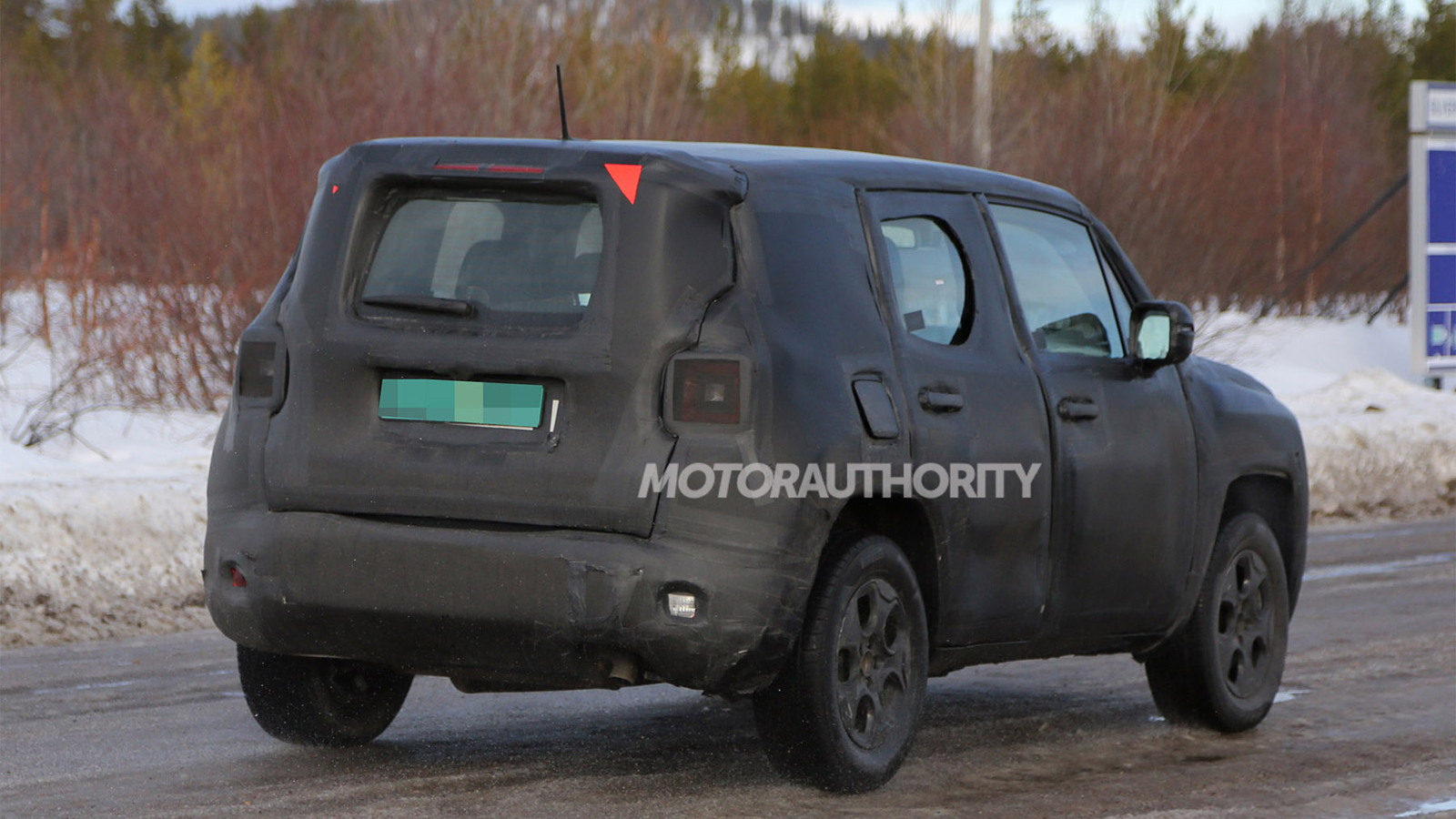 43
photos
Jeep’s long-awaited subcompact crossover has been spotted again, but this time as an actual prototype instead of the Fiat 500L-based test mules we saw earlier. The prototype gives us a much better idea as to what the final version will look like when it makes its debut at the 2014 Geneva Motor Show next week.

We know this prototype is for a Jeep because of the familiar multi-slatted grille up the front. The vehicle has also been spotted previously at a Chrysler proving ground in North America, and a shot of its interior reveals a steering wheel with the Jeep logo peeking up through the camouflage gear.

Jeep is expected to revive its Jeepster nameplate for the upcoming subcompact, a nameplate almost as old as the Jeep brand itself, having first appeared on an open-top Willys Overland model in 1948. The new Jeepster will be thoroughly modern, however, sharing its underpinnings with a similar sized model from Fiat dubbed the 500X.

Those underpinnings are a shortened version of the front-wheel-drive platform found in the 500L (a different design to that in the smaller Fiat 500), which has been modified to feature an all-wheel-drive setup. The Jeepster will be an on-road vehicle primarily, though. Front-wheel drive will be standard but an all-wheel-drive trail-rated option should be available for those needing some off-road capability. Power will come from four-cylinder engines, most likely those fitted to the existing 500 and 500L models from Fiat.

Production of both the Jeepster and its Fiat 500X cousin will take place at Fiat Chrysler’s plant in Melfi, Italy. Preparing the plant for the production of the two new vehicles will cost approximately $1.3 billion.

Worldwide sales of the Jeep model alone are expected to top 150,000 units annually thanks to the burgeoning compact crossover market. Key rivals will include the MINI Cooper Countryman, Nissan Juke and Buick Encore/Opel Mokka twins.