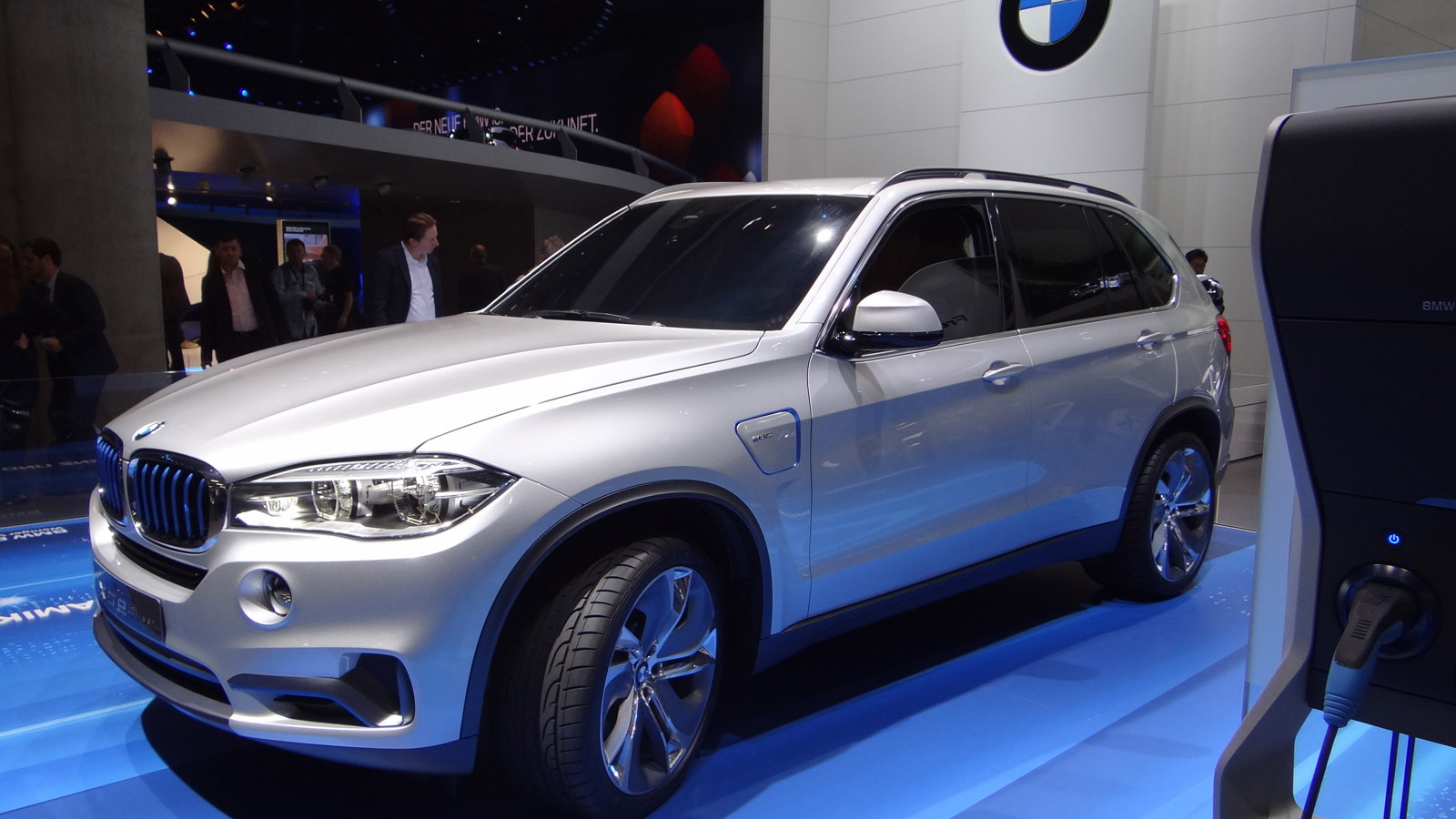 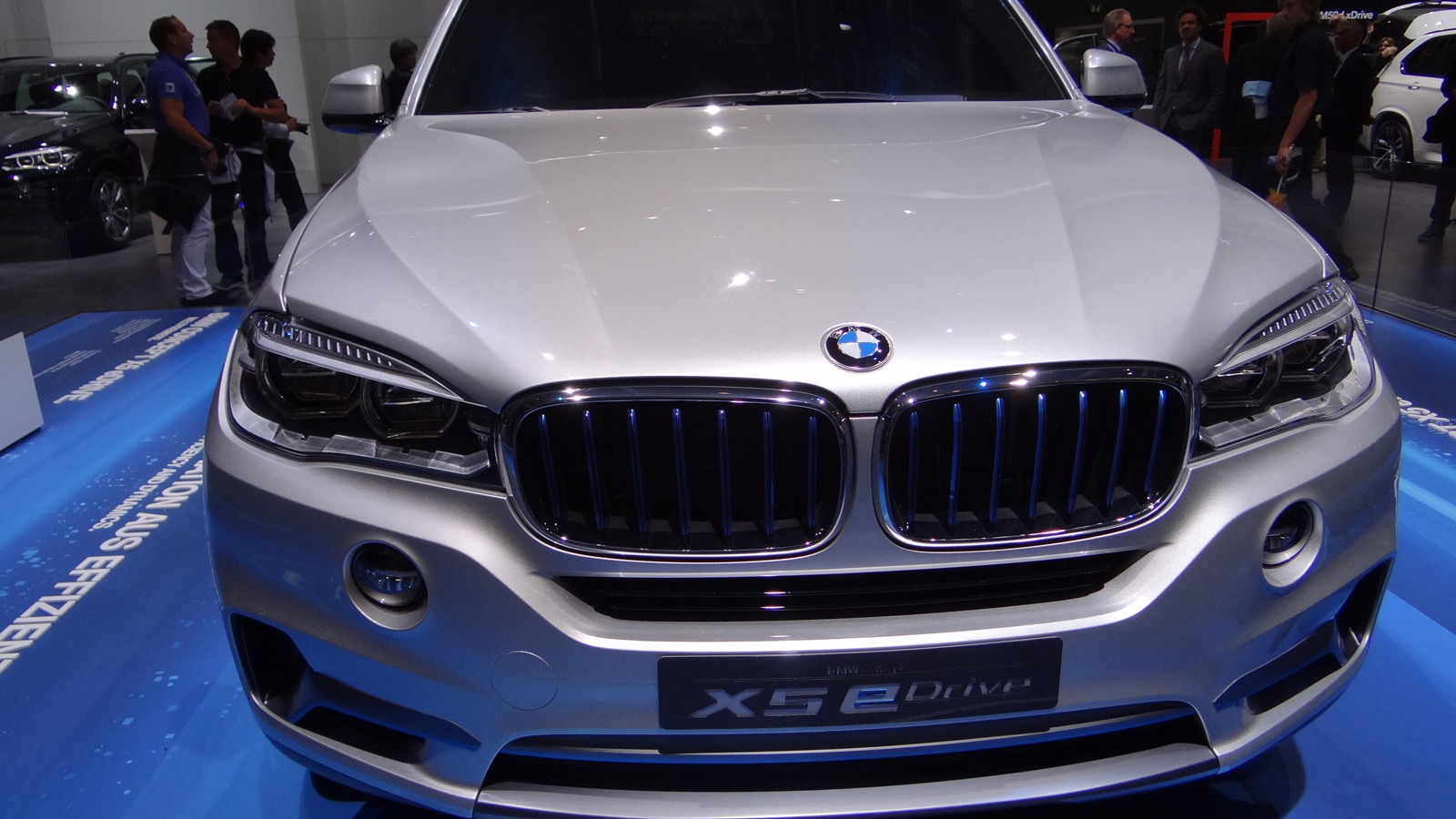 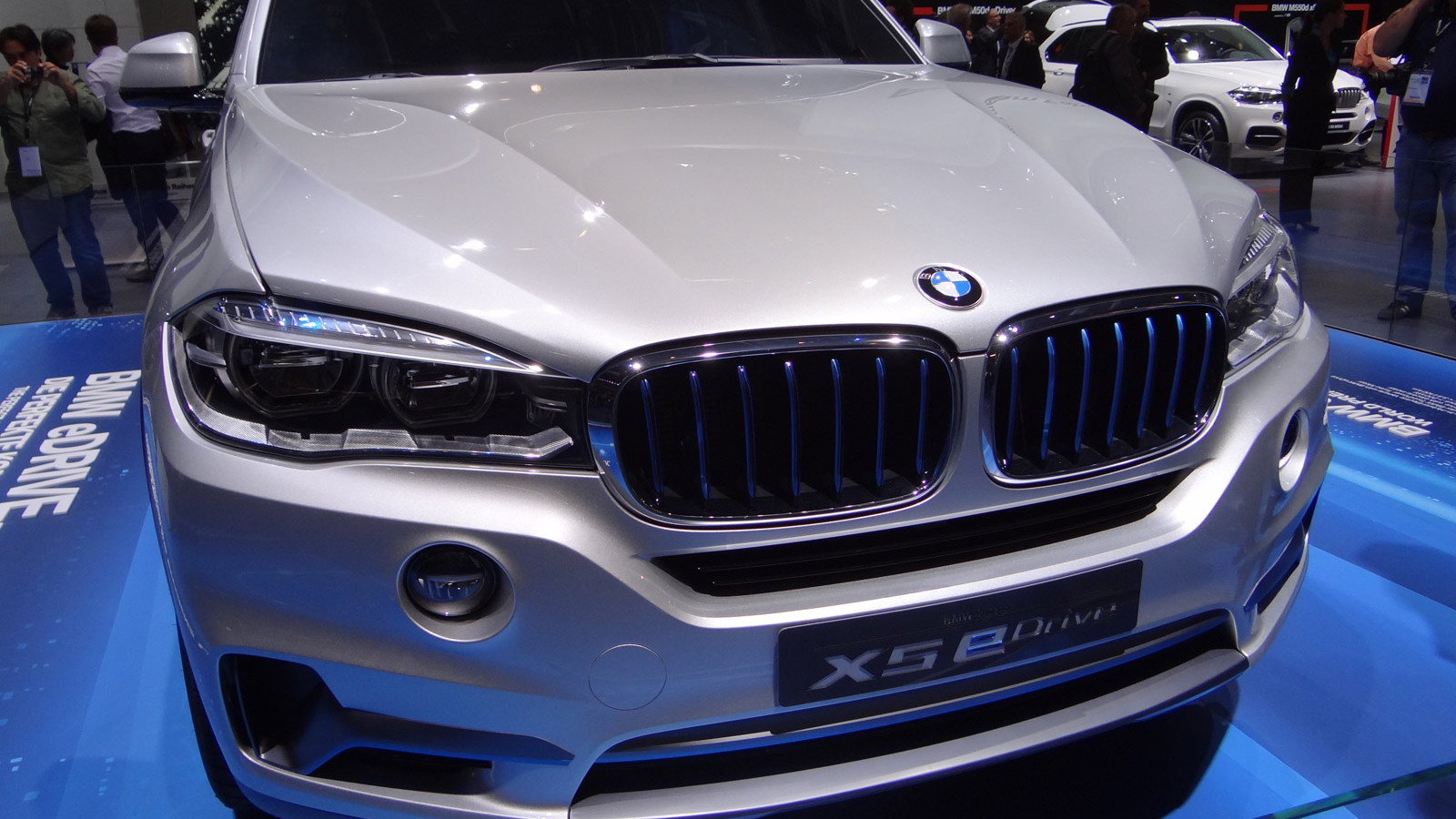 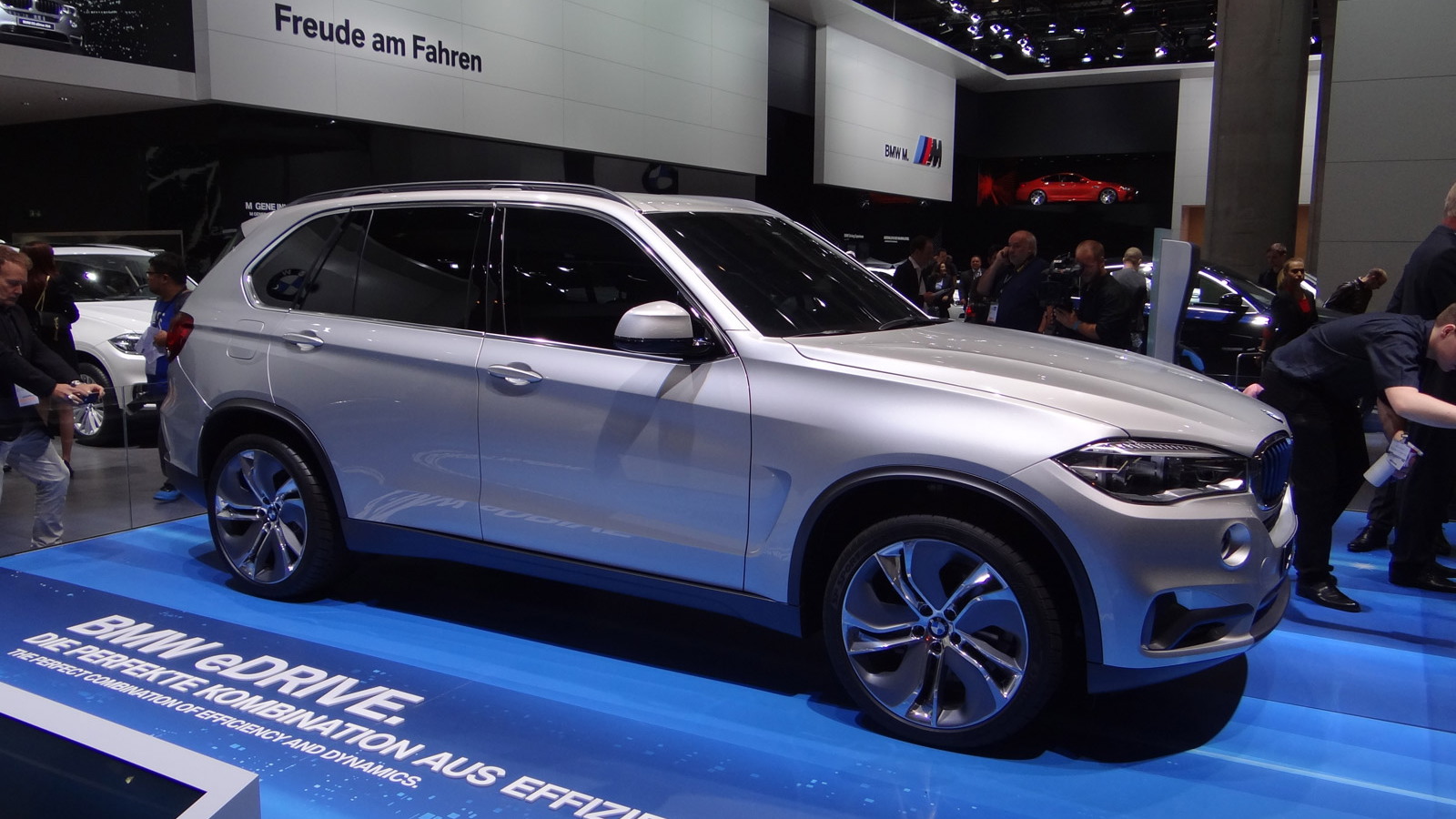 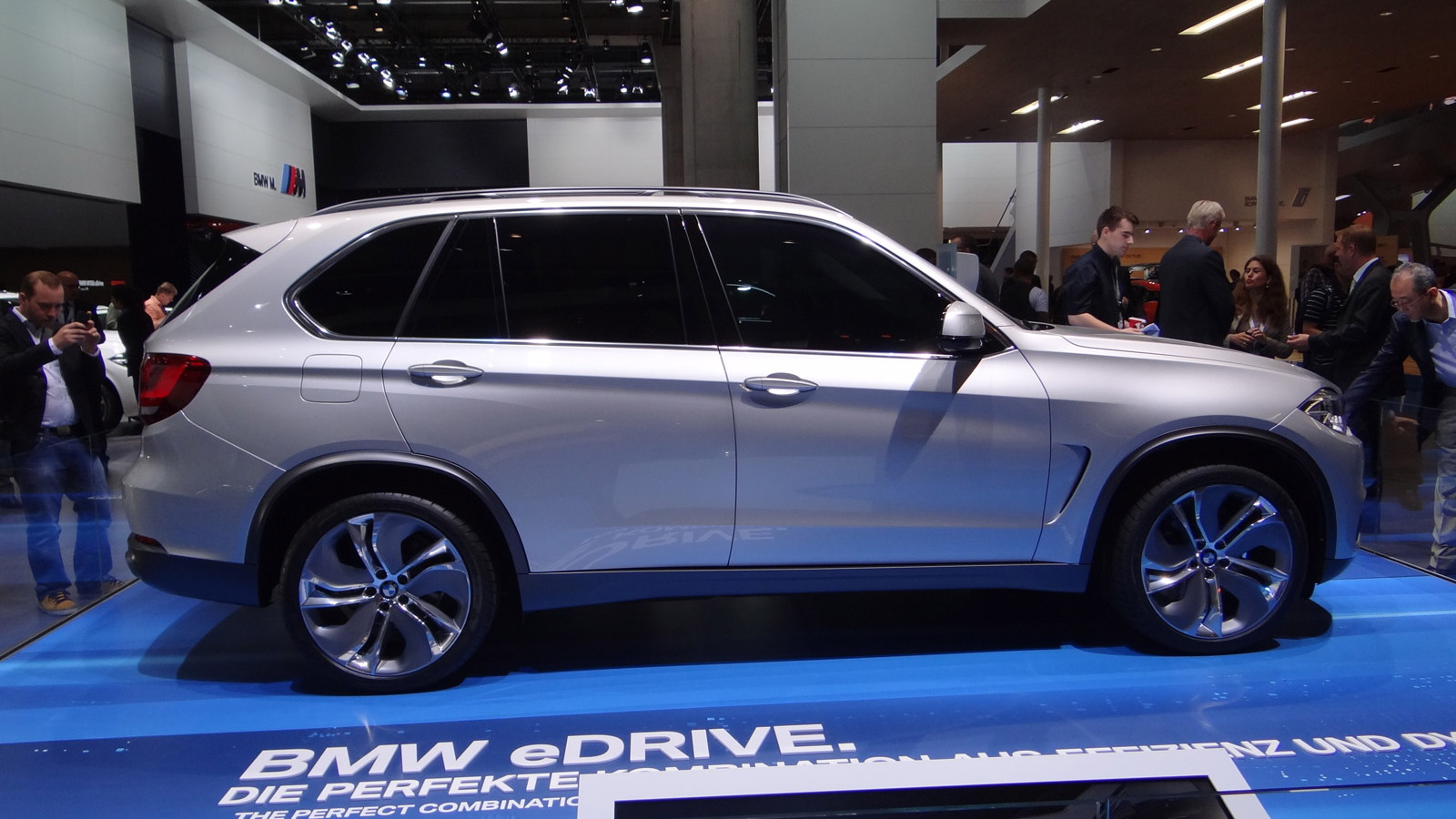 18
photos
Crossovers and sport utilities are now an established part of luxury-car lineups--even Jaguar showed a crossover concept--and hybrids are all the range these days.

So why not blend the two?

Range Rover now has two hybrids, Lexus showed a concept for its second hybrid utility vehicle, and BMW has now joined the parade as well.

At the 2013 Frankfurt Auto Show, we shot these photos of the BMW Concept X5 eDrive, which adds a plug-in hybrid powertrain to the third generation X5 sport-utility vehicle built in South Carolina.

BMW released details of the Concept X5 eDrive three weeks ago, and now the actual vehicle itself has been unveiled.

The plug-in X5 concept adopts the blue accents of the two BMW i electric cars, the BMW i3 battery electric urban hatchback and the BMW i8 plug-in hybrid sport coupe, on its air intake bars, grille slats, and bumper inlays.

The Silverlake Metallic vehicle rides on 21-inch alloy wheels that have been designed for minimal aerodynamic drag.

The X5 plug-in hybrid has permanent all-wheel drive, and the lithium-ion battery pack is located under the floor of the rear cargo bay.

The concept, BMW says, can travel up to 19 miles on electricity alone, at speeds of up to 75 mph. And it can accelerate from 0 to 60 mph in just 7.0 seconds.

For reference, it almost surely can't do 19 miles of acceleration from 0 to 75 mph, however. Generally the electric range figures for such plug-in hybrids are largely achieved in more typical urban stop-and-go traffic--and at city speeds.

There's also a "Save Battery" mode that allows a driver to maintain battery charge and operate the car purely as a hybrid until such time as all-electric running is needed--in a central-city zero-emission zone, perhaps.

We'll have more live photos of all the concept cars, production cars, and more throughout the day, so be sure to check out all the stories on our Frankfurt Auto Show page.