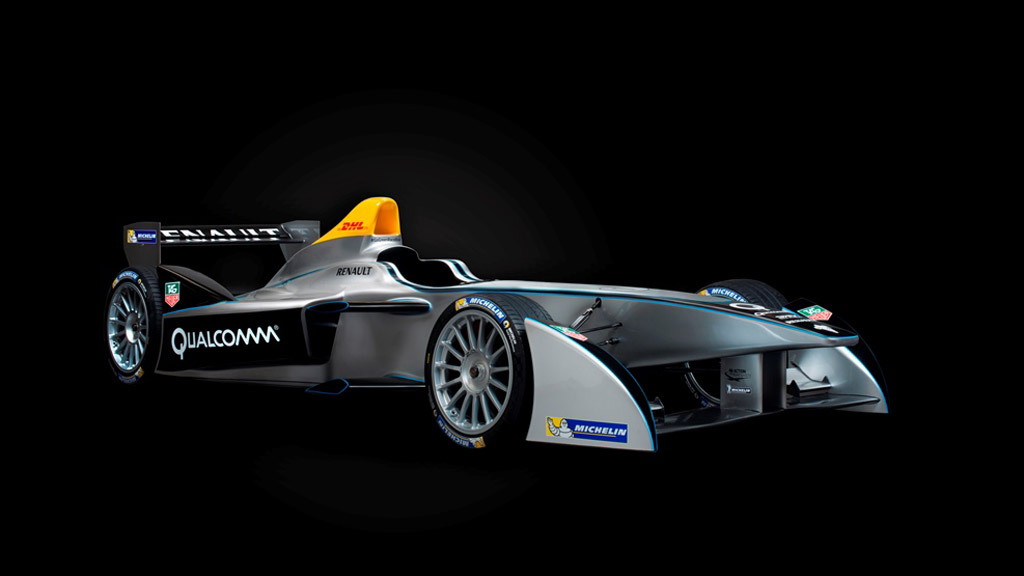 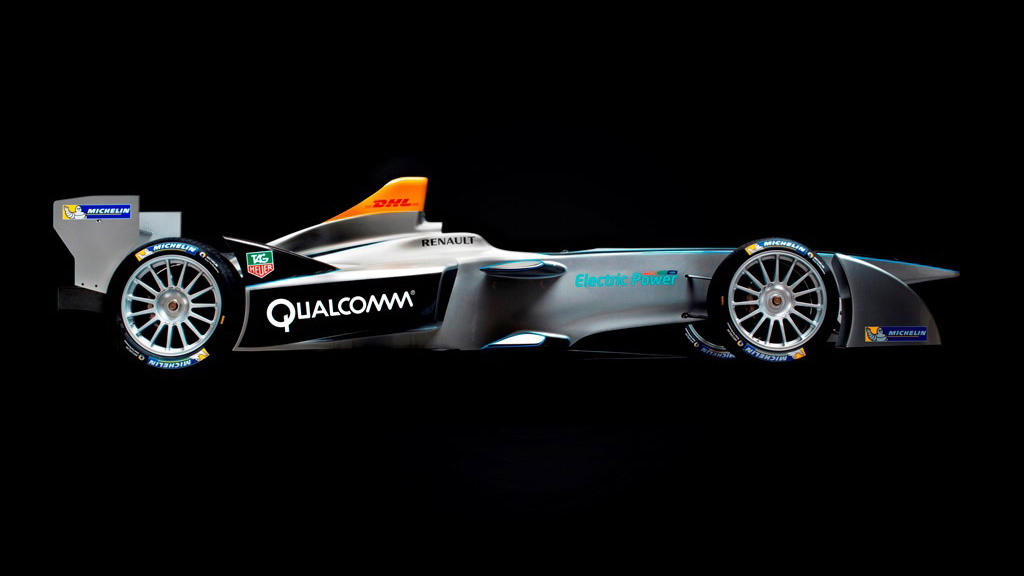 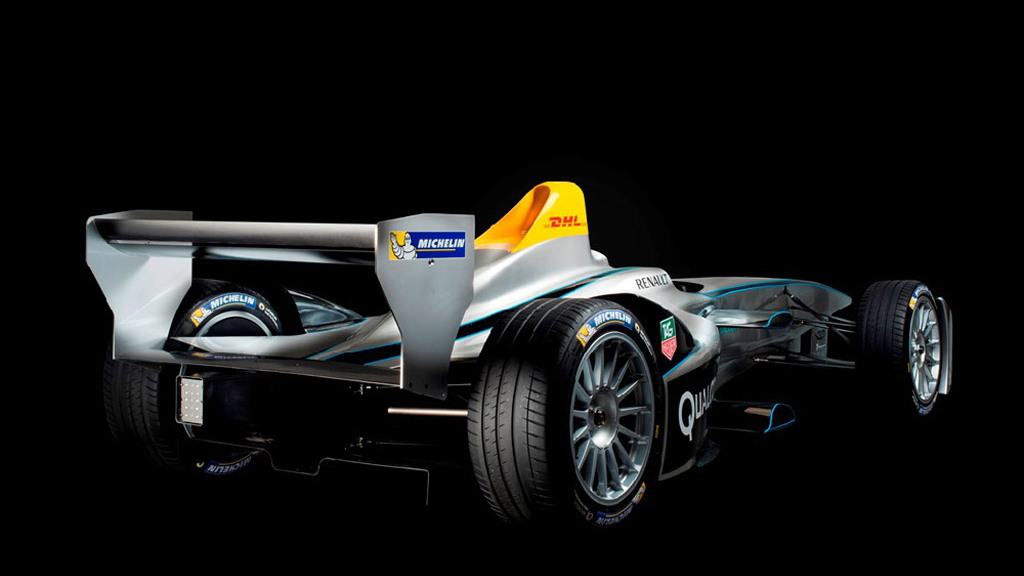 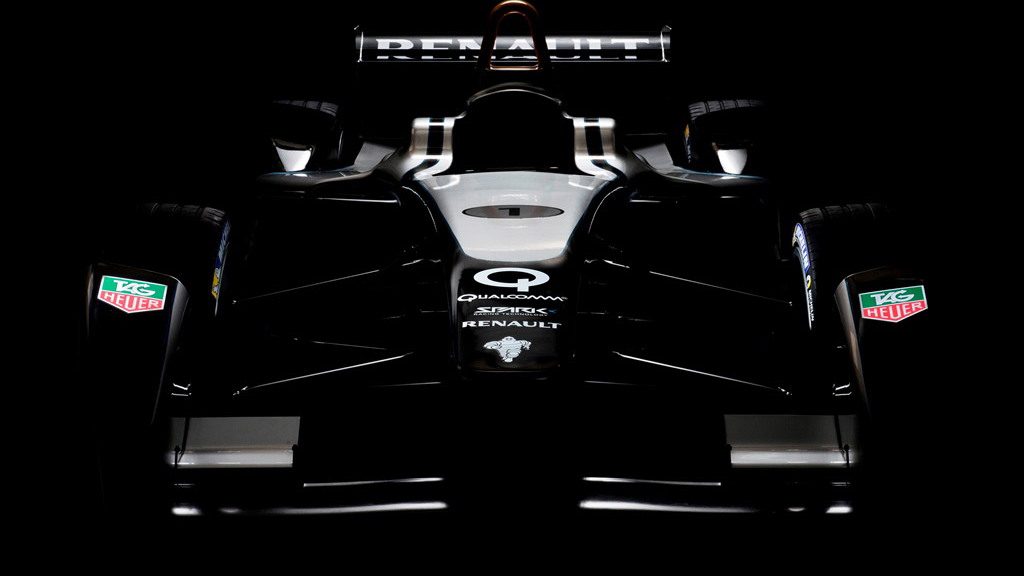 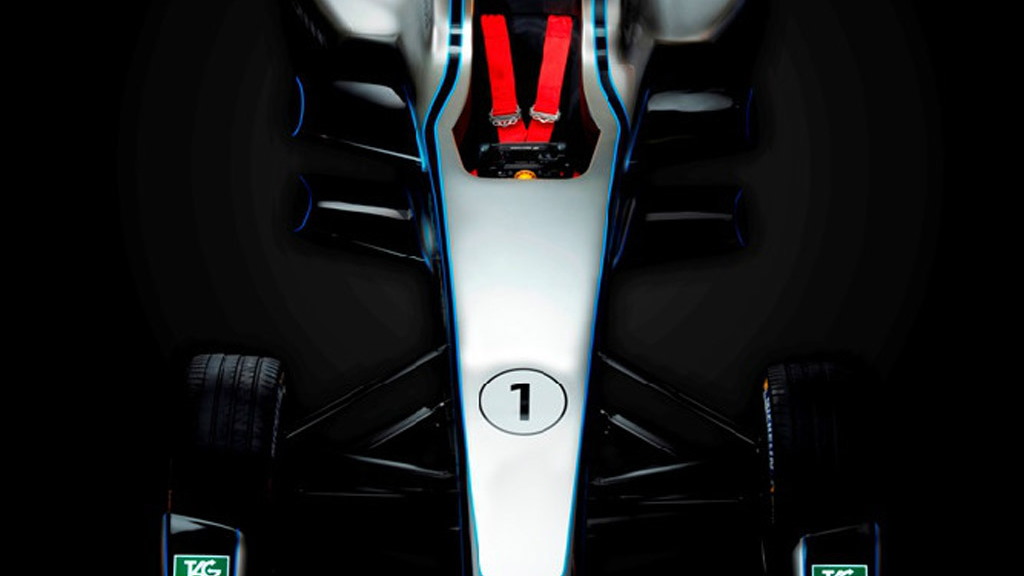 8
photos
The new, all-electric race car that will compete in the first season of the Formula E Championship has been revealed today at the 2013 Frankfurt Auto Show. The car’s official title is the Spark-Renault SRT_01E and it will be a common chassis used by all teams in this inaugural season of Formula E.

The SRT_01E has been developed by numerous partners and will be built by French company Spark Racing Technology, which serves as the official constructor. The lightweight monocoque chassis is made of carbon fiber and aluminum and is supplied by Italian firm Dallara. It has been aerodynamically designed to aid overtaking, its designers tell us.

Providing the electric motor, gearbox and electronics is McLaren, which developed the systems originally for its P1 supercar. Williams, meanwhile, is responsible for the design and supply of the batteries and their battery management systems. Peak output of the cars is around 200 kilowatts (270 horsepower), with drive sent to the rear wheels only.

Renault, whose name is also attached to the car, worked closely with Spark Racing Technology to optimize the electric and electronic layout and performance of the powertrain. Its focus has been on the safety and reliability of the cars.

Finally, custom tires have been created by Michelin for the series. There is just one durable tire to cater for both wet and dry conditions. This is due to one of Formula E’s main aims: reducing overall costs and promoting sustainability.

The SRT_01E will now undergo a stringent FIA crash test followed by an extensive testing program. The first Formula E race will take place in September of next year and run into 2015. Ten races will be held, with Los Angeles and Miami among the destinations, and ten teams are expected, though so far only six have been confirmed. One of them is American IndyCar champions Andretti Autosport.

Stay tuned for live photos, and for more from the 2013 Frankfurt Auto Show, click here.