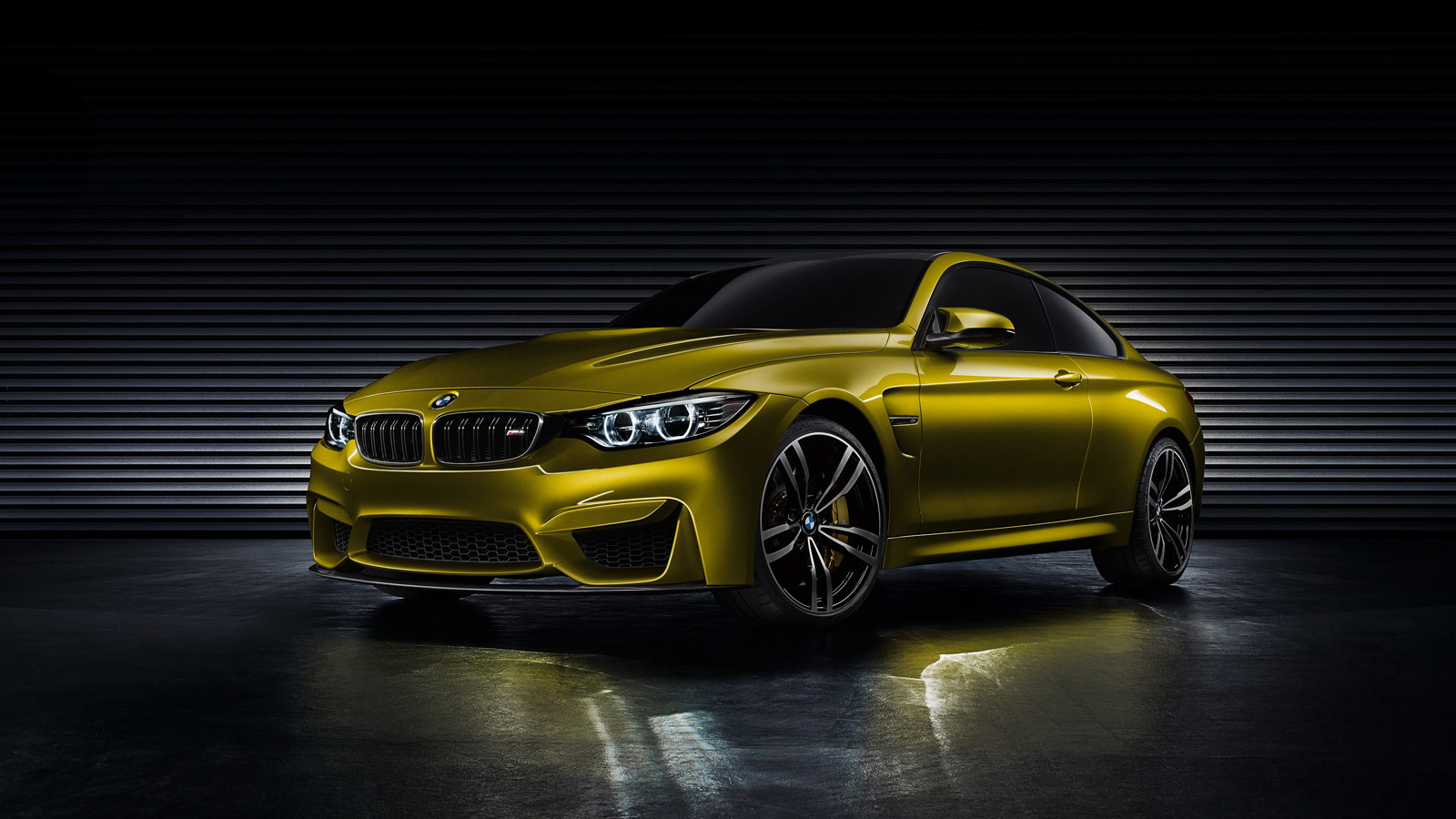 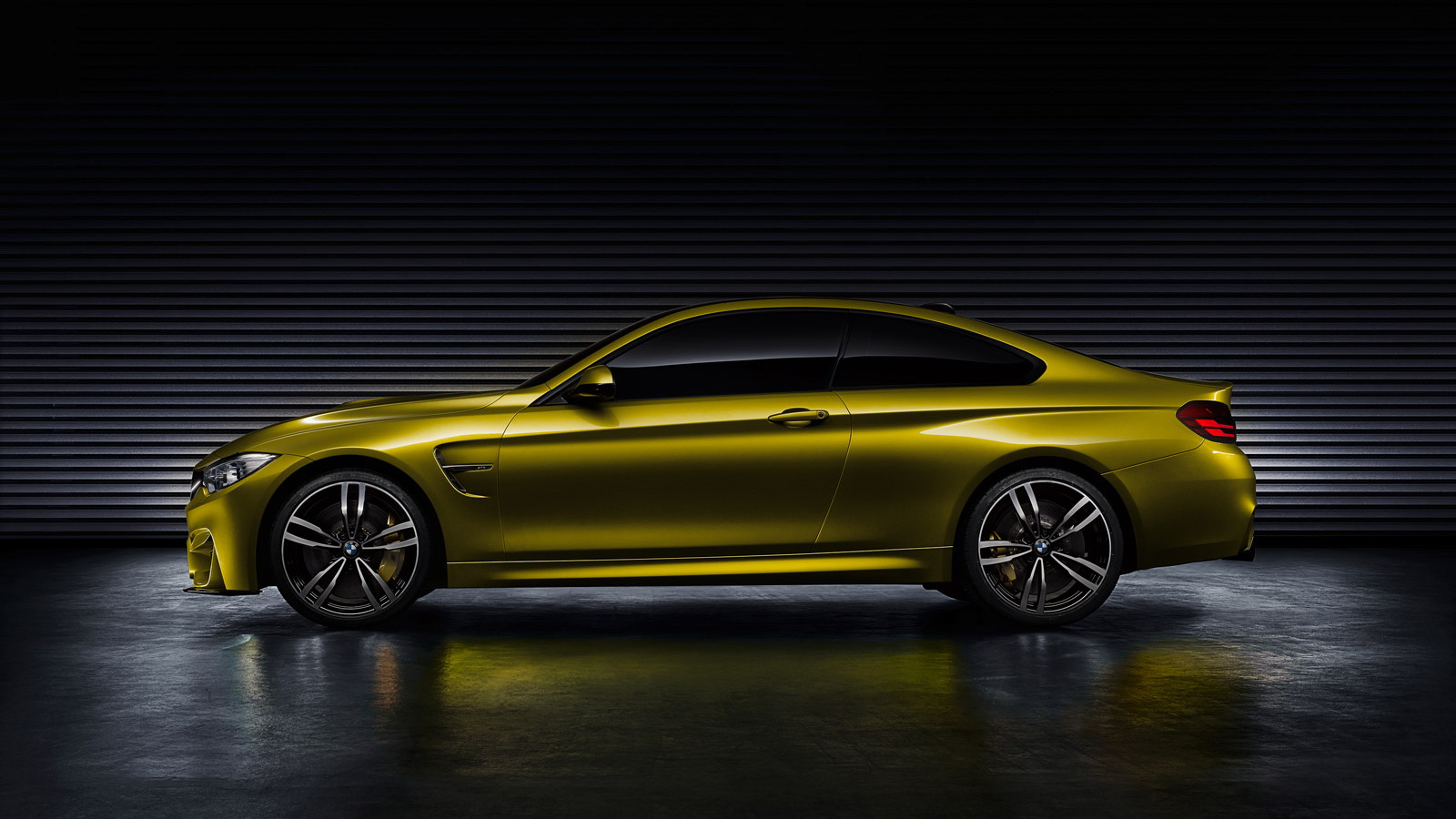 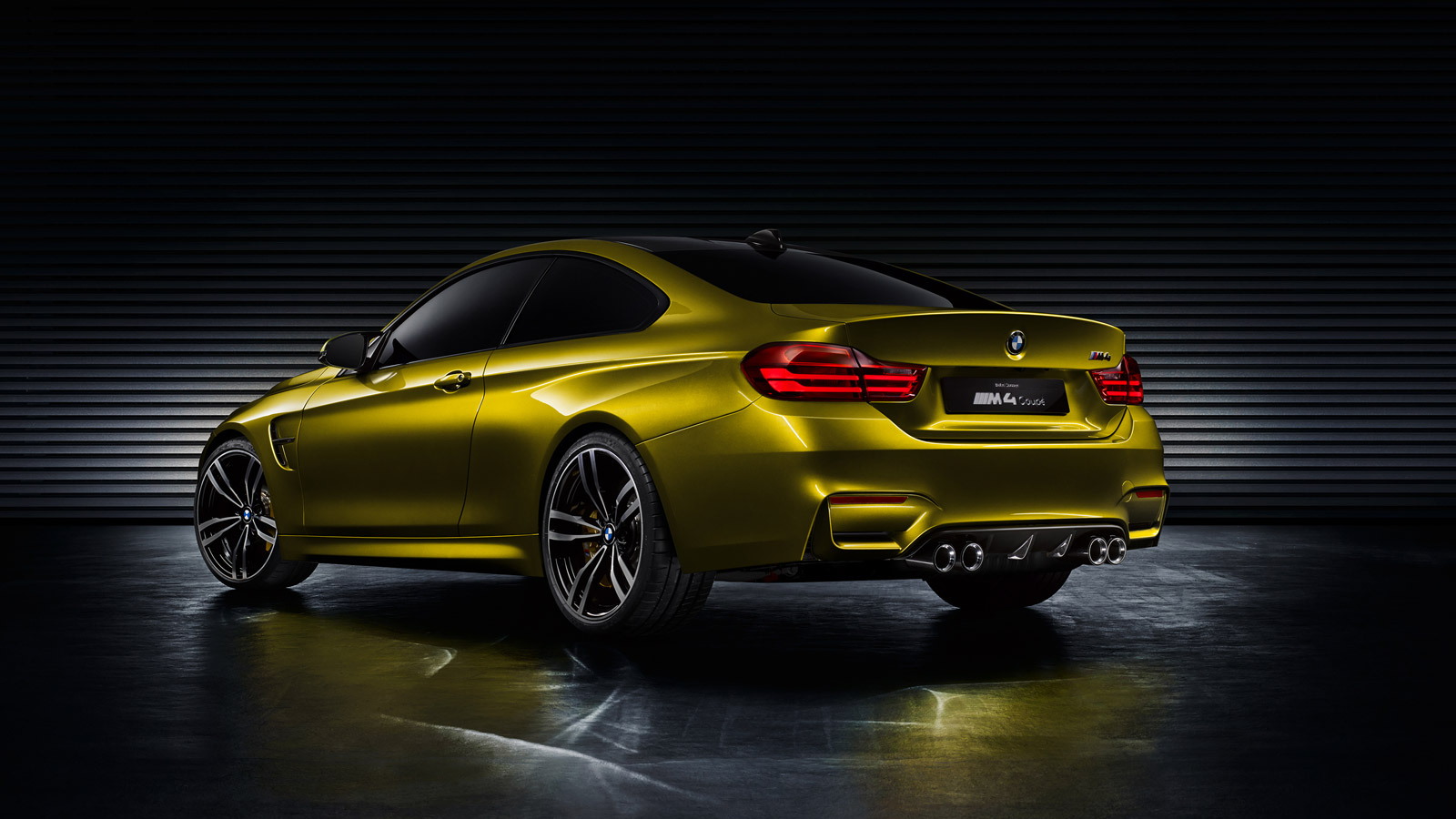 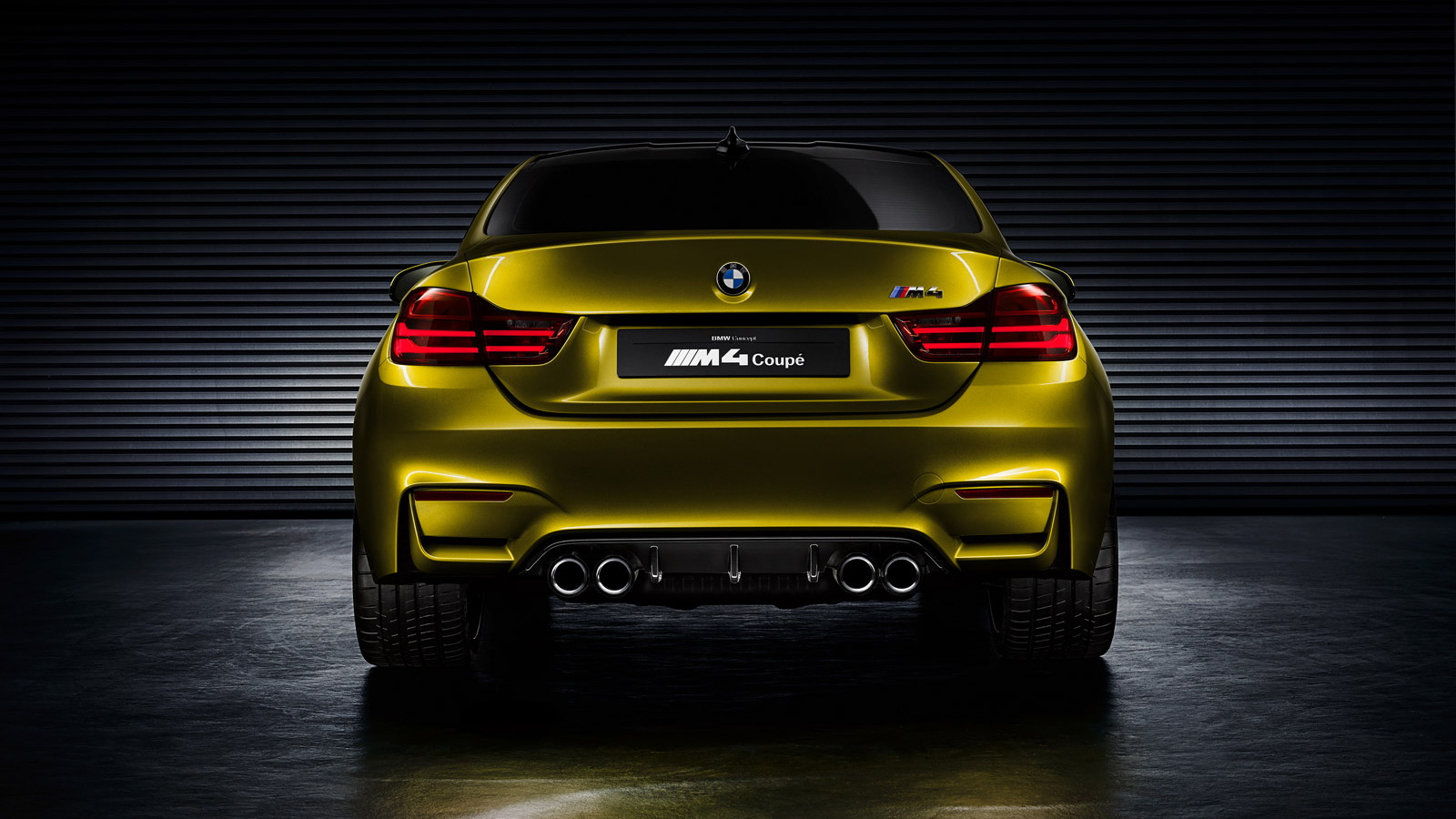 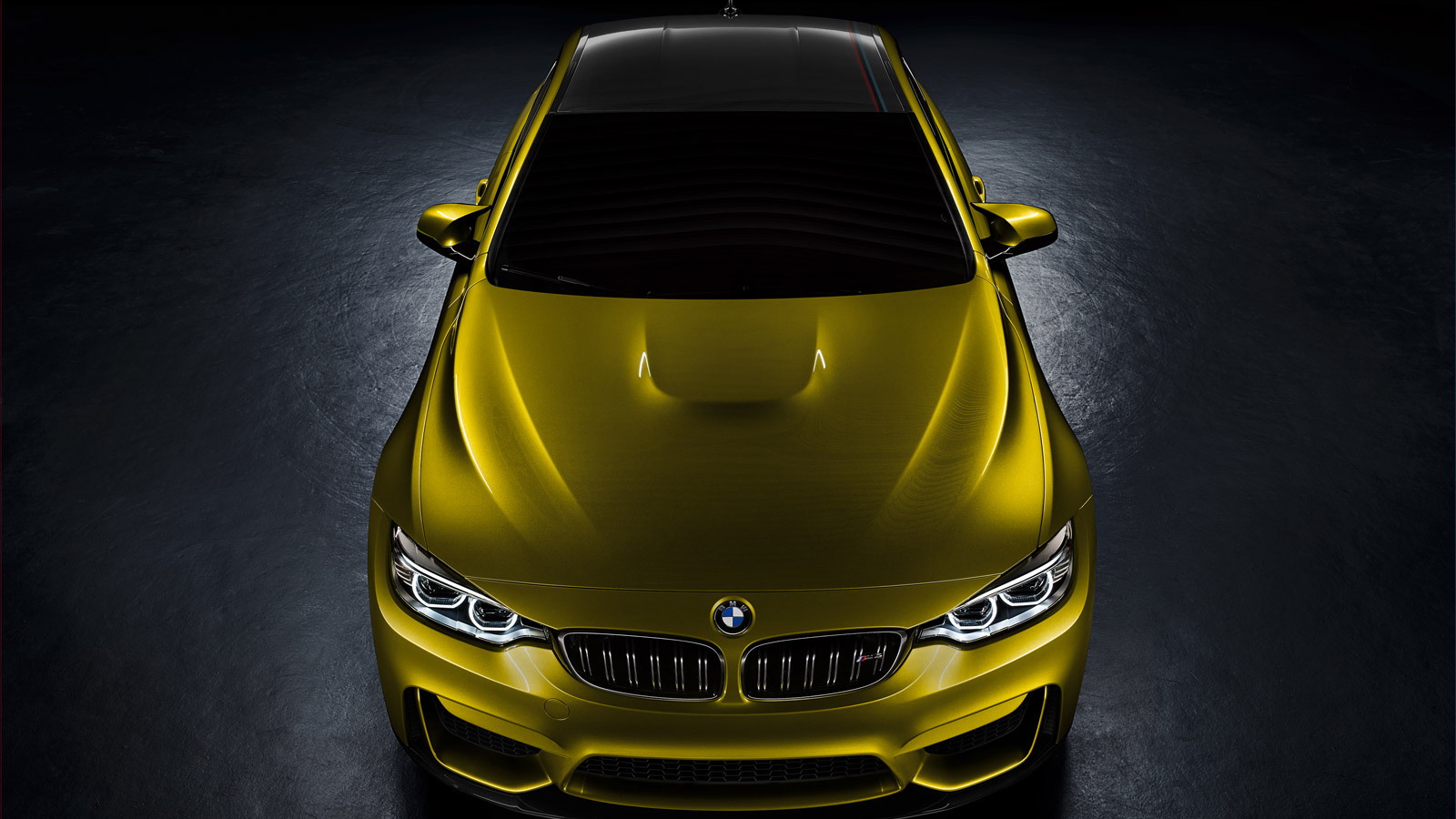 11
photos
M fans need wonder no more; the BMW Concept M4 has just been revealed at the 2013 Pebble Beach Concours d’Elegance taking place in Monterey, California this week. Though still a concept, the car is an almost perfect representation of BMW’s successor to the M3 Coupe, the new M4 (F32) , which we’re expecting to see debut at the 2014 Detroit Auto Show in January.

Starting with the already aggressive-looking BMW 4-Series, we can see that designers of the Concept M4 have turned things up a notch. Pumped fenders, chunky alloy wheels and carbon fiber used on the roof and exhaust tips all scream performance, and it’s great to see that the previous M3 Coupe’s powerdome hood has been retained.

Up front, three large air intakes feed air to the car’s high-performance powerplant. The vertical air vents located at the outer sections of the bumper, known as an air curtain, ensures the aerodynamic closure of the wheel arches and consequently, improved air flow and efficiency.

Moving to the side, there are muscular wheel arches, sporty side sills and a carbon fiber-reinforced plastic roof. At the rear, a small spoiler is integrated into the trunk lid and below this sits a diffuser with four exhaust outlets finished in carbon fiber. The wheels are 20-inch light alloys and within these sit carbon ceramic brakes.

The last thing BMW is willing to tell us about the car is its color, which is called Aurum Dust and will be an M4 exclusive. There’s that name again…

Calling this car an M4 may upset traditionalists but all should be forgiven once it's seen in person. And it’s not like the M3 has been culled. The sedan version of the M4 will still be called an M3 and it should feature the same aggressive look you see here, albeit with a more practical four-door body. It’s expected to debut in production trim alongside the M4 in Detroit. Both cars should be in showrooms next spring.

What’s still unclear is what will be powering them. The engine is believed to be a 3.0-liter unit codenamed the S55. That makes it sound very much like a high-performance derivative of the N55 found in the latest 335i and 435i models, which makes sense as the BMW M Division is no longer building standalone engines. A pair of turbochargers and tuning of the heads should get performance to the levels demanded by an M car. We’re expecting a power figure somewhere between 400 and 450 horsepower.

Drive will be sent to the rear wheels only, most likely via a limited-slip differential. You can hear the new engine in a teaser video released by BMW M earlier in the week. It has a raspy note similar to the 3.2-liter straight-six last used in the E46 M3.