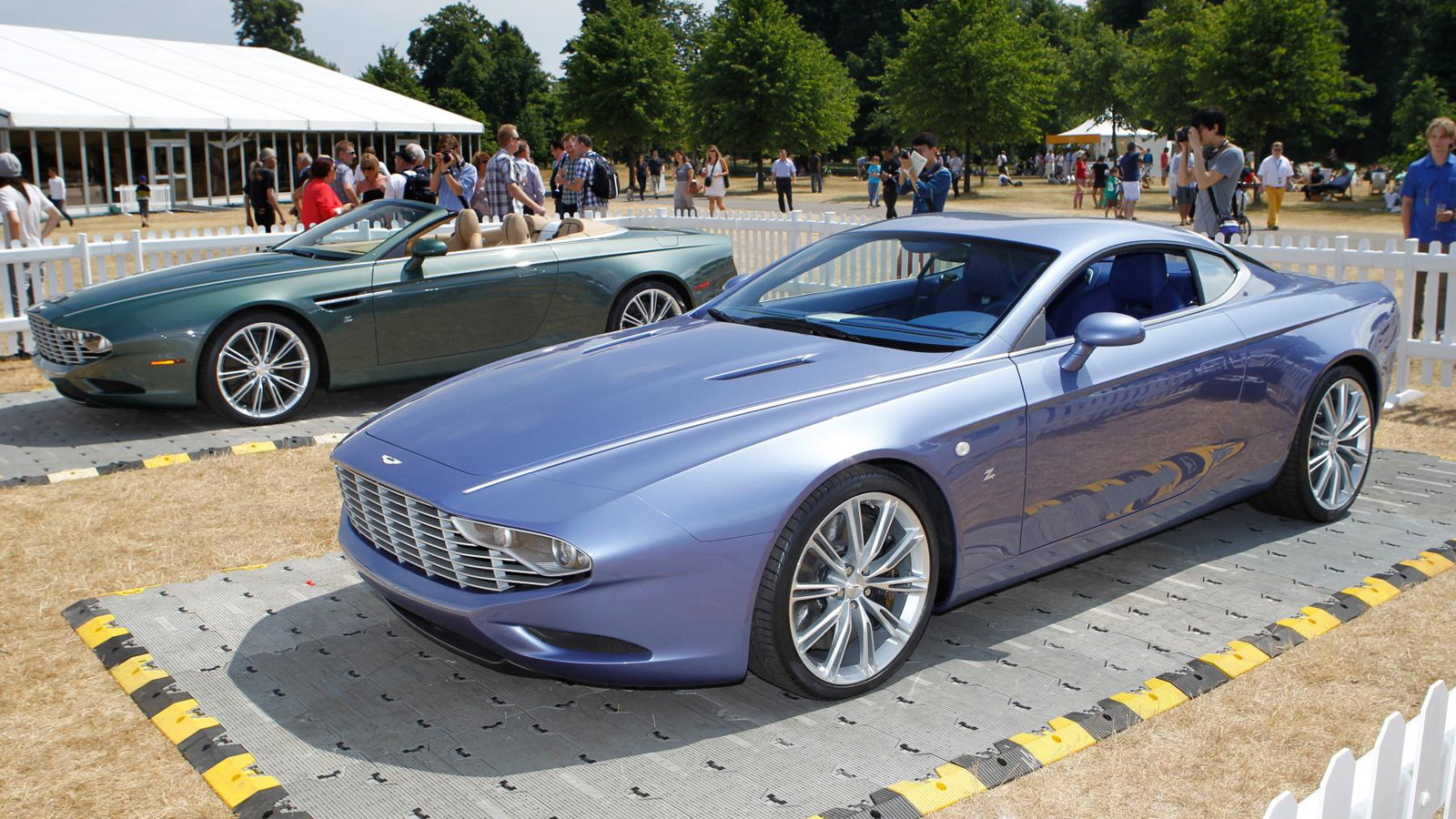 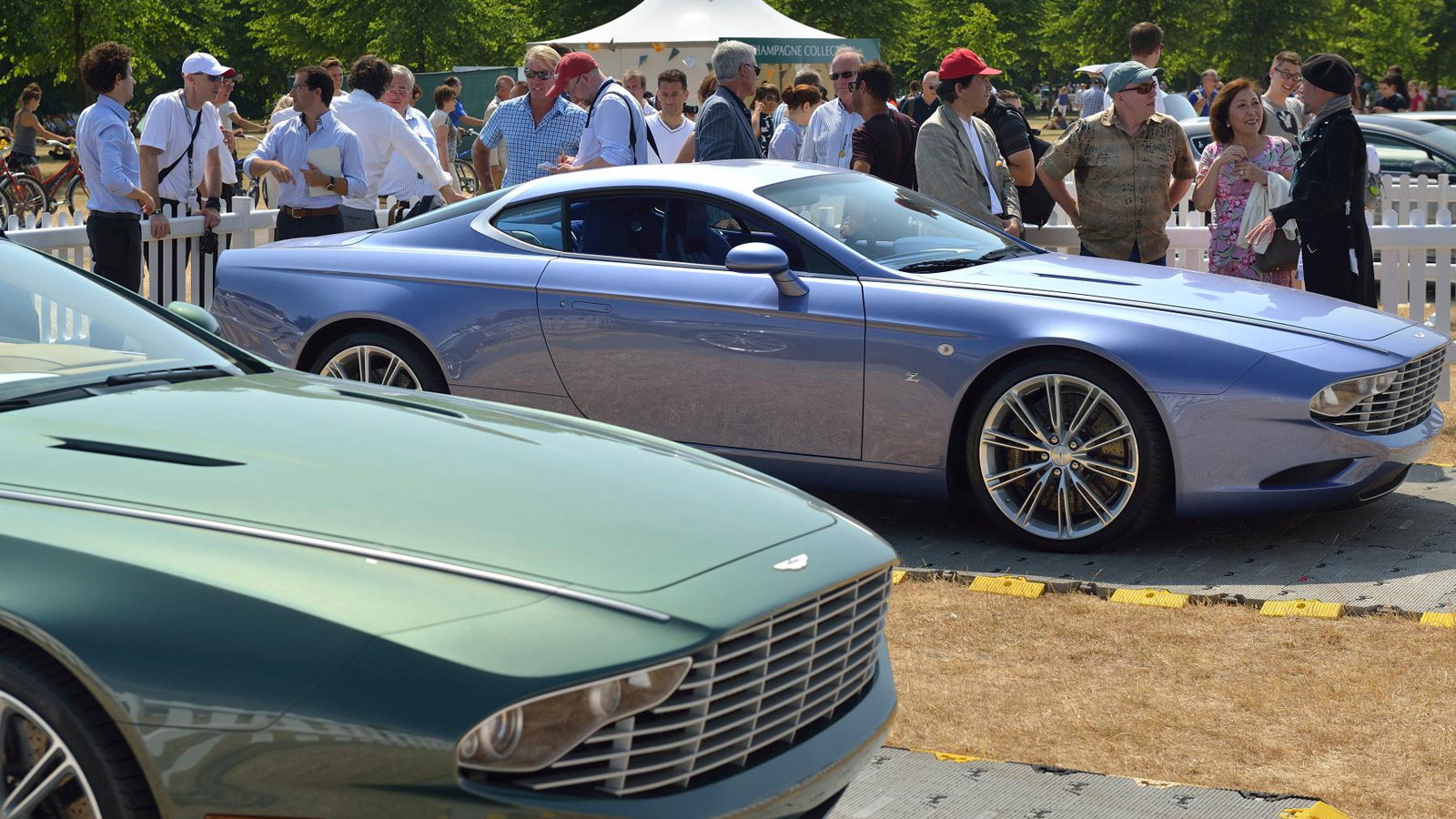 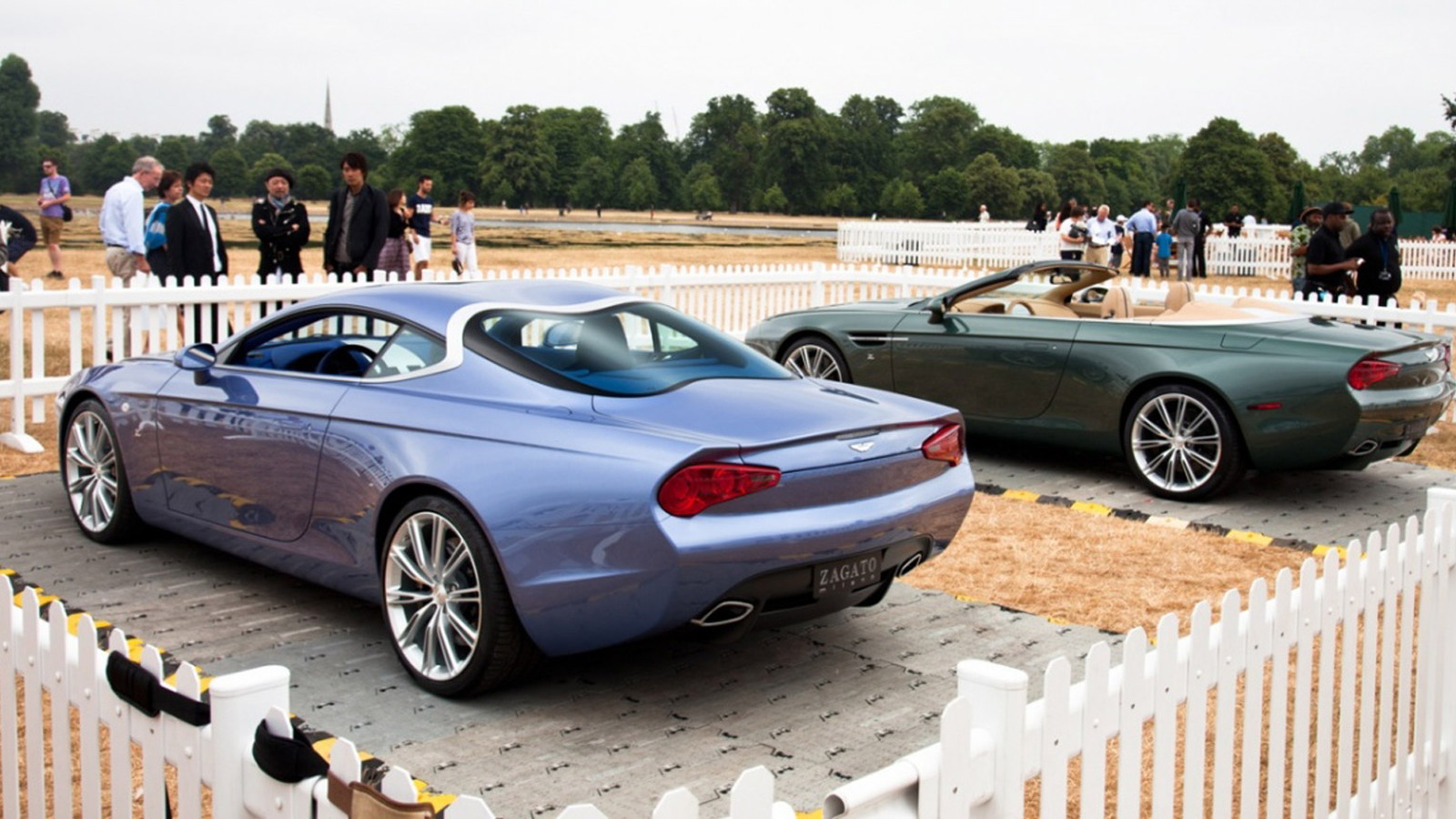 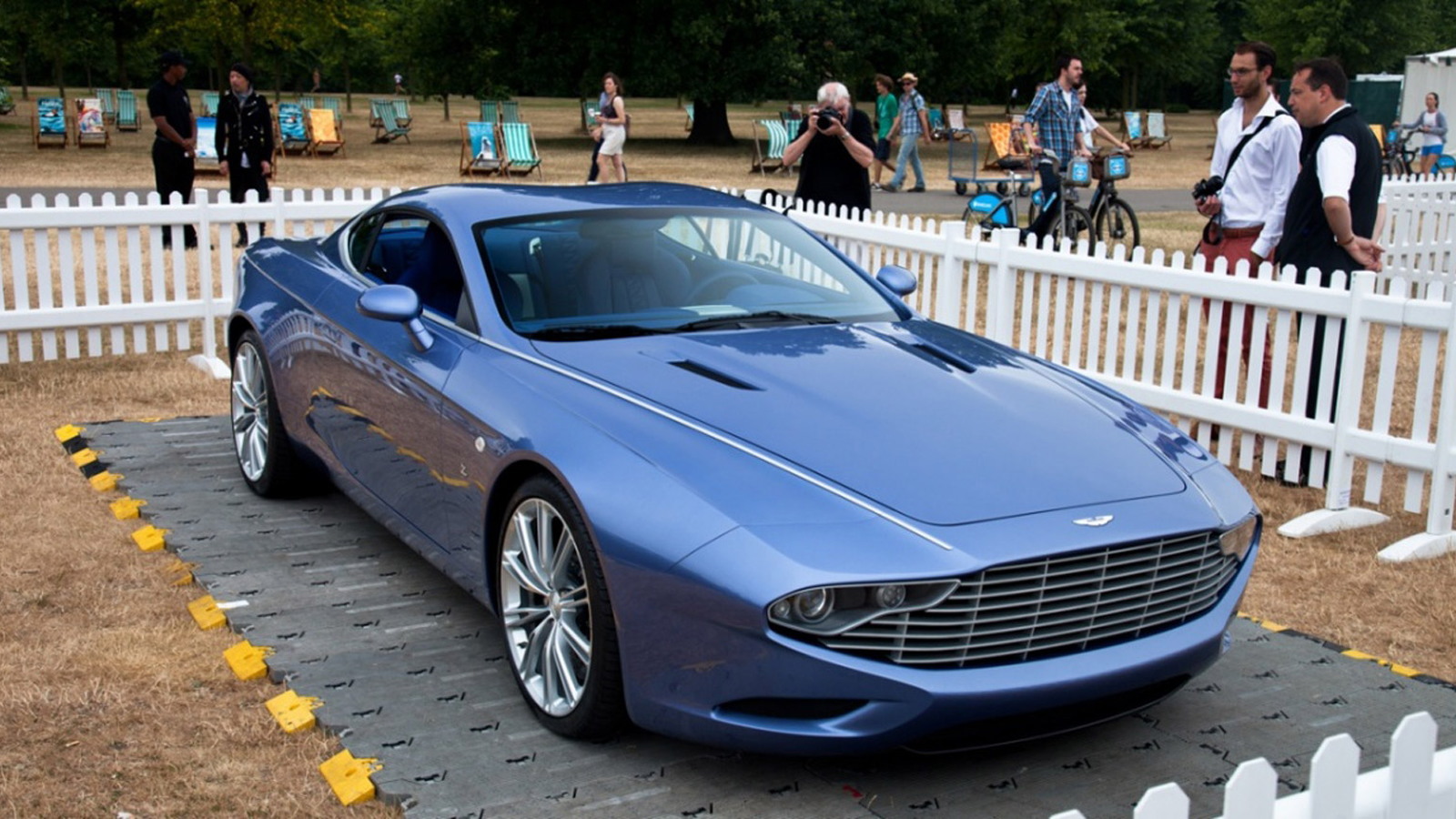 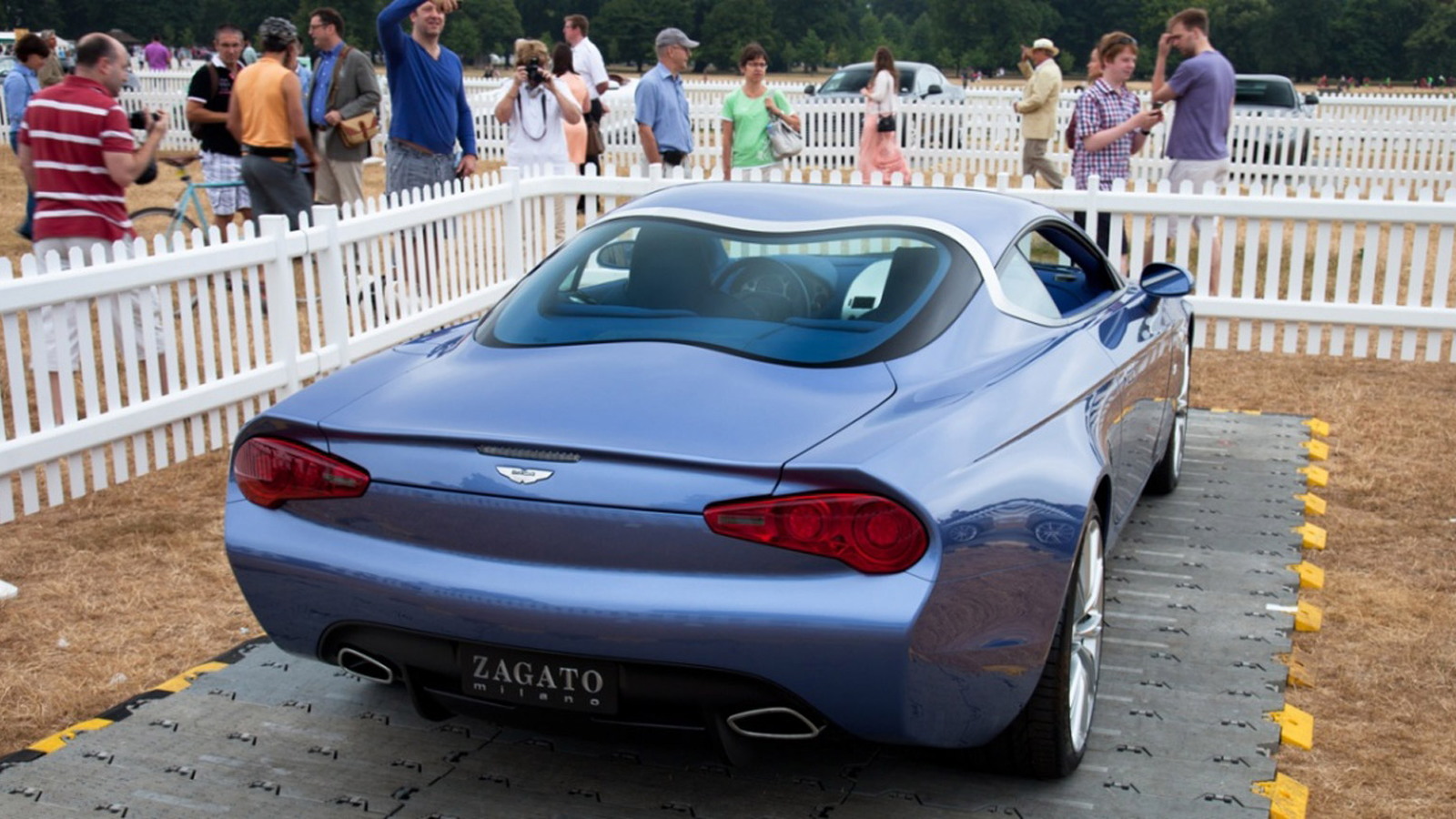 12
photos
As part of its ongoing centenary celebrations this year, Aston Martin organized the largest-ever gathering of its customers and their cars in the city of London over the weekend. Around 50,000 guests and 550 Aston Martin cars took part in the event, the highlight of which was the official presentation of two very special models.

They were a pair of one-off creations from Aston Martin’s established design partner Zagato. As we previously reported, the two cars, a DBS Coupe Zagato Centennial and a DB9 Spyder Zagato Centennial, were commissioned by a pair of private collectors, one of whom was America’s own Peter Read.

In explaining their design, Zagato chief designer Norihiko Harada said, “Redesigning the DBS and DB9 was a difficult job--our challenge was to bring sporty styling together with a more Mediterranean luxury GT feel, all with typical Zagato quality.”

Also on show were Aston Martin’s forward-looking CC100 Speedster concept and all three Bertone Jet shooting brake concept cars. Aston Martin’s proud 50-year association with James Bond was also represented, with seven of the movie cars on display including the iconic DB5 from the most recent blockbuster, Skyfall.

Motorsport was, naturally, a key feature, too, with a display dedicated to some of the most significant and successful racing cars in Aston Martin history. Highlights included the Ulster, iconic DBR1, legendary DB4 GT Zagato and more recent Gulf-liveried V8 Vantage GTE.

Finally, fans were treated to the appearance of virtually Aston Martin’s 100-year history of cars, from the 1921 A3 prototype, the oldest surviving car, to the Vanquish Centenary Edition, forthcoming V12 Vantage S and latest Vanquish Volante.