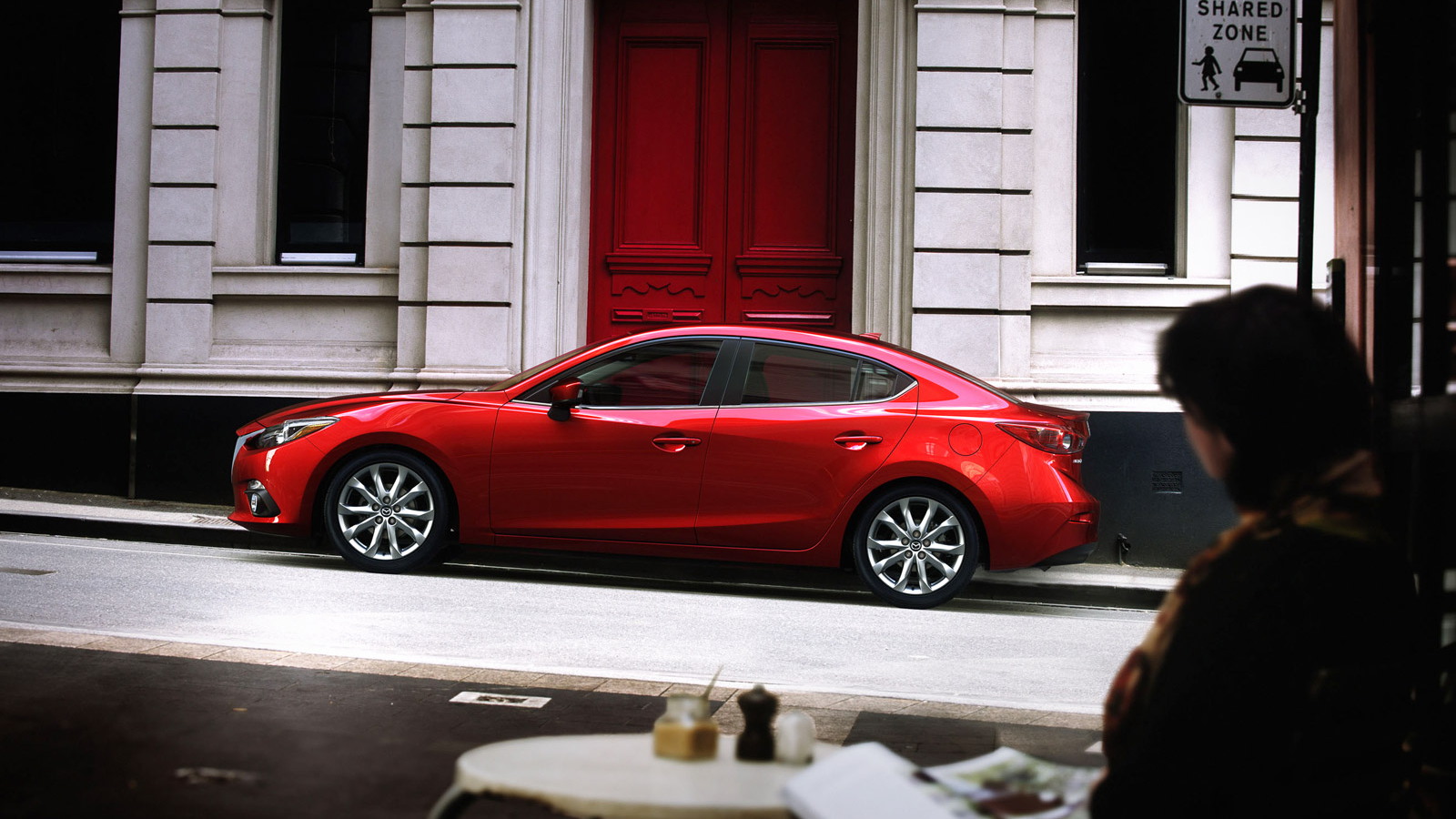 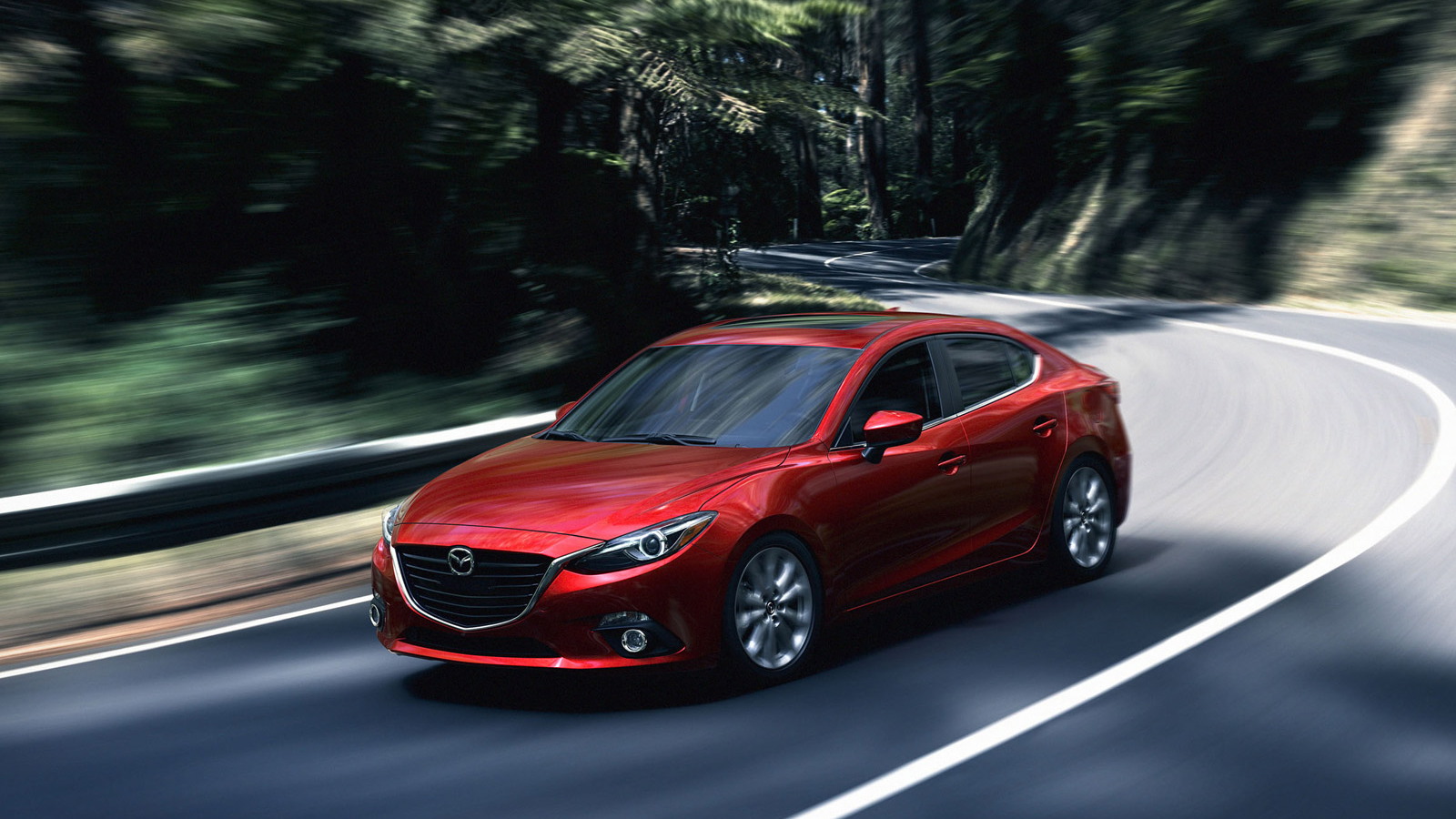 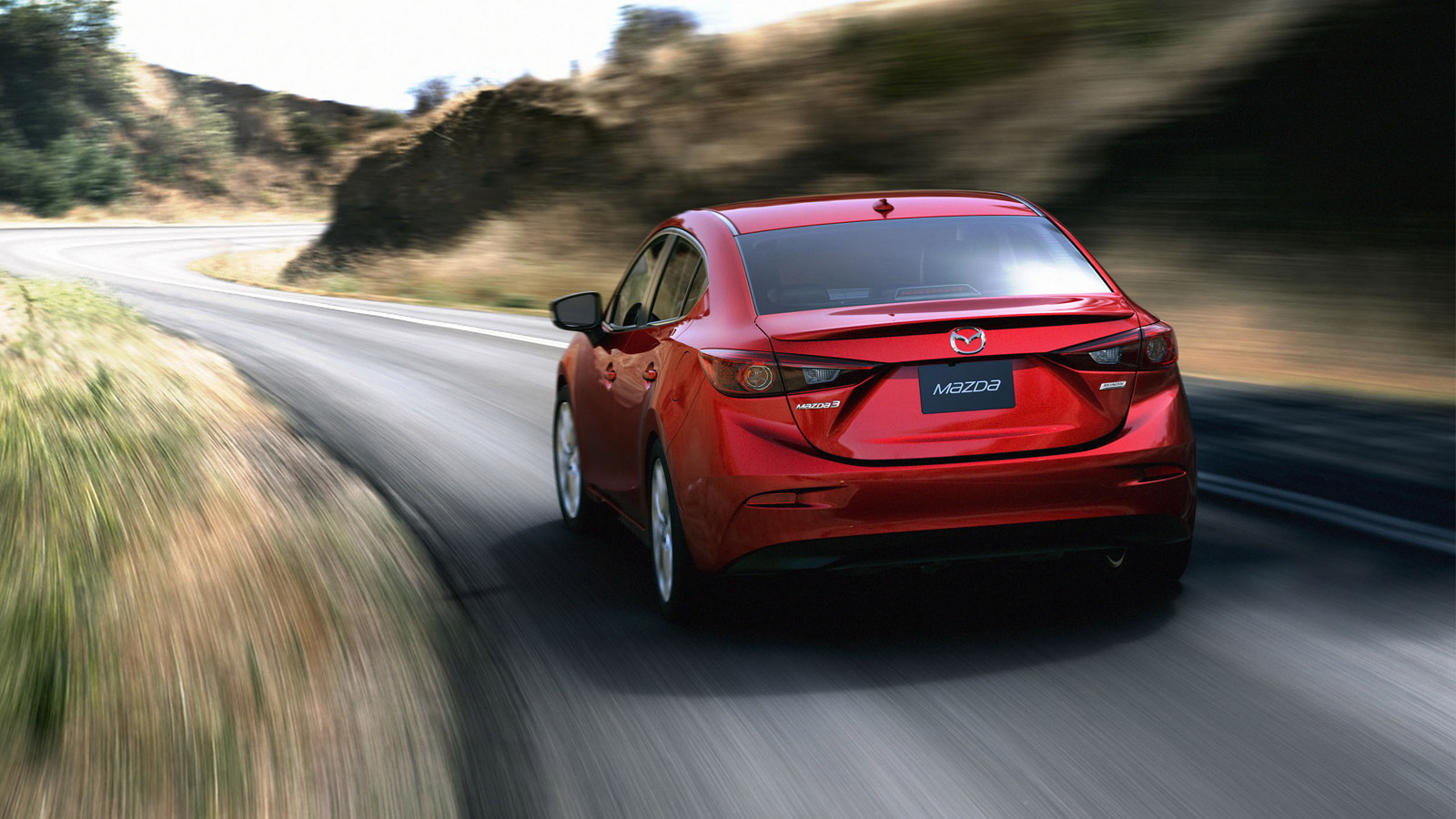 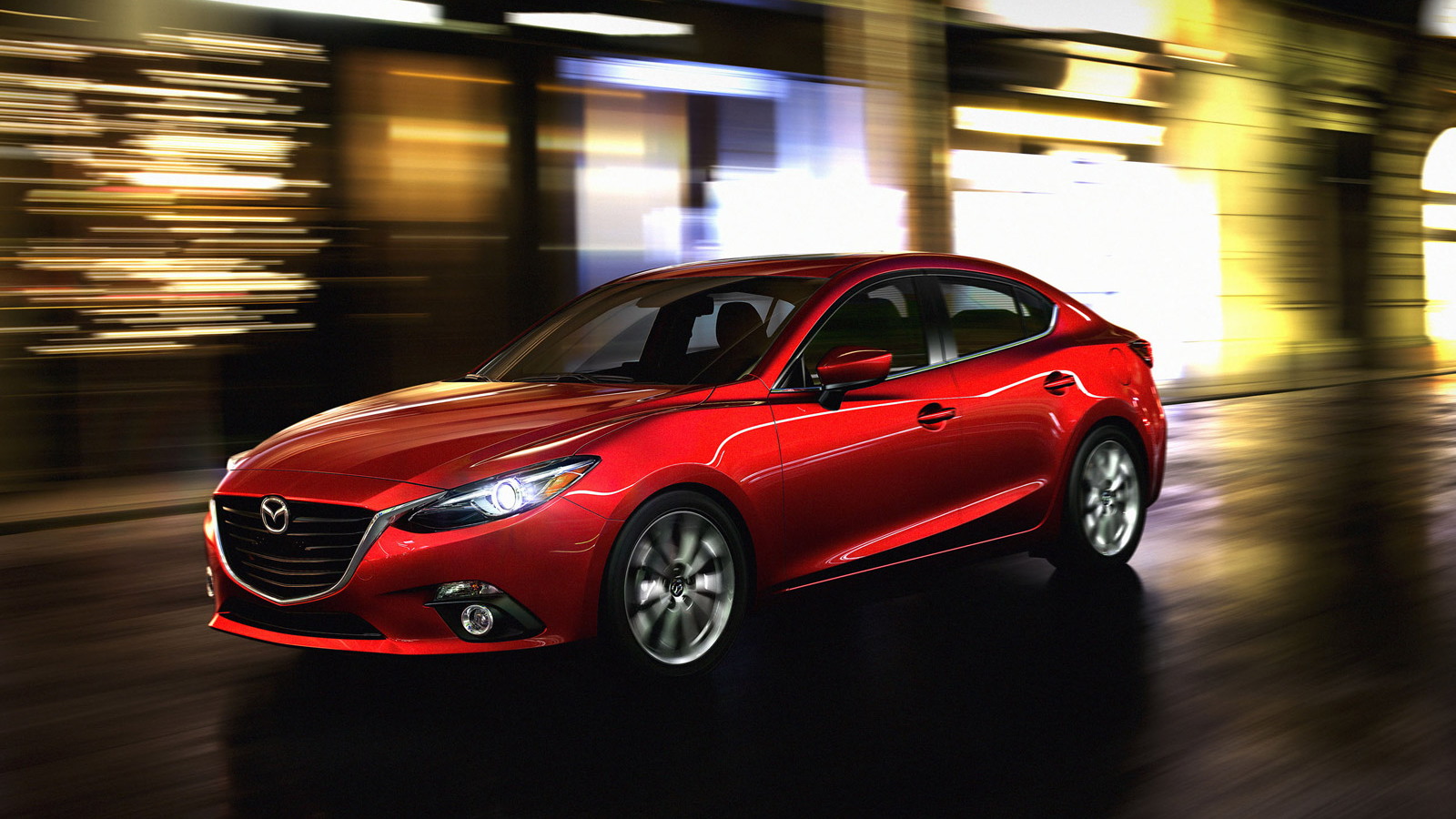 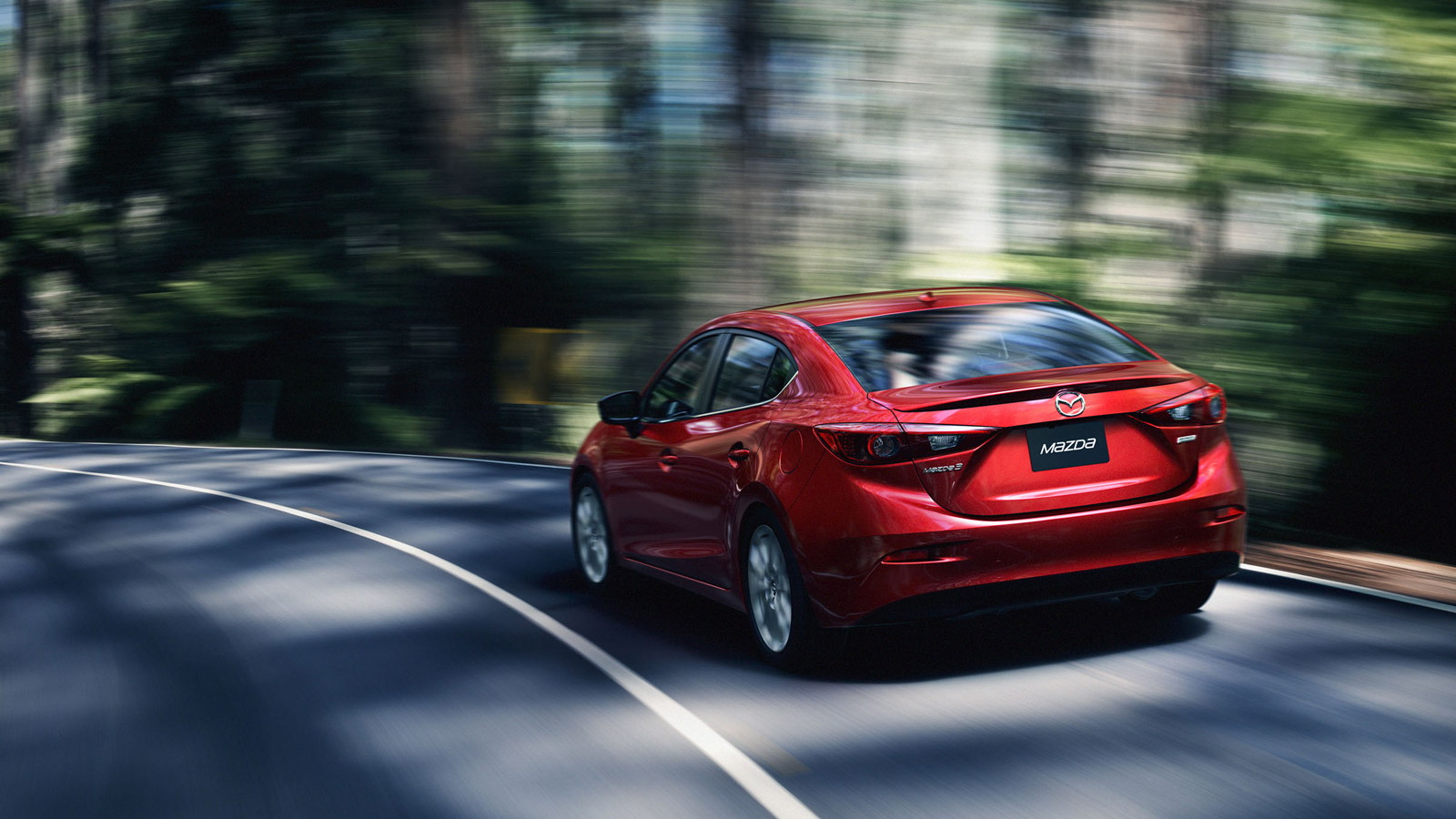 25
photos
Official details for the all-new 2014 Mazda 3 sedan have finally hit the Web, revealing the stylish compact from virtually every angle. As expected, the redesigned sedan shares its styling with the 2014 Mazda 3 hatchback revealed last month, except for its trunk section, which adopts a traditional notchback design.

Mazda’s Kodo design theme is said to be slipperier on the sedan, with the four-door Mazda 3 variant generating a drag coefficient of just 0.26 versus the 0.28 of the five-door hatch. The sedan is expected to be the more popular Mazda 3 variant here in the U.S., so it’s good to see its lines are somewhat pleasing as well as being efficient.

Underpinning the car is a shortened version of the platform found in the CX-5 crossover and Mazda 6. It’s mostly conventional steel though some ultra-high tensile steel is also used to help save weight. The new platform has seen the wheelbase increase by about 2.4 inches without the car’s overall footprint increasing.

Inside, the new Mazda 3 range offers a driver-focused cabin, with all the controls arranged symmetrically around the driver's centerline. One of the highlights of the interior is what Mazda calls the Active Driving Display. It's a clear panel that pops up from behind the gauge cluster, and it can display speed, turn-by-turn directions, and other information. It's one of the first applications of a head-up display-like feature in the mainstream compact car class.

Both engines will be available with either a six-speed automatic transmission or six-speed manual gearbox.

Overseas, a 1.5-liter unit as well as a 2.2-liter clean diesel will also be available. Further down the track a hybrid version will be launched, but so far it’s only been confirmed for the Japanese market.

Sadly, Mazda is yet to confirm whether a Mazdaspeed variant will be offered, though given the popularity of the previous generation we wouldn’t be surprised to see a new Mazdaspeed3 eventually turn up.

Sales of the 2014 Mazda 3 range commence this fall. Pricing is yet to be announced by should come close to matching the $17k starting point for the outgoing model. For more information be sure to read The Car Connection's full preview here.