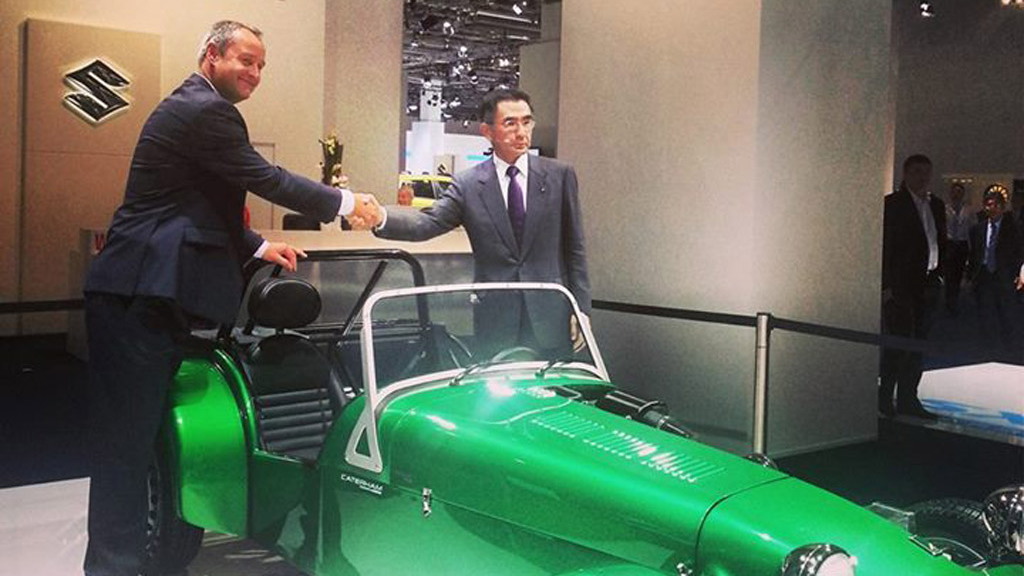 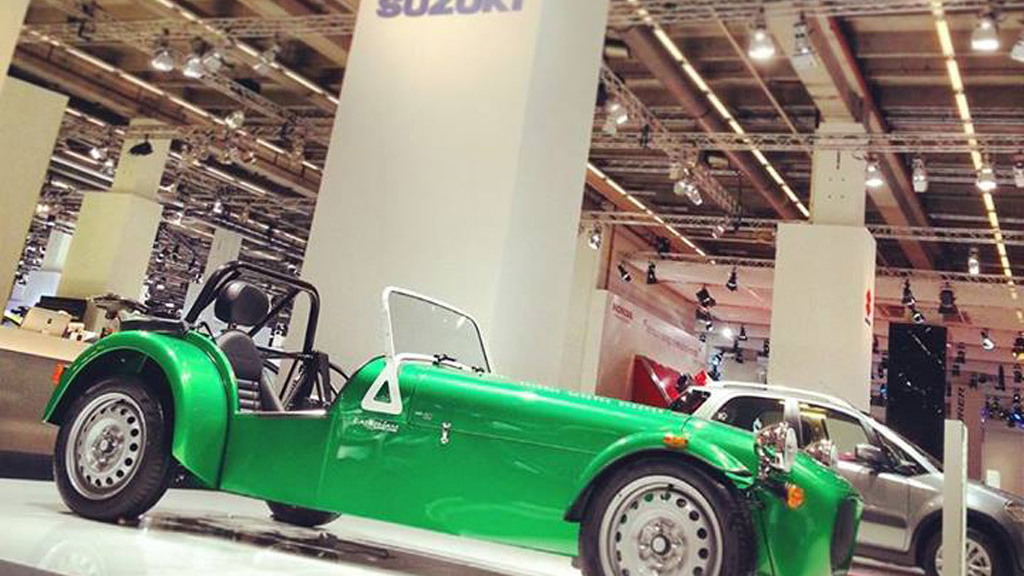 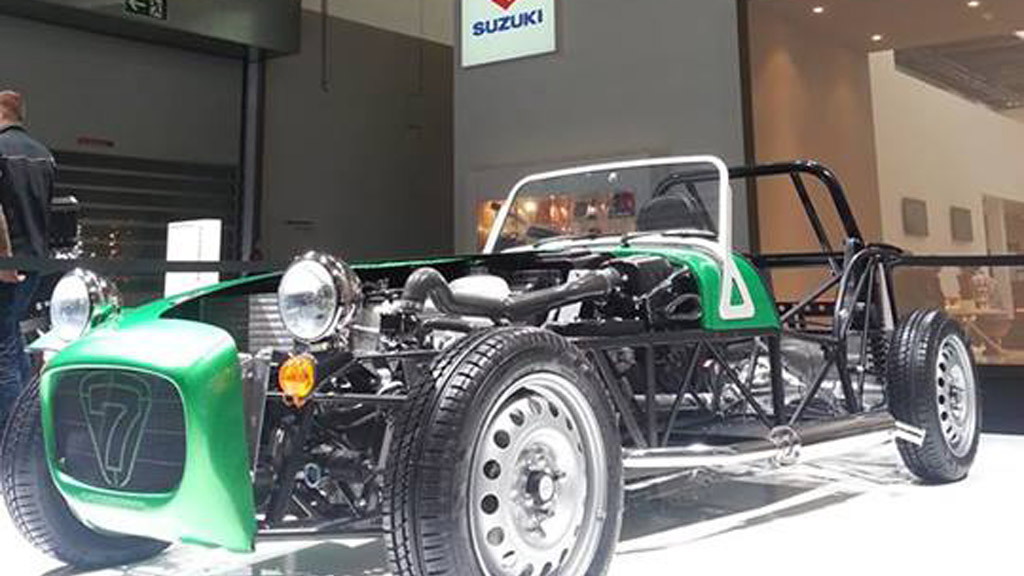 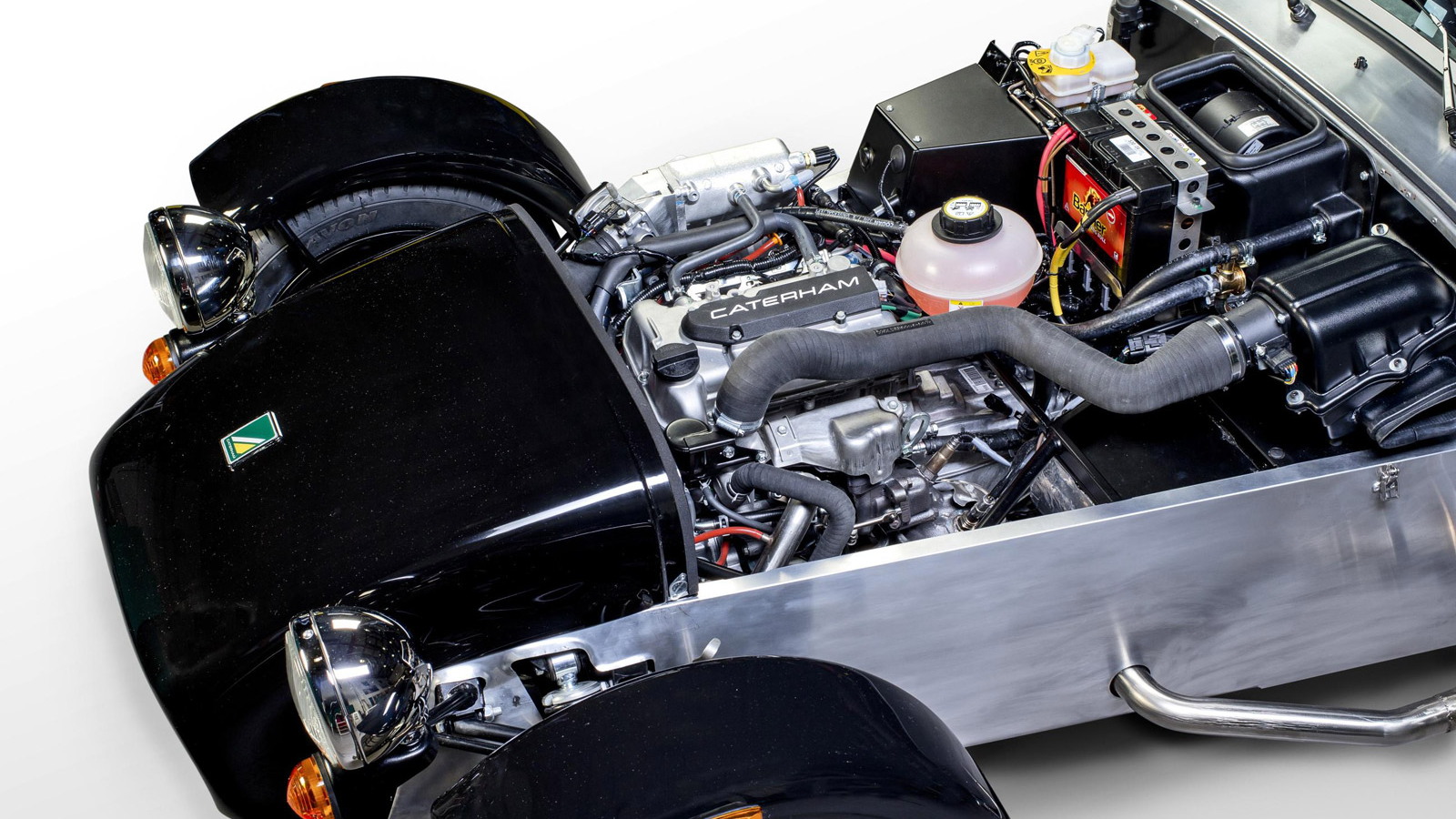 4
photos
British track car specialist and Formula One team Caterham is about to expand into the potentially lucrative world of performance road cars and is even eying the launch of a supercar, but the company certainly hasn’t forgotten its roots. Caterham is launching an affordable, entry-level version of the iconic Colin Chapman-designed Lotus Seven track car, which it owns the rights to.

That entry-level version is the new Caterham Seven 165, which made its debut this week at the 2013 Frankfurt Auto Show. The new track special pays homage to Chapman’s pursuit of improved performance through less weight and will come with an accessible price tag of just under 17,000 British pounds (approximately $25,800).

The Caterham Seven 165 is powered by a turbocharged three-cylinder engine sourced from Suzuki. Peak output registers at 80 horsepower and 78 pound-feet of torque, and drive is sent to the rear wheels via a five-speed manual gearbox. In order to balance the car properly with such a tiny engine--it displaces just 660 cc--engineers needed to make revisions to the layout of the suspension and redesign other parts of the Seven chassis.

Caterham has previously said the engine and lightweight chassis combination could make it the most fuel-efficient Seven ever built. Production is scheduled to commence early next year, with sales to follow shortly after. Here in the U.S. you'll probably need to contact an independent dealer or importer.

Lest you think that Caterham is starting to become a bit soft, the company has also just launched one of its most powerful Seven-based track cars, the 620R. This model is powered by a supercharged version of Ford’s 2.0-liter Duratec four-cylinder engine and comes with 311 horsepower and 219 pound-feet of torque.