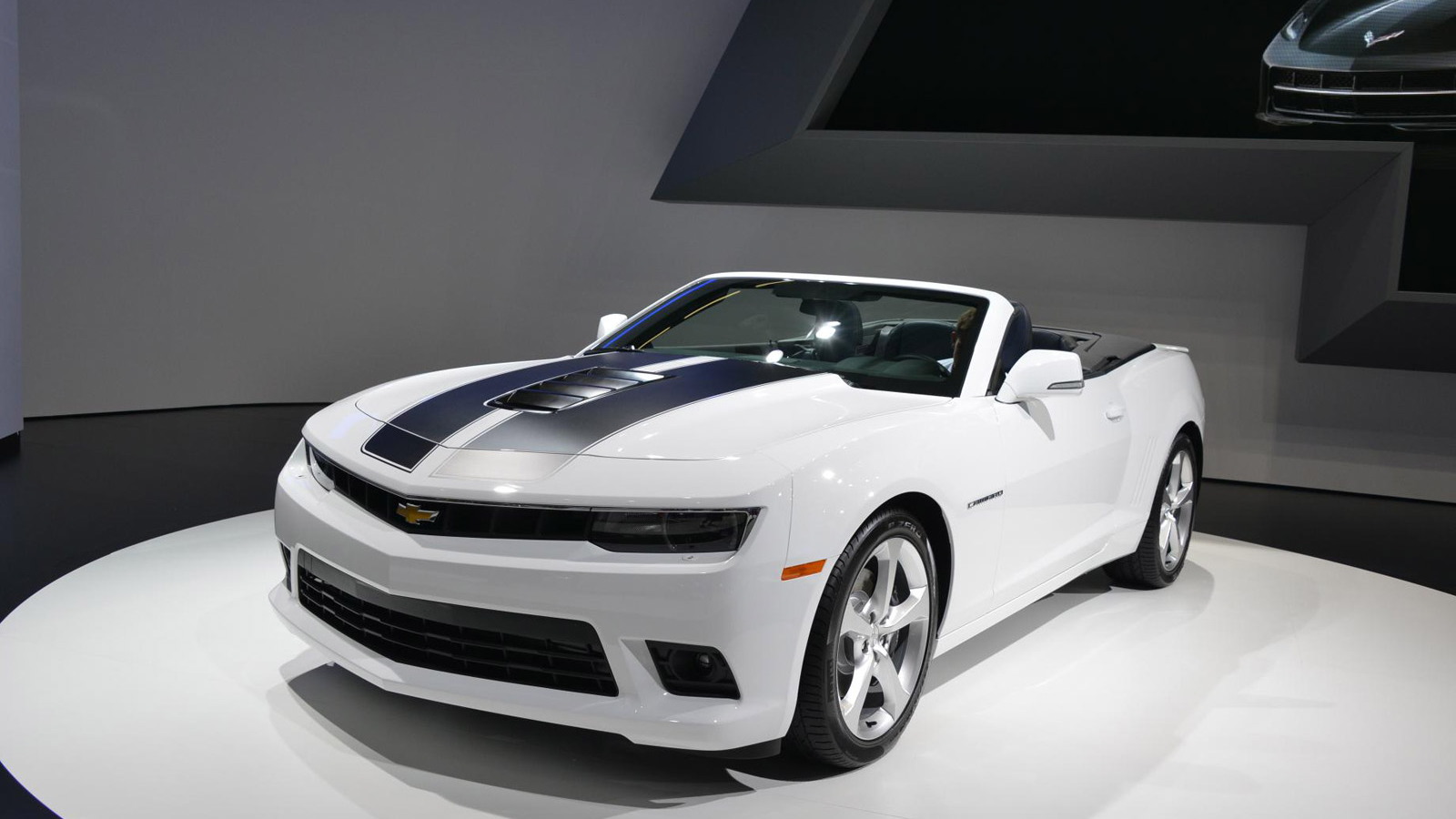 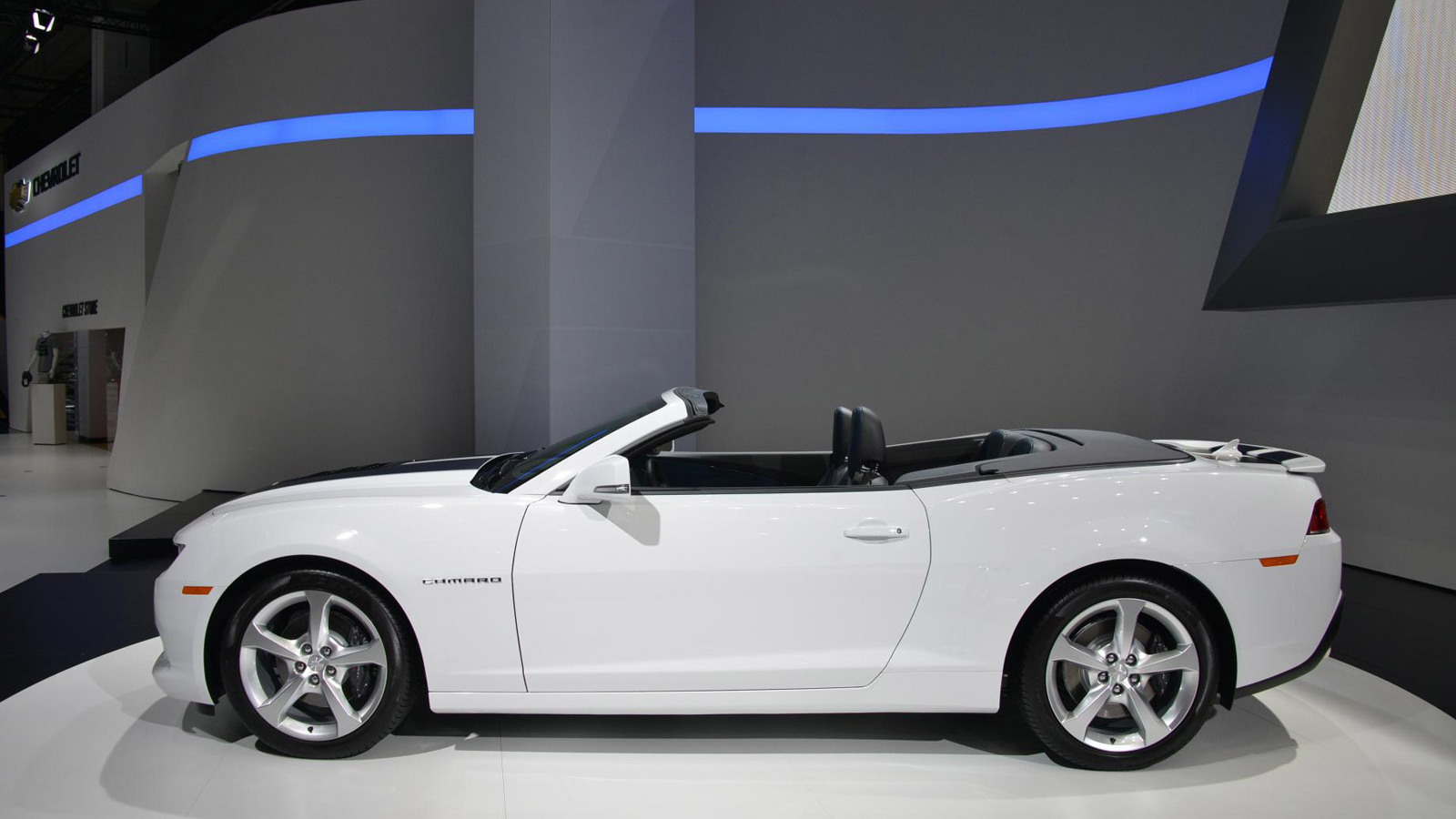 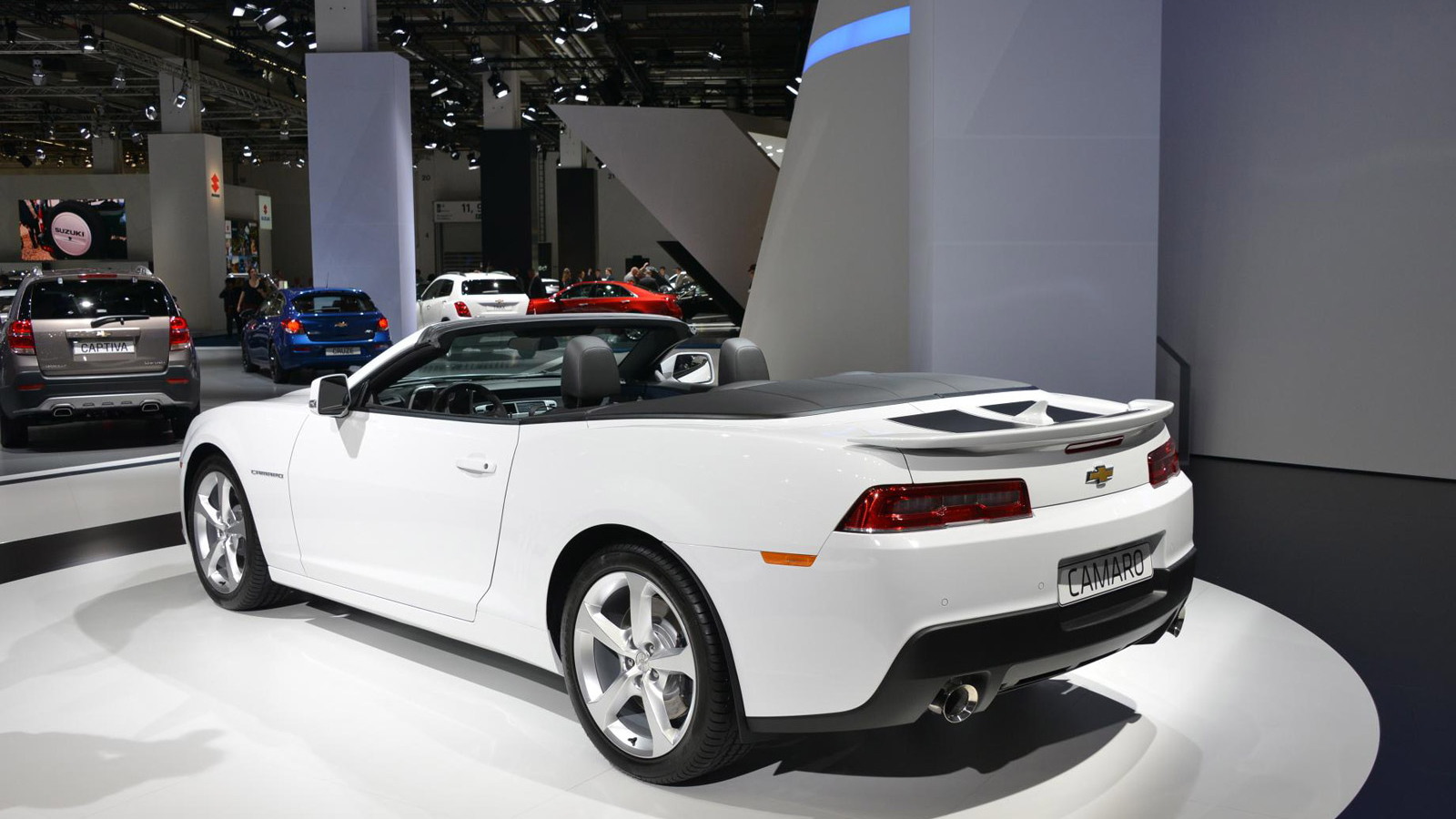 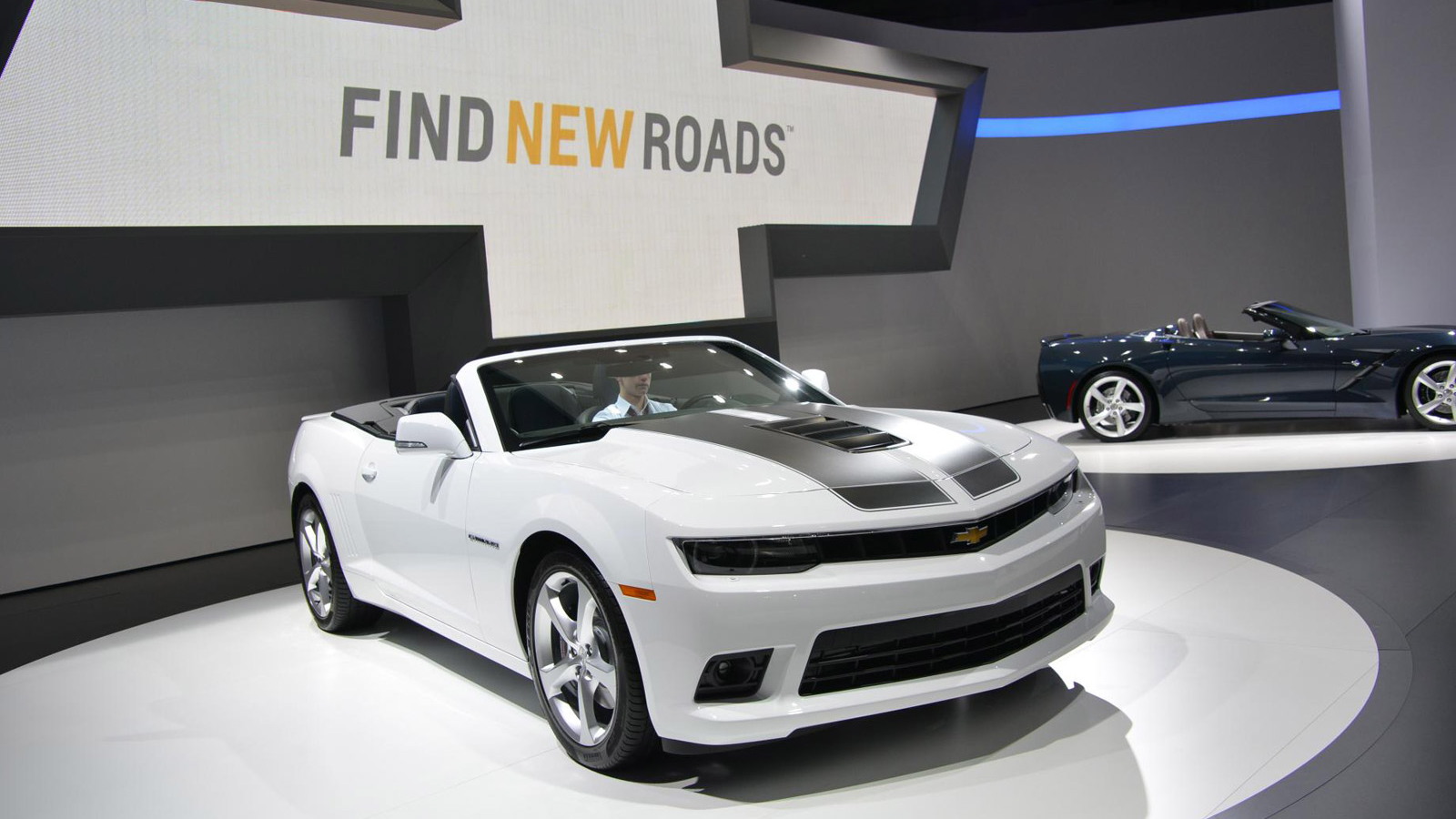 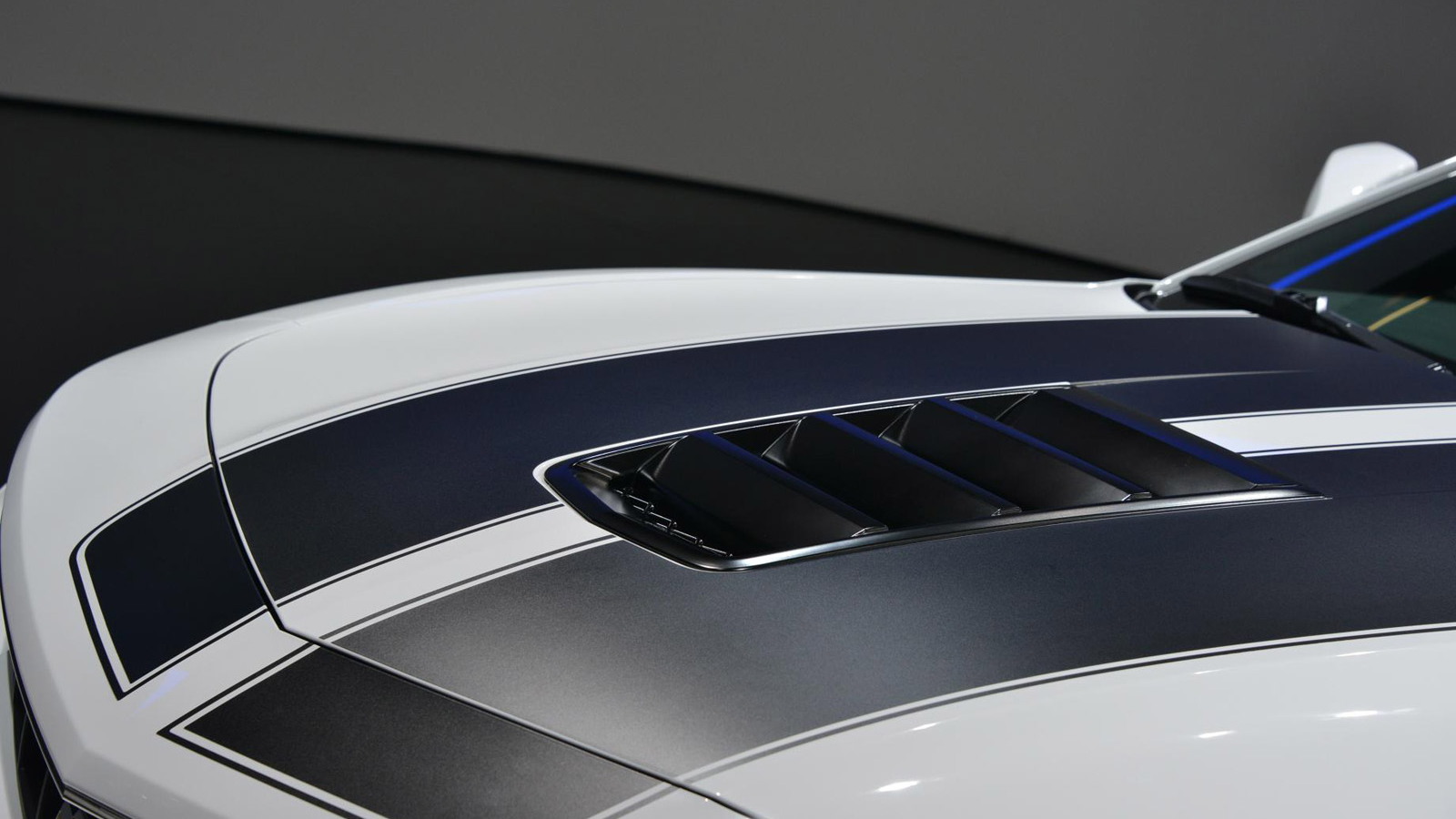 7
photos
Chevrolet’s updated fifth-gen Camaro, which is being introduced for the 2014 model year, has already debuted in coupe form and has spawned a new Z/28 flagship. Now the car’s convertible variant has made its debut,  with the covers coming off at this week’s Frankfurt Auto Show. This is the European version of the car, which comes exclusively with a V-8 engine, but it does reveal the new look we can expect on local versions when sales of the 2014 Camaro commence later this year.

Chevrolet used the German show to reveal its 2014 Camaro Convertible to bolster the brand’s image in Europe, where it’s hoping to build its presence. You may recall Chevrolet unveiled its 2014 Corvette Stingray Convertible at a major European event as well, the 2013 Geneva Motor Show.

The changes to the 2014 Camaro range are mostly cosmetic (excluding the Z/28), although Chevy’s MyLink interface with a seven-inch touch-screen display has been added in addition to a head-up display system. Unfortunately, the Recaro seats available on the 2014 Camaro coupe aren’t offered on the convertible since the drop-top requires seat-mounted seatbelts. We also hear that the convertible won’t be offered in Z/28 trim, though this was to be expected given the Z/28’s track-focused nature.

Visual changes to the 2014 Camaro include a more streamlined front that provides improved cooling and better stability at high speeds. The headlights are also slimmer and a vented hood has been added. Similar tweaks can be found at the rear, which is marked by its single-unit horizontal tail-lights.

No changes have been made to the powertrain lineup, which means the base Camaro Convertible’s 3.6-liter V-6 still delivers 323 horsepower. The SS’s 6.2-liter V-8 still rates at 426 horsepower (400 with the automatic) and the car can also be ordered in 1LE trim, even with the convertible bodystyle. The ZL1, meanwhile, keeps its 580-horsepower supercharged 6.2-liter V-8 and sees no visual changes due to the complex cooling structure of its front-end. The Z/28, which, as mentioned, will be coming in coupe form only, makes do with a 500-horsepower 7.0-liter V-8.