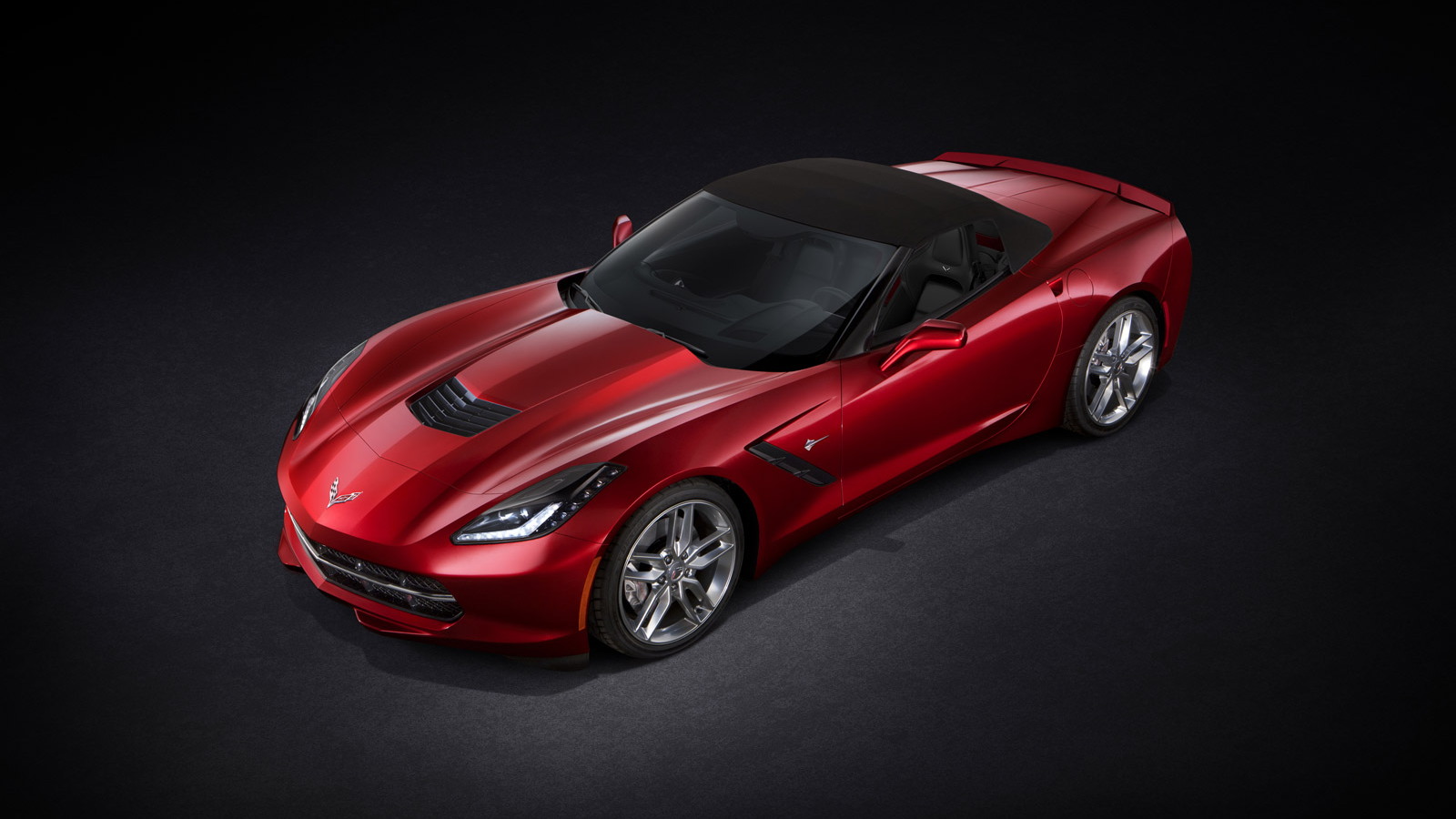 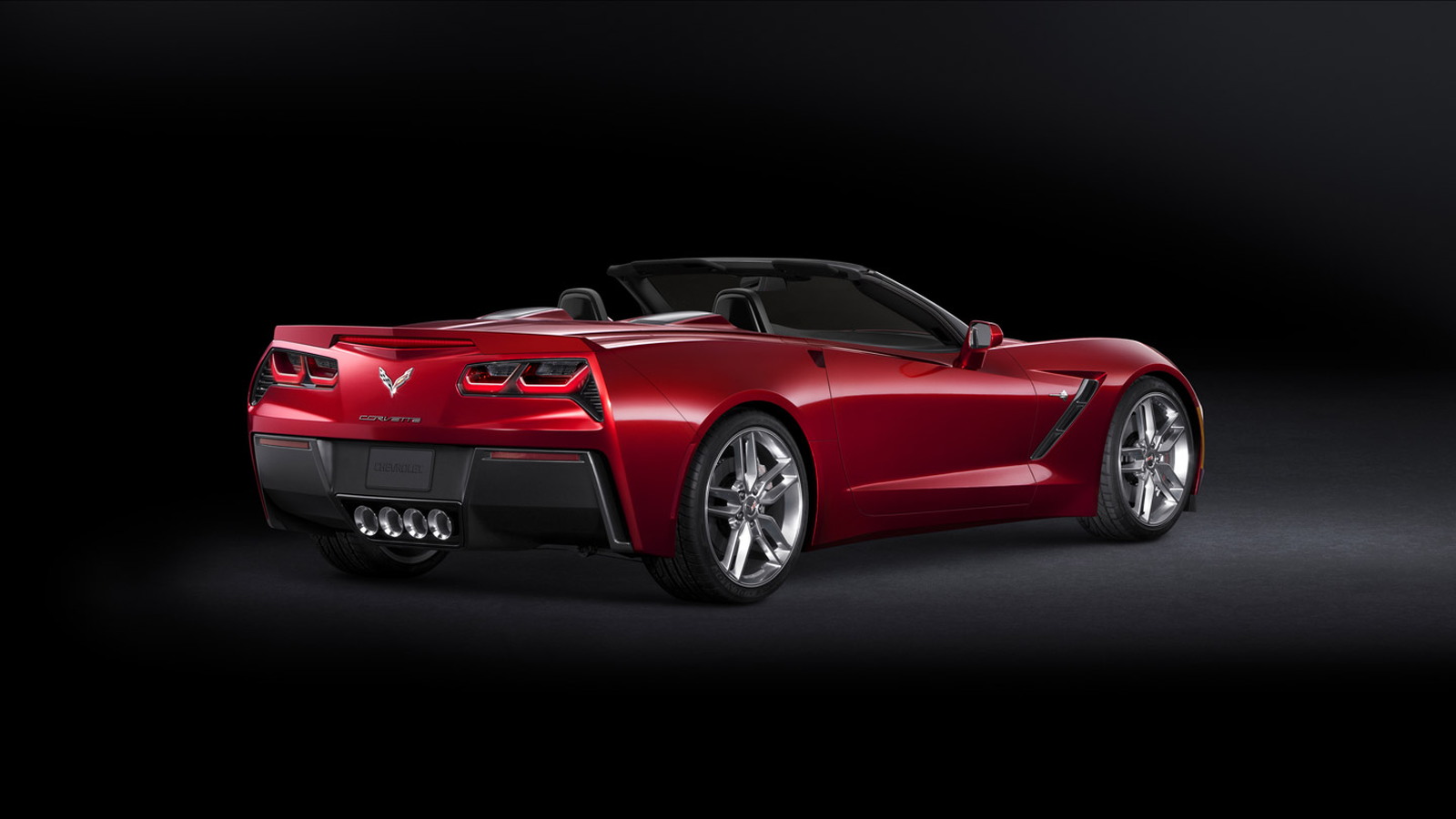 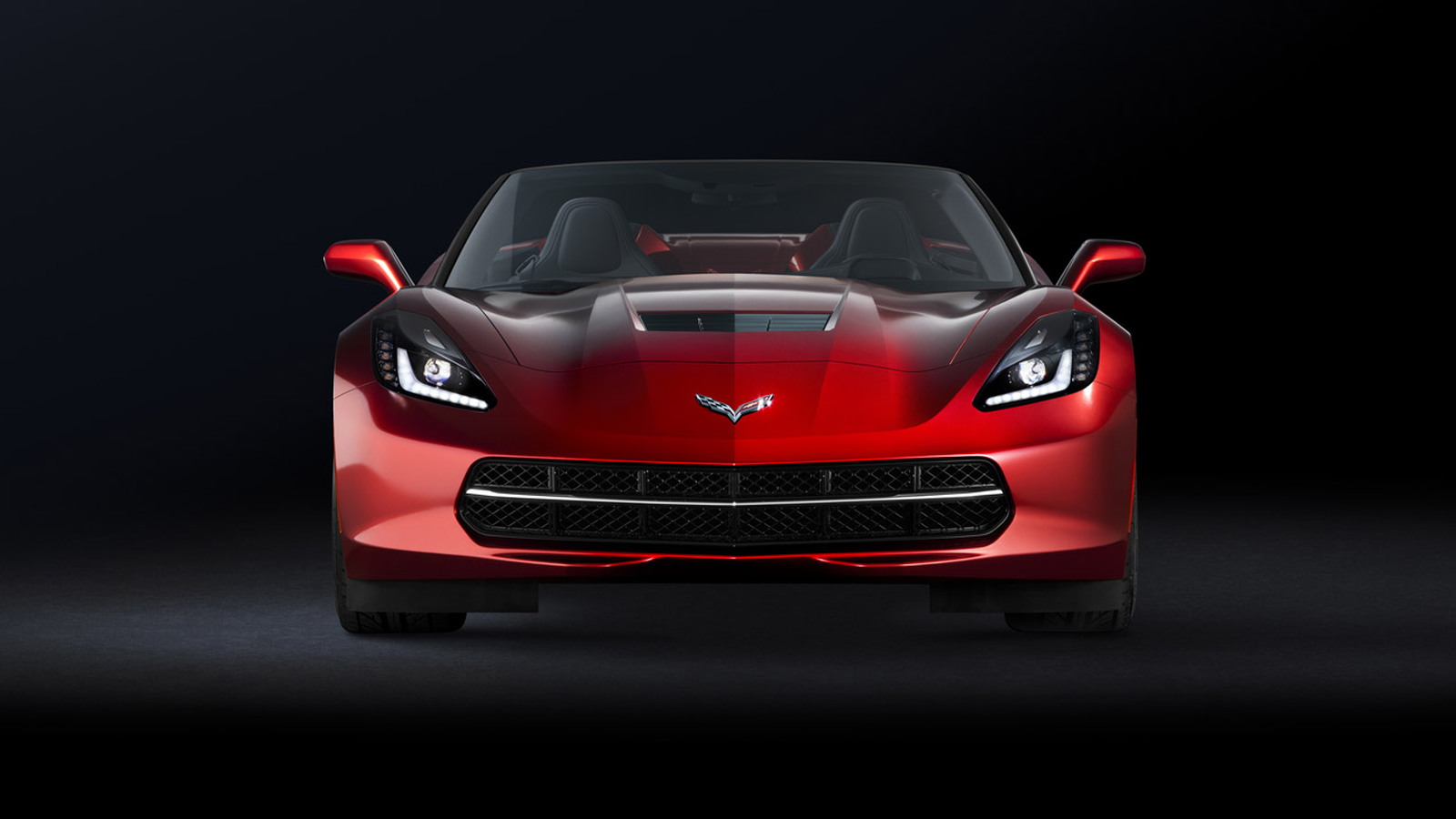 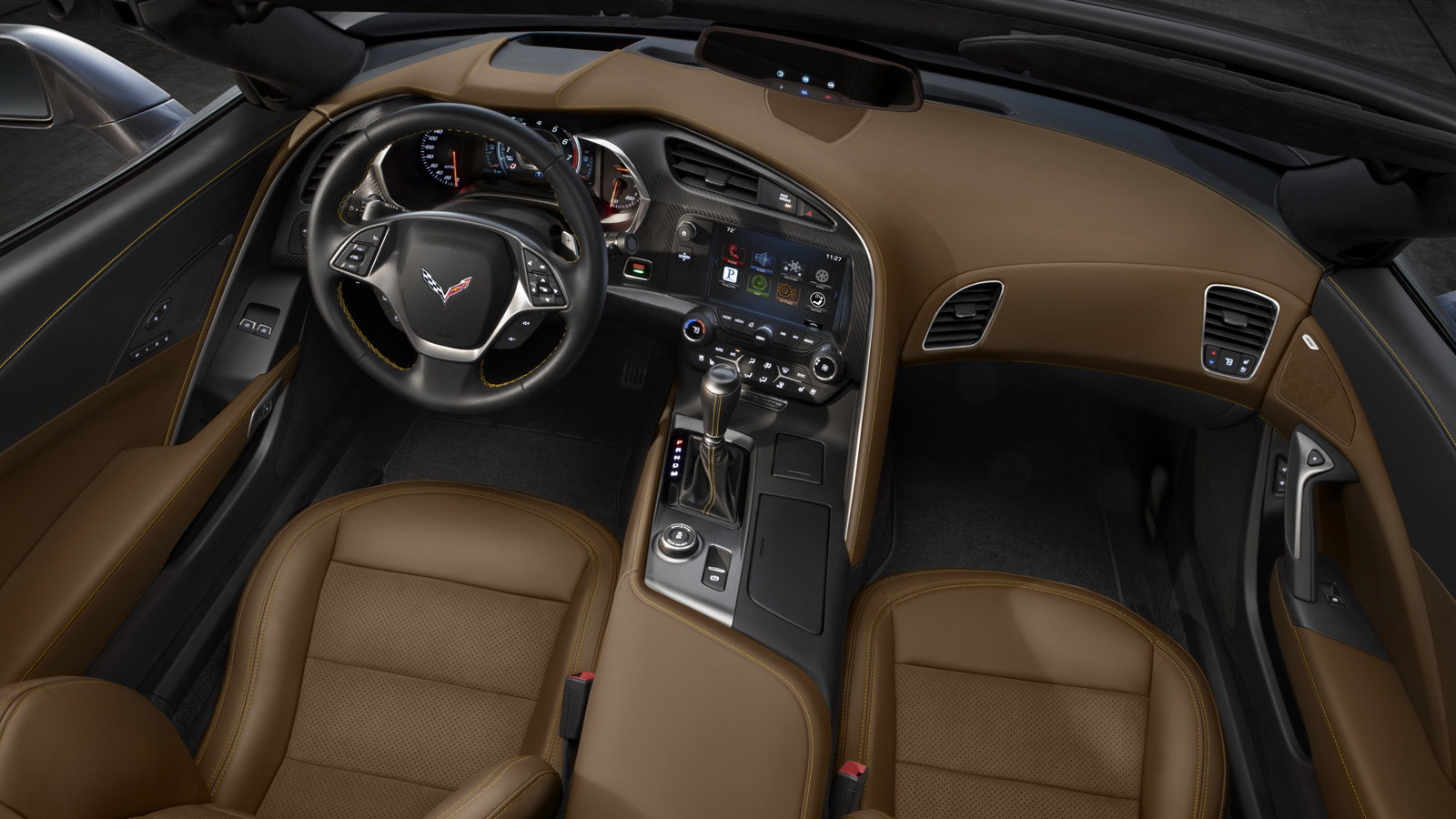 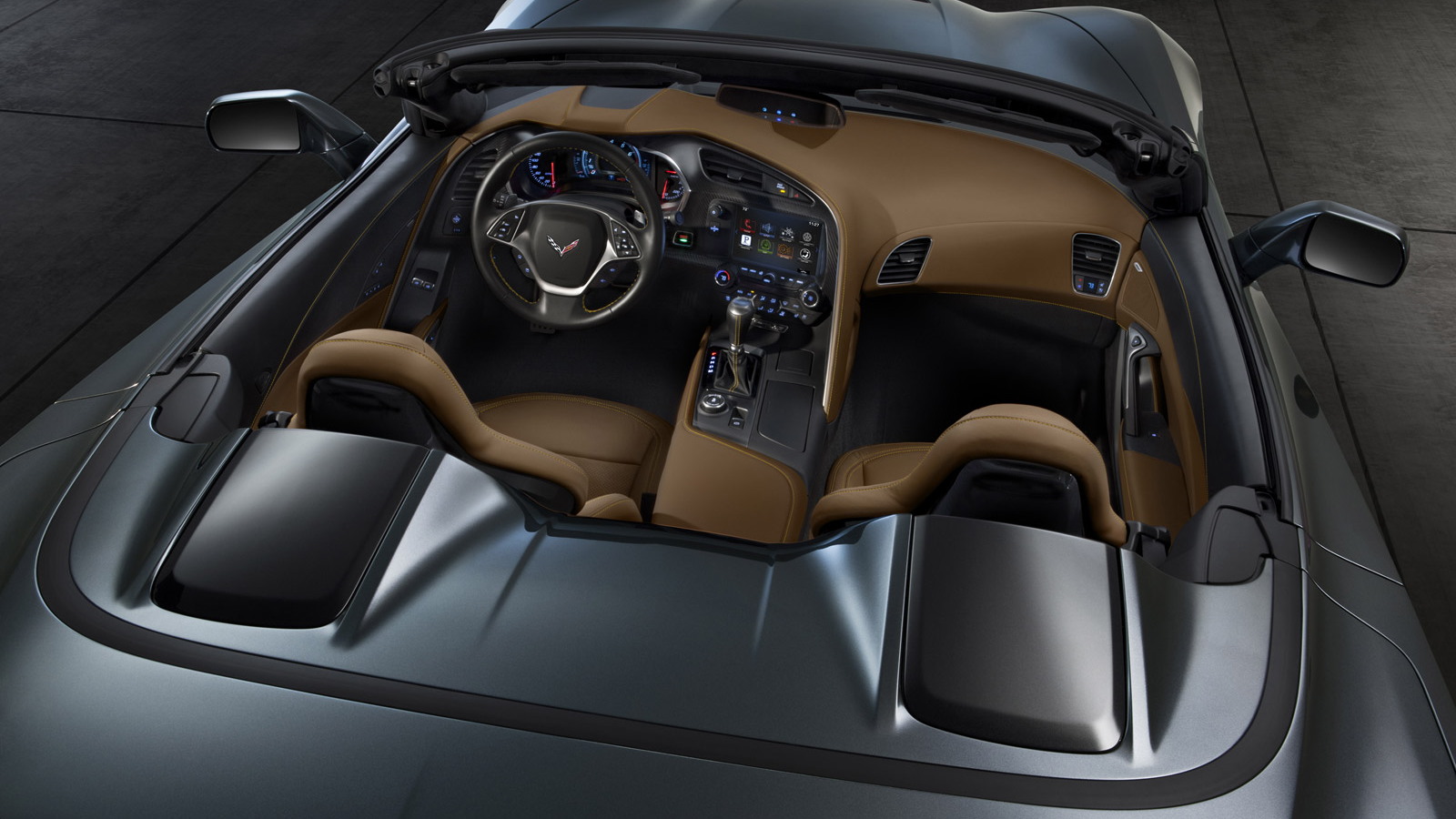 18
photos
Less than two months out from its world debut in Detroit, the 2014 Chevrolet Corvette Stingray has spawned its convertible variant, and we’re glad to confirm that the drop-top looks every bit as gorgeous as the coupe.

Chevrolet used this week’s 2013 Geneva Motor Show to reveal the new 2014 Corvette Stingray Convertible, which may seem an odd location for the debut of one of America’s most iconic sports cars but not when you consider the global ambitions the bowtie brand has for this seventh generation of the car.

While the convertible shares almost all of the coupe’s specs, there are a few key differences.

The biggest difference, clearly, is the roof, which on the Corvette Stingray Convertible is an automated folding fabric top that can be raised or lowered at speeds of up to 30 mph. It’s a three-ply piece with sound-absorbing padding and a glass rear window.

The only structural changes are limited to accommodations for the folding top and repositioned seat-belt mounts. This is because, GM design boss Ed Welburn explains, the coupe and convertible were developed simultaneously.

The rigid aluminum structure underpinning both cars was developed to accommodate a roofless design, which meant no additional reinforcements were needed. In this way, the structure, even for the Corvette Stingray Convertible, is still 57 percent stiffer and 99 pounds lighter than the steel frame in the outgoing C6 Corvette.

Importantly, a perfect 50-50 weight distribution has been maintained.

The now-familiar 6.2-liter LT1 V-8 is nestled under the hood, rated at an estimated 450 horsepower and 450 pound-feet of torque. No performance numbers have been revealed, though Chevy has previously stated that the cars should be good for 0-60 mph in under 4.0 seconds.

The Corvette’s new Z51 Performance Package will also be available on the convertible and includes items such as an electronic limited-slip differential; dry-sump oiling system; differential and transmission cooling; as well as a unique aero package that further improves high-speed stability.

For our complete coverage on the 2014 Chevrolet Corvette, click here, and for more from the 2013 Geneva Motor Show, click here.