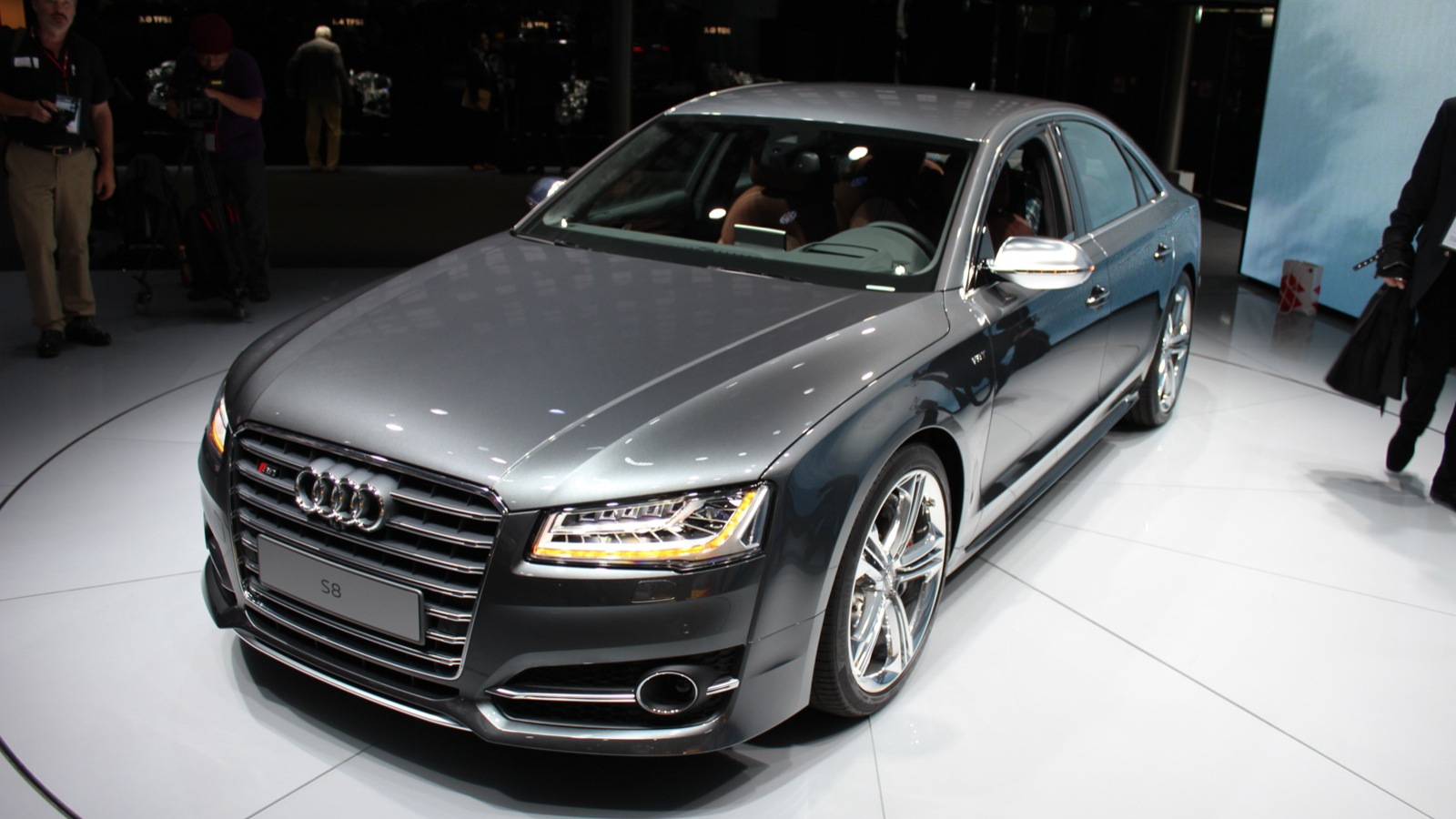 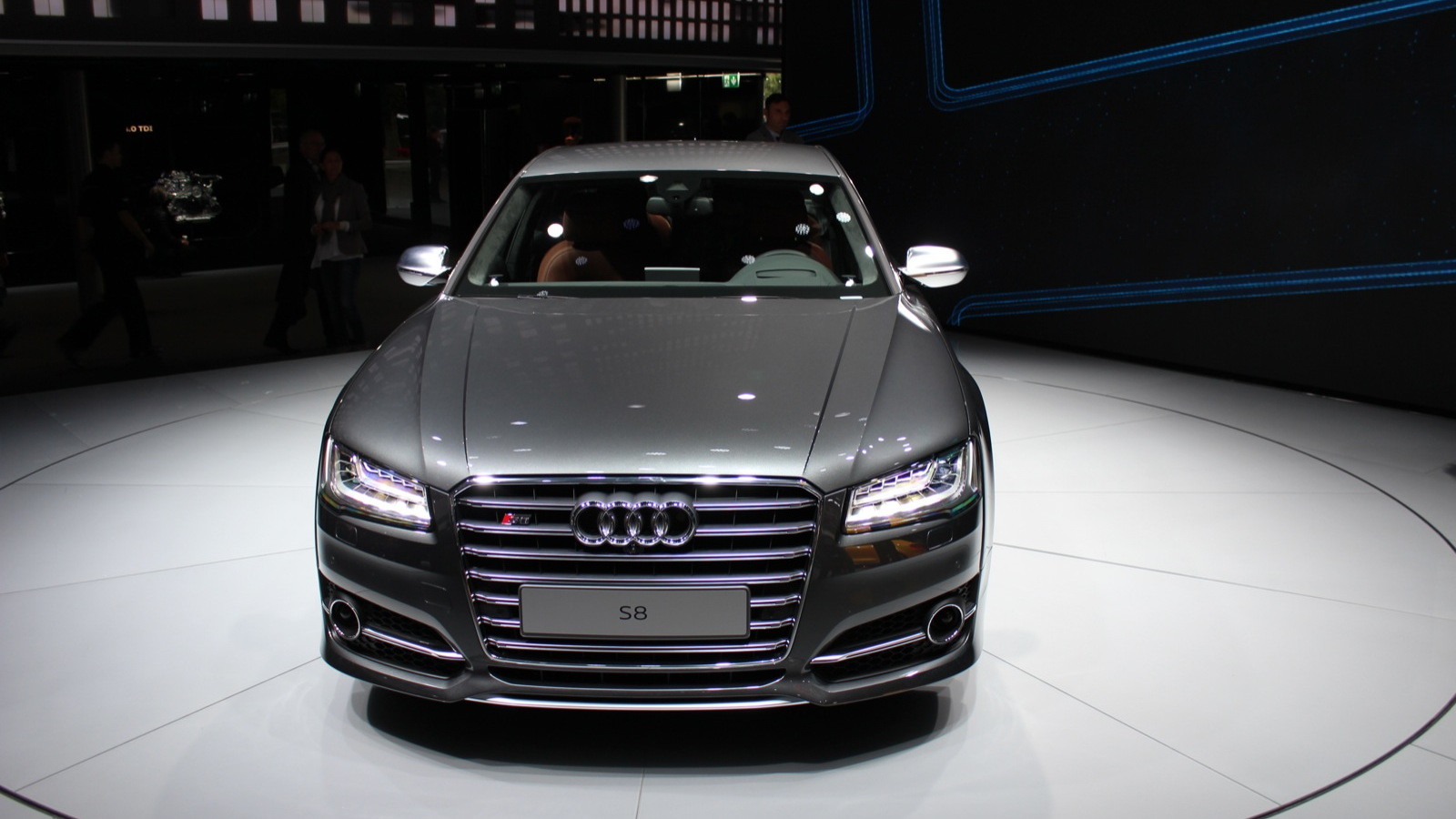 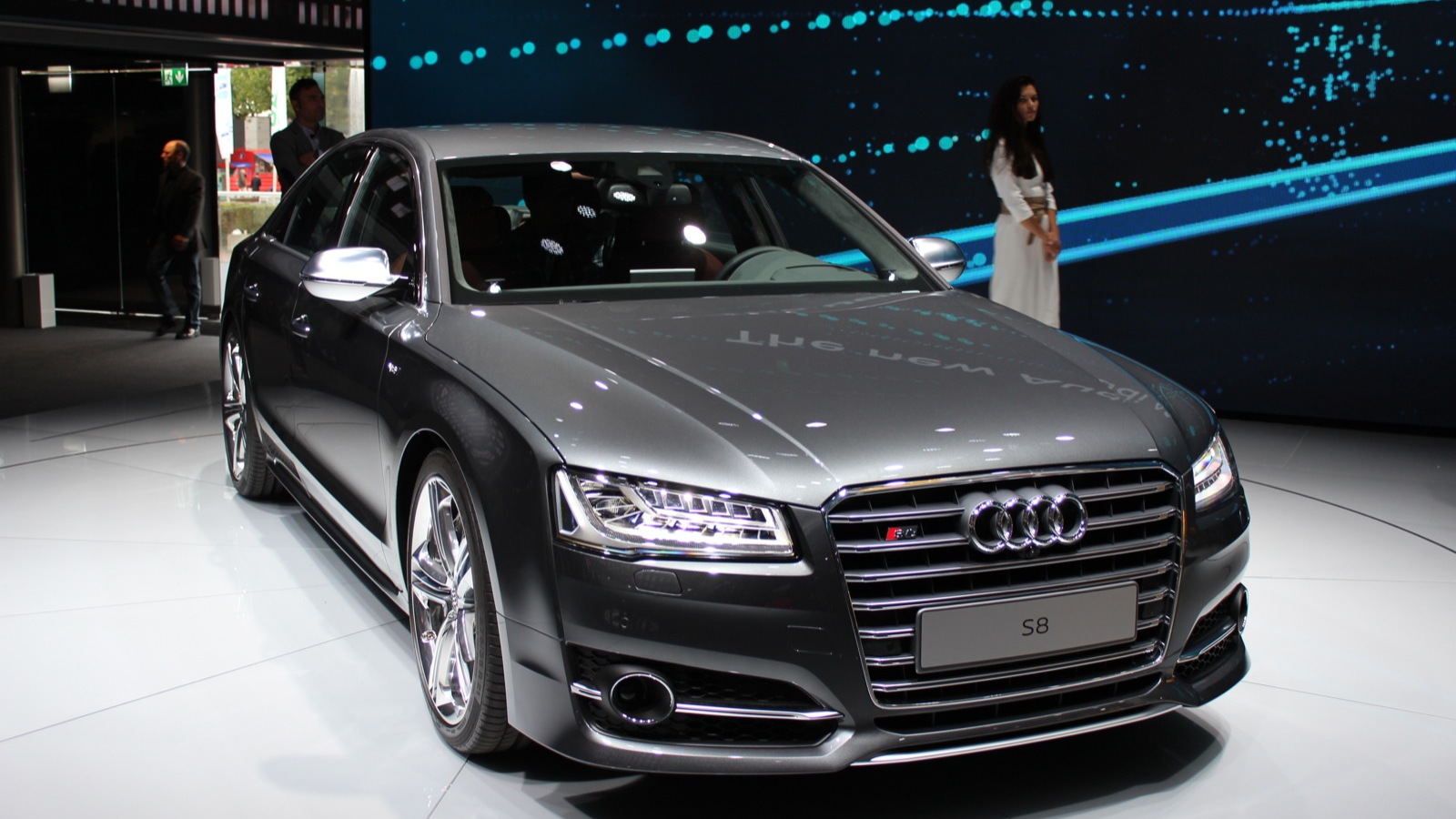 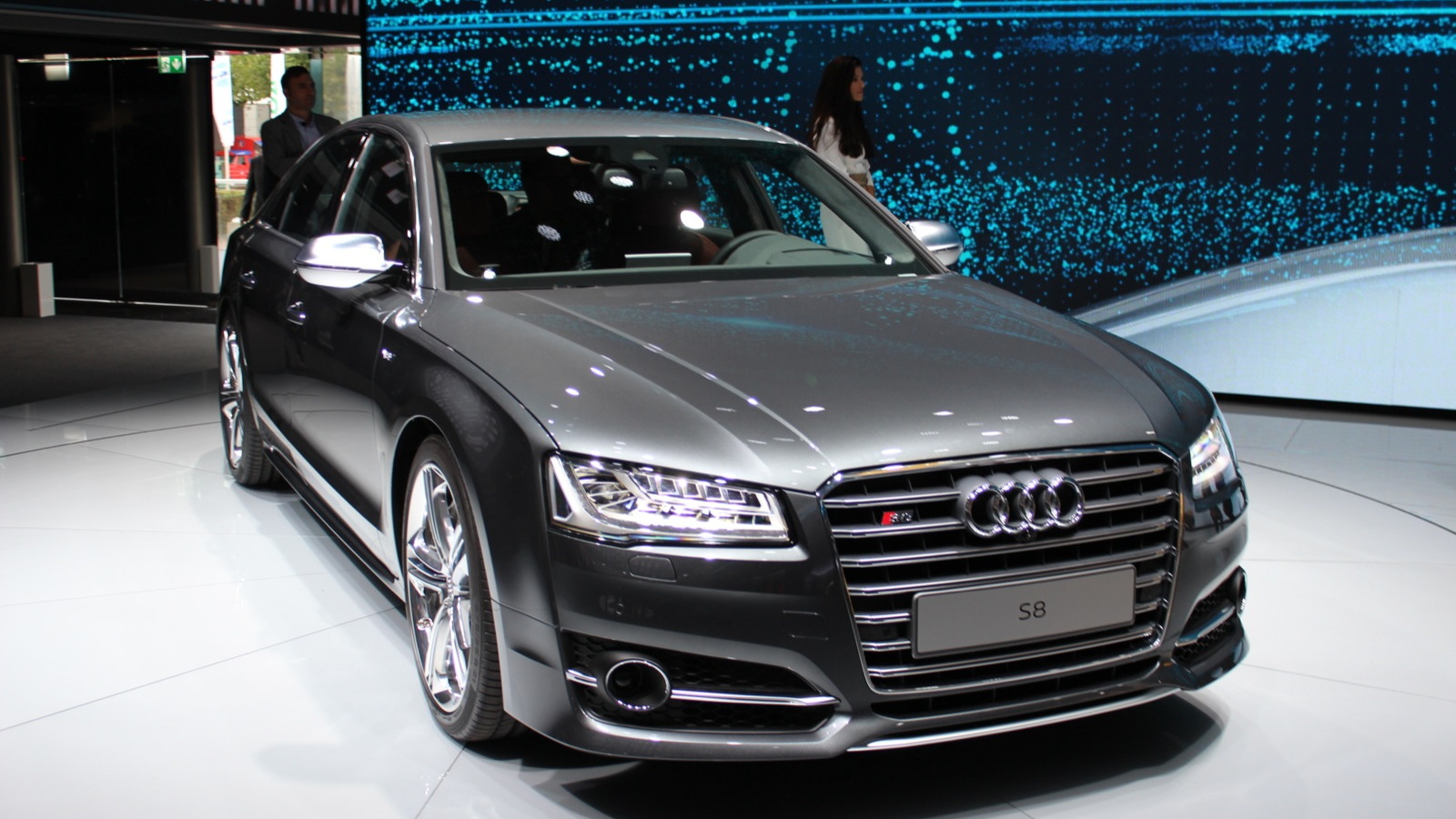 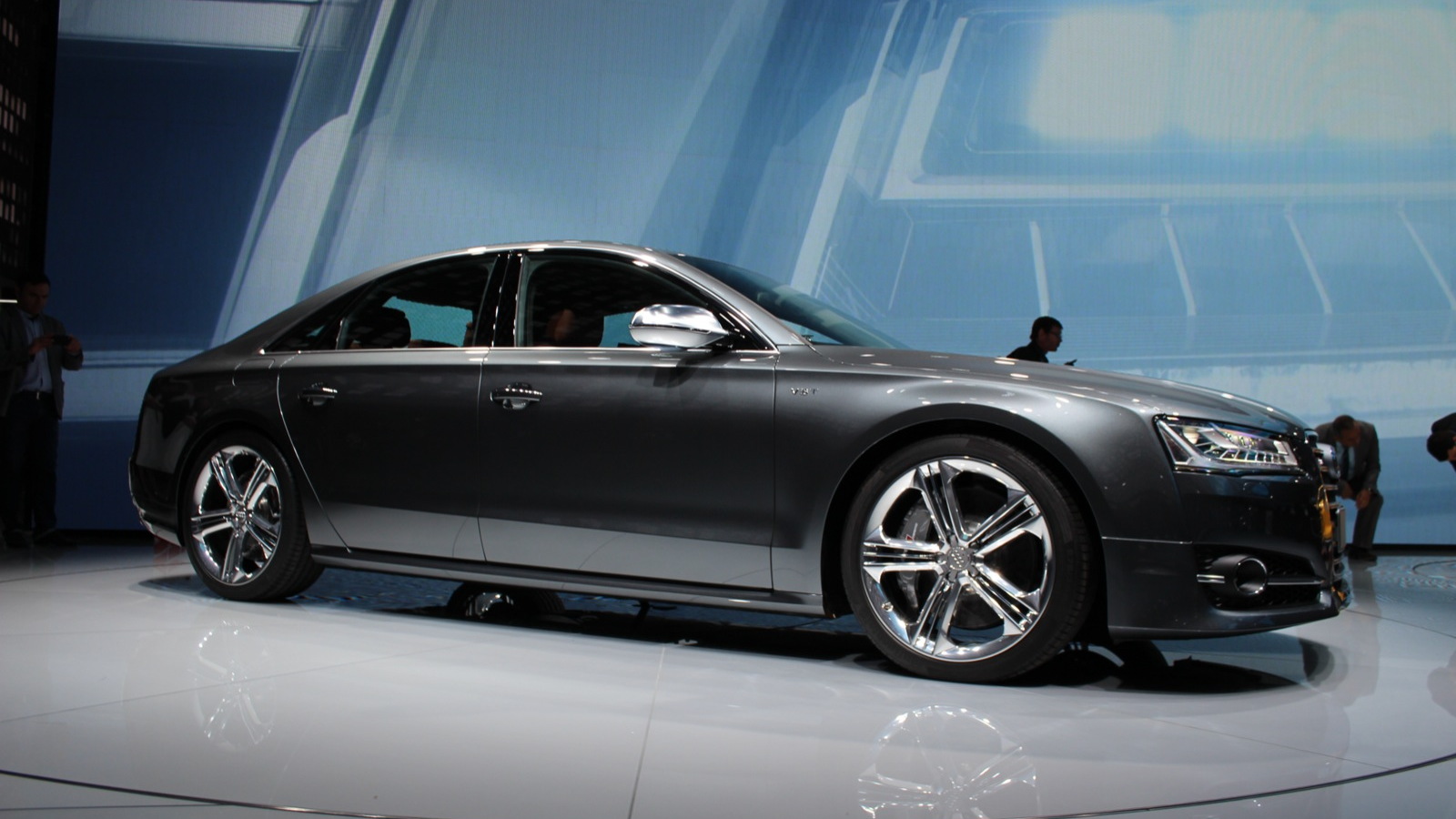 21
photos
Audi used this week’s 2013 Frankfurt Auto Show to present an updated version of its A8 flagship sedan, as well as the S8 performance variant. The updated range goes on sale next spring as 2015 models and should keep sales brimming until a successor arrives around 2016.

The changes to the cars are minimal and for the U.S. market the engine lineup is a carryover from the previous year’s lineup. That means the base engine is still a 333-horsepower 3.0-liter. This can then be upgraded with a 420-horsepower 4.0-liter V-8 or a 500-horsepower 6.3-liter W-12.

A 3.0-liter TDI diesel was added for 2014 and continues with its 240-horsepower rating, while the S8’s 4.0-liter V-8 continues with its 520-horsepower rating. A 245-horsepower A8 Hybrid sold overseas is still not offered locally. For performance fans, the S8 is the quickest of the bunch, needing just 4.1 seconds for the 0-62 mph run. The TDI model is the most frugal, meanwhile, returning close to 40 mpg based on European combined cycle testing.

All models also retain an eight-speed automatic and quattro all-wheel drive. Aluminum construction ensures the cars are light. The A8 with the 3.0-liter TFSI, for example, has a curb weight of about 4,030 pounds, which is best-in-class for models with all-wheel drive.

Because of local laws, the U.S. also misses out on the 2015 A8’s new Matrix LED headlights with sequential turn signals.

These allow drivers to leave the high-beam permanently on, as the lights use an array of individually controlled LEDs that can automatically split a beam to block out sections that may blind other motorists. Several automakers, including Audi, are lobbying regulators to have the laws changed.

Inside the cars there are additional options including ventilation and massage functions on more models. Electrically adjustable, individual rear seats are also available as an option across the range. Otherwise, things inside haven’t changed much. The MMI interface is still standard and comes with a touch-sensitive pad located on the center console. Audi connect Internet is also available, making the car a WLAN hotspot.

One new item is the suite of assistance systems. These include active lane assist, which makes slight steering adjustments when necessary and the park assist system with 360-degree display, which handles steering when parking.

An adaptive cruise control comes with an autonomous ‘stop&go’ function for traffic is also available. Also new is the head-up display, which is integrated into the instrument panel and projects important information into the driver's field of vision on the windshield.