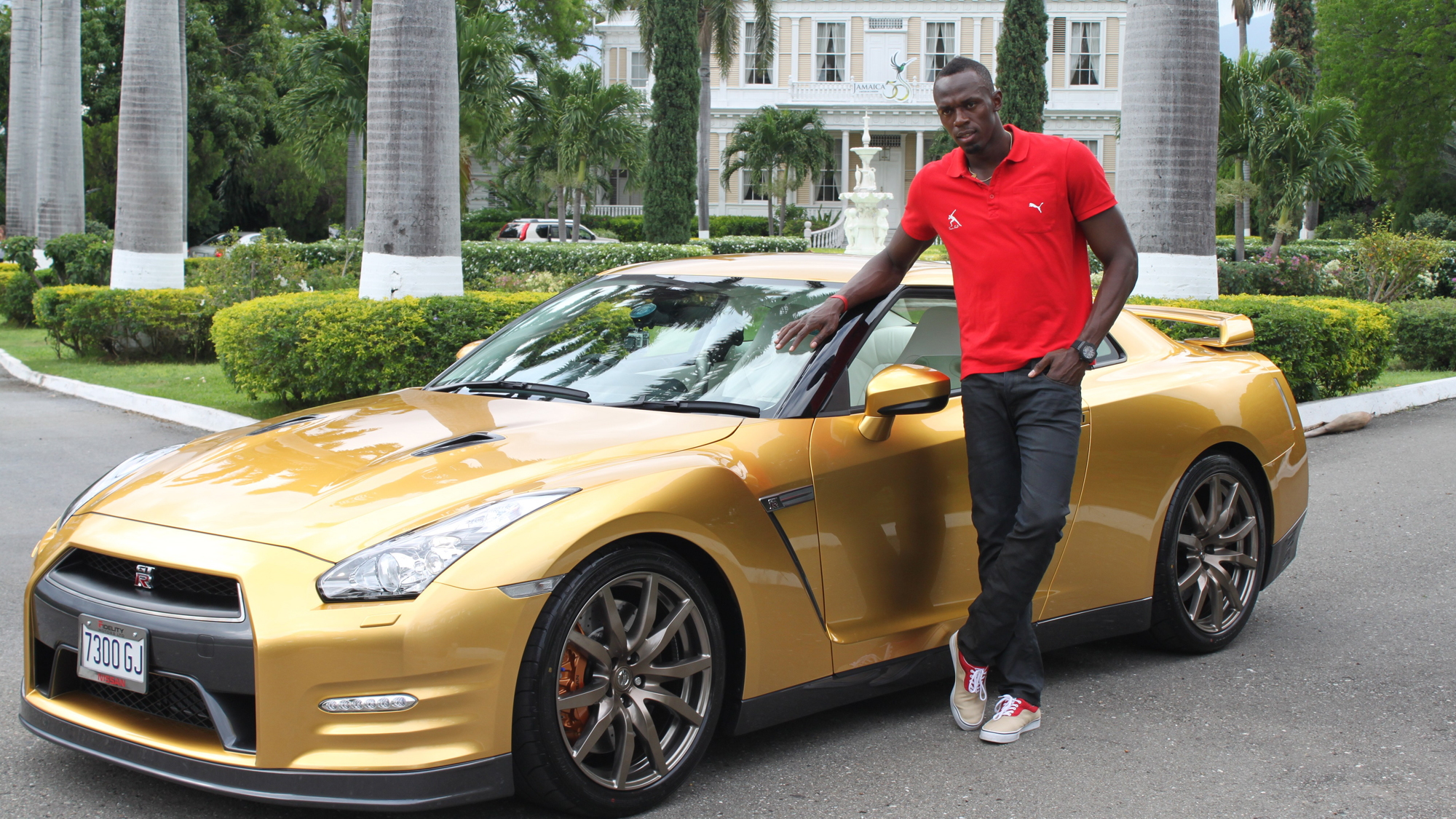 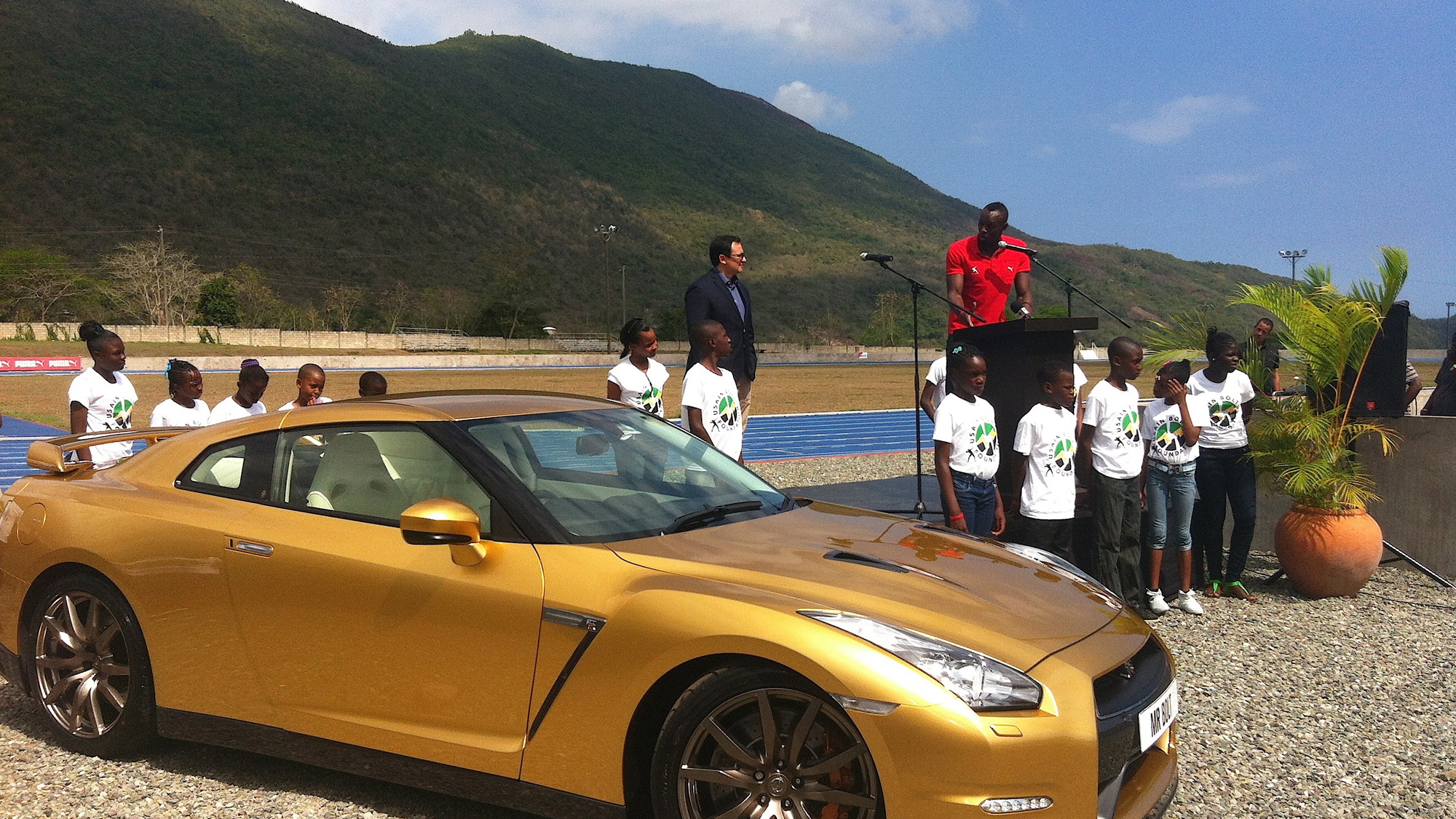 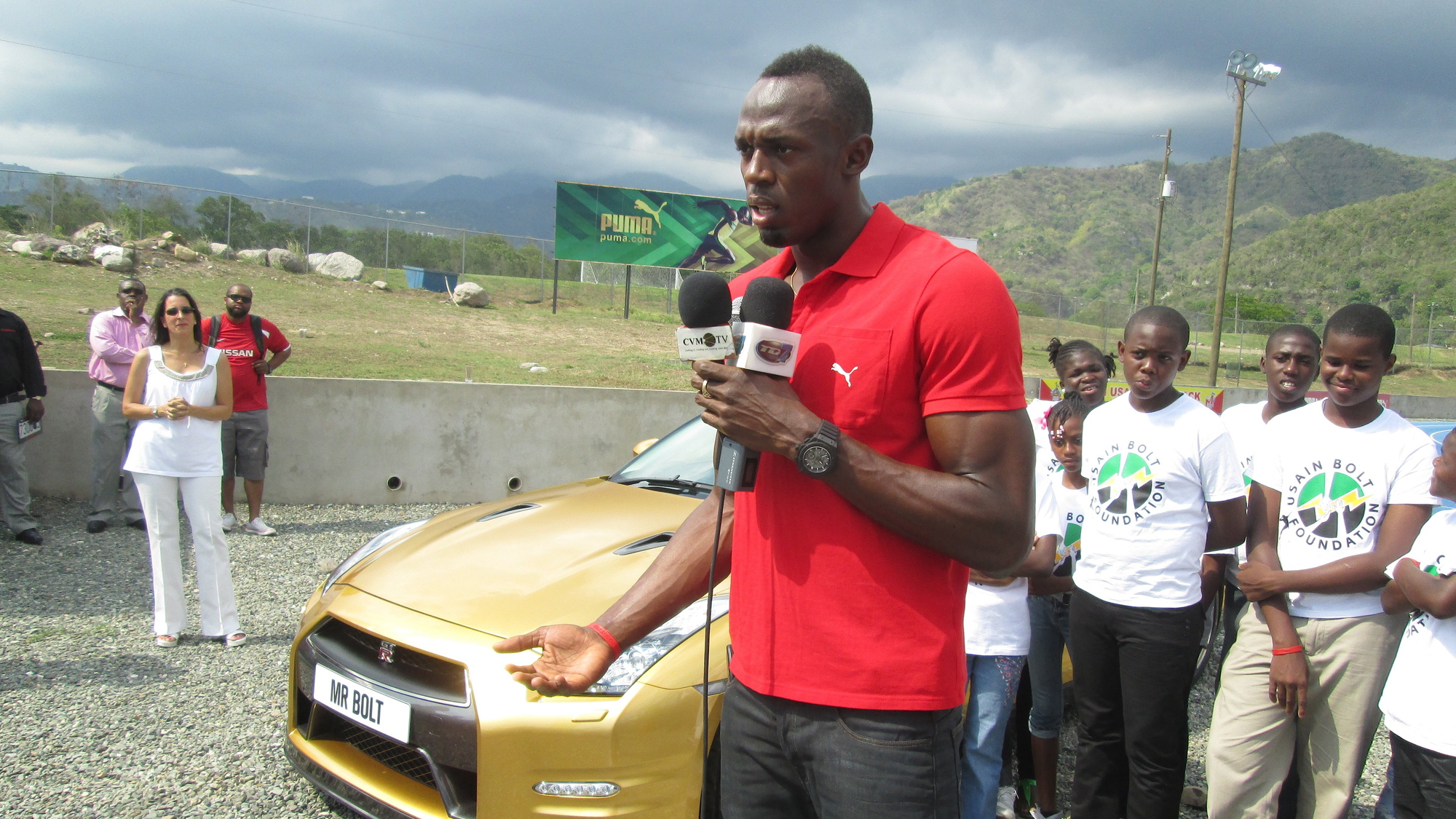 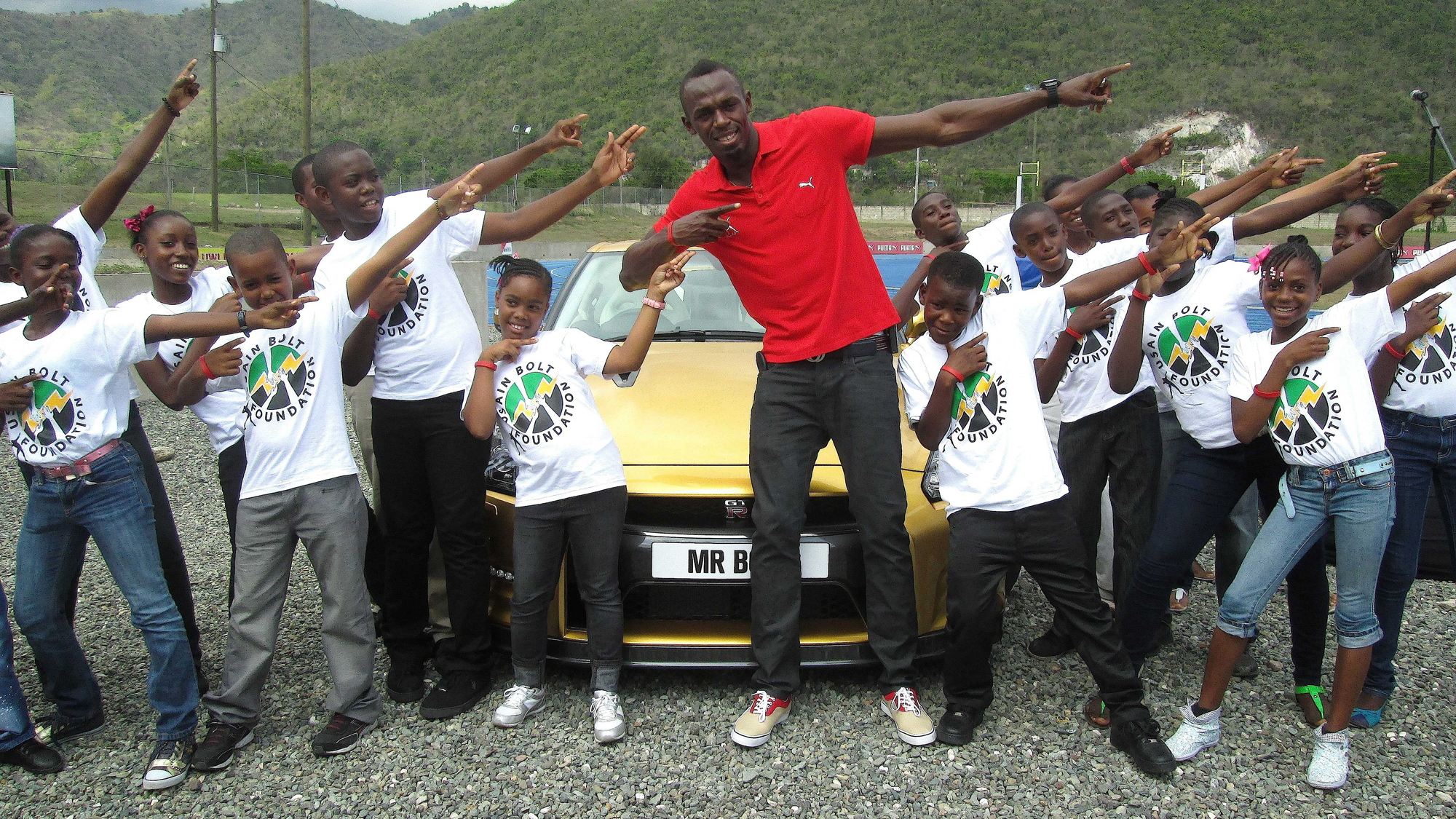 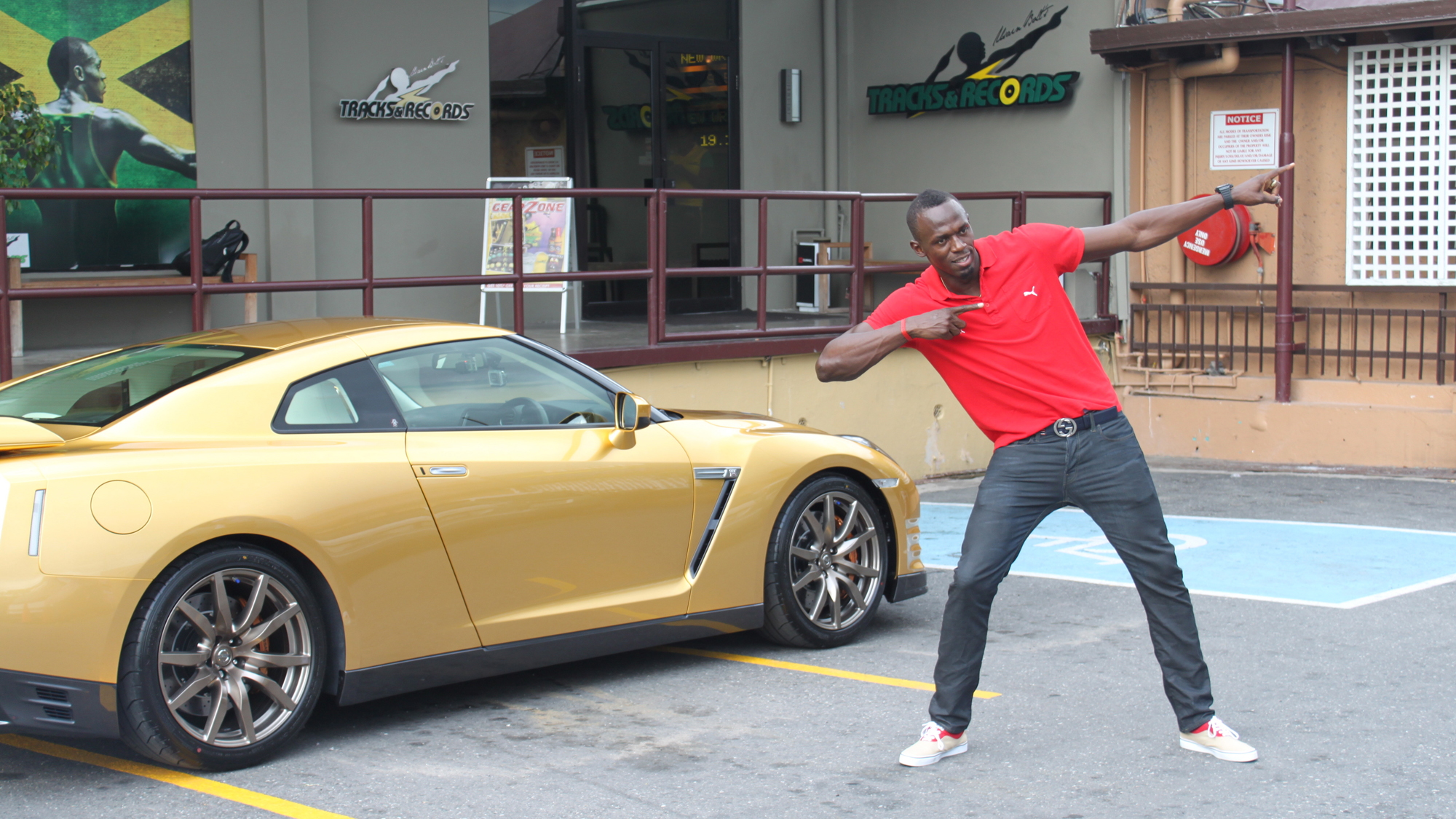 15
photos
Usain Bolt has earned the title of "World's Fastest Man". That's what they call you when you win gold medals at the Olympics and hold world records for both the 100 Meter and 200 Meter. Bolt's fleet feet have helped him run into other gigs outside of the athletic world, however.

Bolt already owns a Nissan GT-R but the automaker just turned over the keys to a rather special edition of the high-performance super coupe. Painted in a bright "Bold Gold" paint scheme, this one-of-two 2014 Nissan GT-Rs has been given to Bolt in recognition for his work for the automaker.

On the inside is a special white-colored cabin space and a set of hyper-titanium RAYS forged-alloy wheels set off the the rest of the exterior. The other Bold Gold GT-R has been auctioned off for charity, and is being delivered to its Australian winner this summer.

Still, Nissan had to keep Usain Bolt's GT-R even a touch more special than the other example produced. Using data collected by Nissan engineers, Bolt's car has been fine-tuned to suit his driving style. We assume his driving style is "fast", as that would match his running style.

This special GT-R should prove to stand out on Bolt's island home of Jamaica, which is where the car was delivered. Though with that color scheme, this GT-R would stand out pretty much anywhere on the planet... much like the enthusiastic and, by all accounts, good-natured runner himself.