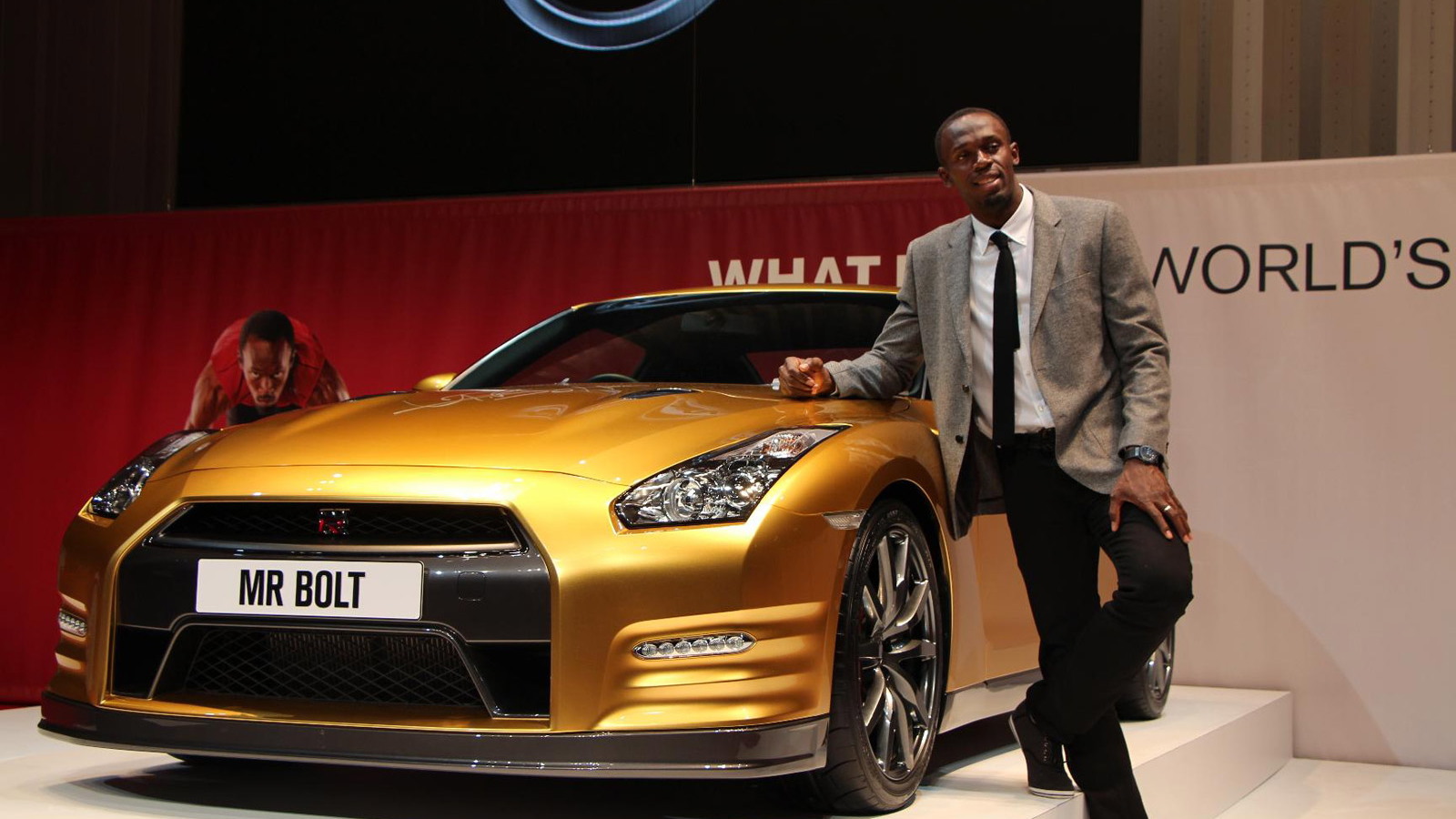 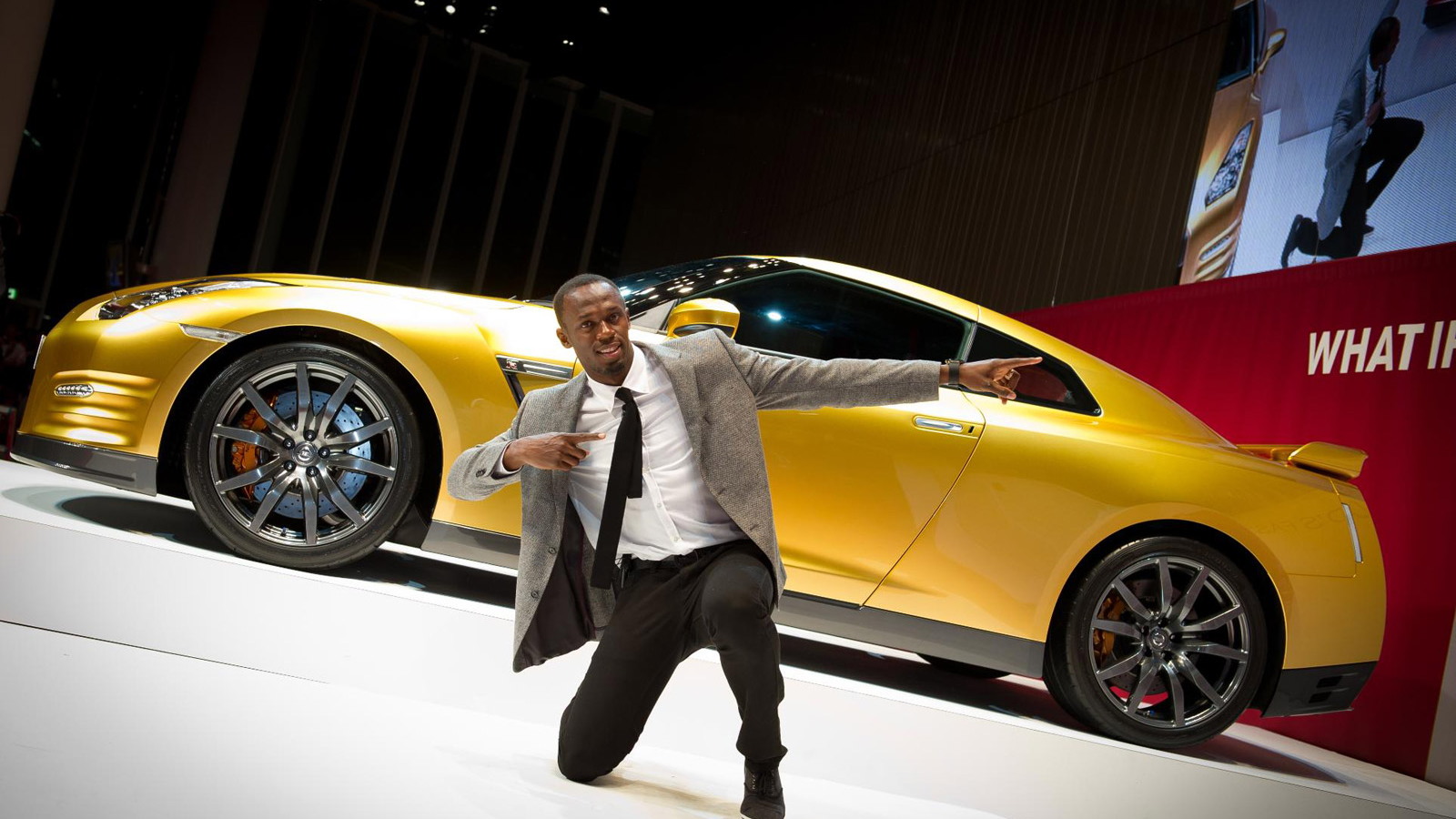 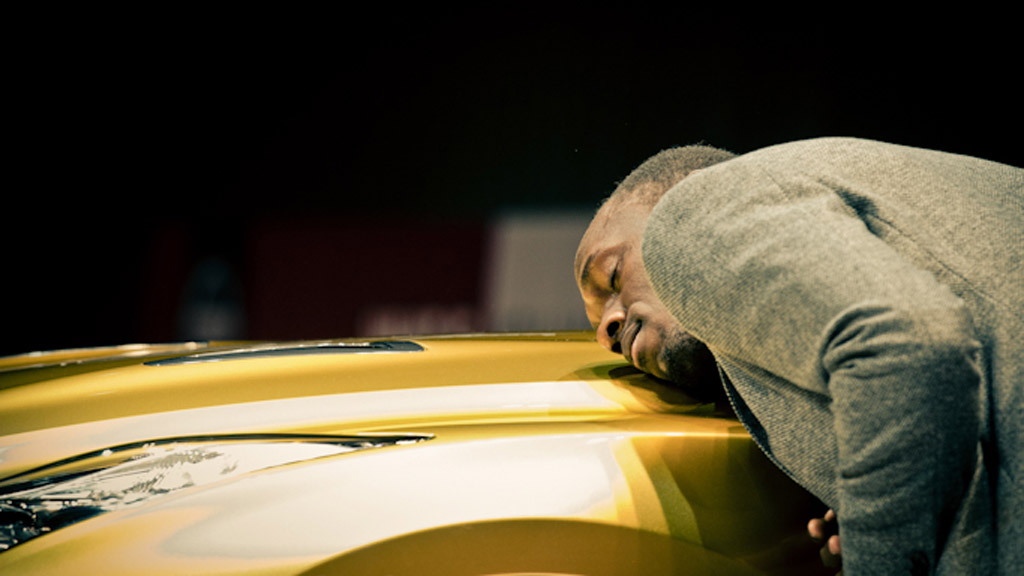 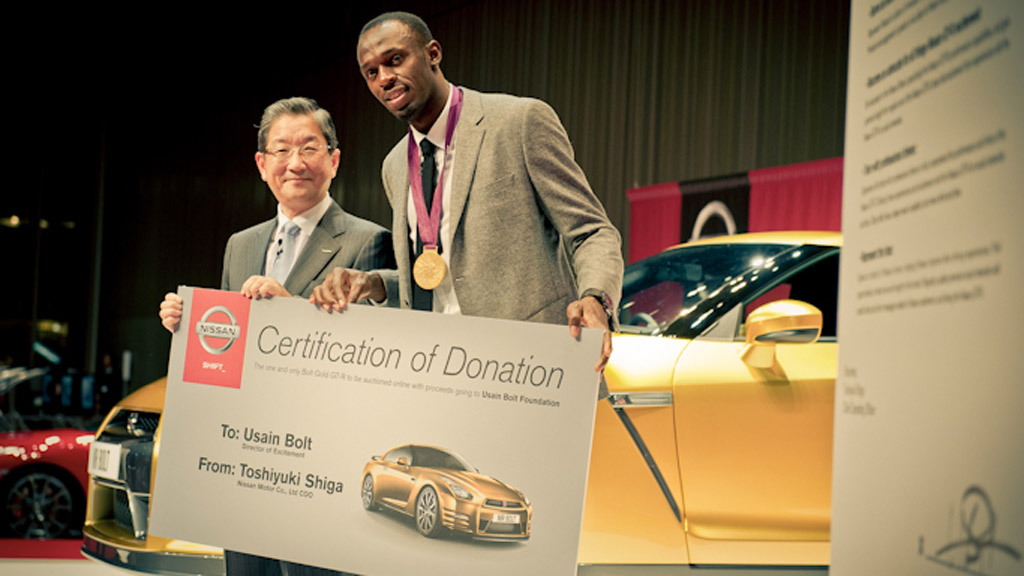 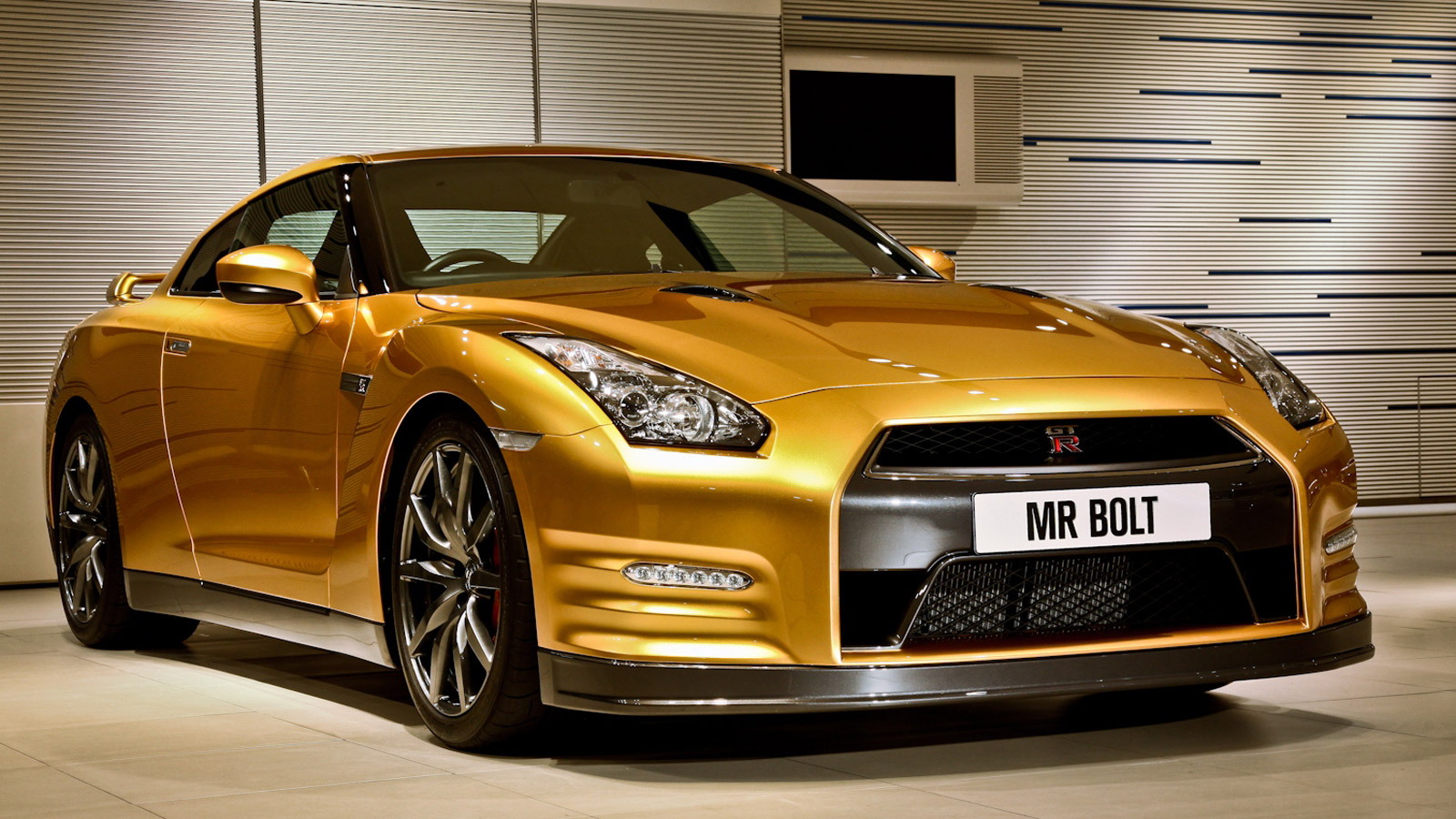 15
photos
An auction for a one-off ‘Bolt Gold’ Nissan GT-R plus a number of signed memorabilia from the world’s fastest man, Usain Bolt, has now concluded, and we can confirm that a sum of $193,191 was raised.

All proceeds of the auction will go to benefit the Usain Bolt Foundation aimed at helping educational and cultural opportunities for children and young people in the athlete’s native Jamaica.

Unlike the golden GT-R donated to Bolt by Nissan following his stunning performance at the recent 2012 London Olympics, the GT-R sold during the auction will be based on the latest 2014 version of the iconic Japanese sports car and delivered to its new owner in March, 2013.

In addition to its bright paint finish, it will feature a number of gold elements inside its cabin including a special plaque embossed with Bolt's signature.

Along with the car, several other items signed by Bolt, including racing helmets, fire-proof suits, driving boots and t-shirts worn during his recent visit to a Nissan test track in Japan, were also sold.

As previously reported, Bolt, in his new role as honorary “Director of Excitement” at Nissan, will help develop a limited-edition GT-R that will be sold to the public. Details of this project will be announced at a later date.