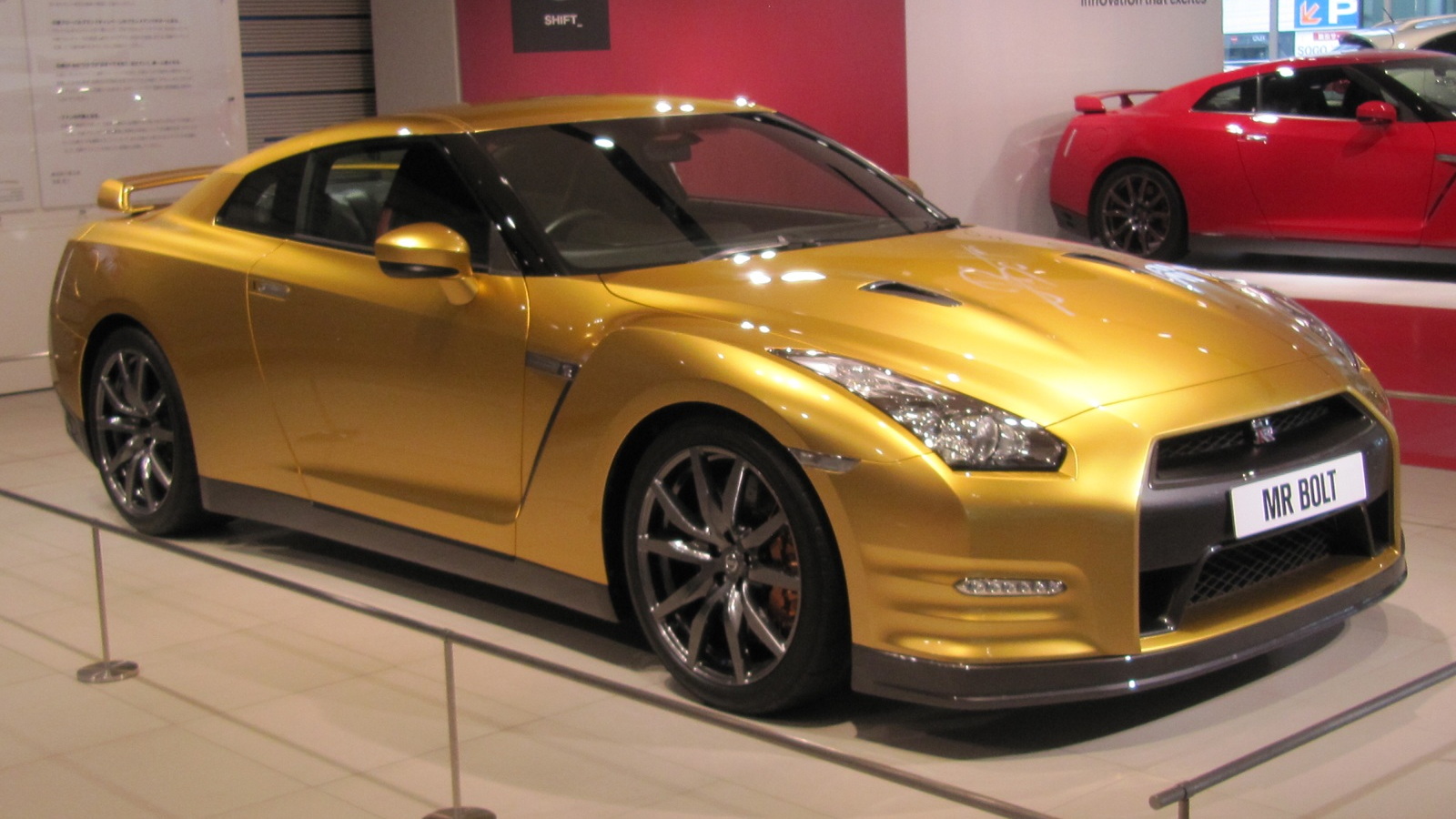 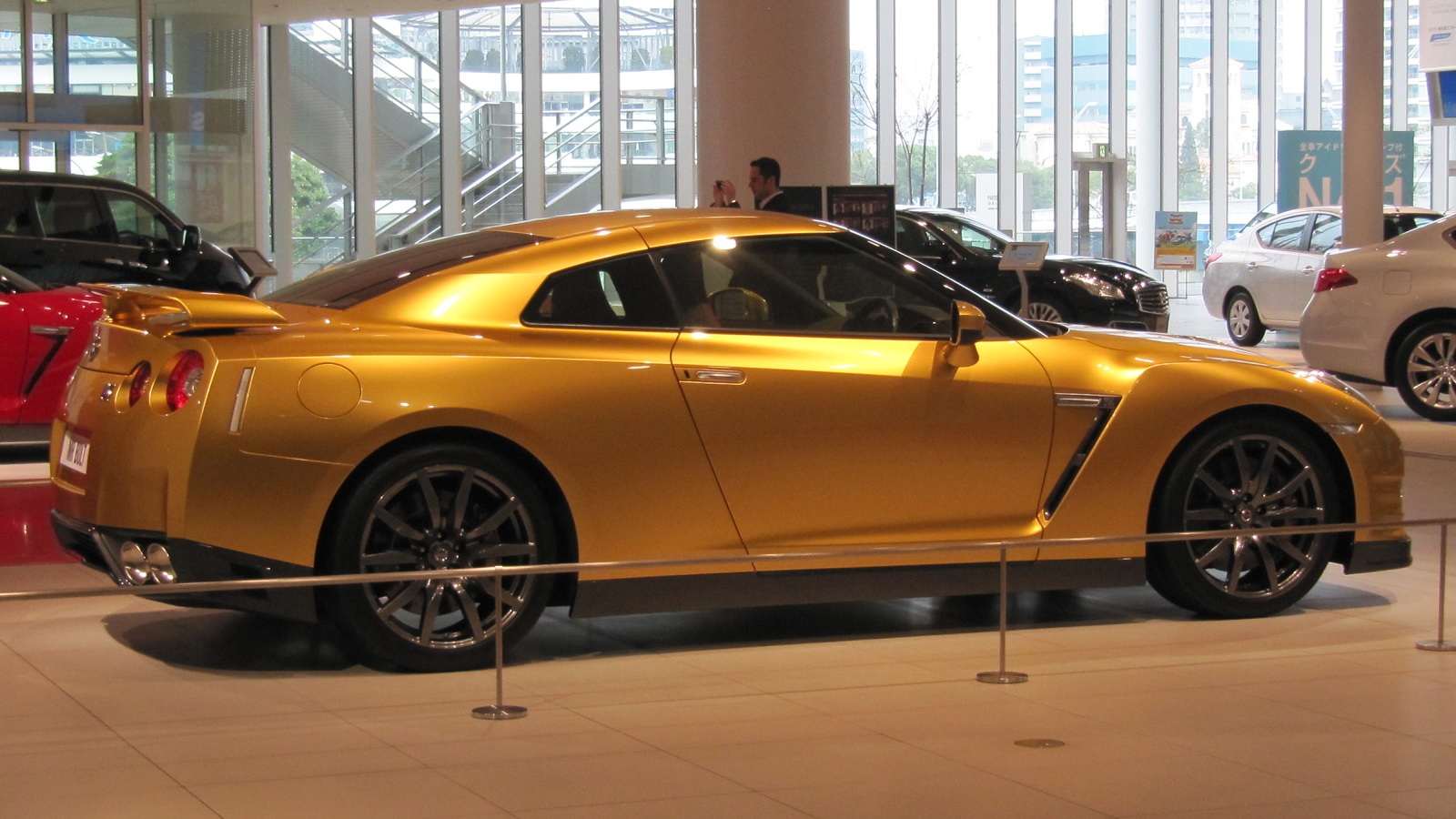 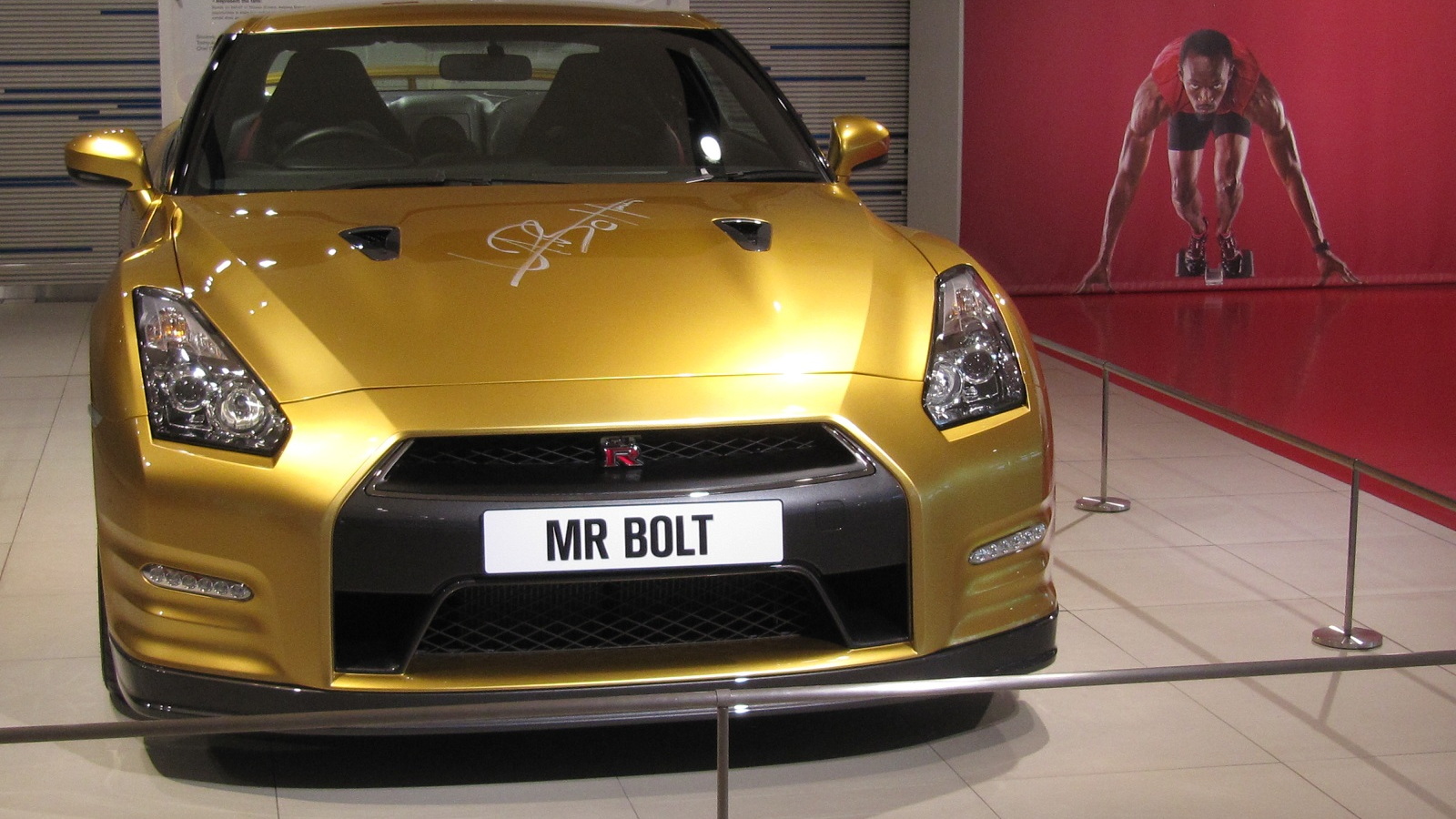 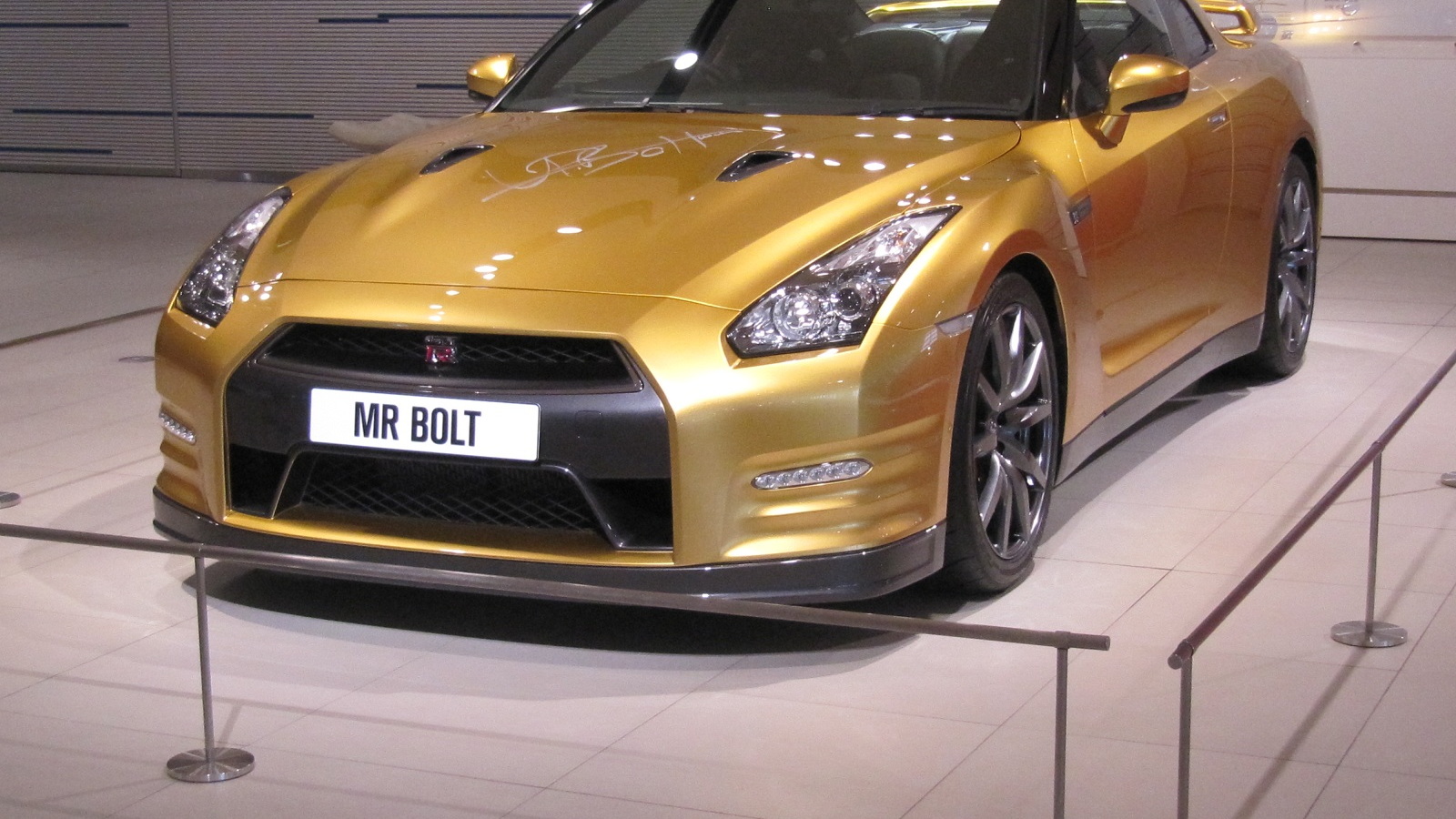 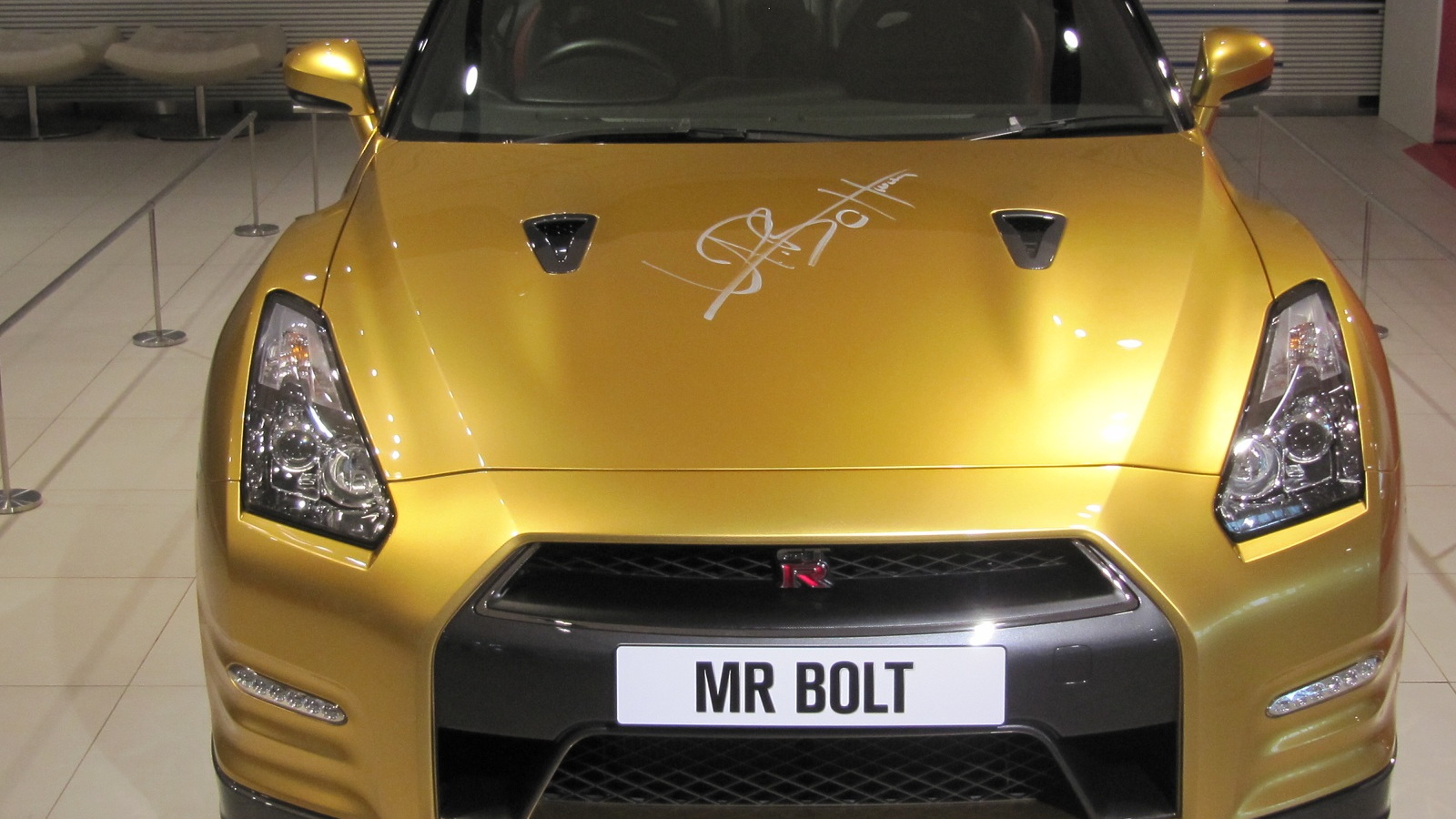 12
photos
Last week, the fastest man on the planet, Usain Bolt, paid a visit to Nissan HQ and sampled some of the Japanese automaker’s latest cars. Bolt, who was already signed by Nissan to help promote the GT-R supercar, was also in Japan to sign a new deal to extend his role as brand ambassador for the GT-R and to become honorary “Director of Excitement” for Nissan.

To get things started, Bolt announced that a pair of GT-Rs given to him by Nissan, one in red and the other in gold, the latter as a prize for his impressive performance at the recent London Olympics, would be auctioned off for charity.

You can see the two cars, complete with Bolt’s signature running across their hoods, in our exclusive photos taken in the lobby of Nissan’s headquarters in Yokohama, Japan. The gold car, in addition to having Bolt’s signature, also features a number of trim pieces finished in real gold.

Both cars are based on the latest 2013 Nissan GT-R, which still features a twin-turbocharged 3.8-liter V-6 engine matched to a six-speed dual-clutch transmission and driving all four wheels. Peak output of the latest model is 545 horsepower and 463 pound-feet of torque.

The cars will be sold via an eBay auction, details for which will be announced later this month. All proceeds from the sale will go to help the Usain Bolt Foundation.

Note, Nissan will also be using Bolt’s talents to help develop a limited-edition GT-R that will be sold to the public. More details on this ‘Bolt GT-R’ will also be revealed in the near future.