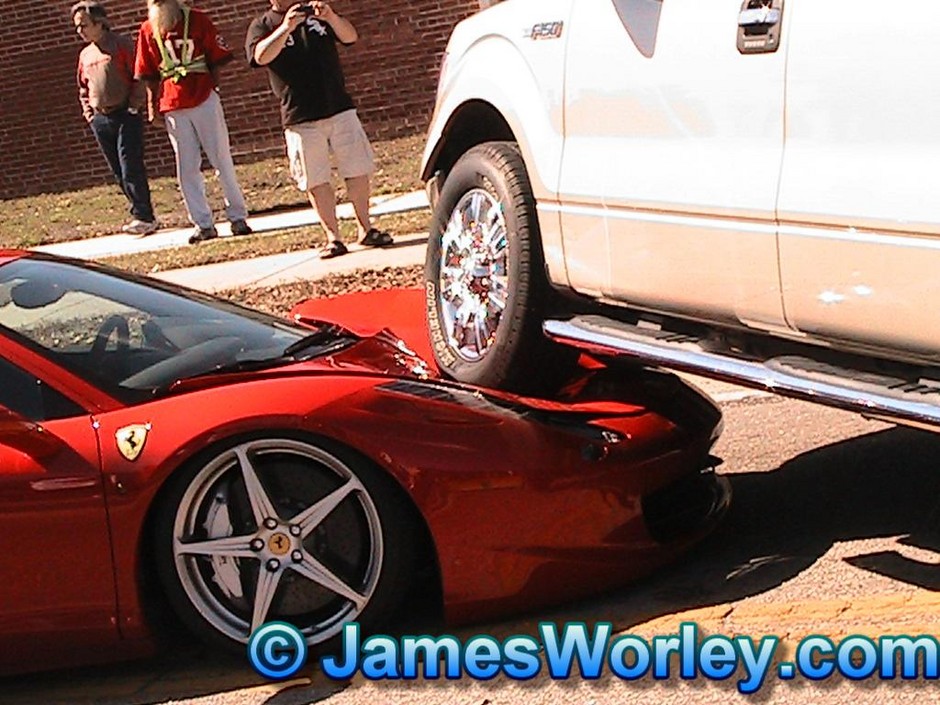 Few articles have managed to gather as much controversy as our recent post on the brand new Ferrari 458 Italia that was run over by a Ford F-150 pickup truck.

Arguments certainly heated up in the comments section, with most disagreeing on who was to blame for the accident and whether or not the Italian exotic was repairable or destined to be a write-off.

We now have some new, never-before-seen images of the crash thanks to the excellent photography work of bystander James Worley. Unfortunately, the images still don’t shed much light on who was to blame but we do get to see the resulting damage on the 458 Italia once the truck was removed.

We’re still waiting on the official investigator reports on the crash to be released but in the meantime, follow the jump below to check out a full gallery of new images. Also below is an interview with the driver of the Ferrari courtesy of MSNBC.

Thanks to Michael for the tip!

Visit msnbc.com for breaking news, world news, and news about the economy