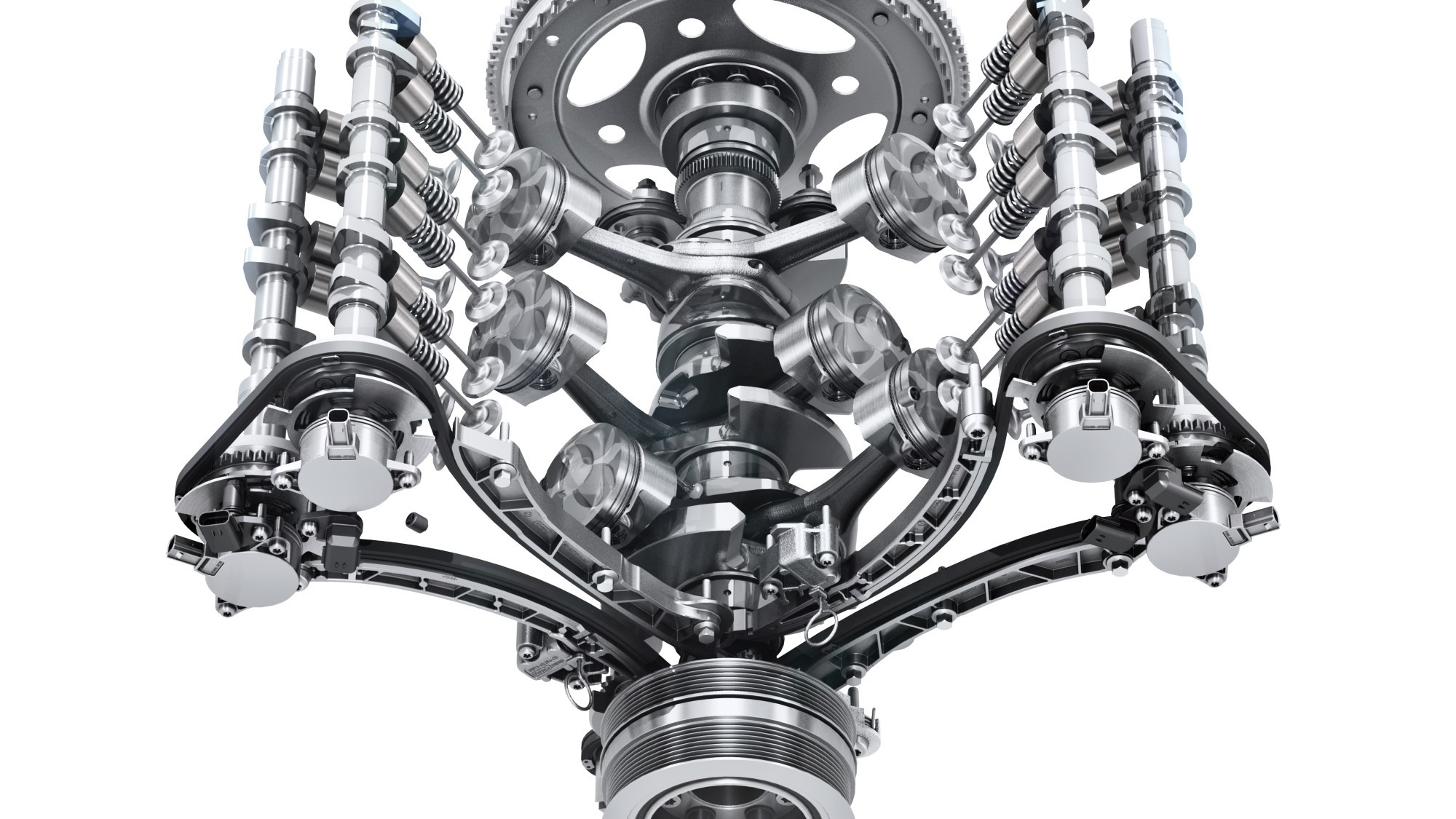 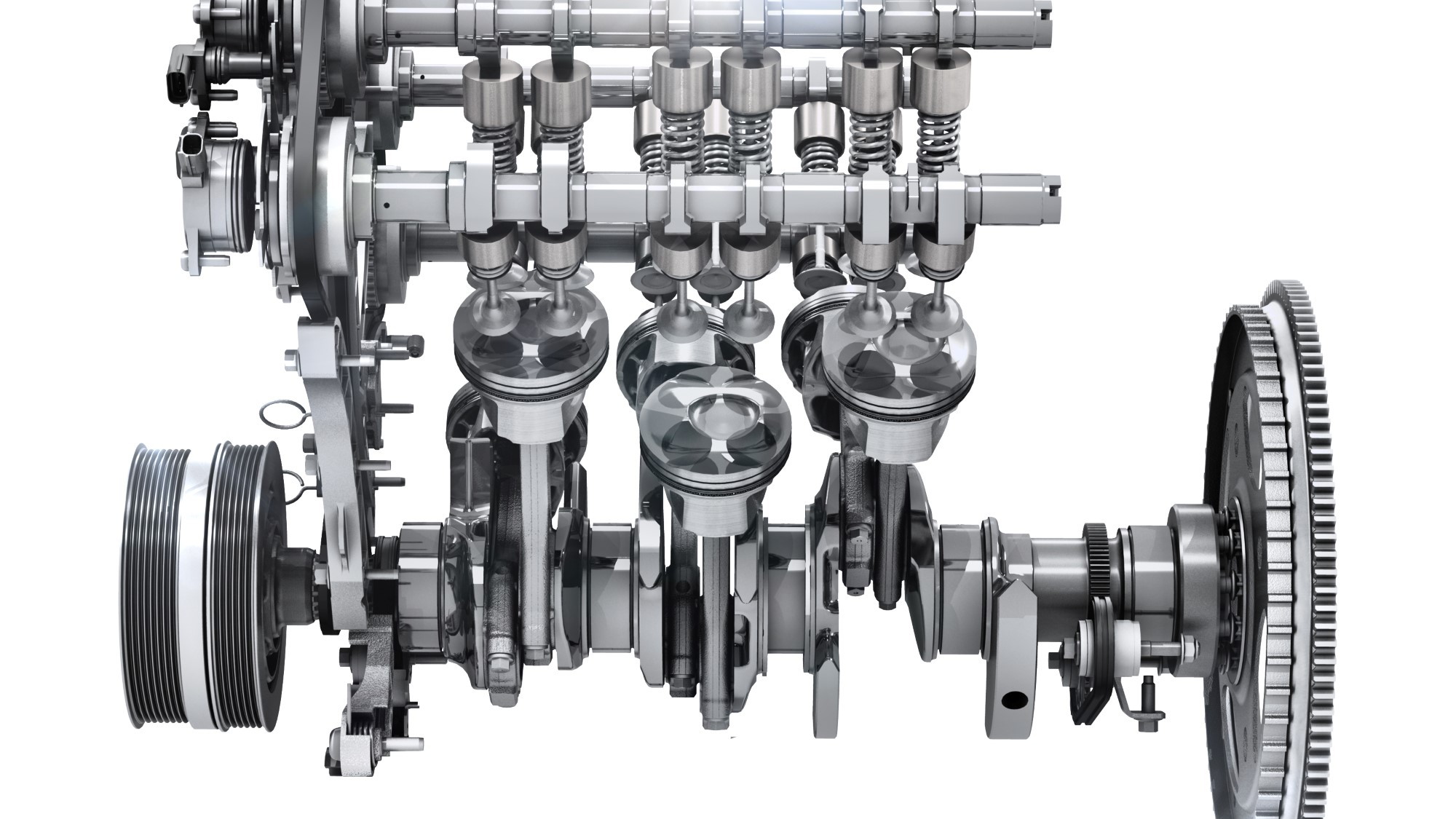 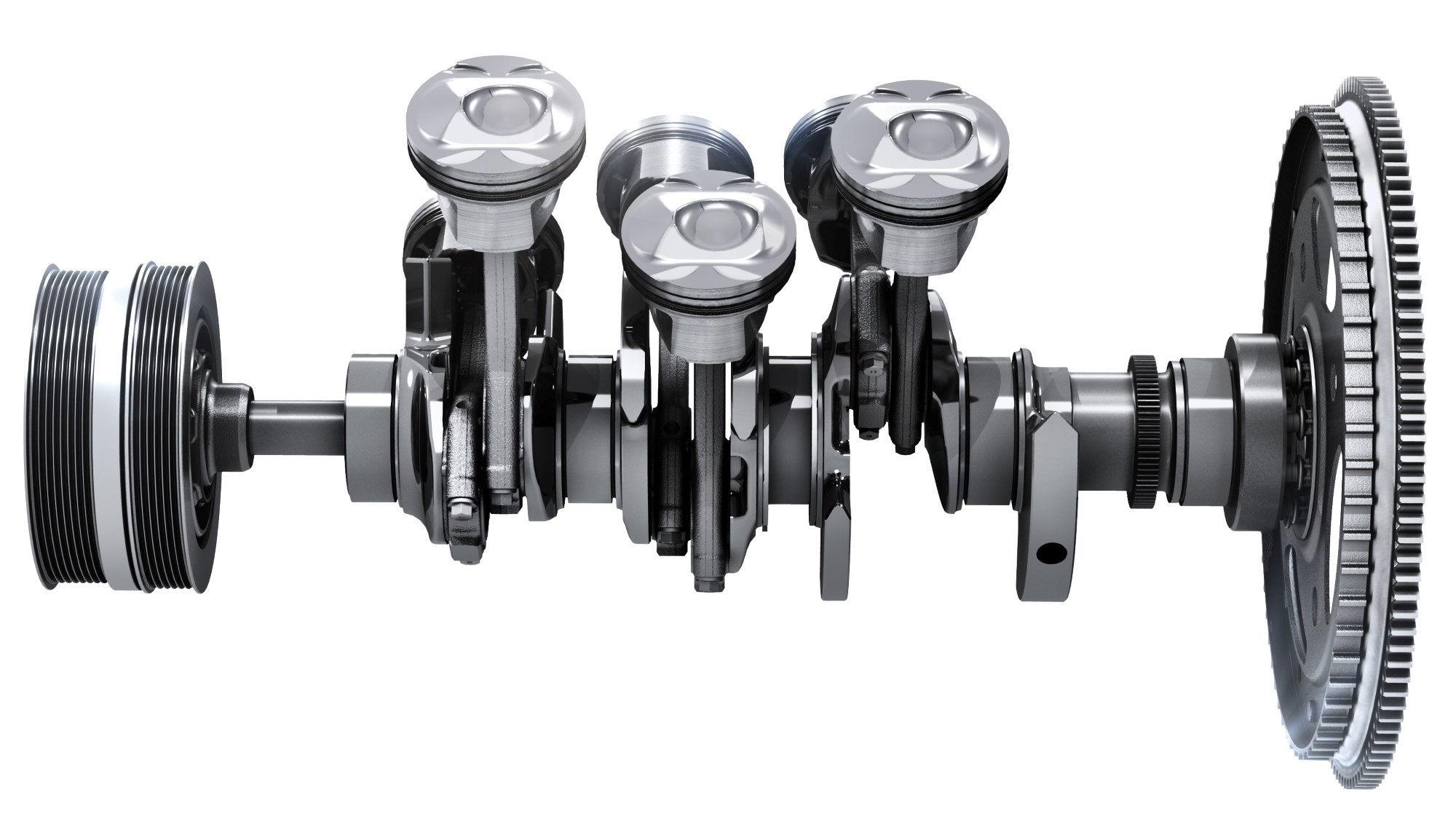 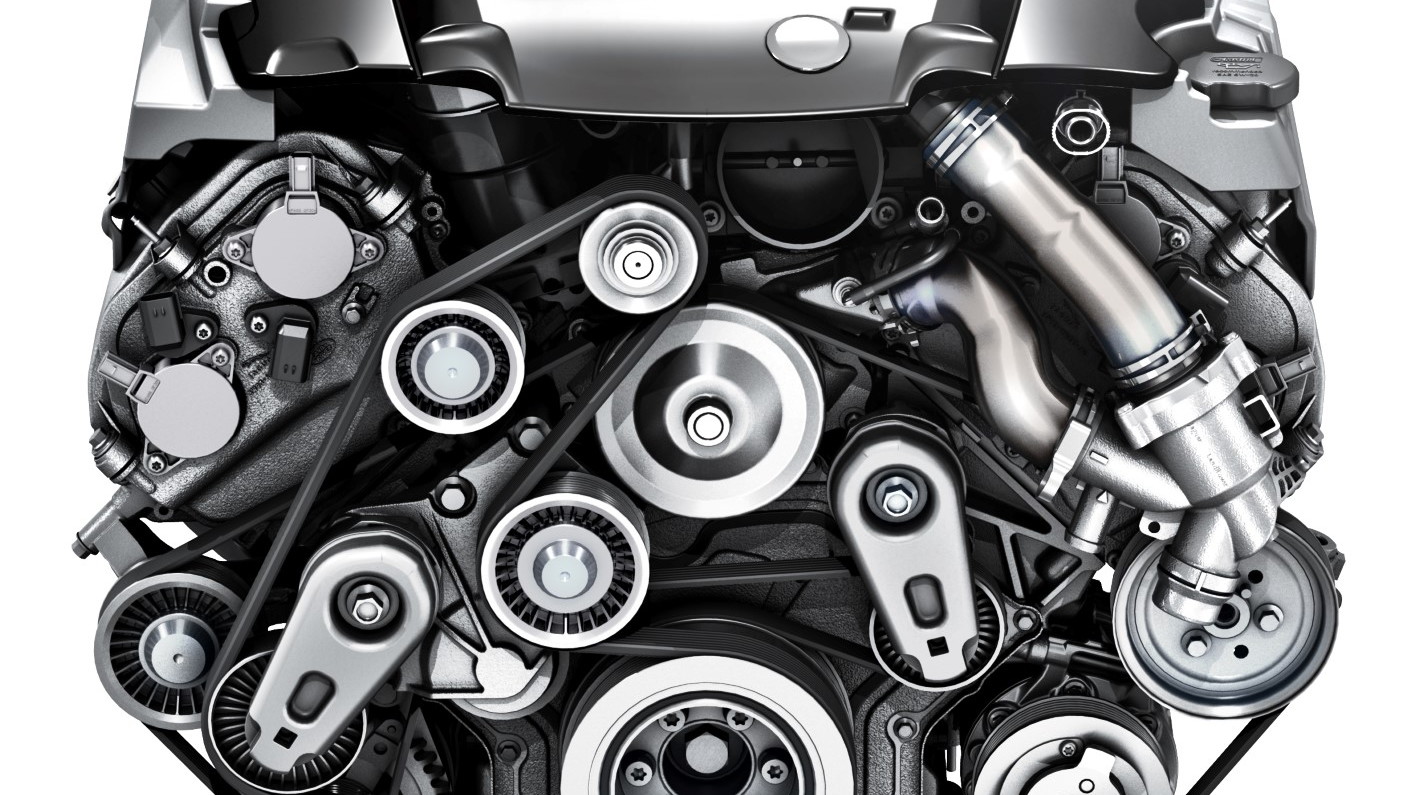 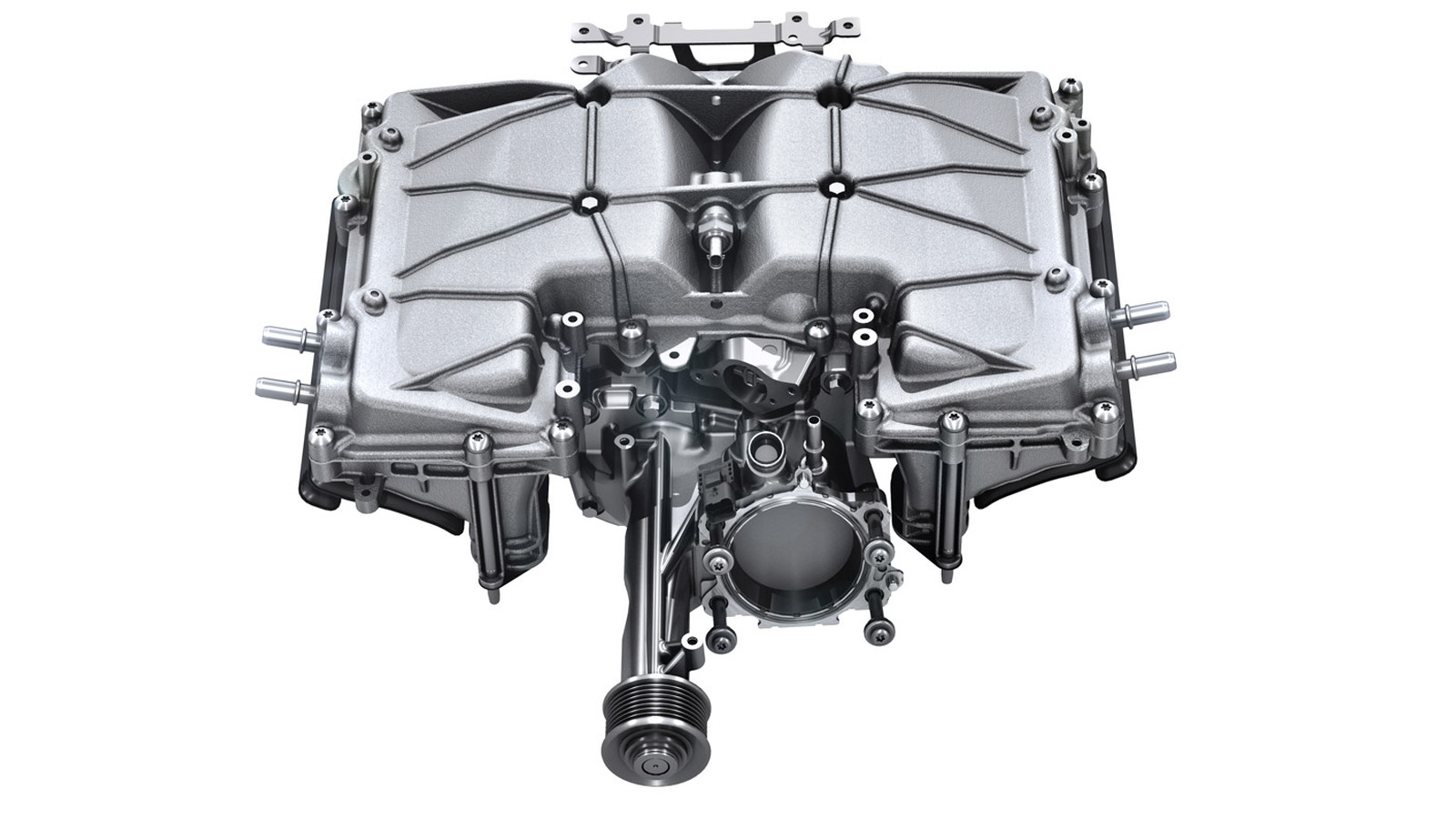 14
photos
As we continue our ongoing month of coverage of Jaguar's return to the sports car world with the 2014 F-Type, we now take you into a more in-depth look at the car's mechanical and other aspects. Today, we begin with the V-6 engines in the base F-Type and F-Type S.

Displacing 3.0 liters, the aluminum V-6 engine in the F-Type is very similar to the one offered in the new XJ and XF sedans as well as the 2014 Land Rover Range Rover Sport--right down to the 340 horsepower rating.

Developed from the 5.0-liter V-8 also used by both Jaguar and Land Rover, the V-6 engines, thankfully, don't feel like truck engines--despite delivering 332 pound-feet of torque in base form.

A 10.5:1 compression ratio is enhanced by a Roots-type twin-vortex supercharger mounted in the V of the engine, between the cylinder banks. Jaguar says it chose the supercharger over a turbocharger for increased response and reduced pumping losses. An 84.5 mm bore and 89 mm stroke make the engine slightly undersquare.

Automatic stop-start is also standard on the F-Type. When active, the stop-start system shuts down the engine as soon as the car comes to a stop and the driver's foot remains on the brake pedal. The engine then automatically restarts when the brake pedal is released--Jaguar says it does so quicker than the driver can move their foot to the accelerator.

Should you change your mind about the stop (or the start), a twin-solenoid system in the stop-start system allows the engine to spin back up even while it's turning off, providing seamless power--while still saving up to 5 percent in fuel and emissions the rest of the time.

Other features of the V-6 include four valves per cylinder, the cylinder heads and valves also constructed of aluminum--recycled aluminum in the case of the heads. Dual independent variable cam timing helps to optimize airflow across a range of engine loads and uses, maximizing power and efficiency.

Spray-guided direct-injection fueling sends gasoline into the cylinder at pressures of up to 150 times atmospheric (2,175 psi), which is then ignited by spark plugs indexed and oriented to a precise position within the combustion chamber.

In the F-Type S, power output is raised by 40 to 380 horsepower, while torque rises to 339 pound-feet. In this state of tune, the engine generates the highest specific output of any Jaguar engine at 127 horsepower per liter.

To easily spot the V-6-powered F-Types on the road, all you have to do is look at the tail pipes: if there are two tucked in the center, it's either the F-Type or F-Type S; if there are four, two on each side, it's the F-Type V8 S.

If you've missed anything so far, you can catch all of our 30 Days of the 2014 Jaguar F-Type coverage here. Be sure to read our F-Type first drive (and watch the video!) if you haven't already, too. In our next segments we'll be taking a closer look at the V-8 engine, the eight-speed Quickshift automatic transmission, and other oily bits of the 2014 F-Type.