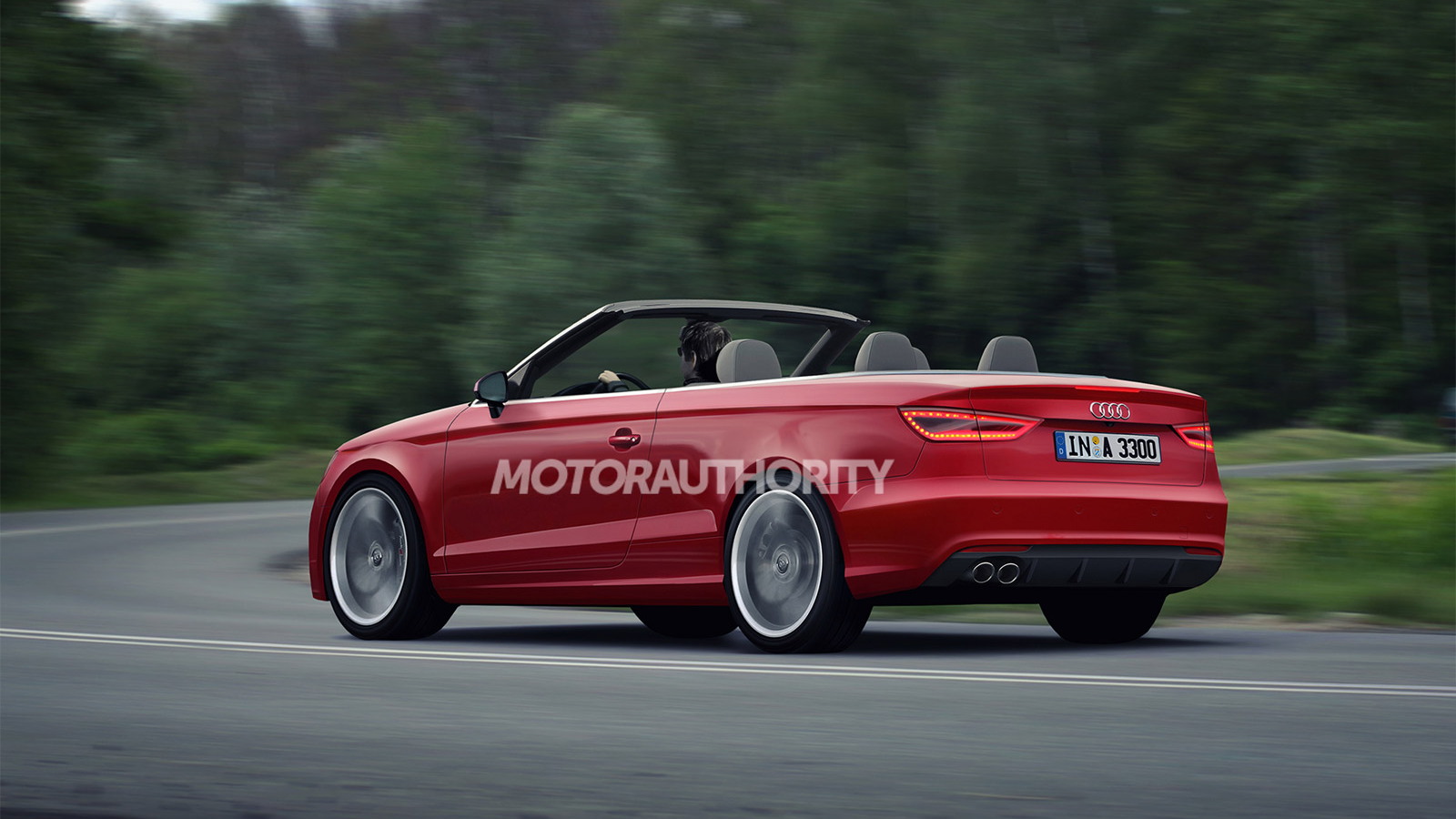 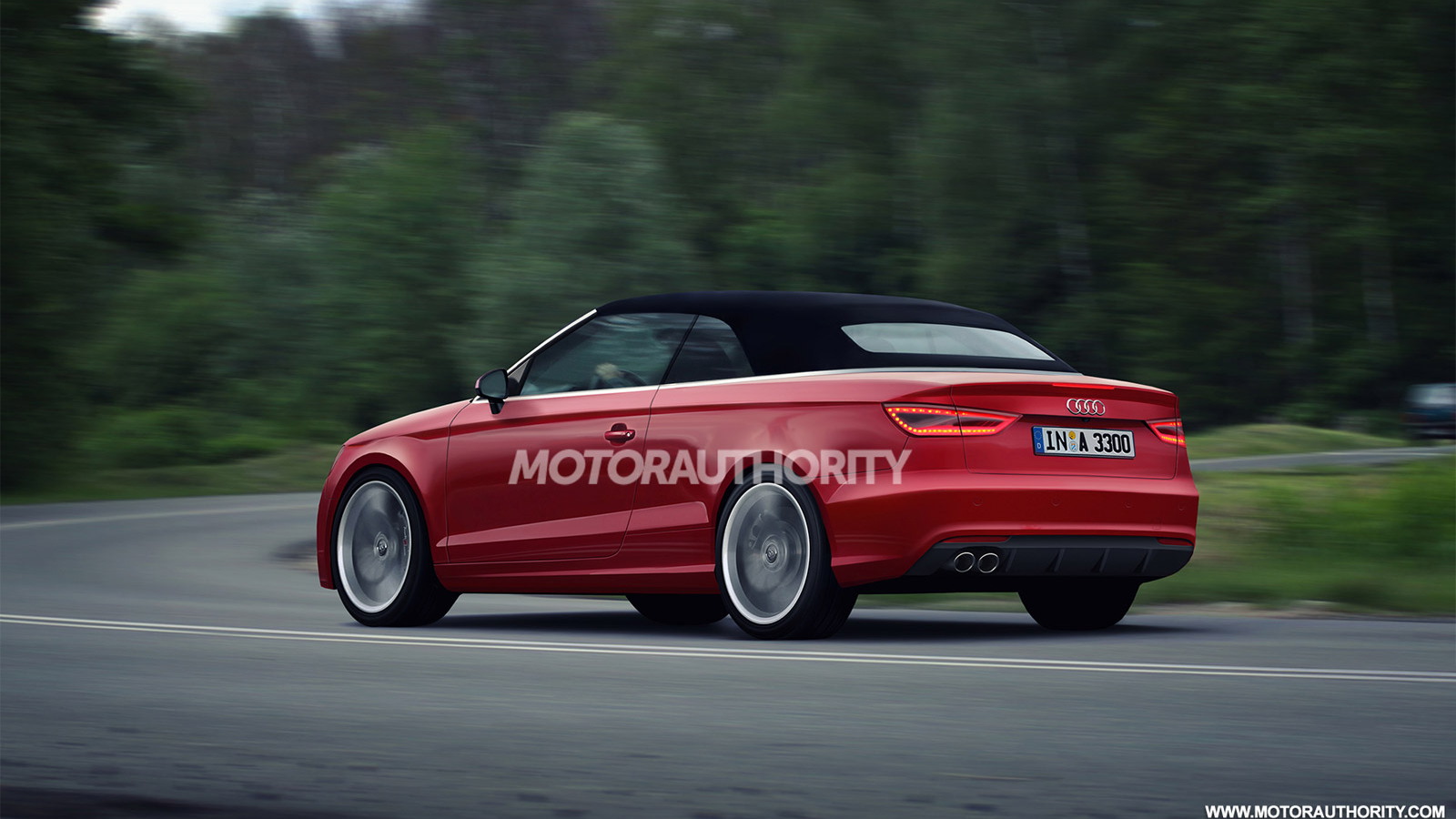 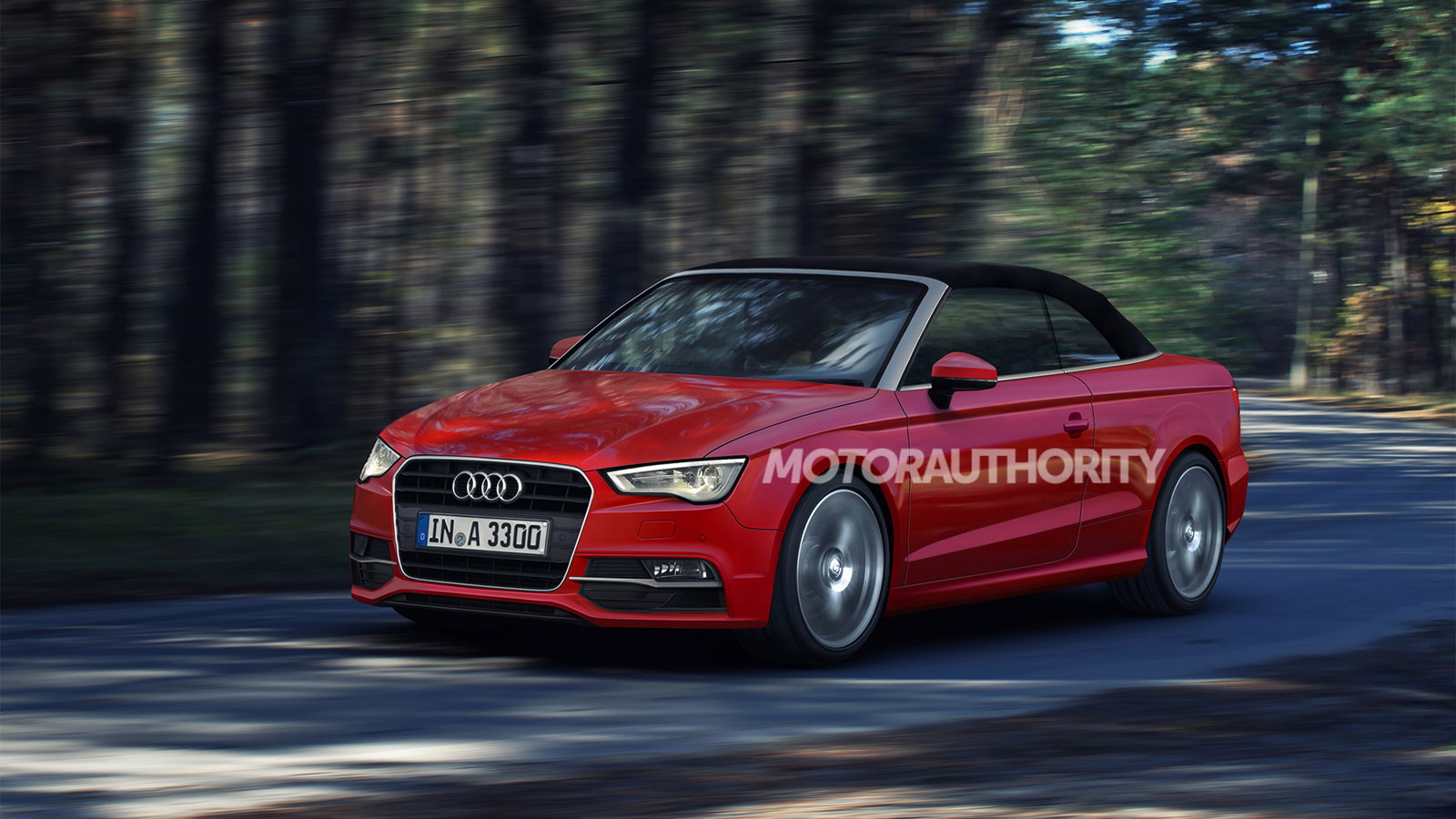 8
photos
The latest generation of the Audi A3 was revealed a year ago and so far has proven a sales hit in Europe, thanks mostly to its fuel-efficient MQB platform and tasteful styling. However, the car is still not on sale in the U.S.

Audi is waiting until the arrival of a brand new A3 Sedan due later this year before it rolls out its local launch of the latest A3 range, which most likely will happen by the start of the 2014 model year.

We say A3 range, as we’re not only expecting the new A3 Sedan in the U.S., but the A3 Sportback and an A3 Cabriolet as well.

We’ve already spied the A3 Cabrio and its sporty ‘S3’ variant testing in prototype form, but these computer-generated renderings give us a fairly accurate look as to how the new convertible will be styled.

The new A3 Cabrio will be bigger than the model it replaces though it should still be small enough to prevent cannibalizing sales of the larger A5 Cabrio.The car’s only direct rival will be the upcoming 2-Series Convertible from BMW, which replaces the current 1-Series Convertible, although we could eventually see a convertible added to Mercedes-Benz’s new small car family.

Inside, owners will find nice round dials and air vents, plus plenty of leather. Audi's latest MMI interface system will handle the media and navigation functions, with displays of either 5.8 or 7 inches available.

Look for a debut of the Audi A3 Cabrio sometime next year, which means you can expect a 2015 model year arrival.