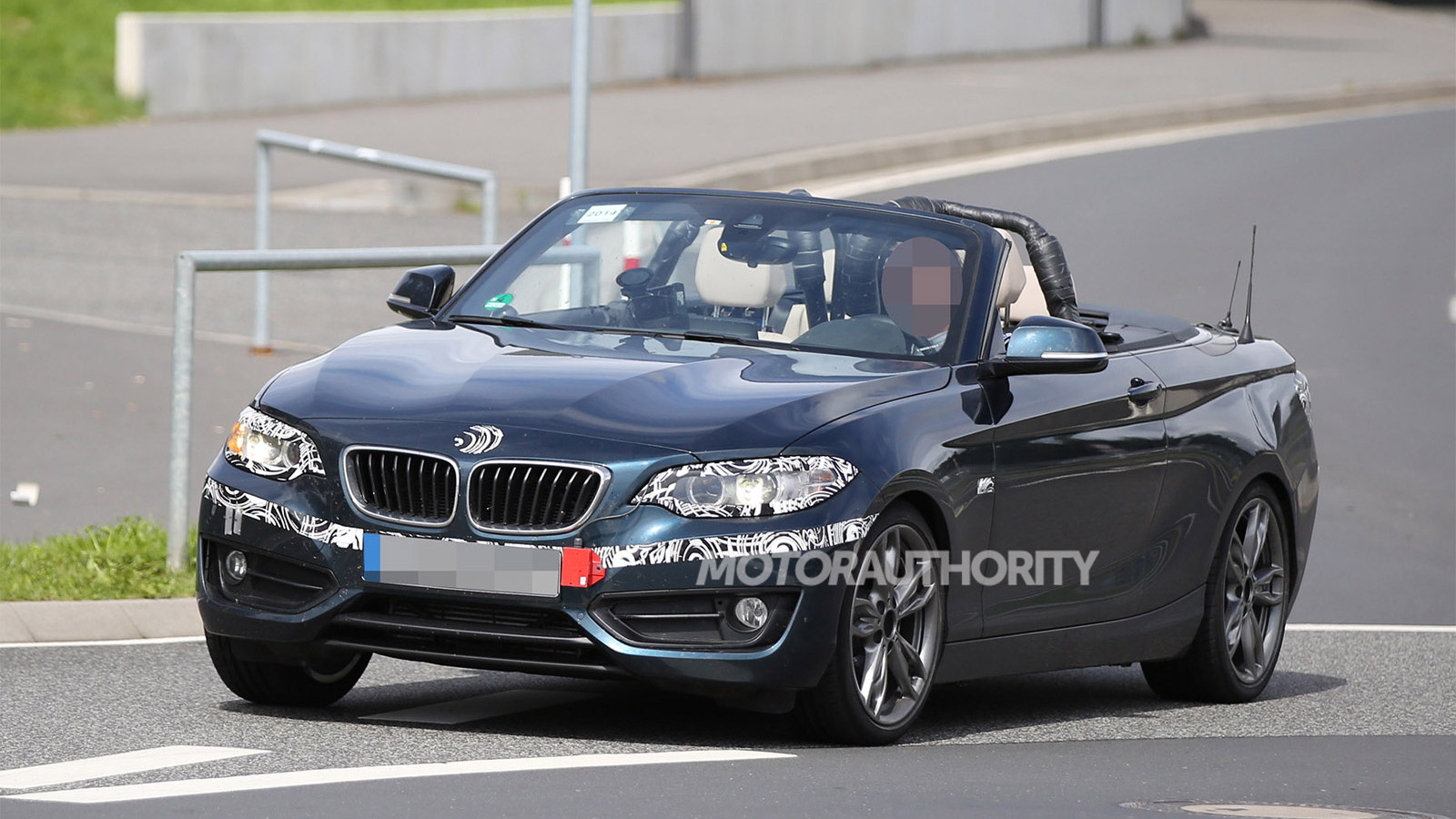 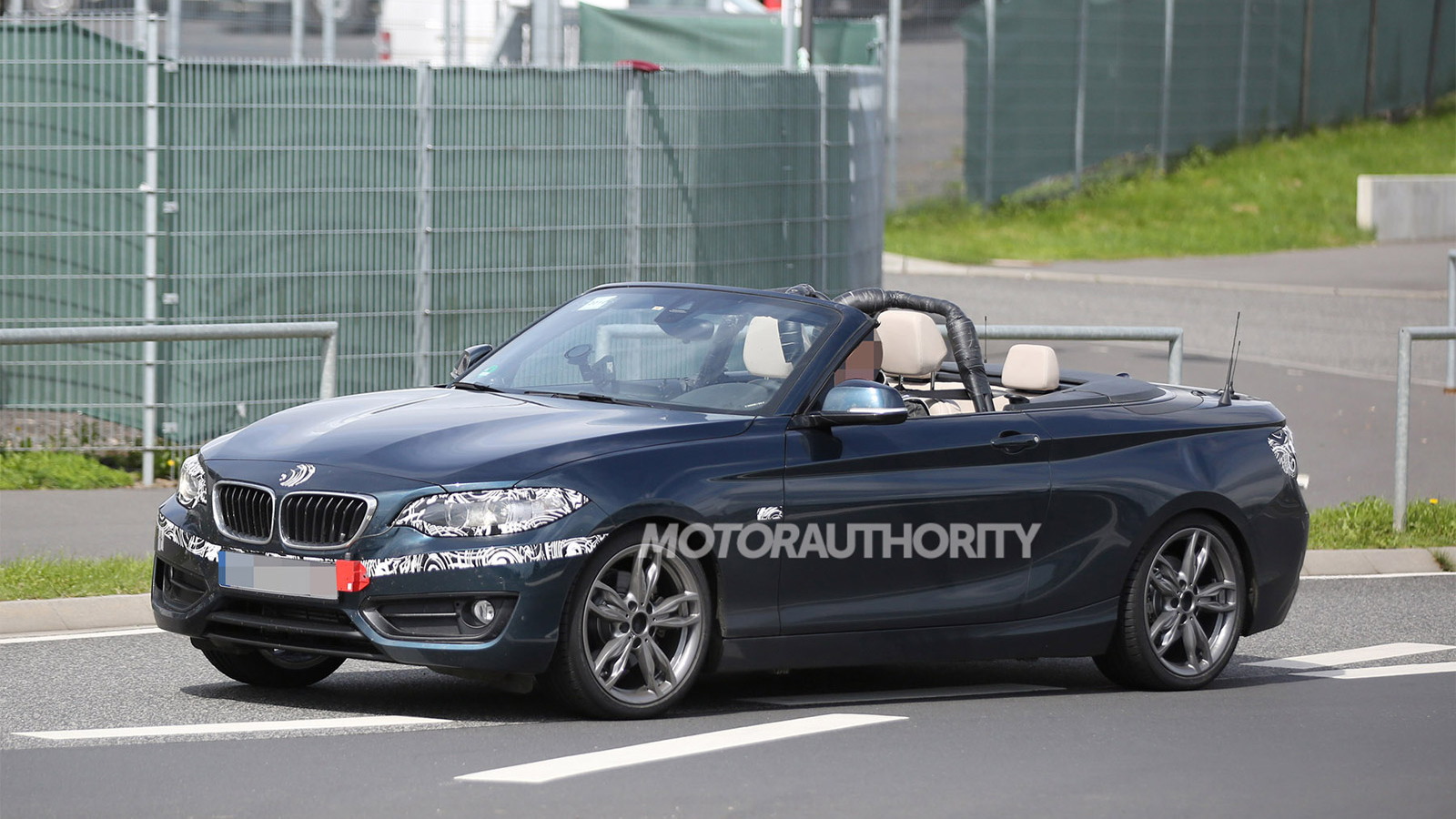 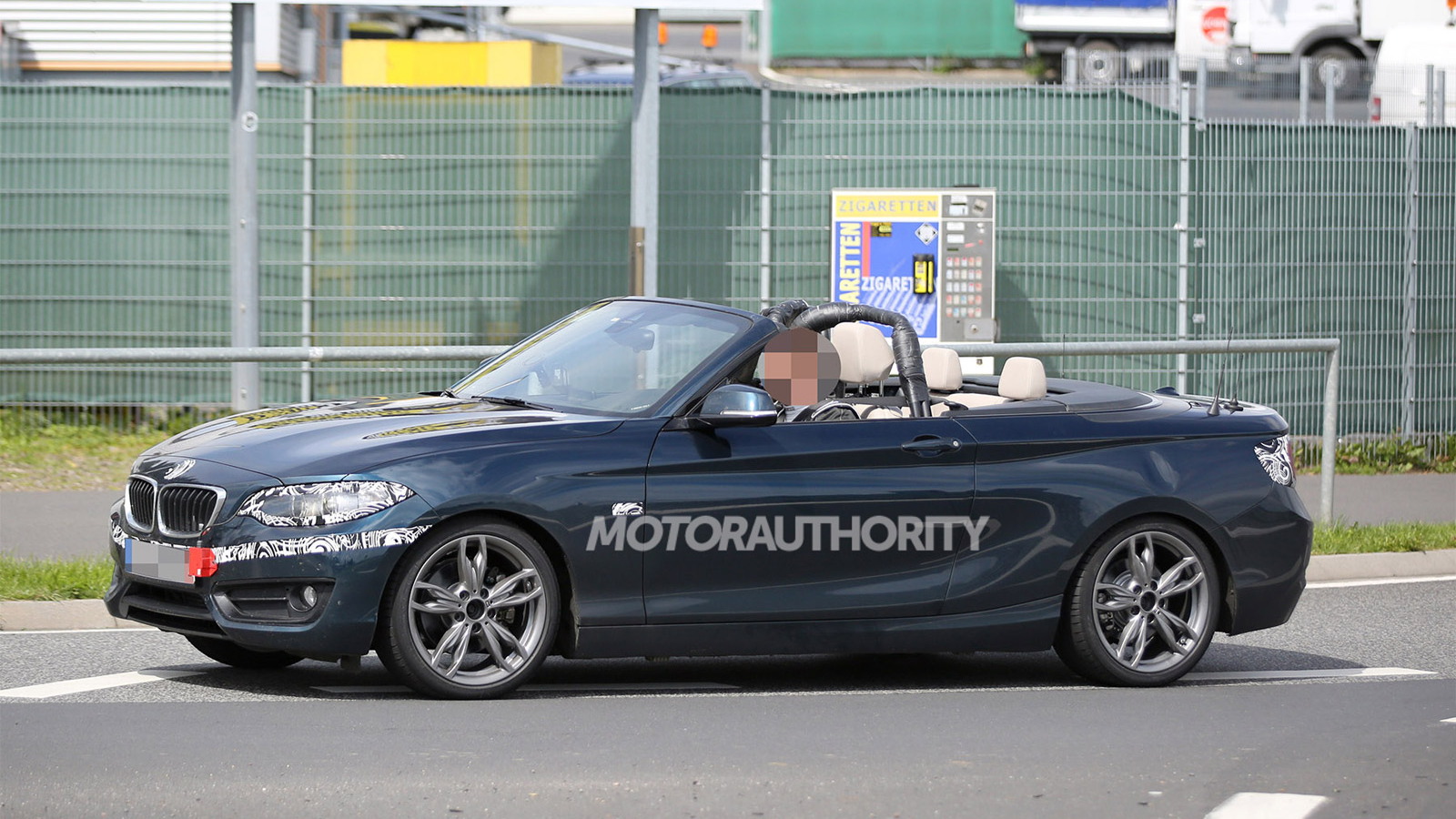 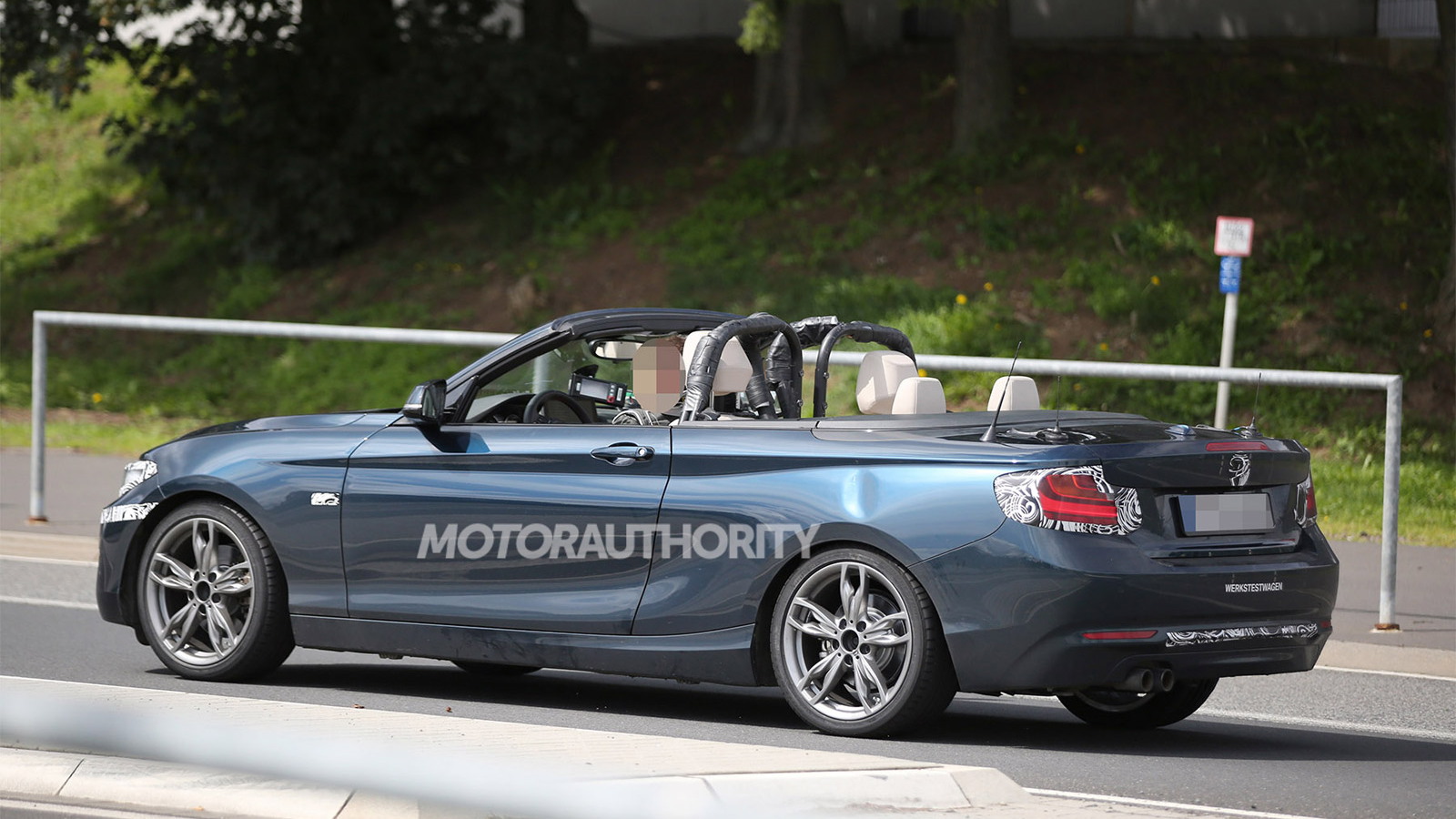 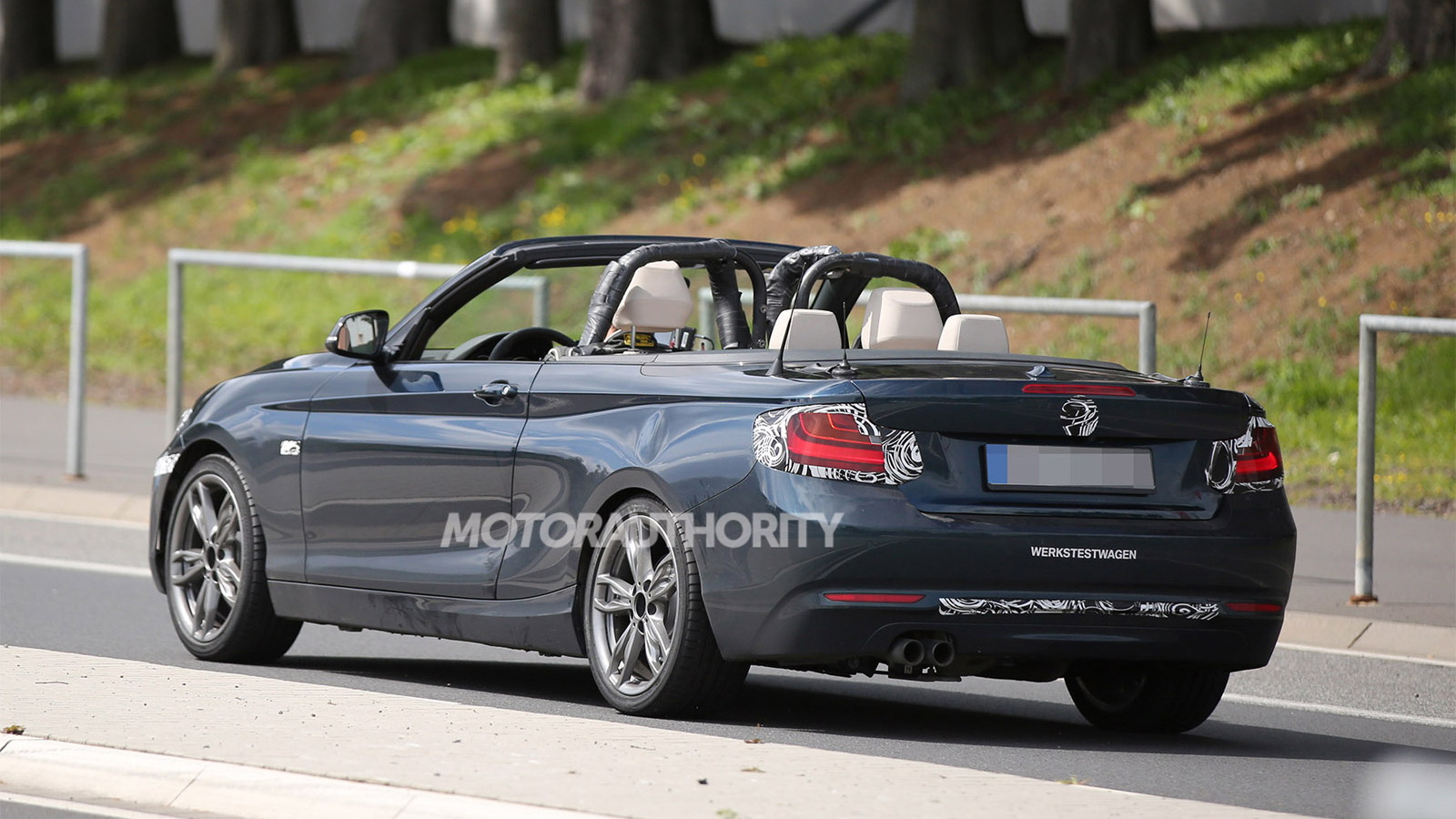 43
photos
BMW’s new 2-Series in coupe form has been on the market for several months and has proven to be a bundle of fun, particularly in M235i guise. But there are plenty of other additions to the 2-Series family on the way. One of these has already been revealed in the form of the 2-Series Active Tourer, and not long ago we posted some spy shots of a hot M2 model. Now we’ve got our hands on a set of shots showing the upcoming 2-Series Convertible.

Expect the engine lineup of the 2-Series Convertible to match that of the 2-Series coupe, meaning a base 228i model powered by a 240-horsepower turbo four and a sporty M235i M Performance model powered by a 322-horsepower turbo six. Both models are featured in the spy shots gallery, with the M235i identified by its aggressive bumpers and uprated wheels, tires and brakes.

A six-speed manual should be standard and joined by an available eight-speed automatic. Drive will go to the rear wheels only but eventually an xDrive all-wheel-drive option should be offered. The xDrive system has already been announced for the 2-Series coupe.

A debut for the 2-Series Convertible is expected later this year, with sales likely to commence next spring, meaning we could see it as a late 2015 model year entry. BMW may end up delaying it until the 2016 model year, however. The starting price should be a couple of grand above the base 2-Series coupe's $33k sticker.